Hi there, I’ve been poking round the interior switch panel area recently trying to clean up my mismatch of switches and awful splices from the dimmer plug that a P/O used power the rear fog light and noticed this black connector with 8 positions (7 of which is present with terminals) that’s also part of the loom for the front fogs/HRW (white 6 position plug) and illumination dimmer (blue 6 position plug), anyone have an idea of what it might be for? 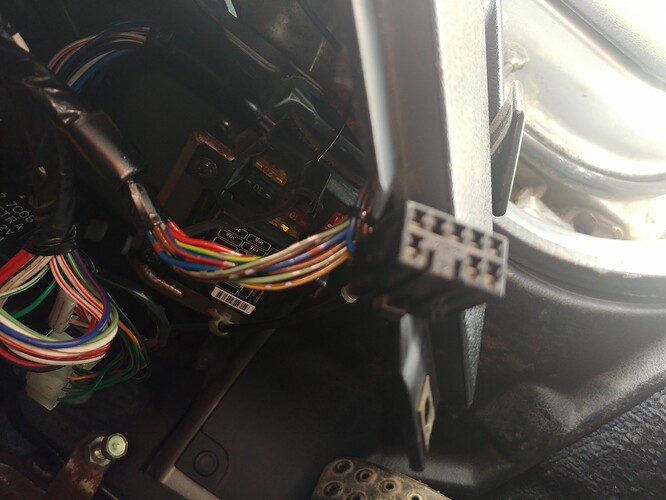 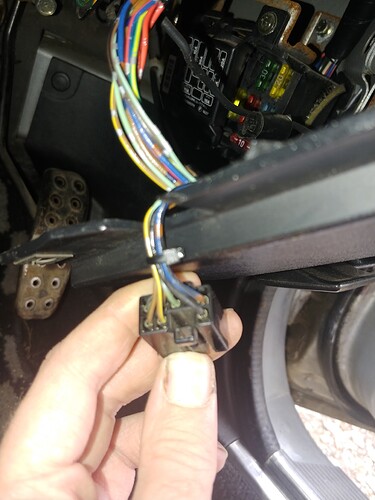 Apologies for the poor pictures, autofocus having a mind of its own!

Thanks for the reply Dave, it’s not the plug for the HRW / Fog light switch as those switches are already installed in this car on a white plug with 6 positions, which I believe is OEM.

Mine in a 94 Eunos and had a similar plug which was for the special switch which at the time had to be ordered from Mazda Japan. You say that these switches are already installed could it be that PO has spliced into this wiring somewhere to enable a HRW & a front lamps switches to be installed? The special switch allows both to be operated and frees up a slot.
Dave

Looks very much factory loom to me apart from an adapter for the combined fog / hrw plug that splits it into two plugs. I’ve actually ordered that combined switch from japan myself so I can delete the adapter and clean up the looks as I personally don’t like the rocker switches.
Here’s some more pics that might help: 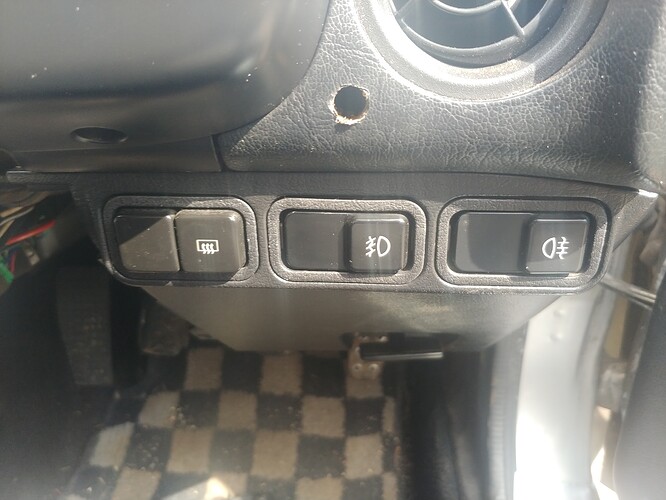 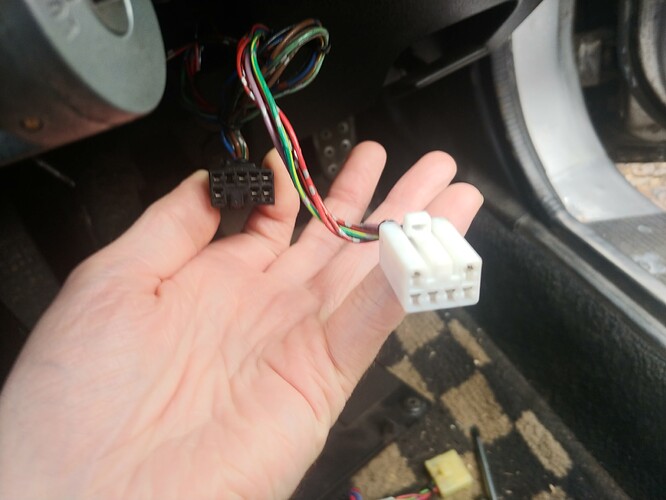 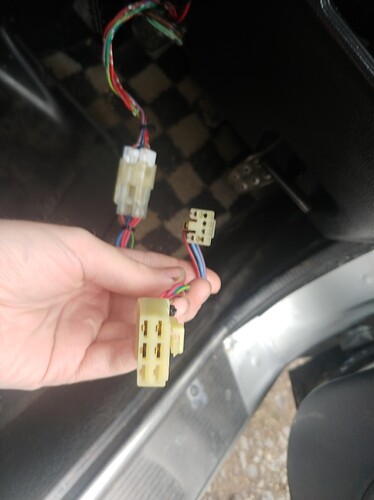 Just a thought, electric wing mirrors, mine has the switch down there.
Dave

Can’t think of much else, do you have a WM with wiring diagram, might be able to identify what the plug is for from the wires. I have UK Mazda manual for the 94 cars if it will help I will photograph the page and send it over. Can’t remember it it includes the front fogs but it does have the electric mirrors.
Dave

Entirely off-topic (sorry) but I wonder if that allows you to see why people fitting LED headlights to UK Mk.1s seem to find their headlights won’t go down. It’s a thing I’ve seen several times, mostly over on Facebook rather than here (perhaps that’s an age profile thing

) but it only appears to affect UK cars rather than Roadsters so I suspect it’s something to do with the dim-dip system fitted to UK & European MX-5s but not to Roadsters or Miatas.

I suppose it might be something more subtle even than that as so many UK Mk.1’s have had their dim-dip nobbled in some way or another so it’s hard to guess how they’re now wired. To be honest, over on Facebook it’s hard to guess what model of car people are asking about as your lucky even to get “my Mk.1” rather than just “my car”.

Anyway, off-topic digression over. Just thought I’d ask as I’ve seen Roadster and Miata diagrams but never an MX-5 one.

Thanks for posting the link. I wasn’t aware the switch had been found to exist. I had the demister + blank version in my last Mk.1 and now I’m wondering if this demister + fogs version might be cunningly repurposed as demister + illuminated side markers.

Electric wing mirrors is a good shout, I wasn’t even aware that other markets than the US even got electric mirrors. Would the loom even be fully present? Seems like something to potentially think about for future as I’m all for creature comforts, I’m even considering the idea of retrofitting heated seats from a mk2 in the car.
I’ll see if I can try to find / decipher a japanese wiring diagram and report back my findings, if you could post the pic from the UK manual that would also be very much appreciated.
Cheers,
Jacob.

Sorry only just seen your reply. If your loom is like mine you will find that the electric mirror looms finish in the A pillar with another connector that is very difficult to get at. You then have to source the looms that fit in the doors that run the speakers, electric windows & the mirrors. These are a bit like rocking horse droppings to find. I contemplated making my own mirror loom but as I said getting at the connector in the pillar is very difficult. The mirror switch you can find on eBay sometimes but the looms are rare and often in the States, or were when I was looking. Be aware also that whilst you can find the electric mirrors you cant get or replace the glass if it is broken, don’t ask how I know.
I fitted an after market seat heating kit to my car as I too like the creature comforts especially in the winter.
I will find my manual tomorrow and photograph what I can find that is relevant.
Good luck
Dave

Ok looked at WM wiring diagrams and as I suspected the UK manual does not cover the front fog/driving lights. I have looked at my switches HRW/FFl on the right and Elec Mirrors on the left, not sur if what you are holding is the E Mirrors. 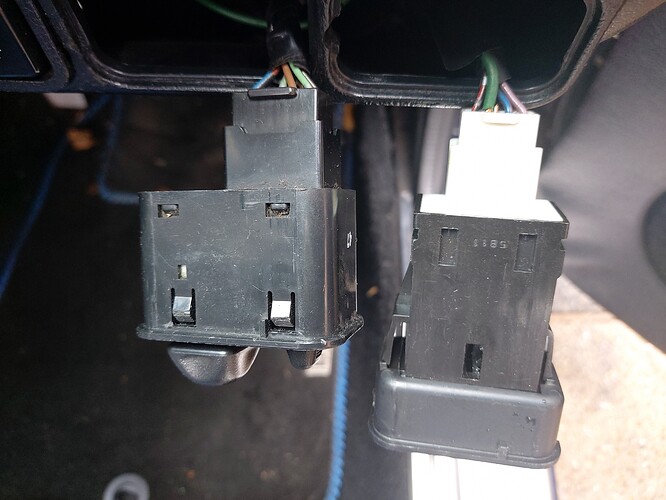 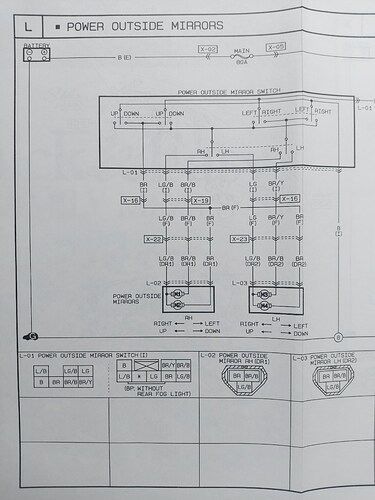 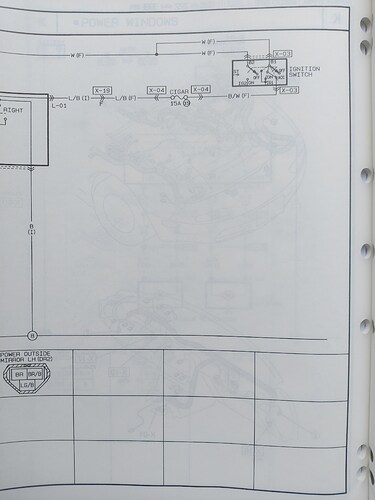 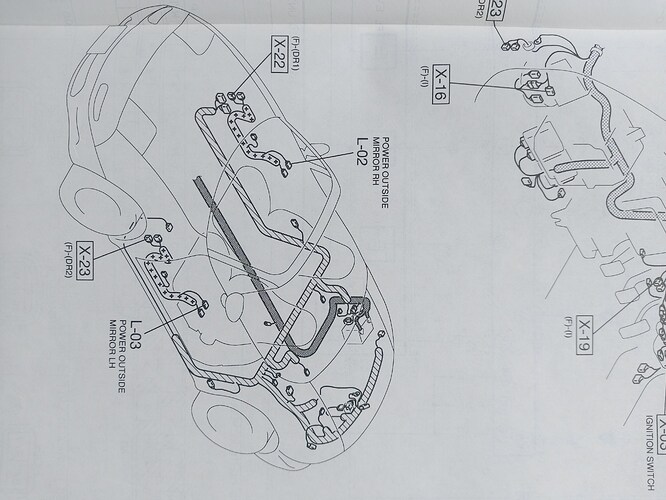 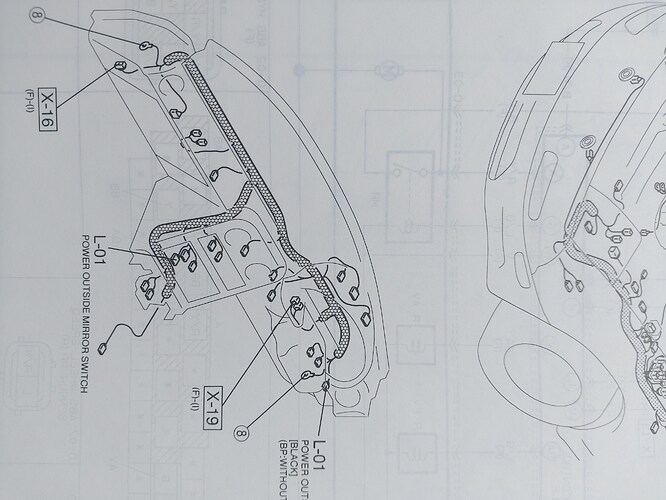 Hope these are of some use.
Dave

Many thanks Dave, the rightmost L-01 “Power outside switch (without rear fog)” does seem to match the colours on my mystery plug. So I think we can safely say that the mystery is solved.
Thanks again for the effort in scanning and posting those pages in your manual, hopefully will be helpful for me in the future and others too! Cheers!