I have found a cone shaped plug/grommet lying in the space under the nearside headlamp. Before you ask I was adjusting the pop up headlamp lids so everything was out of the way. And there it was, minding its own business laying in the void. Logically I thought it would be reflected (no pun) on the offside void and sure enough there was a grommet inserted top downwards in a hole. Looking more closely it would appear that this one had a base (of the cone) unlike the loose one which also looked as if it had had glue on at some time. For the time being I have just pushed it down into the hole but…

Any thoughts, comments or advice

I am thinking that the cone is the bit of the grommit that goes through a hole and holds the main piece in place. Probably snapped off before your time and previous owner glued main bit in place not seeing the other bit.

Thanks Dave and Rhino
Picture and 1000 words. Well here is the pictures - Ignore the torn off fragment of glove . It does not signify or mark anything
Let me know what you think 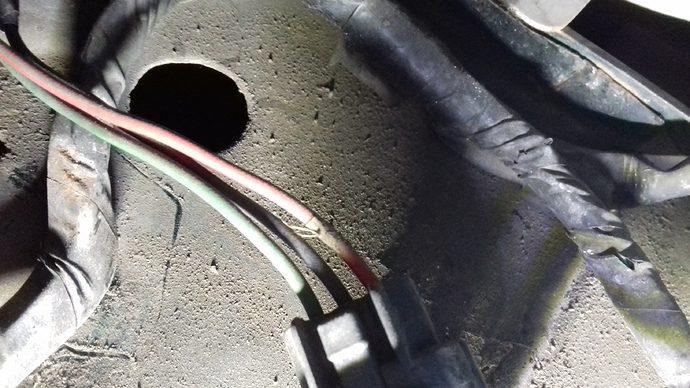 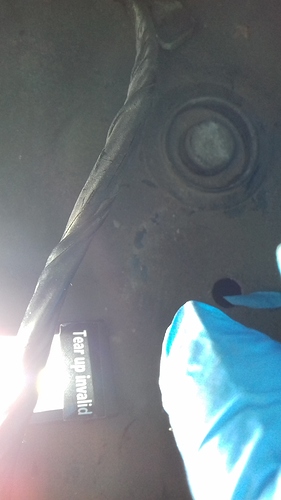 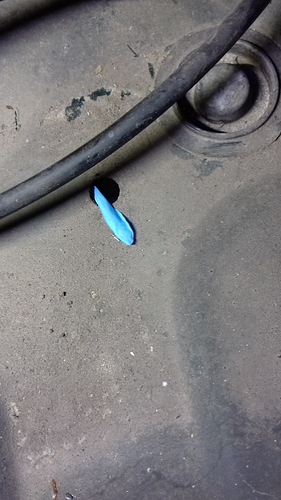 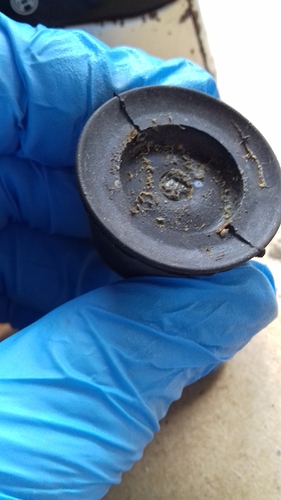 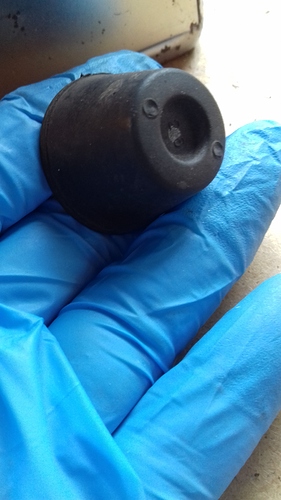 The cone shape looks like a landing rubber, where something closes down onto, to stop it rattling about.

It’s raining cats & dogs at the moment, when it clears I will go and have a look at mine and see what I have got under there.
Dave

I know what it is

There are four rubber buffers for the bonnet - two on front panel just ahead of radiator and another 2 just behind the headlight pods. That looks like one of the rubbers that fits above the headlight pods.
All of these are secured with a cone shape piece. Your securing piece has broken free as originally suggested.

Rhino
You are quite correct, don’t know why I didn’t look there.
Which begs the question about the hole underneath the headlamp where I fitted the rubber cone. Must be missing the correct rubber grommet from there as well.
Just removed the remnants with some difficulty as you can’t see the underneath retainer. Got to replace it now. Mazda dealer or mx5 parts? And some spray paint to mask where it’s been chewed.
Thanks to Dave (stay in the dry mate) and Richard for assistance

I think the ones on my 1997 MK1 are adjustable but yours are not.
Mine can be screwed in and out to adjust height on a rubber thread.
Why not just stick it back on with a bit of carefully applied contact adhesive.
Trying to remove a 25+ year old part off another car to refit to yours not likely to be a goer.
Dealer may be able to get new part but I would not bet on it.
Bad luck that it has broken; I reckon most cars reach the scrapper will all these original and intact.

Thanks Rhino
Mazda say that the bonnet cushion is no longer available, but managed to get one from Peak Autos. Scraped the mounting bracket getting the remnant out so refurbished the bracket with wire wool and rattle can. Pleased with result.
Oh and found a right sized blanking grommet for the hole under the headlamp. Result. 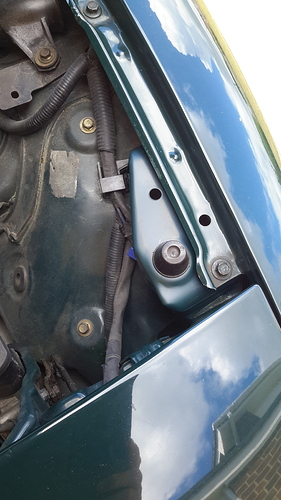