Back in the Mazda family after a 10-ish year break

I have stepped back into Mazda ownership after a break of a few years. I originally had a couple of mk1 MX5’s, then I got an RX8… since then I have had a multitude of different cars, until yesterday when I picked up a 2008 MX5 NC1 1.8 [Option Pack]. It’s fab!

It’s in such good condition (it doesn’t look like it has covered 78k miles) and the previous owner has been meticulous about its servicing, and it has been garaged as well. The dealership I bought it from have advised that the previous owner has had it Waxoyled as well, something which I will continue to do (though the intention is that I don’t use it when the roads have been gritted).

I think it is Stormy Blue, but one of the documents (from a Dealership that sold it to its 2nd owner) describes it as Bermuda Blue. However looking at http://www.roadster.blog/2013/05/roadster-colour-codes.html I don’t think that’s a colour for the NC?

So top of my list of things to do is change the headunit. It has the standard 1.8 HU with no Bose or anything like that. I have a Sony double din that I have taken out of my last car (an Alfa Romeo Brera - which is for sale if anyone is interested!!!) but my boyfriend thinks I should try and keep the car looking as standard as possible. However not having bluetooth, handsfree calling etc is already doing my head in and I have only had it 24 hours!!

Other than that I will keep it as is for a while. Maybe at some point I will think about a performance air filter, different exhaust, etc - but for now I am just going to enjoy it, and make the most of whatever sunshine comes my way (I have a new bobble hat to wear when it’s chilly - which I wore yesterday - cheesey photo attached!!). 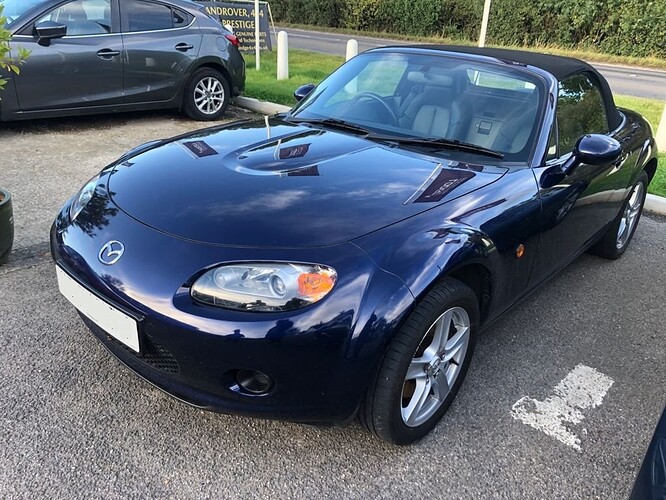 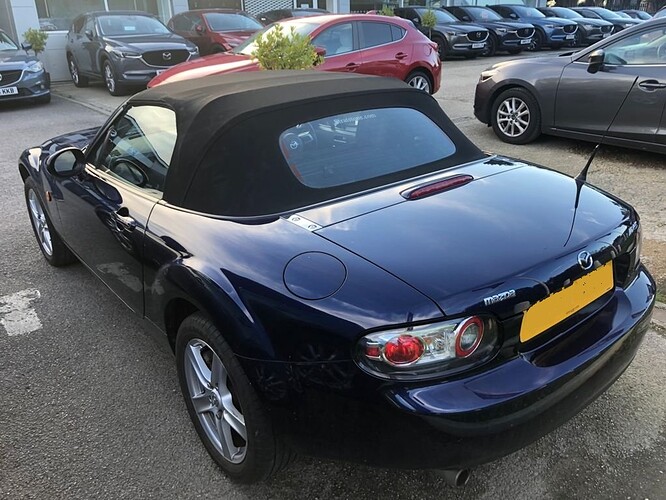 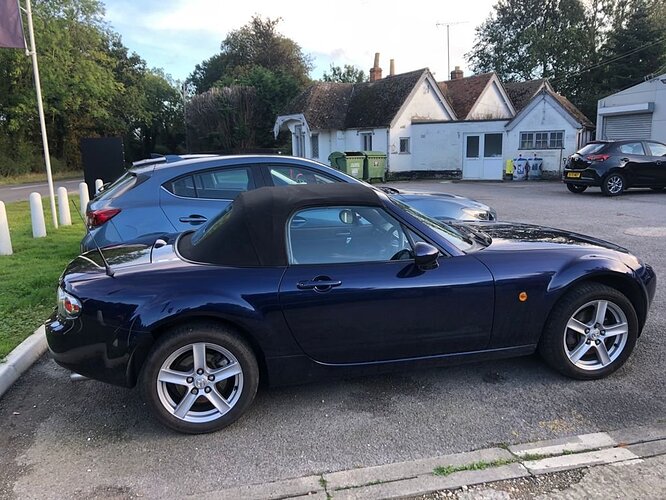 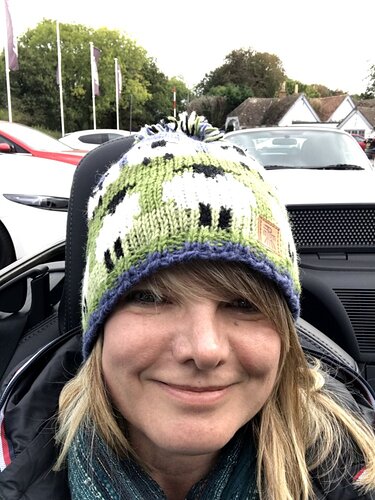 Welcome back, Bermuda Blue is new one so Stormy probably nearer the mark

From the pictures looks like a very nicely presented car!

Looks very well preserved & unmessed with.
Bit like me.

Hope you get some hood down jaunts in before Autumn bites.

My 2007 Stormy Blue was similar to your car. Welcome back to MX5 ownership ! 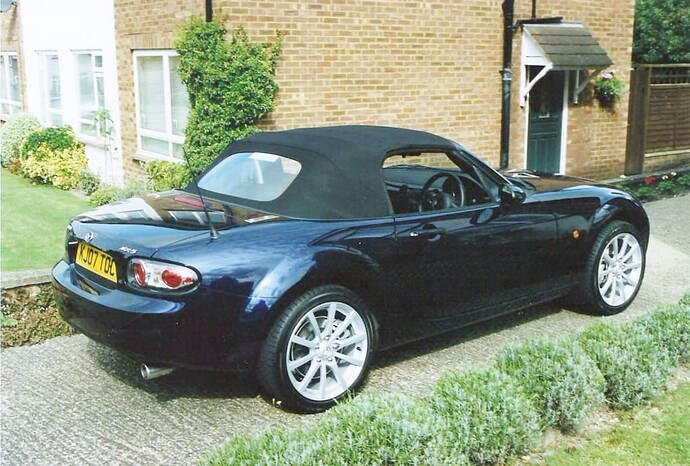 Hello and welcome from Nottinghamshire… Enjoy!

Your New Car Looks a Beauty

Have You Named Her/Him Yet

Looks like a great find indeed.
I agree with keeping it looking standard, but I think it could do with being lowered, like all non-Sport early NC’s.

Haha no I am still trying to decide on a name! I’ve named some of my previous cars… Bertie (Beemer), Fifi (a white Fiat 500 that was perpetually filthy!), Poppy (she was red), Murray (the Mini)

They all seem to end “eee” so I need a name for this one along the same lines. All suggestions gratefully received

The Obvious One is : Beauteee

As In Horse Power ?

Way Too Girly For Me !

I Thought We’d All Decided That the MX5 is NOT a Hairdressers’ Car !

[Apologies Assimilate1 whilst we talk amongst ourselves]

Some great name suggestions! So I went onto Wikipedia and looked at the characters in Black Beauty - there’s a ton to choose from…

There’s also Joseph (bear with me on this one), so I could go for Joey - and the letters in my reg are OE YSJ

so it’s an anagram of my reg

Welcome Even More From

[When You Have Time You Will Find So Many Cat Owners on the MX5 O.C. Site]

'Cos U There Already 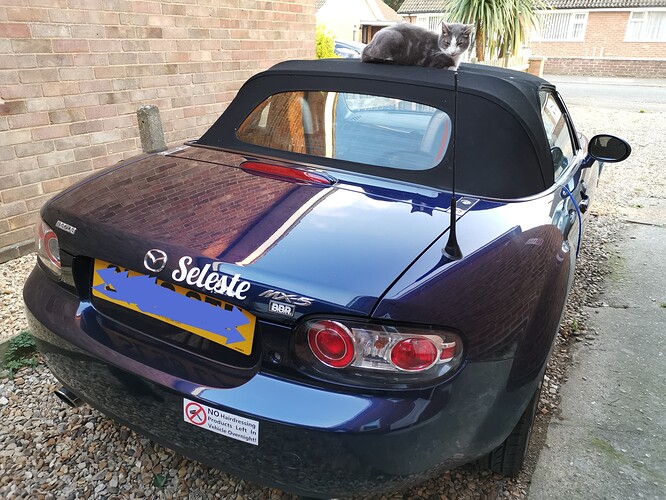