Contemplating moving from mk1 to a Mk4

I’ve had my mk1 for nearly four years now, done a lot of work to get it to it’s current state where it’s great to drive on short and long journeys (European tours) The next logical step would be to either supercharge or turbo it but I think that would spoil it’s character and I have already done that in the past to my old mk2. Plus I don’t think it would add any discernible value to the car.

I like the idea of the mk4 and the added safety features, plus the great road test feedback that compares the driving experience to a mk1. I wouldn’t be able to justify a new one so would be looking at an early mk4. Ideally I’d like a 2.0 sport but if a 1.5 comes up I’d consider it with a view to getting the BBR tune at a later date. I’m 6’ 2" so either way I’ll need to do the retro fit of the reach adjusting steering column which seems to be fairly well documented in the US and is a $340 modification using new Mazda parts.

Quite interested in some of the cars coming up damage repairable on Copart at the moment, but only the ones without structural repairs. Anyone else moved to a mk4 here from a mk1 /mk2 ? or tried the damage repairable route

I have seen that the retro fit of the actual adjustable column is quite straightforward, I do believe though that there was added bracing somewhere as part of the move to enable its fitment which isn’t replicated by only changing the column.

One to discuss carefully with the insurers I would suspect.

Interesting, I heard that Mazda issued a service bulletin for their cup cars so it may be that the bracing is mentioned there. There’s also a quicker route of a steering wheel spacer which has been used for a few years, this puts the column stalks further away but you get used to that fairly quickly.

Good to know thanks, I sat in one a while back at a dealers whilst I was waiting for a part for my mk1. I seem to remember my knee was very close to the steering wheel but it was a few years ago and before the reach adjustment came out, other than that I fitted fine.
I guess I’m spoilt by my mk1 it has loads of room with a Elise 111s drivers seat, bespoke seatbelt receiver, 20mm steering wheel spacer and Momo prototipo wheel. All add up to lots more room, but it means othe rpeople can’t drive it if they are shorter than me (including my wife!)

Even more interesting, lower seat rails I will start googling!

In short I like to have new cars and not worry too much about MOTs etc. or out of warranty work.

However for the longer read …

Once upon a time there was a Dad who had a lovely Mariner Blue, rust free, Eunos. His Son badgered him to have it and Dad promised that if he could insure it for less than £1000 then yes he could have it ( stupid I know now ok! ) that day came so Dad gave up the Eunos and used said Son’s Polo as PX on a Sport Graphite Mk3.75.

Then the 25AE came on the radar and I couldn’t resist that, but then out came the MK4 and with a little regret I changed the 25AE.

I bought the 1.5 and was more than happy with it but where I was doing motorway driving a lot I wanted a bit more oomph so swapped that out for the 2.0 which was great for that type of driving.

Things at home changed ( no! no need for the Simon Mao music for those who are as old as me ) and I need to swap to a practical car ( apparently ) so I had to give up the 2.0 for a Mazda 3 2.0 Sport (5 seats being ever so practical you see). But hooray times changed again and having 2 big cars is no longer necessary and so the 3 went and I am back in my beloved 5. I chose to go back to a 1.5 because I actually enjoyed driving it more.

And you are correct Carl the reach makes a big difference.

… you did ask for the story right?

So what happened to the Eunos I hear you ask, okay you probably didn’t but for completeness sake …

) and added some toys to it but then one day on the M3 “it decided” to find out what the barriers felt like. No injuries and no collateral damage thankfully and there was too much too repair but it did get resurrected and now looks like this. 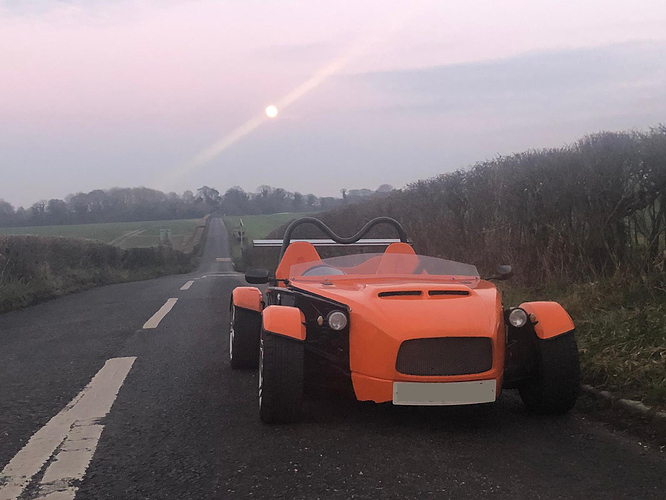 That’s some car history in a relatively short time

makes me feel better about changing cars I used to do it every year, although recently I’ve had the same daily driver for the last 3 years and the MX5 for nearly four years. I’ve had a mk1, mk2 and mk3 in the past so the mk4 would make a set!

I have a 2015 ND SE-L Nav 1.5l with 130bhp and a 2019 ND 30AE which is a 2.0l with 183bhp. I enjoy them both and as has been said the original ND 1.5l is the 21st century version of the NA and great fun to drive. The 30AE with the latest 2.0l engine and gearbox really does have the extra ooomph when you need it. They are both excellent, although there are increasingly new gadgets and aids which I don’t need or use, so I would suggest you try both. I would point out that the earlier 2.0l engine was about 152bhp but its increase in torque was around 33% over the 1.5l and there was some case of gearbox failure when that engine was fitted to the earliest gearbox variant which was designed around the 1.5l engine.
PS: In the late '80’s I was driving round France and Spain via the Pyrenees in a 95bhp Ford so I’m sure that an MX5 with even the 1.5l engine could cope quite easily!

My only comment on you thinking about an ND would be if you are tall, long rides in the passenger seat aren’t so great. The casing for some part of the Bose system shortens the legroom that side. If you never let anyone else drive you it won’t be a problem…

Not all ND’s have the Bose system, my 1.5l doesn’t but my 30AE does, so it’s worth checking the actual car you’re looking at.

I was under the impression it’s the same plastic casing for the Bose that blocks the passenger footwell - whether Bose is fitted or not!
Otherwise Mazda would have to organise two more different footwell carpets in LHD and RHD!

Hmm, I noticed a large block of polystyrene foam under the carpet in the passenger foot-well of my Mazda3 when I fitted the dash-cams. I’ve no idea what it is for except insulation, as no sub-woofer is mentioned in the Bose option (no Bose fitted).
Of course while much of the electrical system is shared with the ND, this is not an ND.

I was under the impression it’s the same plastic casing for the Bose that blocks the passenger footwell - whether Bose is fitted or not!
Otherwise Mazda would have to organise two more different footwell carpets in LHD and RHD!

I can’t see anything “blocking” the footwell in either car. There is a slight “bulge” on the central console but it only extends for about half the length and doesn’t project into the footwell proper, also even at the narrowest point the width is 36cm and there aren’t any lumps or bumps at the bulkhead end of the footwell so I’m really at a loss to see what you’re referring to.

I know it’s weird. I can sit legs full length in the drivers seat, but knees bent in the passenger one. I completely nonplussed when my wife drove me the first time!

I just went out and measured, the passenger footwell is 3 to 6 inches shorter depending on where you measure! The floor kicks up earlier and at a less shallow angle.

My wife just confirmed, so there!

We’re lucky, on LHD cars the passenger has that lump on the side of the transmission cramping their leg space as well!

I bow to you and your good lady’s superior knowledge and experience!

There was an article about removing the polystyrene block in none Bose NDs to release more leg room but for the life of me I can not find it. It may have been in the mag.
The polystyrene block fills the void that is left in the passenger footwell when there is no Bose sub-woofer. As someone pointed out there is only one carpet shape and this is how Mazda solved that issue. The article included cutting the original carpet to reshape it to fit the enlarged ‘hole’.
May be someone with a better memory could point this thread in the right direction.