Found this in the boot of my new car?

I found this piece of trim in the car and cant figure out where it came from ? all help appreciated
willie 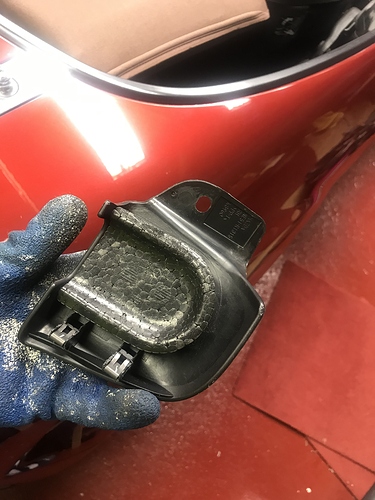 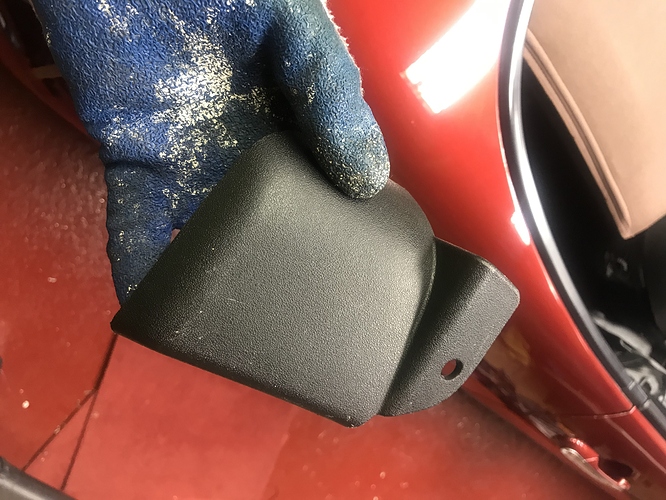 From hard top changes? As you car has the Frankenstein bolts so had a hardtop at some point.

Looking on the parts catalogue from the part number moulded into the part, it looks like it’s part of the soft top. It’s hard to tell from the diagram but it looks like it covers the locating lug on the soft top at the upper right of the windscreen. It’s described as COVER(RIGHT), WEDGE. It would seem that the same part is used to cover the “wedge” on both the soft top and the hard top, so it could have come from either.

Thanks Roadster _ robbie. Appreciate you doing the research. Ill have a good look and report back
willie

Having scratched my head I finally figured it out, yes you are correct, the reason is was not obvious is that both were missing. It does finish it off nicely. Now ill have to go and find a scrap one somewhere. thanks again
willie