I recently bought myself a pair of leather heated seats from a MK3.5 which I have installed in my MK3 to replace the fabric non-heated ones that were in my car. I’ve connected a heated seat switch to the previously disconnected switch connector on the loom, and what I can only describe as a pale orange light comes on only sometimes when turning the switch on and off. I’ve only installed the driver’s side switch at the moment as I’ve wanted to try it first.

The heater in the seat definitely works as when connected to a 12V power supply before installation in the car, it was taking around 3 amps and getting warm. With the switch on and the orange light on, which was only intermittent I was measuring 0.065A across the fuse plug which indicates to me that the seat isn’t actually heating up. Based on the wiring diagrams from mellens (page 62 here: http://www.mellens.net/mazda/Mazda-Miata-2006-2007/wiring.pdf) and a wiring diagram I have of a MK3.5 I think it should be possible to arrange something. Is there a guide anywhere on how to achieve this, I’m comfortable with soldering / electrics if some sort of controller needs to be made to get it working?

All I can say is the MK3.5 seats would have been wired to a variable switch. The Mk3 switches are just on/off so they won’t work the Mk3.5 seats as the wiring loom will differ between the two.

Not saying it can’t be sorted but that’s where the problem is, I’m no electrical whizz so can’t help.

I’m afraid your pre purchase research was rather poor as has been advised above.

Unless you can find exactly how the Mk3.5 seats are controled by the Mk3.5 switch and a possible box of tricks to prevent overheating, I would be less than happy to just switch then on via a new switch that you install.

You could either burn your bum or start some sort of electrical fire.

Therefore either a lot more homework to keep things safe or accept that it was a good idea that did not add up.

You are not the first person on this forum to do what you have done and hit a brick wall re control of the heating elements.

So I’ve solved the problem! MK3.5 seats can be installed in a Mk3, and relatively easily as it turns out. The difference is that the newer mk3.5 seats take a resistor value between 1.2KΩ (coolest) and 10Ω (warmest) to decide how warm to make the seat, and without this resistor the seat won’t turn on. Who knows why the seat worked on my power supply but not in the car but it’s sorted now

My car came with cloth non-heated seats from factory but had all of the wiring present on the loom for a mk3 heated seat to be installed. So if your car is in the same situation here’s what you need to do to install them: 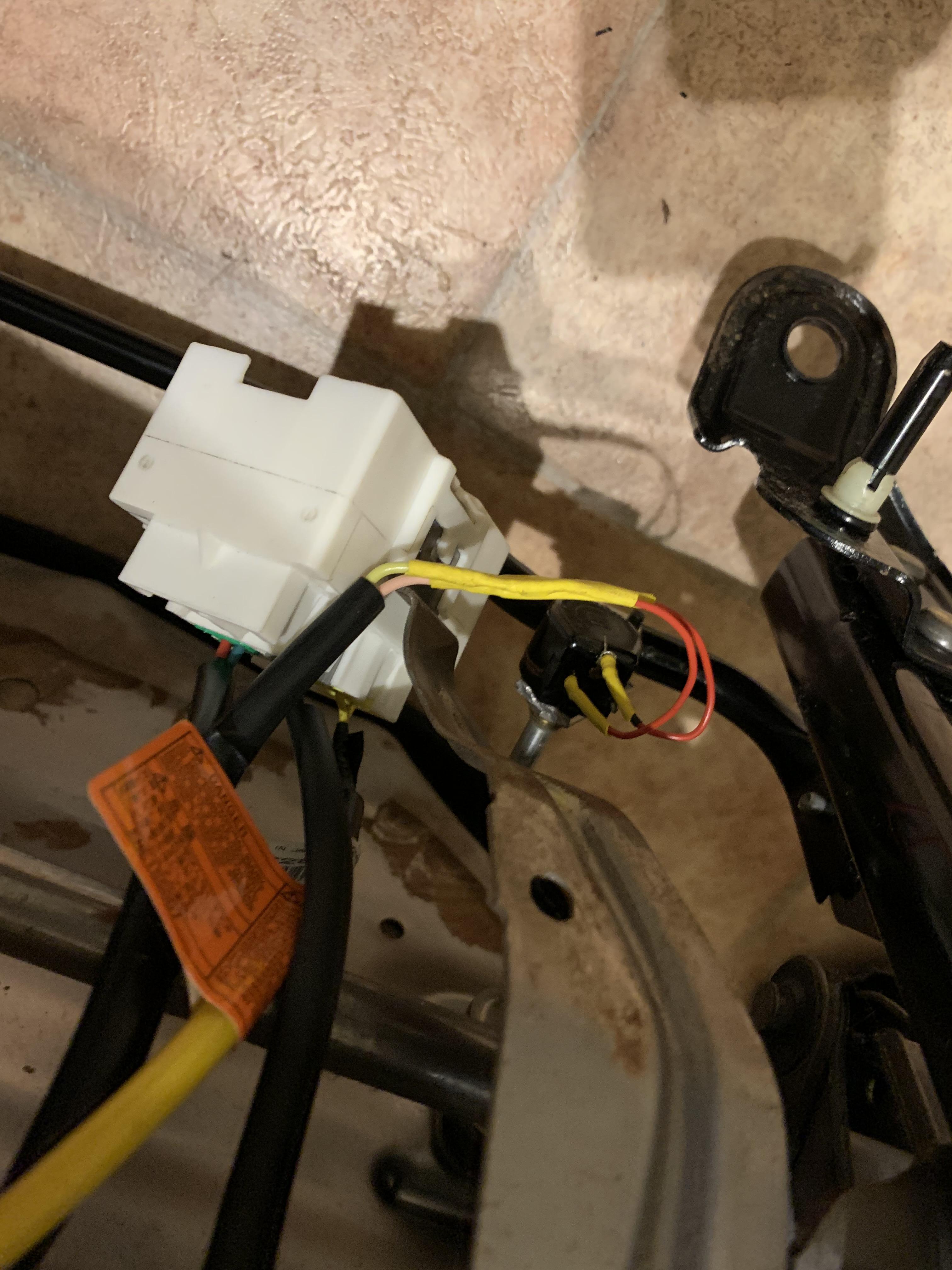 Do your leather seats look like this first image or the second image down? 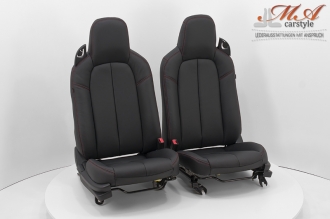 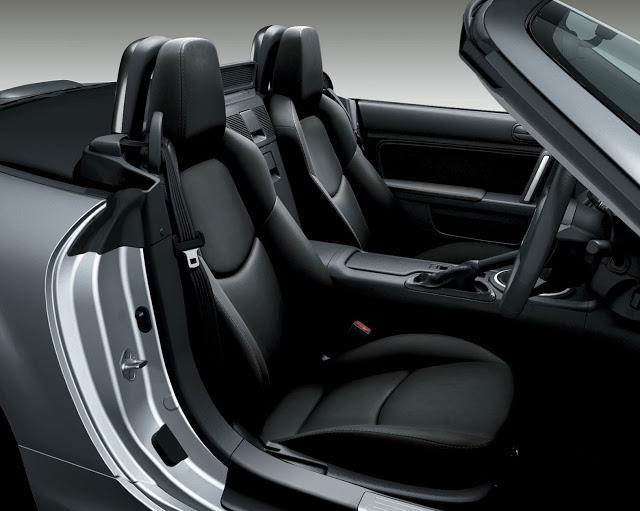 You’ve seemed to have cracked the method then of getting them to work where some have failed.

My mk3 seats take a couple of minutes to come ON!! then they go off for a few minutes then they come ON!! again and repeat.

It would be nice to know how the 3.5 switches work, there was speculation that there was some sort of PWM involved but it sounds like they might just be variable resistors

No they exhibit the same behaviour, as the seat cuts itself out at 37°C and then they turn on again at 33°C. They’re controlled by variable resistor across the pink and yellow wires, not sure if that sets the max temp or the rate of heating, not had enough chance to play with them yet.

A few others have thought the same in the past but I do believe the wiring differs (from switch to seat) on the loom from NC1 to NC2 onwards, so not really plug n play.

A few others have thought the same in the past but I do believe the wiring differs (from switch to seat) on the loom from NC1 to NC2 onwards, so not really plug n play.

As far as I can tell the NC1 seats are a lot more simple, and only require 12V to work, whereas the newer seats require 12V and a resistance value to set the heated seats.

I decided not to get the NC3 switches as the loom doesn’t support the additional two wires needed by the newer seats and who knows what wires etc might have been changed on the newer cars. But NC3 seats seem to be relatively easy to install in an older car using the original NC1 switch now that I look back at it.

Well done on not burning your bum or other areas in that region.

Good work in finding out the info.

The NC 1 cars have various parts numbers for the switch depending on the interior colour but all in a similar series.

The NC2 and NC3 have two parts numbers much different to the NC1 series but there is no guide in the parts listings as to which car takes which parts number. The numbers being.

It may well be that if you search by VIN number that will point to one of the aboove numbers.

Again happy no bum was burned or no car went on fire during your project.

Hi, could you share the mk3.5 wiring diagram please?

Does all this mean that a 3.5 with leather seats but not heated (like my Miyako) could have the heating enabled relatively simply??

I believe they are all heated and then the switch is what enables it. My seats came from a car that didn’t have heated seats optioned. You could always plug in a switch to the loom and see if it does anything to test it

Sounds too good to be true.

If it’s a matter of just plugging into the loom and installing a switch/controller, you’d think there’d be kits available for everybody to upgrade to heated seats.

I think the kit is just a dremel and the switch, at least it was in my case