Lest we forget , our Brothers in arms, if it wasn’t for them would we be able to take a little spin. 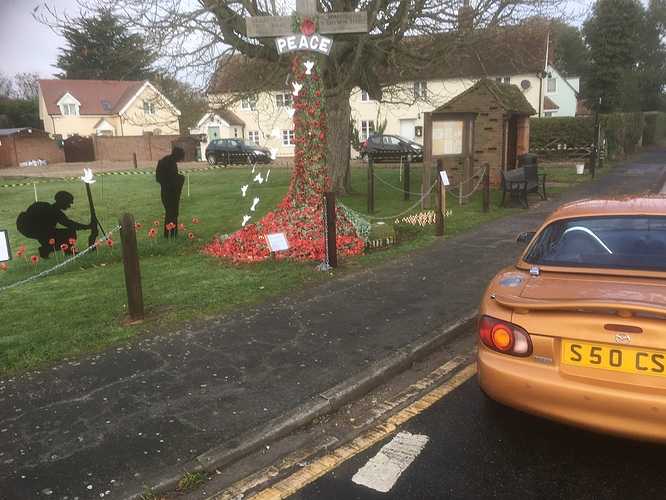 and with stars on the bonnet.

Hardly any irony at all in driving a car made by a former Axis power and suggesting we shouldn’t forget .

Times change and people come together after conflict and life moves on for the better, but we must not forget those that laid down their lives for us in the past, not only in the two world wars but also other conflicts since. Hopefully what comes out of war is a better future and understanding thru our actions and that includes invention and technology and from this came much of the things we use today including the device this thread is posted on and the Mazda MX5 in the picture which were built by people from countries which were old adversaries but now are our friends.
The picture there was supposed to celebrate the lives of our Brothers in Arms, lives they gave up for us.

We all enjoy the freedom that came out of the wars and conflicts of our past for that we should be grateful.
We should all forgive but never forget.

Well, my son is making a stand entirely on his own tomorrow, given his employer at Police HQ has cancelled the annual parade ground turnout. Blo&&dy Politics. As it happens he is off a few days leave, and intends to look out his ex Army RMP uniform, pressed & sharp, and take the 2 minute silence entirely on his own in the middle of the Parade Ground.
He will have an audience…the Ground is surrounded with the Top Brass offices & buildings in full view.
Just to make a point apparently and think about the 2 mates he lost in Afghanistan over 3 tours. And, his Grandfather who did the North Atlantic Convoys & Dunkirk in his MTB.
I do not think it’s a great idea, but you’d not want to challenge him, believe me.

Believe me he is doing the right thing. He might be stood on a parade ground on his own but he will not be alone, he will stood shoulder to shoulder with those who know the cost of conflict and the Last Post will sound for us all. Proud we will stand together in the silence of our thoughts, glad that we could still hear the Bugle calling our memories back together.

In the event he was stood “stand easy” at 1055hrs.
By the time 1100 hrs came, he had been joined by around a dozen assorted folks…staff cleaners, groundsmen clearing leaves, and a couple of his own trainees who showed courage …so it was fine. Word had got round allegedly.
No fuss, no aggros, over in less than a few minutes.
Zero negative feedback BTW.

You must be very, very proud of your Son.

We are.
“The Kid’s done OK” from a “Council Estate” background, albeit strictly raised.
His Mum always knew he’d end up in training/teaching but it take one to know one. 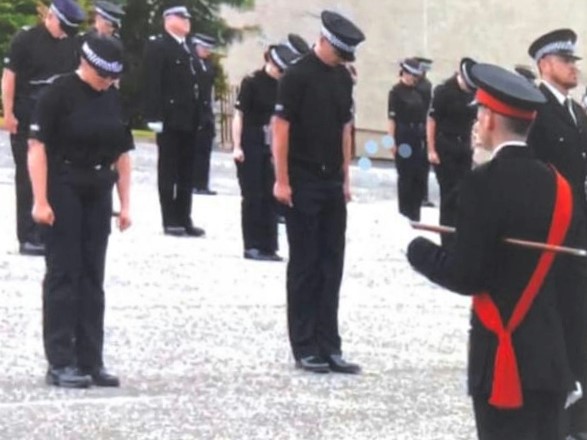 Only problem is which always has been, he’s completely fearless…but not rash, and suffers no fool gladly. 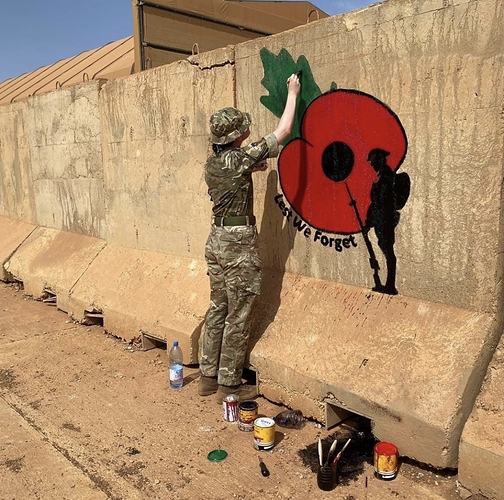 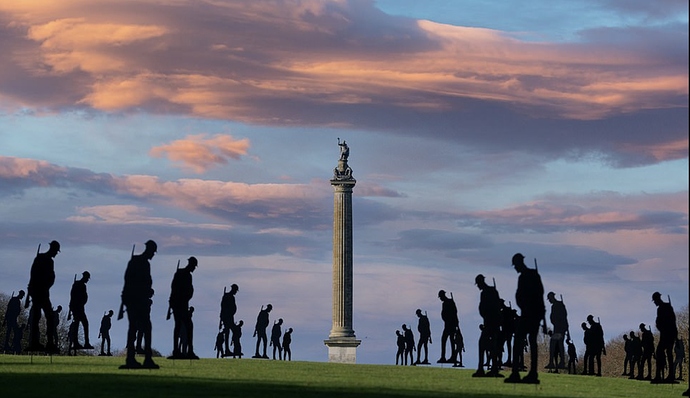