Looking at buying a NC and I have some questions?

Hi, as the title says, looking at getting a power top (PRHT) NC, but I have a couple of questions.
Where the car has AC fitted, do all the pumps make a noise when on? If they do, what’s the cause and cure?
Also I have looked at a couple of Velocity Red ones, that seem to have while dots around the base of the hood, what is that and again, what’s the cure?

Hiya Trev, by hardtop NC, do you mean the PRHT (Power top)? The paint defects you mention are on the rear deck panel, the part that closes over the rear area and has the third high level brake light on it. This paint problem is fairly well documented on the internet, so search NC rear deck panel paint problems, this should throw up more info. It’s suggested that the panel (which is not metal) has absorbed moisture during the paint process, causing these micro blisters to appear. Not all seem to be affected though.
Secondly, I assume you mean AC, not AS? The compressor (pump) itself won’t make a noise, or shouldn’t, it’s mounted at the front lower right of the engine, you may notice an increase in revs when switched on though, as the engine compensates for the increased load of the compressor. If the AC needs a refill, you can hear a gurgling noise behind the glove box inside the car, as air is being circulated rather than refrigerant.
Thirdly, (might be wrong here) but I thought the only velocity red cars were the Launch edition cars sold in 2005, all being soft tops, no Power roof option.
You may have viewed this model with a detachable hard top fitted. Any marks along the rear edge is down to bad storage of the roof, off the car I reckon. Being stood against a wall with the rear edge straight onto a garage floor.
Let us know a bit more detail on the cars your looking at.

The Kuro (PRHT) comes in Velocity Red Barrie, I’ve missed out buying one of those a few weeks ago. The Miyako does also I believe but only in the soft top version.
It’s my colour of choice TBH, so when you narrow them all down there’s not a great deal out there, I keep looking though.

Hi Barrie,
Thanks for the response, ah yes fat fingers, I did mean AC, I have corrected that now

However there is a distinct noise difference when the pump is turned on, one car sounded like a taxi and it wasn’t the revs!!!
I will search the paint issue some more, but it has only been on what I am lead to believe to be Velocity Red by the adverts, it’s a deeper red? Yes it is a power top, I should have mentioned it, I will add that in

Mileage? The noise with air con engaged could be worn idler or tensioner bearings with the increased load of the air con pump. Really needs to remove the battery and drive belt and have a look at the components. Reckon on around £100 for parts and probably an hours labour. If the rest of the car is good get it done before you hand over the cash, then check it’s gone away. Ask to see the removed parts

thanks, I stand corrected

everyday is a school day as they say

paint spots can be touched up fairly easily as they appear. Minor inconvenience when compared to the fun of a PRHT> You need to budget for a SmartTop unit though 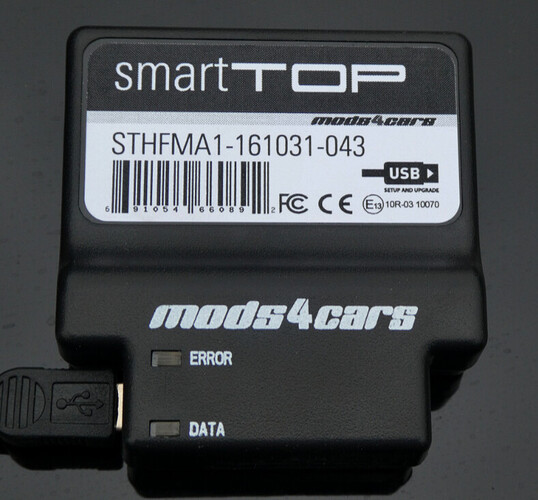 Hi, please explain, what one is and why do I need one?

Google is your friend 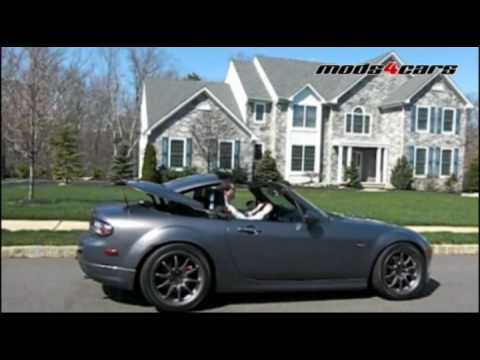 Hi, lol, yes I did, I think for now, I can live without it

I thought that until out last month, travelling back from a meet in Wales. Got caught in a deluge with roof down, my mate, who has the smart top module, just slowed down and put his roof up. I on the other hand had to sit getting wet in slow moving motorway traffic until I could get off at services, fully stop and then activate the roof!

Still haven’t bought one though!

You’re slipping up there Barrie, you’ve got every mod going but that essential one, well nearly essential.
I’m doing car stuff later, keep looking what next to do to it, for now though brake caliper refresh, paint job if it’s cooler at the front of the house later.

Always things to do Mick

I look out on eBay occasionally for a less expensive secondhand one but not many pop up? Seen new at £260 ish which isn’t too bad I suppose but would love a bargain! My mate Geoff got his already on the car! Lucky fellow

I have a Sport Black in velocity red and the only paint issue I have on the rear deck is part of the clear coat coming away from the central brake light but you only see it up close. My air con makes no noise.

that’s good to know about the AC, just strange, all 3 that I have heard run are the same.
one of the Velocity Red cars was very bad around the base of the hood, where it meets the panel that lifts, 10-12 small dots on either side.

Couldn’t believe it Barry - i Had to look twice as i had had a couple of beers, also cant believe I had the cheek make to make an offer too !!

Sometimes you just have to keep looking - I also got 4 as new genuine mudflaps for my NC2 for £80, mate painted them for a favour for me…from Facebook marketplace of all places !!

I took my PRHT NC to the south of France pre-pandemic…seems a long time ago…and whilst I had planned to drive around with top down, it was too hot in the middle part of the day so I put the hood up and the AC on. Cant say I noticed any noise, but you can always increase the volume of your music…