Looks like mine maybe passed the dread SHAKEN.
Not often they come with Japanese service documents & JDM Handbook.
Not much help if I cannot read it.
Wonder if the cambelt is due… 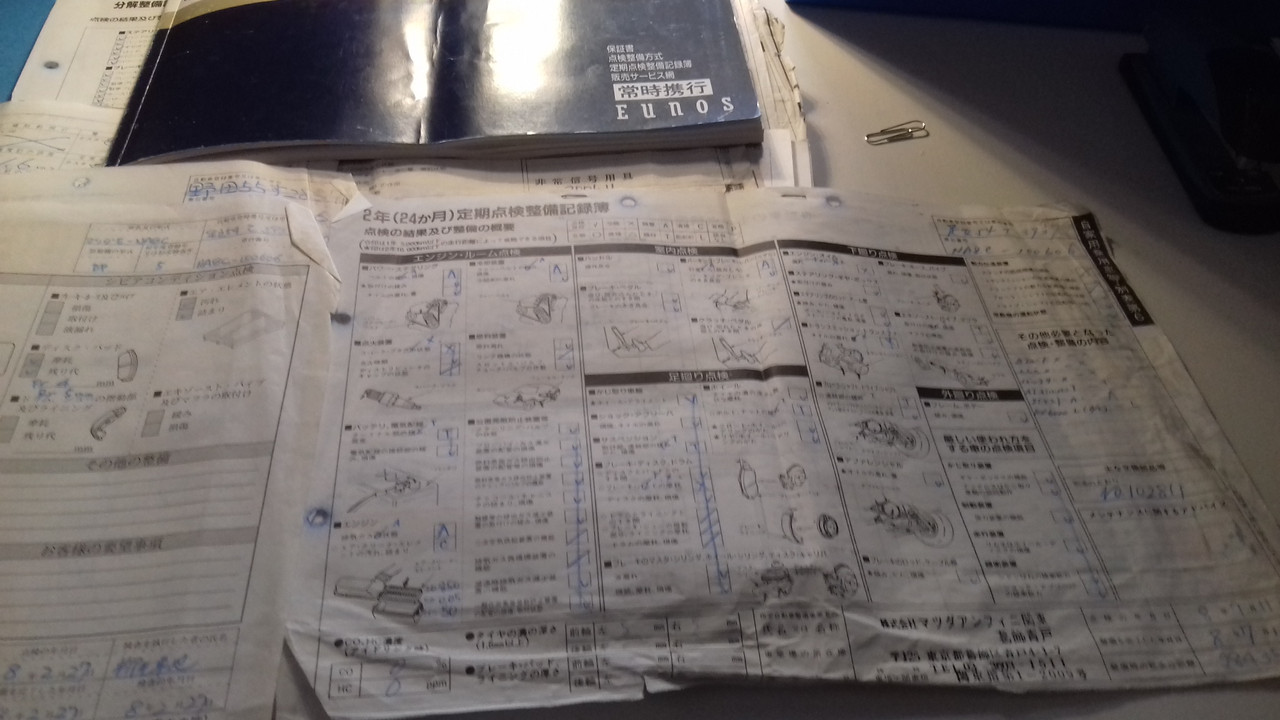 I think that’s just a service docket, not “Shaken”.

The cars going for auction were Shaken failures, but they might have had their 2nd or 3rd Shaken coming up, where the costs can quickly escalate. So the owners trade their cars in, and the dealers send the car to auction or to the scrapyard.

Interesting Saz, thanks.
I’ve got around a dozen of them.
Just, at worst I guess, a nice piece of history.

I’ve had a few over the years, and they often seem to staple in pages rather than fill in the book. I think most of the cars do leave the auction with a service book. Its when they get over here that its binned.

In 2005, I was looking to buy a M2-1001 from a dealer in Northern England. It was a car that later got a bit of notoriety in the community. The importer was a shifty sought. I asked about the service books, because the M2s came with their own books. In the bin he said, and he literally admitted it was because people ask too many questions. A few months later, the importer was shut down, complete with customer cars in the wokshop. There was a scramble to get the cars, because some very suspect individuals were looking for collateral.

I didn’t buy that car, mainly on the recommendation of Dave Butterfield from SFT, who seemed to know all the importers. He thought they were a bit dodgy, because they didn’t actually own the cars they were selling.