Hi, quick bit of advice needed. Looked at a 2004 mk2.5 sport today, that I need to buy by the end of tomorrow else it will most likely sell. Having look over the car the only real area’s of rust concern were here, between the rear sills and arches where some rust had developed. This hasn’t come up in the mot’s yet and doesn’t feel too soft. The metal in the arches and around the sills also felt solid enough. For a £1750 car should this worry too much or should I get some good use before needing to repair? Also, there has been repairs there before, hence the square bit of metal but I can see the spot welds along the arches so don’t think too much has been done to the car. 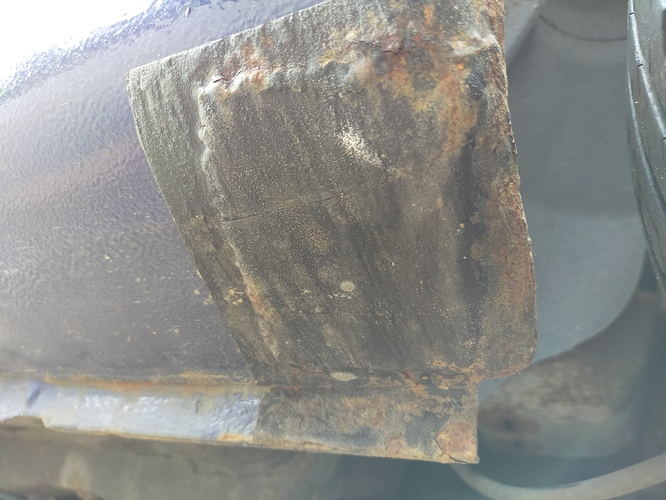 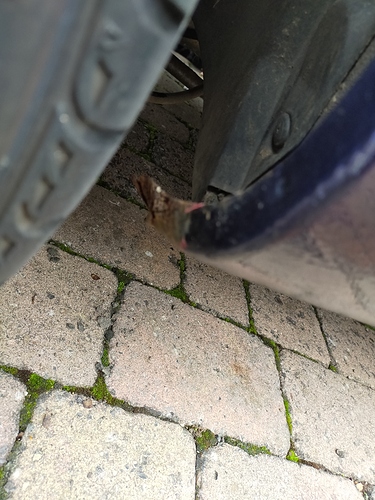 Can you see the state of the chassis rails as well?

Everything is repairable if your budget is elastic.

I would be looking at the front chassis rails too. They are more difficult to see though.
It could be costly to fix the rust, £1750 seems a bit pricy for a rusty car but it’s a sport (or described as a sport) so may demand a higher price.

Could see very little rust on the rails from above, couldn’t get a good view from below. Suspension arms and all seem nice. Sills have very little along them but just at the point they meet the arch as seen. He says he’s cleared the drainage holes whilst he’s owned it which should reduce risk of rot from inside.

My opinion is that the only area of risk is those I have shown you and they could be repaired with decent metal for hopefully around £300-400. Obviously they could also be rotting from the inside but I guess you can’t tell. The MOT hasn’t brought rust up since 2016 when the seat belt anchorage was at risk, which I’m assuming was repaired as it hasn’t since come up although the seller doesn’t know.

Terrible repair like that, its too much. More like £1000-1250. “Seat belt anchorage” means the sill rather than the seatbelt anchorage itself. You take that patch off, you’ll probably find the inner sill has gone, and there is no strength in the jacking point.

Reducing risk of rot from the inside? The rot has already happened, on both sides. Cleaning out the sill “drains” is irrelevsnt now (and the rusting is more to do with a condensation trap than blocked “drains”). Whether is is a Sport will have little bearing on the value. Unlike a Mk1, these cars aren’t done depreciating yet.

The repair will probably be ok, but I would be a bit squirrely using the tyre jack on the repaired side. Properly repaired, the car won’tbe worth much more than £2k

That’s the trouble with the front rails, left side you can just about poke a phone down from the engine bay and take a picture, I’ve done it myself. The other side forget it unless you remove the airbox gubbins, unlikely sellers will let you do that. Yes they may appear ok on the outside surface (from under the arch) but they also rust on the other side, the inner side, the under cover hides that.

I’ve inspected Mk2’s, one I put my hand down from above on to said rail and brought back out a hand full of rust. That particular seller wasn’t best pleased that I’d found it and he didn’t know about it, or did he? The car was really cheap, too cheap, I thought I was in for a bargain.

So would you say it’s a no go. I’ll have this car exposed year round so it will only get worse if it’s a poor repair. Also, if that sill were rotted from the inside out how much is it likely to be to repair that, from what I can see it might be upwards of £800?

If the rear sill and seat belt anchor have been patched, then as a matter of importance, the front chassis rails really ought to be inspected, and if you can’t do that confidently, then i’d probably walk away.

When corrosion like this starts, then it’s a downward spiral to either the scrap man or a restorer.

How long do you intend to keep the car.

If only for a few years, and a bit of fun, then you’ll maybe get away without chucking money at it.
If you intend to keep it for years to come, go look at another.
If you in tend to restore it, start saving and expect the car to be off the road for a while.

So would you say it’s a no go. I’ll have this car exposed year round so it will only get worse if it’s a poor repair. Also, if that sill were rotted from the inside out how much is it likely to be to repair that, from what I can see it might be upwards of £800?

I wouldn’t say its a no go, just I would be inclined to pay less for it. I wouldn’t be swayed with arguments that its a “Sport”. If the sills were rotted, I would also be budgeting for wheel arch repair. My NA never had a rust advisory, but both sills were completely gone. One arch was visibly going, the other, if examined casusally, seemed extremely solid. I had both done, and the extremely solid looking arch turned out to be worse than the one that looked comparatively bad, in terms of the inner wing lip. The rust starts from the inside, as always. Plan for the worst, hope for the best.

I’d extend that thinking to the front chassis rails. Sufficient evidence to suggest that this is the result of a design issue, and that its more likely than not to be there. Again, rusting from the inside out, so by the time you see rust, its extremely advanced.

£1000 to sort out sills and arches, £700-900 for the chassis rails. If you did all that, do you feel you have a £4000 car. I don’t know what the condition of the rest of the car is like. I feel a well sorted, sound, but not concours Mk1-2, should be worth £3-4000. Thats assuming its tidy looking, the trim is all there, the roof is good. Outliers will be more than that, based on mileage, prior repair history, “rareness” of the model (not sure for most NBs, there is any reason to particularly prize any of the “limited editions”, though I can see in the future, the original 1998 Sport, the 10AE and the original NB Icon might get a bit of extra interes). Hence I would push for another £500 off. Might be brutal, but there are a lot of cars out there. That might change if the seller shows evidence of mint chassis rails; but even if they are looking good from the outside, there is still an element of doubt, but the importance depends on how long you tntend to keep the car for. I’ve had the latest NA for 15 years now, and repairs to keep it going are generally less than a replacement. Even contemplating another respray, now that the £1000 respray is getting to 10 years old…

The good thing about NA and NB rust, the costs can be very easily estimated, and allowed for. For the NC, there isn’t enough data to give a fair prediction of rust repair costs.

Keeping the car outside might be better for it, than keeping it in a poorly ventilated garage. Just indulge in regular chassis washes.

Not gone ahead, not enough confidence as the owner knows very little about the cars, partial service history and he was unaware that there was a rust advisory on the car in 2016, even though he brought the car just after the work had been done

. Another problem I’ve encountered with it is being 6 foot 3" my knee has very little room between the steering wheel and door handle. Might look for a MK2 instead as they supposedly have lower seats, Alternatively, has anyone got any experience with doing a foamectomy? I’ve seen they can give an extra 3cm of space, more leg room and therefore be more comfortable for us lanky folk.

The other thing you can do to create room is remove some spacing washers from the top of the steering column, which allows it to move up about half an inch. Doesn’t seem like much, but varied reports of it making a fair difference in space for knees among the lankier drivers in these forums!

I have a couple of MK2.5s and am 6 ft 2 inches tall and fit fine. The cloth seats originally fitted to my cars (one now has Tilletts fitted) are a fair bit lower than the leather seats fittted to the Sport. So as a suggestion try a MK2.5 with cloth seats to see if that helps. Re the foamectomy - one of my cars came with the driver’s seat having had a foamectomy. It does drop you a bit lower, however I think it’s a poor solution and not one I’d do myself as it feels like you’re sitting in a hole rather than on the seat. Fitting bucket seats might be a better way to go. Or trying a MK3, which is a noticably bigger car.

That was my concern with a foamectomy, that said it seems that you can place the cut out foam back should you need. But yes, although less desirable cloth seats might be the better option.

that said it seems that you can place the cut out foam back should you need. But yes, although less desirable cloth seats might be the better option.

Might just be the one I have was badly done, but overall I think there are better ways to go (i.e. Tilletts or similar). That said, my brother is 6 foot 4 inches and he fits in a MK2.5 with leather seats, however when I drive it it’s very noticable how much higher you sit. If I drive my cloth seat car it’s likewise noticable how high that is compared to the one with Tilletts. The Tilletts need harnesses though (not safe with a lap belt) and I find them uncomfortable after around 90 minutes (fine up to then). I have some seat pads on order from Oxted Trimming, who supply Caterham, so am hoping that’ll make a difference.

Bucket seats tend to be narrow, and are miserable over long distances. I spent 600 miles on a Ligier G-Hold seat, with nothing more than a sleeping mat for padding. Still got that seat as a reminder of hillclimbing days.

Main issue I found with the leather seats was that my right knee is effectively wedged between the wheel and ginormous door handles. Makes for shifting my foot to the brake pedal that bit more difficult than it should be, which is something day to day I could put up with but concerns me if I needed to pull an emergency manoeuvre. Cloth seats sound like the happy medium, not hardcore enough for the Tillets.

Your point about the door handles is the other movable part, here. You might want to look at swapping out for flat door panels, (because race car).
Equally, you might not, but it’s certainly one of the options.

Yeah I was looking at replacing them with a strap instead. Any idea how easy it is, can’t seem to find any info online. I’m guessing the handle pretty much unclips and can be replaced with a strap?