MX-5 hunting on a low budget, should I go for this one?

I’ve fallen in love with MK1s and am on a hunt to find one within my tight budget of £1000.

He’s asking £500 for it. I got the plate and ran an MOT check and this is what came back.

The history of corrosion is obviously worrying.

I’m going to see it later so can report back with more info then, but is it worth going even considering one with a history like this, or is it likely that repairs will be too costly to even justify it?

I am fairly handy and would attempt most things as long as they were relatively easy, but I guess it depends on the level of corrosion across the car.

Any help or tips appreciated.

“vehicle is rotton[sic]” sounds like a lot of work and a lot of money. If you are already on a low budget what are your plans and budget for restoring the car? Honestly, I would think that you would offer to "take it off his hands and pay the cost of towing it, I can’t see anyone paying for it and he will probably have to pay to scrap it.

The plan would be to try and get it to scrape through an MOT for the summer, then when I’ve got some more money saved look at some serious repairs and maintenance. I guess it depends whether the rot has gotten worse over the last 7 years inside, or whether it would still only count as an advisory. I forgot to mention I think it comes with a hardtop too. I won’t pay his asking price but it may be worth it just to sell on anyway!

Failed on both sills 7 years ago. The ‘vehicle is rotten’ comment as an advisory sounds like MOT tester speak for basket case. After being stood for that length of time I doubt if you will get it on a trailer without everything falling to bits.

With it being a G registration it’s an early car. The only possible positive is that it may be one of the very first UK vehicles in existence. Check the VIN number. If it is day one of production that would increase the value if it was saved.

So does this “Rear Suspension component mounting prescribed area is excessively corroded” basically mean the sills are shot? In which case this is looking pretty doomed! I’ll still go see it and check the VIN number. Maybe at worse I’ll get a free hardtop out of it which I can use to help fund a less-rotten one!

The hardtop won’t be free unless the car is of course. Hard tops make around £300 if in good nick for Mk1/Mk2’s.

To me it’s been in that lock up because he’s had a shock at how much it’ll cost to pass an MOT. Minimum both sill and probably wheel arches need welding, inner and out sills I guess. Brakes sound absolutely shot and pipes too. Add 7 years of more time to rot.
You can get one with a ticket somewhere for £1k.

Trouble is these days unless you can unearth a gem (see that other thread the red Eunos) paying sub or around £1k ain’t going to get you much these days, then it’s the spend on top to get it through the next MOT then the next, repeat, repeat.

No harm in going to see it though, costs nowt only time and fuel money.

If the front wings, bonnet and boot have no rot and both bumpers are ok then with the hardtop sell them and you will be in profit if you get it for £500.
Ideal if you have space and a trailer.
Guys wanting to swop from an auto to manual would buy the gearbox, other bits including interior trim good to sell if all good.

Been there and done it as many here know. Twice.
That’s a parts harvesting source as mine was before I chucked 4k into it.
Walk off I’d say as 2k/2.5k plus would maybe…just…get it promoted from certain death trap to sort of safe. Then try flipping it in a couple of years…with it’s online form. Nope.

When a car fails on rust it’s got to be properly rotten ,the tester can only tap it with his vosa supplied tapping stick and using finger and thumb pressure . Some testers get carried away with advisory’s that can be very misleading and dog a car with a bad history 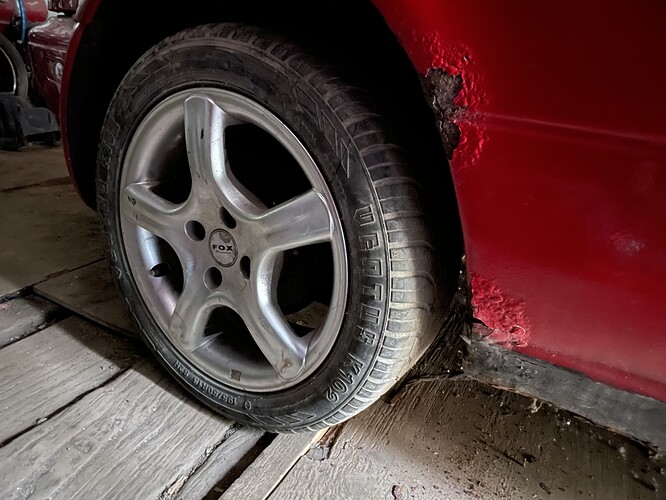 I did, rather swiftly

Even looking at the tyres fills me with dread, nope they’ll need to pay someone to take it off their hands or sell the parts off.

Unlike others, I don’t think any conclusons can be drawn from one photograph of a rusty arch. Its rusty, but I’ve seen worse.

Would have been more useful to look more at the front; the footwells. It was always a given that rear sills, arches were needed.

Mototpunk had an article on a similarly aged UK spec car 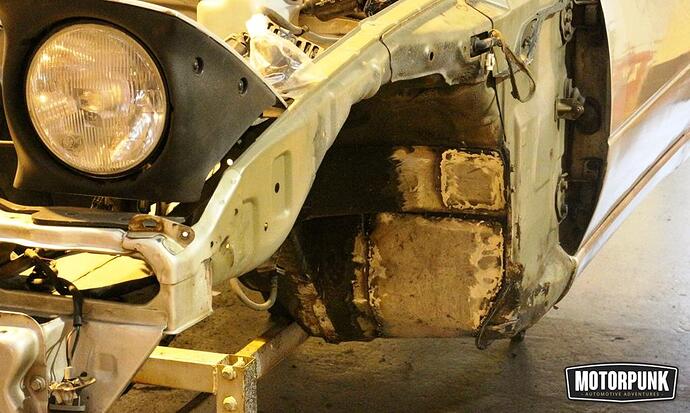 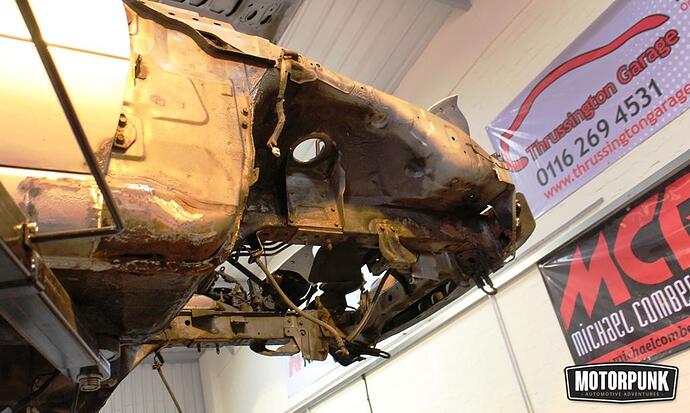 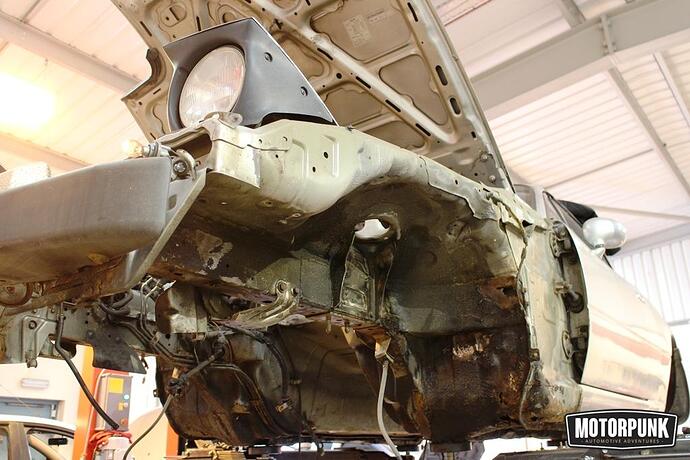 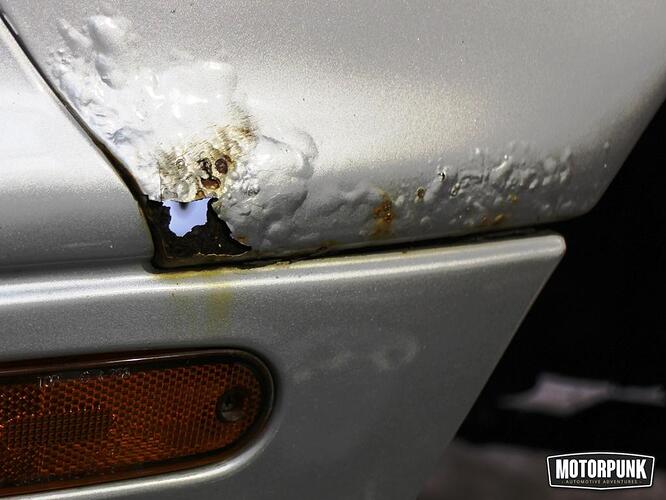 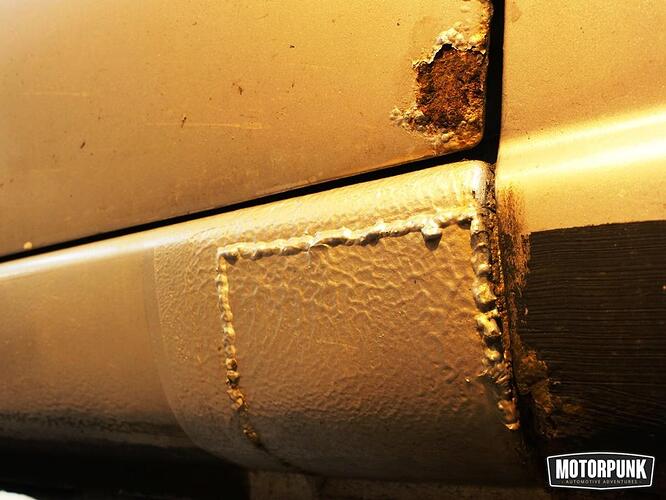 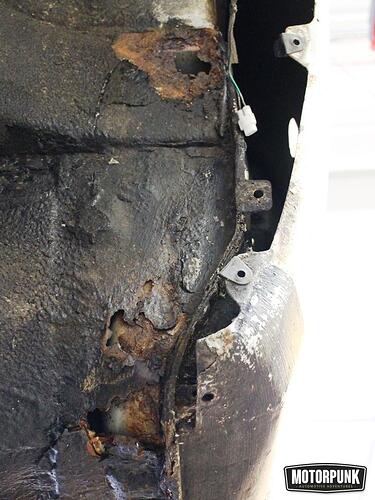 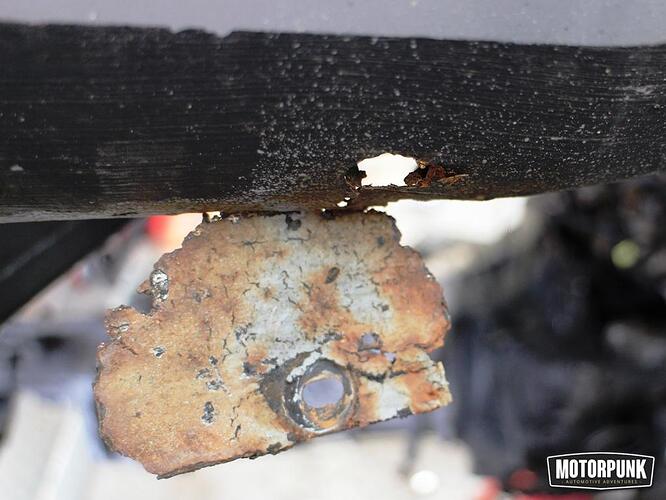 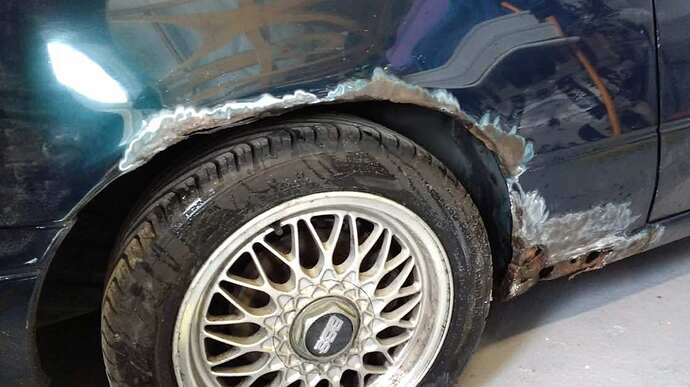 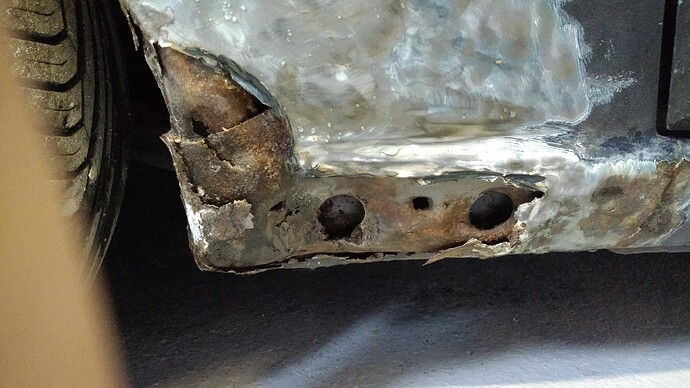 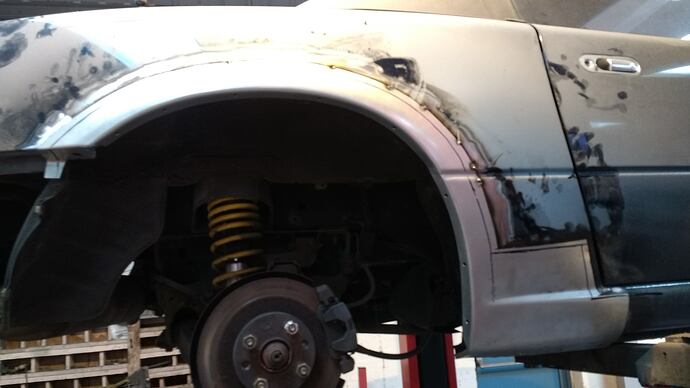 If you can weld, it doesn’t cost you that much to repair, just time.

Its naive to think a £500 31 year old to be rust free, and not needing significant repair.

Ok, so the rear sills and arches are shot. Not unexpected. Wheat did the front wings look like? Lift up the carpets, how did it look? Underneath; garage says “rotton”; is that proper holes everywhere, or just crusty looking subframes. The floor pan c-channels, solid or not (if rotted, an easy fix); check at the ends. Engine bay; you say it was rusty, was there actual rust (check under the wings). On the plus for this car; its been stored on a wood floor, which I assume is raised off the ground.

The goalposts as to whether this car is financially worth repairing (ie. paying someone else) is constantly moving. The idea that, for instance, someone would ask £5k for a car with a patched sill and needing further external cosmetics, would have been given short shrift a year ago. Now, I’m not sure. There is significant price inflation going on. Pre-“situation”, Hagarty had the Mk1 down as 8% CAGR. I suspect its doubled now.

If the only significant rot on that red car was the arches and sills, then it was more of a bargain tha n one that is £1500, with P38 stuffed (or worse) sills (because the repair costs are the same whether you’ve paid £500 or £1500). But I really don’t have any idea based on one photo.

My 1996; never an advisory or fail for rust. But nevertheless, both rear arches and sills needed to be replaced.

Ignore that MOT trail, actually look at the car. Its 31 years old. Its going to be rusty (otherwise, give up now looking for a NA). Otherwise you are wasting the sellers time. Could have gone to see that, made some sucking noises, muttered some “worse than I thought” while making crunching noises. When going to see stored cars like this, take with you a spare battery, to see if the engine turns over at all.

Thanks for the detailed reply and second point of view. Because I’m only a new member it only lets me add one photo at a time, but here is another of the underneath. 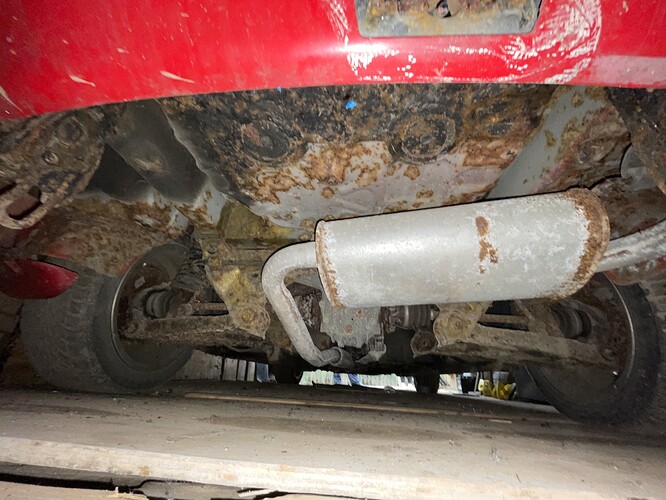 I think the issue is I’m not going to be in a position to afford to fully fix and restore this, as much as I wish I was, so it would kind of be futile me picking it up.

I’m currently having better luck with one that parks down the road from me. On a whim I left a note on the car to see if they’d be interested in selling it and turns out they are. Red MK1 Euno. MOTd until December, he wants around £900 for it. If you’re interested in knowing more I’ll share the MOT, it’s done 220,000 miles

You don’t really need to post any more pics, the two you have tells me complete basket case.
Better luck with the next one.

If t was MOTd in December, probably ok. No doubt bodged sill repairs.Which are ok as long as you know they are bodged, and don’t use the tyre jack.

sadly I have to say this is probably best as a parts car, or a basis of a kitcar conversion. but at least the person selling it is not hiding anything. yes post more details if the £900 one