Hoping someone can offer some advice. I have been searching for a NA for a while now. I keep reading on forums/web about how it’s still possible to pick up a good example with no rust for £1500 but I’ve not found any so far. I have now found a 95’ eunos but it’s pretty much double that. I believe one of the sills has been repaired so I will need to give a good inspection. Other than that, it’s described as solid. For those who know these cars inside out: would you be put off an eunos with a repaired sill, assuming it is a good repair and the rest of the car is solid? I’m not looking for a show car, just an honest example at a price that reflects it’s condition.

You need to get under the car to take a look at what’s been done, head straight for the point where the rear arch meets the sill. Inside the wheel arch at the lower section too, you may be presented with lots of underseal, could be fresh underseal (the owner could have done a flash over job to hide rust etc) Obviously would have been painted if one sill has been repaired, check if it’s been a good job or bodges of filler. A most tell tale sign of sill arch work will be lack of spot welds around the arch and along the sill repaired areas. Front wings go at the lower part inbetween door and wheel as it curves to meet the sill. Also at the front of the wing where it meets the bumper top.
For £3k I’d expect a pretty well sorted car body wise and interior, any big problem rust areas then I’d walk away or barter the price down most certainly. Don’t forget to do an online MOT check if you have the reg, that’ll tell what areas have been advised or failed rust wise in the past.

Don’t go just by MOT history. Mt S-Special has zero evidence on the MOT history of any rust, but I had both sills and arches replaced, as they had rotted out. I don’t have spot welds on the arches anymore, but that really doesn’t trouble me. Some of those trying to reproduce these spot welds on the lip must be doing so so they can deny any repair had happened.

Check that the panel joint is visible below the door. Cheaper repairs using scrap tinplate will dress this in with filler. Check the lip for the jack. Its not part of the outer panel, but is formed from the inner sill.If its bent over, its not because someone has been careless with a jack, but because the sill itself has lost structural integrity. Some repairs will fabricate a lip in the sheet metal used for the outer panel. As the panel turns underneath, you can feel the join between it and the lip.

Also look at the swage line by the rear arch. There is a slight curve outwards of the panel. If the repair is a plated repair (welding metal on top of rusty metal), its all smoothed out with wads of filler, and the wheel arch lip will noticeably widen, compared to an unrepaired side, and the curvature of the panel is exagerrated.

£3k covers a car that will pass a MOT. That covers a wide range of cars. If anything, its a tricky price point, because top bodged cars can be priced at that, as well as very honest cars. A £3k Mk1 from a dealer would, I suspect, be pretty rough with lots of “good condition for age”. The newest Mk1 is 22-23 years after all.

I wouldn’t not be put off by a car with sill repairs, if either it has some documentated evidence of a repair, or is cheap and has highly visible rough and ready repairs. Otherwise I would assume its mostly filler, and I should put aside around £800 for arch and sill repairs. Someone describing a car as “rust free” is either a liar or is clueless. The cars rust from te inside out.

Otherwise I would assume its mostly filler, and I should put aside around £800 for arch and sill repairs.

Are you sure you’ve got that right SAZ?

The cheap repairs use lots of filler, of that I am quite certain. 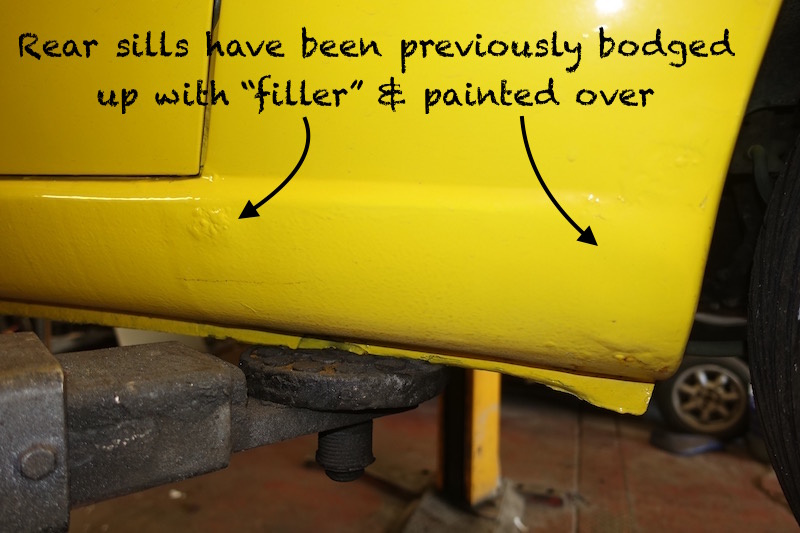 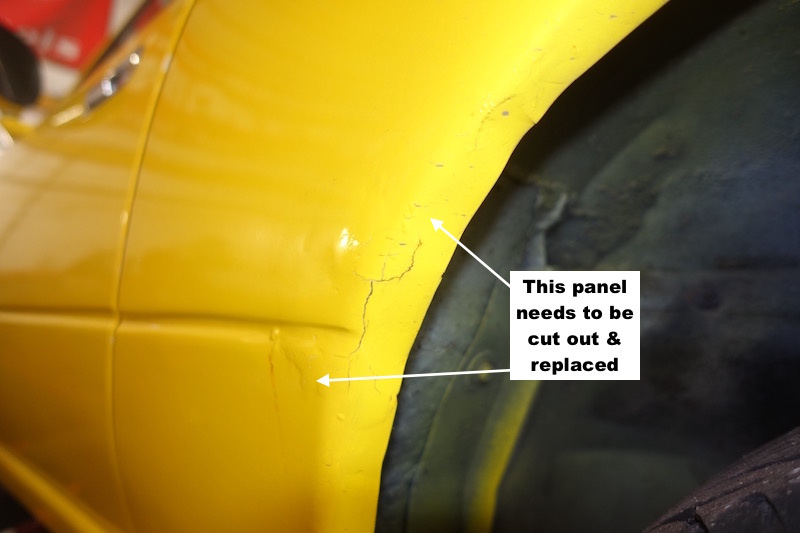 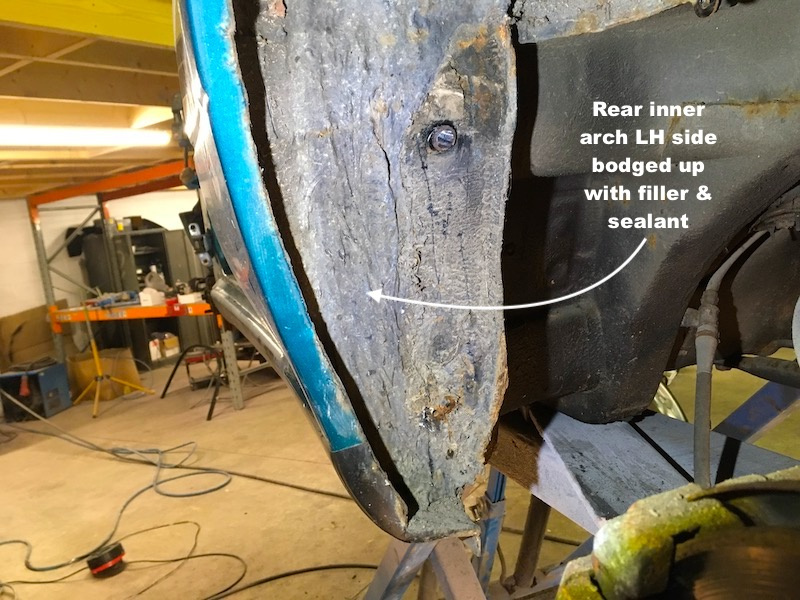 Much appreciated, thanks for your replies.

Sounds like sill repair is something to be wary of but not a deal breaker at this price point, depending on standard of repair. I have been using the mot checker and its a great indicator but it doesn’t thrown anything up on this occasion. I think that’s reassuring in itself (i.e. seller volunteered it). Going to see it this week, armed with a growing checklist. Hopefully it will be good news.

It probably is a tricky price point and your post pretty much describes what I was initially looking for - a standard car, quite well looked after, but with some slightly unattractive repairs that may need redone sometime in the not too distant future. A couple did come up, but they seemed to sell quickly.

Thanks for the clarification.

Thanks again for the buyers guide! Unfortunately while sill repairs looked ok, despite extensive service history there was nothing on these so I haven’t gone ahead.

Couple of other options that may come up. One is a uk car which has had sills and arches replaced and a respray. Seems to have been a project for a retired mechanic who has photos etc so should be god for a few years to come. Unfortunately it’s 5 hours away in Nottingham (I’m much further north). I don’t mind travelling but only if I know it’s going to be in order. I was considering an aa inspection but it’s expensive and eats into budget.

Other option is to just be more patient. Despite there being a few around, it’s not easy finding the right car.

Don’t worry too much about the sills as they all need doing eventually. So long as it’s been done well it isn’t a problem.

I’d question a £1500 car but you may get one that’s solid and needs tidying.

The pic of the yellow car above is an example of what to look out for. The sills should look neat and factory with a sewage line and a really well done one will have visible spot welds in the arch.

If it’s something that will really bother you, if you can find an original car have them done yourself and you know it’s done right.

Thanks all for the advice - picked up a ‘92 SE last weekend. It was actually advertised on this site and although it ended up a touch over budget, it seems pretty solid and well looked after.