I have just joined the club and forum and have a 2016 ND 2.0 Sport Recaro that I purchased about a year ago. I also own a 2007 E86 BMW Z4 Coupe 3.0Si Sport and a 2018 F56 Mini JCW. I’m looking forward to meeting everyone and hopefully getting along to some meets and events.

My MX-5 is standard except for some minor cosmetic modifications (not all shown in the pictures below as they were taken shortly after I got the car). It now has an IL Motorsport satin finish gear knob, short aerial, and phone holder and a Mazda polycarbonate wind deflector. I am considering speaking to BBR about its Super 200 package, so if anyone has a BBR modified MX-5 then I’d love to hear from you.

Thanks for having me and see below for photos! 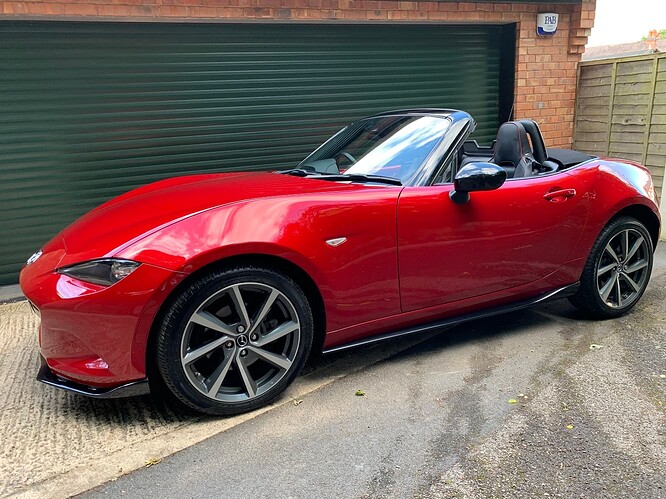 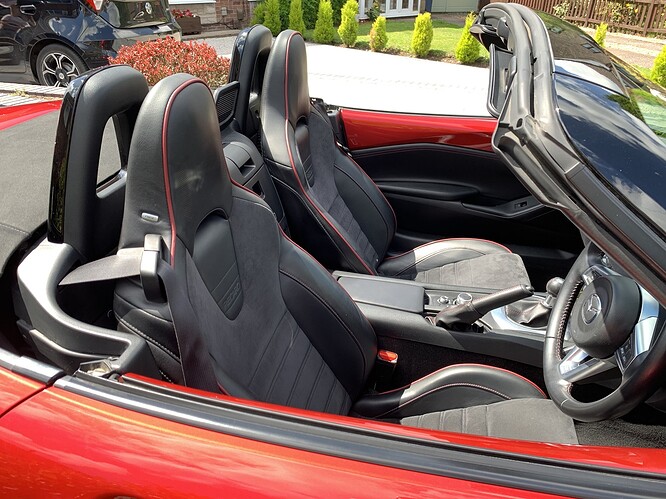 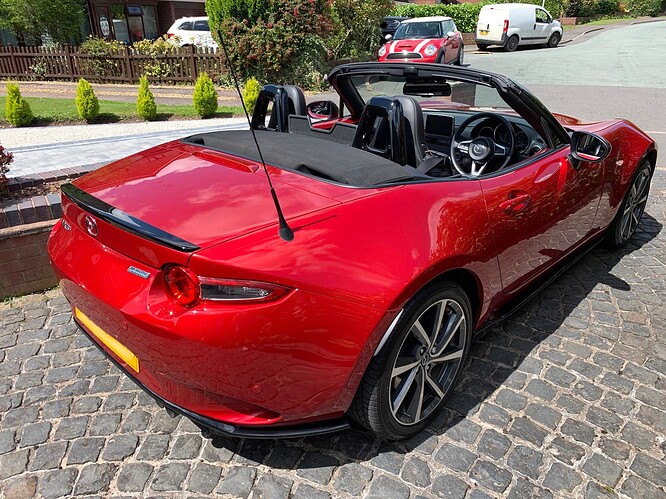 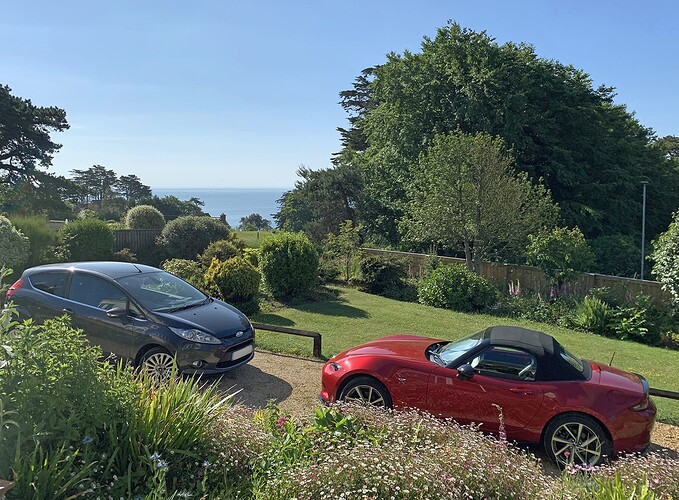 Hello Mike and welcome from Nottinghamshire… Looks like you’ve found yourself a lovely ND Sport Recaro there…!

My ND2 SatNav+ is standard, but I’m sure other members can advise you on the BBR200 upgrade… In the meantime… Enjoy

Thanks, Rob! I really like Ceramic White as well as the Soul Red that I chose. I am also jealous of your extra factory horsepower

and the Recaro Sport is a beautiful spec!
ND pics also welcome over here on my ND thread

I’ll post some more photos up when I get it clean again!

Welcome. I have never seen a red Recaro before, well nice it is.

Thanks! I did not have a lot to choose from when I bought it and I viewed this one in the dealer’s workshop before it had even been cleaned. The previous owner could have taken better care of it, but it’s just light scratches and chips - nothing major. I plan to gradually improve it over time.

as a very new member I feel awkward welcoming you but hey ho !
Your car look fabulous, this is the first I have seen with the same alloys as mine. I am sure there are thousands but nice to see another example.
Do you mind me asking what is the difference with the Recaro ?
Welcome
Doug

Do you mind me asking what is the difference with the Recaro ?

If you had asked me last year when I bought the car I could have given you a confident answer without resorting to Google! In short, the Sport Recaro is a limited edition numbered car that gets the Recaro seats, Recaro floor mats, a bit of alcantara on the dashboard, and a bunch of exterior cosmetic modifications: alloy wheels specific to the Sport Recaro (although possibly not exclusive), piano black exterior styling, and the black aero kit (front, side, and rear skirts and boot spoiler). According to an article that I found, it’s essentially a 2.0-litre Sport Nav with extra bits. I really wanted the Recaro seats and I like the aero kit, but I didn’t want to spend the extra money on a 30th AE. 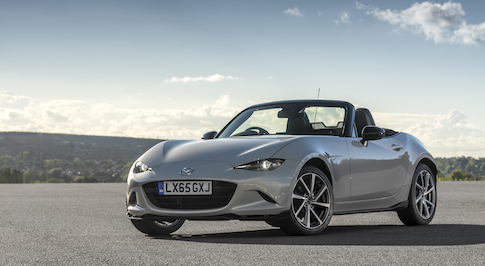 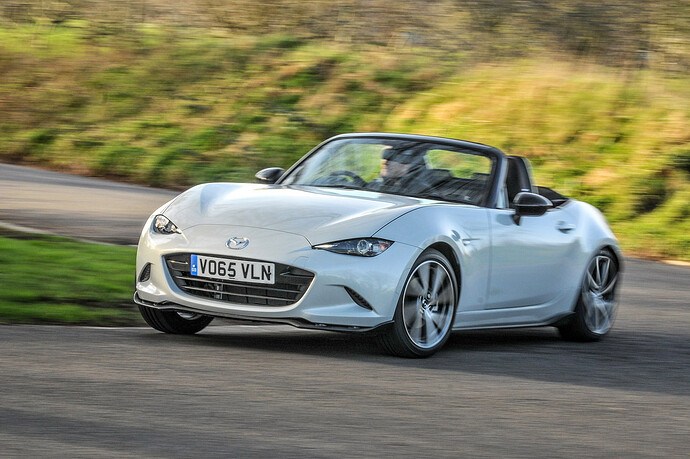 The limited-run Sport Recaro MX-5 is the most expensive version of Mazda’s roadster yet. At more than £24,000, is it worth the extra?

Thank you for the info and links. I was sorely tempted by the 30thAE as well but bought a TT instead. Regrets I have a few …
I see you also have a Z4, which I had a look at before going for the MX5. How would you compare these ? I found far more smiles per mile with the MX.
Cheers
Doug

I see you also have a Z4, which I had a look at before going for the MX5. How would you compare these ?

My Z4 is a coupe and I’ve never driven a Z4 roadster of any generation, so to compare my E86 and MX-5 is a bit unfair. The Z4 is more like a small grand tourer in 3.0Si coupe form. It’s a lot quicker than any stock MX-5 because although it’s heavier, it has an extra 100+ horsepower. The MX-5 has the edge for pure fun, but the Z4 is more refined and a better long distance car. The Z4’s handling is also neutral to slight understeer and it doesn’t have an LSD, whereas my MX-5 obviously does have an LSD and is much easier to provoke into oversteer.

I test drove a Lotus Elise S and a newer 220 Sport demonstrator before I settled on an MX-5. The Elise S was about twice the price of what I paid for the MX-5 and, in my opinion, nowhere near twice the car. If I did a lot of track days or lived near empty rural roads then I might have felt differently about the Elise, but as it was I found it too compromised and necessary to rev it all the way out to get the performance and sensation of speed. I’m well aware that this might be a controversial opinion!

Hi I’ve got the same car with the bbr 200 I’ve come from the mx5 mk3.5 2.0 straight to the mk4 2.0 with bbr so can’t compare to the standard model but the power and smoothness is great also the sound is fantastic I’m in a few groups on Facebook maybe join a few and we might bump into each other I’m around the Liverpool area.

Thanks for the feedback! I’m in the MX5OC North West Midlands Facebook group and attended my first NWM meeting on Wednesday evening. Liverpool isn’t that far from me, though - do you attend any meets between Stafford and Liverpool?

Thanks - will do. I’ll probably also go to the Shropshire monthly meeting in Ironbridge on Thursday, 9th September.

Welcome, and hello from Number 3

looks great in Red, my one Ceramic 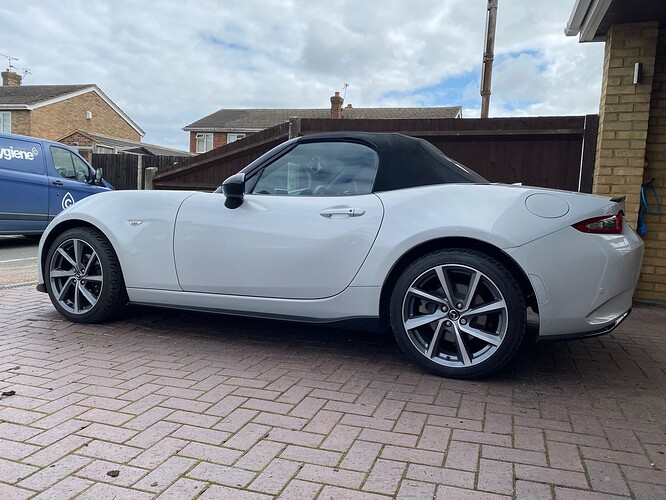