Not cheap, but for the rough price of a used or new ND depending on the available “menu” I know which I’d covet more.

Would you use it as a daily though? Exactly.

Some would, and some would not.

It was always just a question of time to get back to basics and “The Wake Up Call” happened.

The magic of the Mk1 will never die.

I would love to get mine done, I would even sell my NC3 to fund it.

That is the beauty of the MK1 - what would you change about it?

Not a lot as far as I am concerned - perhaps work a little harder with the rear sill structure and that would be about it.

It it ain’t broke don’t fix it but by all means manufacture a brand new one:-)

The bigger news of this program was the relaunch of selected obsoleted parts, though I read even that has stopped now.

The original launch shows stripped bodies in white; intimating you are getting effectively a brand new car

But, the first car being handed over: How many new exhausts come with added rust patina?

The beady eyed will spot the shock top brace When new, there were 3 flavours:

Reusing an exhaust seems to me this is another “refresh” job, not a full restoration.

The article describes this as a “restoration facility”. I see a big warehouse, the only other vehicle in evidence is a commercial truck of some kind. Stacked up new seats from some other vehicle. In reality, the is Mazda ET&T, where most of their day is spent kitting out minibuses etc 600 applications, 2 months to complete 1 car. Maybe they can scale up a bit, but even increasing their output by an order of magnitude means an owner might be waiting 10 years. If they are original owners like Owner #1 here, they might be dead by then.

According to Mazda program spokesman Nobuhiro Yamamoto, they have already received over 600 applications. Each one will be reviewed by Mazda and will be given the green light based on the car’s existing condition. They will only accept cars that don’t have significant frame damage or rust and are legally registered

Kind of wishwashy. Mazda might decide that this stunt will once again be only 30-40 cars or so, and set the acceptance threshold accordingly. Potemkin programme maybe. Ironically, Mazda chose to “restore” the car that didn’t need restoring. Likely, RX7 owners wish Mazda would do something like this even more so.

Jaguar do the same kind of programme. You only read of the million pound E-Types they are bulding. An XJ40 owner, on a recent visit, asked how much to do his car. £250k. In theory, they’ll fix up any old Jag or Land Rover. That’s how you make money at it. 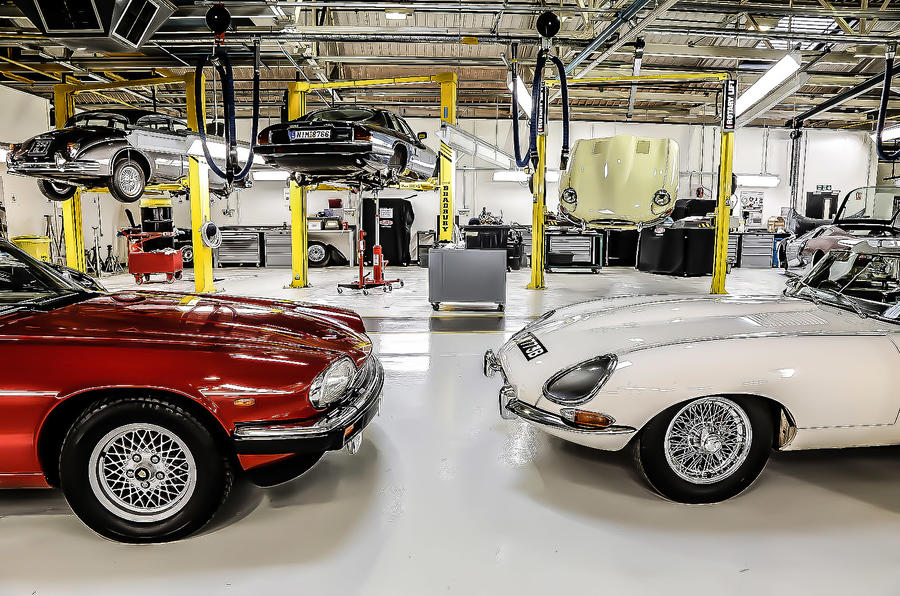 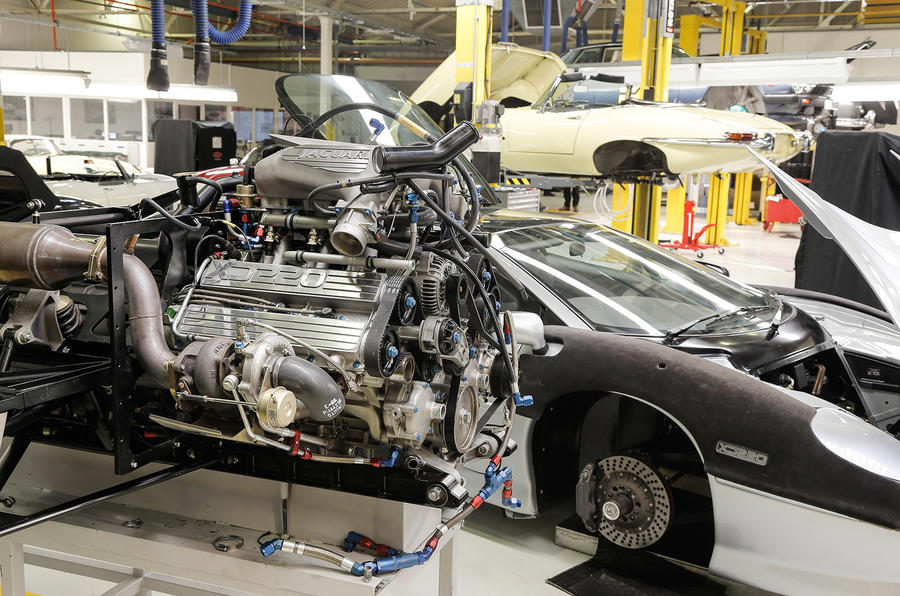 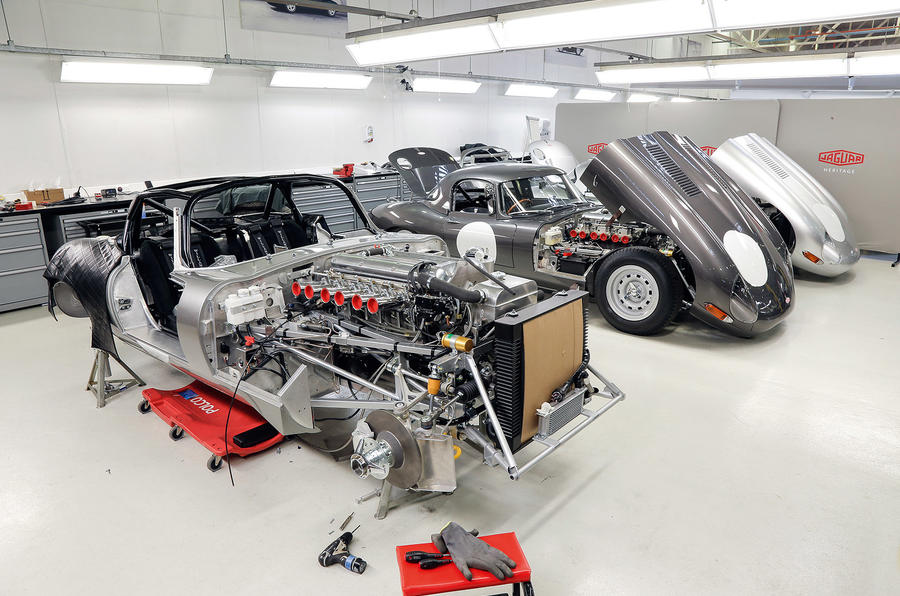 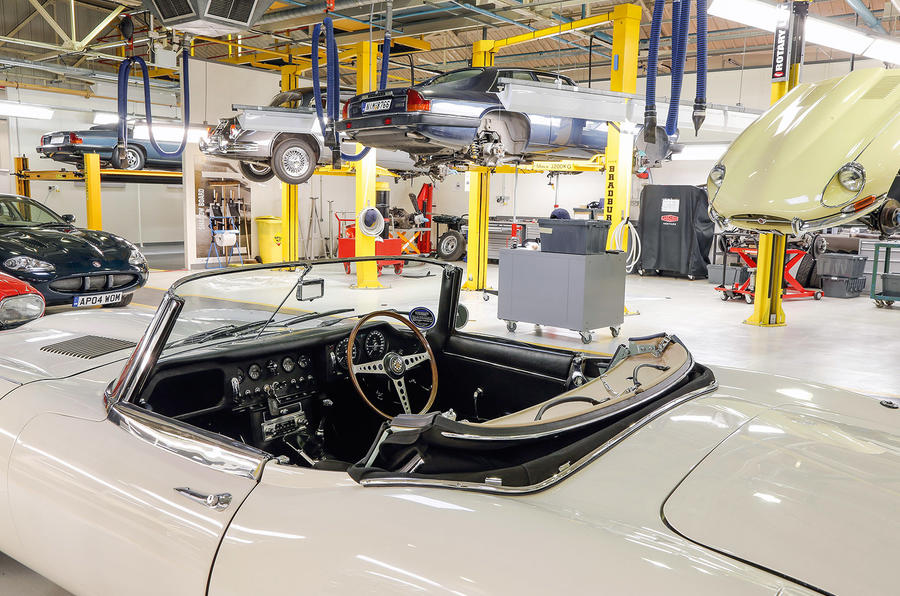 Yes, I was looking for some sort of batch process with say 5 to 10 cars being done in a batch to get some small saving in remanufacture. You have to ask is that enough cars to get any real savings.

In saying that even they are very careful to examine each and every car they agree to work on, there is always at least one or two cars that will have issues that were not caught on the first examination which will take longer to sort out and this will interrupt the flow so reducing any batch saving.

It appears to be more of one car at a time sort of thing unless there is more going on behind the scenes.

I would suggest as SAZ has stated this is more of a refresh.

Unless Mazda has large stocks of hard to obtain new components remanufactured that are fitted on every car, I’m finding it hard to work out what is being done here than any competent restorer in New York, Barnsley or Bonn cannot do for an owner.

Makes me feel better about chucking 4k at my Mk1 next year.

Pity there were (apparently) no before/after photos, though I suspect a 1-owner 1992 V-Spec was already pretty nice to start off with.

An idea of Mazda’s criteria; all of these cars would be rejected.

So someone turning up with horrendously rotted sills will be turned away, as well as modified cars, and crash repaired cars.

Don’t know how you do it Saz, but keep doing it!

I-spy remanufactured fusebox cover labels.  Unfortunately part of the ‘Label Assy’ part no.  Buggered if I’m paying 44 quid for that.  I wonder if I could persuade my local Mazda dealer to order me the single sticker I’d like…?

The hood is still on the Mazda system at £750 ish plus VAT. The access I have is read only and you cannot order parts. Therefore with dealer level access there may be a field that say no longer available to purchase or order.

The price shown om the list SAZ found has the hood well over £1,000.

As always it is cheaper to buy a complete car than all the parts.

The hood is still on the Mazda system at £750 ish plus VAT. The access I have is read only and you cannot order parts. Therefore with dealer level access there may be a field that say no longer available to purchase or order.

The price shown om the list SAZ found has the hood well over £1,000.

As always it is cheaper to buy a complete car than all the parts.

Is that hood the “same” thought. When Mazda announced this programme, they made a big deal about the hood, and how the only thing they were forced to change was the Swiss-sourced plastic window.

Last time I was aware of the Mazda price for a Mk1 hood was when I interceded on behalf of a member who’s car was broken into. The local Mazda dealer was supposed to do the repair, and thought they could get away shoving on a cheap trade hood withburn marks. I made sure they coughed up for the Mazda OE hood that they had billed the insurers for. Invoice price was about £500.

The pricing on the PDF is of course for Japan, not a UK pricing scheme. In principle, local UK dealers who have paid for the appropriate access, can order parts from Japan based on Roadster VINs, for no shipping fee.

I can only advise what is on the Mazda system.

The parts number for the full hood including the front part of the skin and looking at the diagram the rear section of the hood.

Parts number NAX1 - R1 - 210 is £761.27 which I assume is net of VAT suggesting a Gross of VAT price of £914 but again someone with dealer level access will be able to check if this part is still available to order.

The final but one Jaguar picture is interesting with the bonnet off E type in the foreground, as it has an E type sitting on what looks 4 axle stands with a car crawler beside it, looking if it is being used to get under the car possibly.

Even Morgan use trestles in the factory now. The HSE have sent out a circular some years ago strongly advising against using 4 axle stands to provide clearance to get a person below under a car!

Some of the new parts announced

The recreational tire of the commitment that was made at the Mazda tertiary car test site that adopts the tread pattern and the side design that reproduced the then release in 1989 and reproduces the ride as well at that time.
Suggested retail price (tax included): 26,676 yen [/img]

Since the German made vinyl fabric at the time of sale became impossible to obtain, the fabric of similar texture was ordered from the United States, and the reprint soft top which was born by clearing the strict test from the mass production at that time. The rear screen is made in Italy.
Suggested retail price (tax included): 162,000 yen (including rear screen)
? Rear screen only: 54,000 yen

We reprinted the caution labels around the engine room, which is often lost due to parts replacement and aging deterioration, with reference to the drawing at that time.
A label sheet with excellent heat resistance is used so that it can withstand use in the engine room.
The sheet size is 365 × 315 (mm).
Suggested retail price (tax included): 6,300 yen (1 sheet) [/img]

We are using a new fabric that reproduces the texture of the time based on the slightly left drawing and materials.
“Roadster” for black, with “V SPECIAL” plate for tea.
On the driver’s seat side, there is a mounting hole of the displacement prevention hook, and safety is considered. The hook is included in the mat.
Suggested retail price (tax included): 26,250 yen (for one vehicle)

Customers who purchase reprint parts only, it is not necessary to apply for restore services. You can purchase through Mazda group dealers and parts selling companies. Some of the parts take time to manufacture, which may take time to deliver.

ie. made to order

Apologies for messed up format. Forum issue is preventing me from correcting it