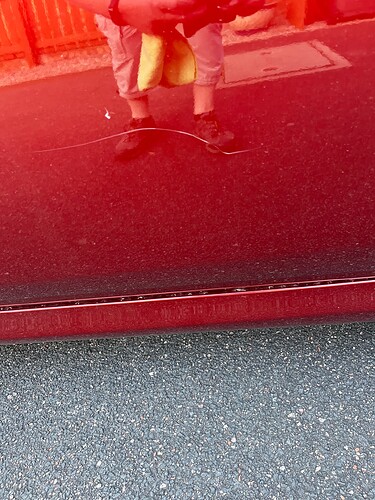 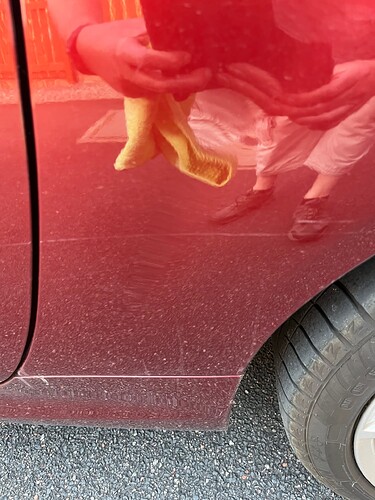 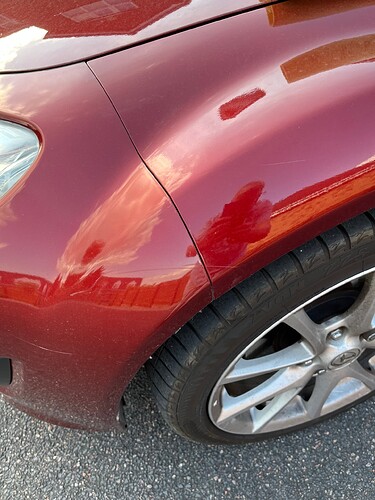 My good lady wife had an altercation with a bush down a single track diversion and has left me with a single scratch along the passenger side. It’s not particularly deep but it’s defied my usual treatment of a mix of Turtle was and Simonez treatments.

Can anyone recommend a very light polish to remove the worst of the scratch ? When I had a BMW the paint guy had a very thin mix of 3M and something that got the scratches out of black gloss trim so I don’t think I need anything more aggressive than that.

Cheap would be helpful too since I only need one cloth worth.

It’s difficult from pictures to tell properly what can be used, trial and see. If you can feel a lip when you pass your finger nail over a scratch, especially if it’s showing the undercoat through then no amount of compound or polish will solve it.

TBH I’d give it a go (suggestions will probably be made on other products) yourself with a microfibre cloth but deeper scratches it’s probably best to consult a paint shop or a car detailer type person, they’ll know if it’s possible to remove or need paint.

As MickP said depends on how deep it is. The likes of AG SRP has minimal cutting ability but quite a few fillers, which essentially fill in the scratch, but this wouldn’t be a permanent fix. An alternative to that is Auto Finesse Tripple which has a bit more cut but also has the fillers as well. There is Meguiars Ultimate Compound which can be applied by hand rather than machine which might get it out if it’s quite bad and there are of course various other polishes if you have access to a DA polisher. There are various other supposed scratch removers on the market as well, but I’ve never liked them and half the time they don’t work. Other than that a professional detailer might be able to polish it out if it’s not too deep.

Another vote for Super Resin Polish by Autoglym.

If it were mine I’d attempt to polish out myself first. If poor results or not adequate outcomes I’d go to paint shop. Either way, if it’s deep enough to warrant repainting professionally you might as well exhaust all DIY options first since it’ll be being repainted anyway worst case.

Good luck and sorry to hear about the misfortune.

Thanks all. I’ll get busy with the elbow grease and see how I get on. As some of you have said, there’s nothing really to lose.

The best polish I have used by hand is Gtechniq P1 Nano on a foam applicator, spraying with water mist occasionally. Once I had an altercation with a bush and Farecla G3 Professional Scratch Remover was deployed on a microfibre and very effective.

As others have said, if it’s gone through the clear coat (and it looks like it has) you will not get it polished out, only soften it.

AG SRP is for temporary filling of swirls and other fine scratches, it’s a good product but it isn’t going to even touch that damage, with minimal cutting ability it would be a waste of time to use.

Well it worked out better than I hoped. Took the car in today for its 12 year service and it got the usual wash which was a good starting point.

At home, I got busy with a clay bar on the affected areas while I waited for Amazon to deliver the Meguiars Ultimate Compound that was on offer yesterday. The clay bar by itself had a surprisingly good effect on the rear and definitely less noticeable.
Then Amazon turned up with the MUC so straight to work with an applicator and polishing up with a micro fibre cloth. That worked okay on the rear arch and one scratch on the front.
Finally, I resorted to an old bottle of Turtle Wax Clean & Protect that I found in the garage (I would guess at 2009 vintage) and that rendered the door scratch virtually invisible (to the extent that I had to refer to the photo to find it again).
There’s still a slightly more visible scratch on the nose cone but at least that’s plastic so no long term damage.
I stopped anyway as I didn’t want to overwork the paint so I’ll leave it until the next wash and see how I feel then.
Thanks again for the advice.

Some after photos. Taken around the same time of day in the same position but my grey joggers get reflected more than my skinny white legs ! 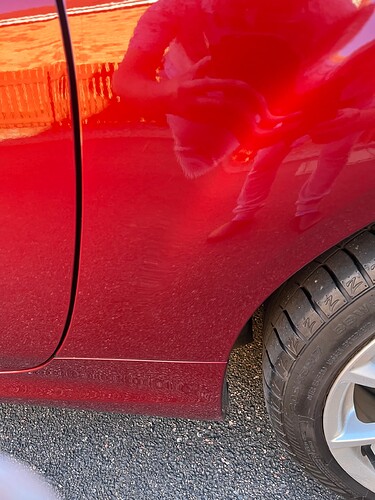 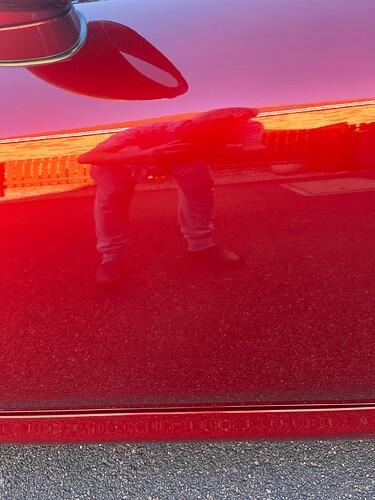 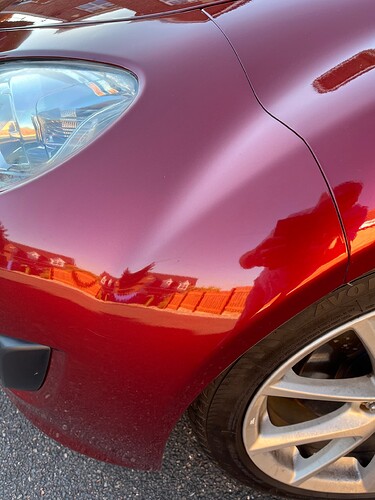 No worries. I’m sort of braced for that and it’s not too much effort to do it again if I have too.