General Discussion Forums Life, The Universe and (almost) Everything!
Scottishfiver 13 May 2020 09:16 #1

There you go gents.
I bear zero responsibility for blood pressure problems. 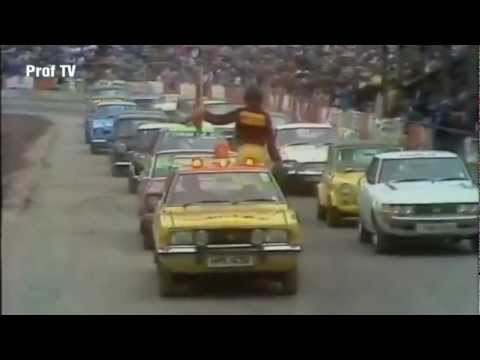 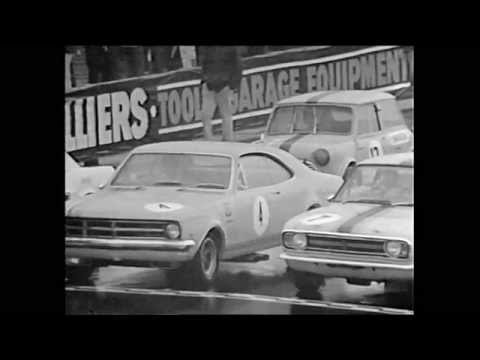 Blimey, that first vid made me cringe, Bangers then , Classics now, and no insurance

I’m intrigued by the title “Epswitch Raceway” when almost certainly it’s at Foxhall Stadium just outside Ipswich. I could even have been there. It’s got a few yank cars as we always had a lot around here brought over by Americans in the various USAF bases in Suffolk.

The RS 2000, 240Z, Ascona M reg and the Celica would have been only a couple of years old. barry lees Rolls appears to be on an K plate so new in 72

Back in the day some cars were rusty wreckers after only a few years, we forgot how bad some were, and japanese especially. I can recall a guy who had the door mirror fall of his 120Y because of rust in the wing in less than a year. We prize these cars so much now because so many didn’t survive, because they were rubbish. Imagine a world full of 40 year old BL cars. It doesn’t trouble me seeing a few being enjoyed on a track,

yes agreed, my first car in 83 was a 1970 triumph 2000 auto, i can remember giong to Bridges breakers at pease pottage to get parts from cars that had been scrapped due to rust that were only 4 or 5 years old

Some of the Italian cars back then used to rust before your eyes, a friend of mine had a Fiat Mirafiori, which was terrible for rust, and not that old, and a guy at work had the same problem with his Alfasud, and as already said, some of the Brit cars where bloody awful too, I’m not sorry to see the back of some of them, but others have been cared for and stood the test of time.
I’ve owned many Brit cars, but one of the best ,apart from the old Spitfire, was a MK2 Cortina 1500GT, which I unfortunately crashed and wrote off in my yoof, so I sold what was left of it for spares

As for the lotus cortina and the Holden monaro in the race sequence, they are both fetching high values now

yes agreed, my first car in 83 was a 1970 triumph 2000 auto, i can remember giong to Bridges breakers at pease pottage to get parts from cars that had been scrapped due to rust that were only 4 or 5 years old

I had a low mileage (about 9000, but really?!) eighteen month old Triumph 2000 and lost money on it because of all the parts it needed in only three months in 1970 before I sold it on again to cut my losses. A true Friday afternoon car (brakes, gearbox, carbs, shocks, electrics, all failed one after another).
Then buying a house and starting a family it was back to ancient (1950s, 60s) Ford bangers which turned out to be so much more reliable and cheaper to run.

The race at Warwick Farm reminds me of the Mini’s and Mustangs fighting it out at Snetterton Norfolk in the early 1970’s. I had just passed my test in 1971 and had my first Mini.

49 years later and I’m still going to Snetterton on a regular basis during the race season, and the Mini’s and Mustangs are still fighting it out in the classic car races…Excellent!

Present day - good MX5 race meetings at Snetterton - missing it all this year due to the virus situation.

Reminds me how badly built cars were back then. That Mustang looks to be one stop from the scrapyard, but it must have been “only” 10 years old or so.

Reminds me of Jurby, 2000. Some of us were there. It was whacky races, and most of us (all of us?) hadn’t a clue, and the “track” owners had thoughtfully put a manhole cover on the apex. I’m the “1.8”, though it was a 1.6, and the original SAZ9961, which I had purchased a month earlier, after the demise of SAZ9826, and consequent suffering for a month in a clapped out Justy, that needed a push start everywhere.

White striped red car is Steve Rigley, the striped silver car is Johnnie McCormick, who occasionally frequents the forum. The silver car that kept spinning off belonged to a nameless Ulsterman who was hung over from the night before

I had a mirafiori, it was fab. 2litre sport, 2 door saloon, bright orange, rear wheel drive like a proper car, it wasn’t very old when I got t it but full of rust already.

Dad’s first brand new car was a 1968 Cortina. He had it undersealed from new. Despite that, after only 3 years both inner front wings had rusted through at the strut mounts so it failed its first MOT.

That was replaced by a 6 month old 1971 Vauxhall Victor - holes appeared in both outer front wings when the Victor was just 13 months old!

Many dad was the most un-italian bloke ever, but he only ever bought fiats as he thought they were good value and packed a lot of space into a small car. He used to take them to be Zhiebart treated. A 127 is now a cool car, back then they were all rot boxes, it’s strange how our perception of a lot of cars changes over the decades. No one valued any of those cars in those videos at the time, they were all completely disposable, and got what they deserved. We should not mourn them now, just be glad a small few of each survive as it is all part of our motoring heritage.

My Triumph 2000 as above plus other BL products

Had to remove photo’s from what I thought was a free hosting service, they got the h**p

Blimey, that first vid made me cringe, Bangers then , Classics now, and no insurance

It was Mustang guy’s lack of helmet that made me cringe. Not even a seatbelt so far as I could see, though he could have had a lap belt.

We often talk about over the top Health and Safety, but in a sport like motor racing, I’m glad things have moved on.

My dad got a new Hillman Imp in 1973 and had the Ziebart treatment done before delivery, there were little yellow plastic plugs everywhere that they had drilled holes to inject the wax. Lasted 9 years before the rear sills began bubbling.

In May every year (cancelled this one) we have the Ipswich to Felixstowe classic car run. Hundreds of old cars pass our house, busses, bikes trucks, even on one occasion a tank, and it amazes me just how many old vehicles are tucked away being looked after by dedicated enthusiasts all over the country. There’s no legal protected status like there is for old buildings, it’s just individuals keeping our heritage alive for us all to enjoy.
However after about 2 or more hours of the vehicles passing by the air hangs heavy with exhaust fumes and you will have tired of the noise and you do feel grateful for the advances in design that now stops cars being both smelly and noisy!