What if I had bought a different Roadster

Oh for sure. I could have bought a 981 boxster S. but I know I’d never take it on track for fear of bending it. So the Mazda is the more sensible purchase. It’s almost made me thinking about spreading the budget to a second car and getting something big and wafty for a laugh.

The contrast when I drive my V90 after driving the MX-5. Like a speedboat to a barge!

Back in the day, an Irish motoring publication pitched the 306 against the MX5 (NB) and judged the 306 to be the better convertible.

At one point, Top Gear magazine ran a group test that included the NA MX5, Ford Puma and Mk1 Rav4. Ironically, while we point out rust on NA MX5s, most early Pumas and Rav4s have rotted away to automotive heaven. A good portion of NA MX5s remain on the road.

So the alternatives to the MX5 can be quite complex.

I can take a spare engine AND a set of golf clubs in my NA, at the same time, supereasy, barely an inconvenience. You just have to attend to the 4 luggage expansion fittings. Takes 5 minutes.

Speak to me. My other car is a 2004 Jaguar XJ8 X350. To millenials, this will be an old school Jag, because it looks the same as all the other old school Jag.

These cars are amazing value to buy. As long as nothing goes wrong, cheap to run (V8 returns better MPG on a long trip than the MX5). But when they go wrong, you need the budget for a £70k car to fix them. But they are no more of a wallet draining risk than a Chris Bangle 7-series, A8, S-Class of the same era. And they look good. Those others look old, but not in a good way. I suspect a V8 A8 will be the scariest one of those to own. Lunatics will go for a VW Phaeton.

But seriously, the Jag is a big car, when you try and park it in a Tesco carpark. But push it along lane, and it does seem to shrink. Good chassis, as Clarkson remarked.

The previous model is transitioning from old banger Jag to collectible Jag (the X300/308 model), so is looking a bit pricey, but simple(r) to fix. Probably now is the best time to buy an X350. Prices for a running 04 are anywhere from £2k to £20k. 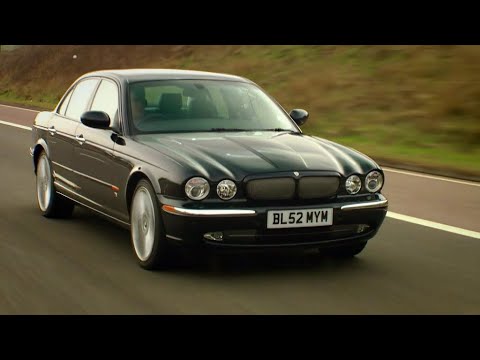 We have derailed this thread a bit, but as much as I love the last aluminium platform xj, the older ones are more compact. For me a late 90’s xj8 is the dream, but many are rotten! Good ones are getting expensive

The bills on these things are absolutely horrific, you need a deep wallet for every eventuality. On the S class, it’s the air suspension and all those control units that you are exposed to. 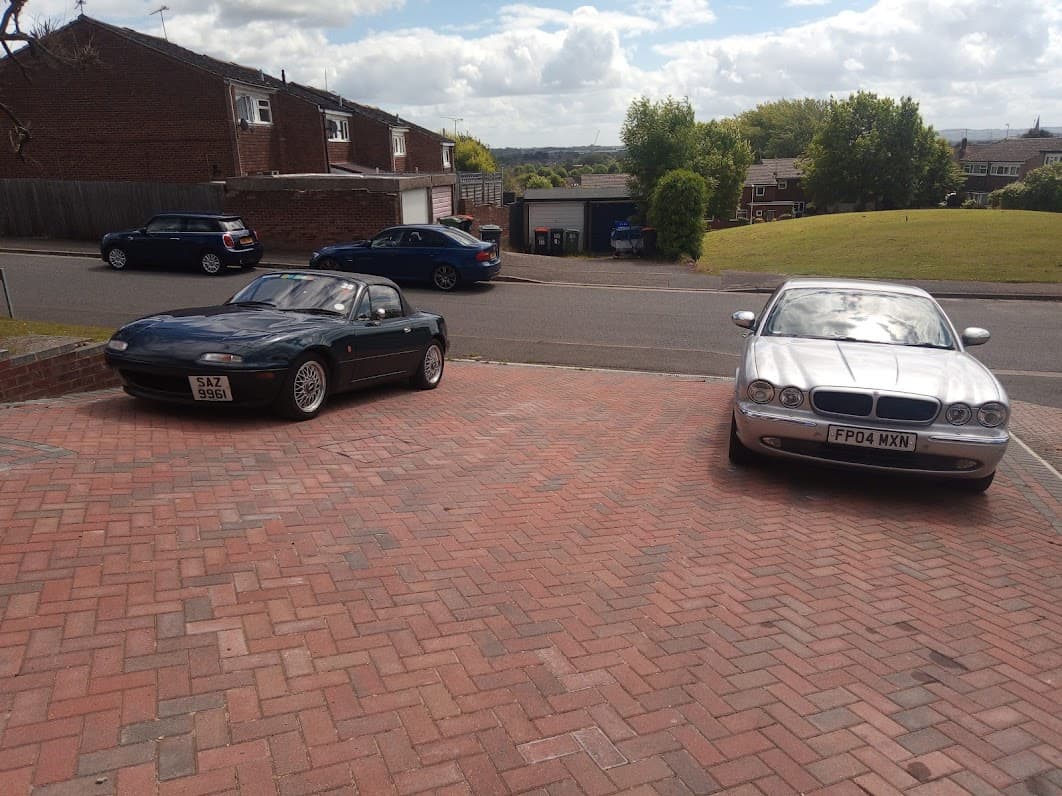 Brother has had a few E-Classes. Air shocks fail, he converted to conventional springs. The V6 Mercedes diesel is a pup. Suffers from leaks in the oil cooler; the parts are inexpensive, but its a 2 day teardown of the engine to get to. One reason I avoided the XJR; a £25 valley hose is buried under the supercharger.

Lot of Jap spec Jags ending up here now (I can’t understand why there is now a stack of JDM VW Polos in the UK).

Hi J,
We have an S90 r-design which my wife likens to a 3 bedroomed bungalow on wheel. Having said that it will certainly hustle on when asked.

The Momentum and Inscription have a very refined ride and yes these Volvos are big, nearly 5m long which is just shy of S Class territory. I am very happy with mine. 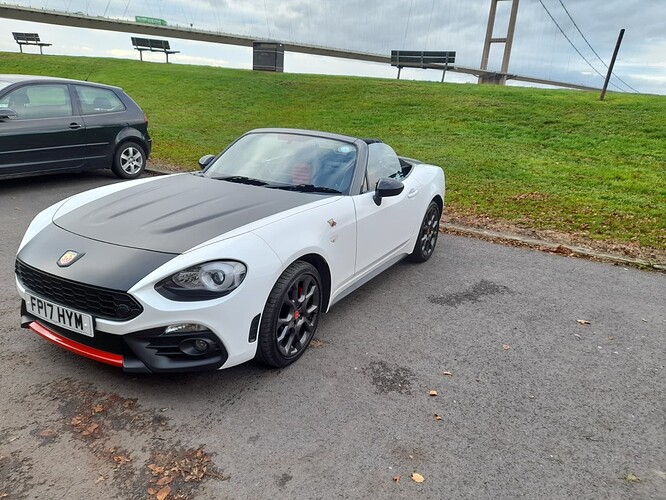 Best of both worlds

Best of both worlds

An engine ECU out of a 2017 124. I spy the ominious words Magenti Marelli. There’s the Italian electrics controlling the Italian engine. But at some point it must come together to hook with a Mazda multiplug. 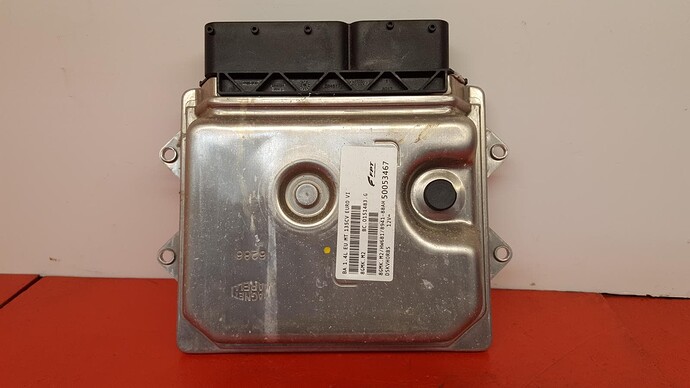 Styled by an Austrian. The exterior styling was overseen by Felix Kilbertus (now head of exterior design at Rolls Royce), and was heavily based on the original Fiat 124 Spyder, which was of course styled by Tom Tjaarda, the famed American designer. I’ve heard the car descibed as Italian looking, or as a European Roadster or having an American muscle car looks (hence more than a passing coincidence to the styling language Dodge, under FCA, was following at the time.).

Styling teams around the world are international (Tom Matano learnt his trade with Holden/Vauxhall…), so the idea of a “national character” to any car’s styling is little more than marketing spiel.

But the 124 is worthy of consideration, It might be the best or both worlds, might be the worst.Different strokes for different folks. Its becoming a bit of an orphan car. Nervous time for anyone who has a knock in one.

Interesting comments. BTW, the pictures are super but they are not of the end of the line model. Yes, they are the Chinese-owned models, but the very final year saw the bigger Euro wing mirrors introduced. And the orange was no longer available since I believe as that was a special edition (LE500?) brought out to celebrate the new MG ownership. I believe.

But your point is valid - they were built in Longbridge right to the end. 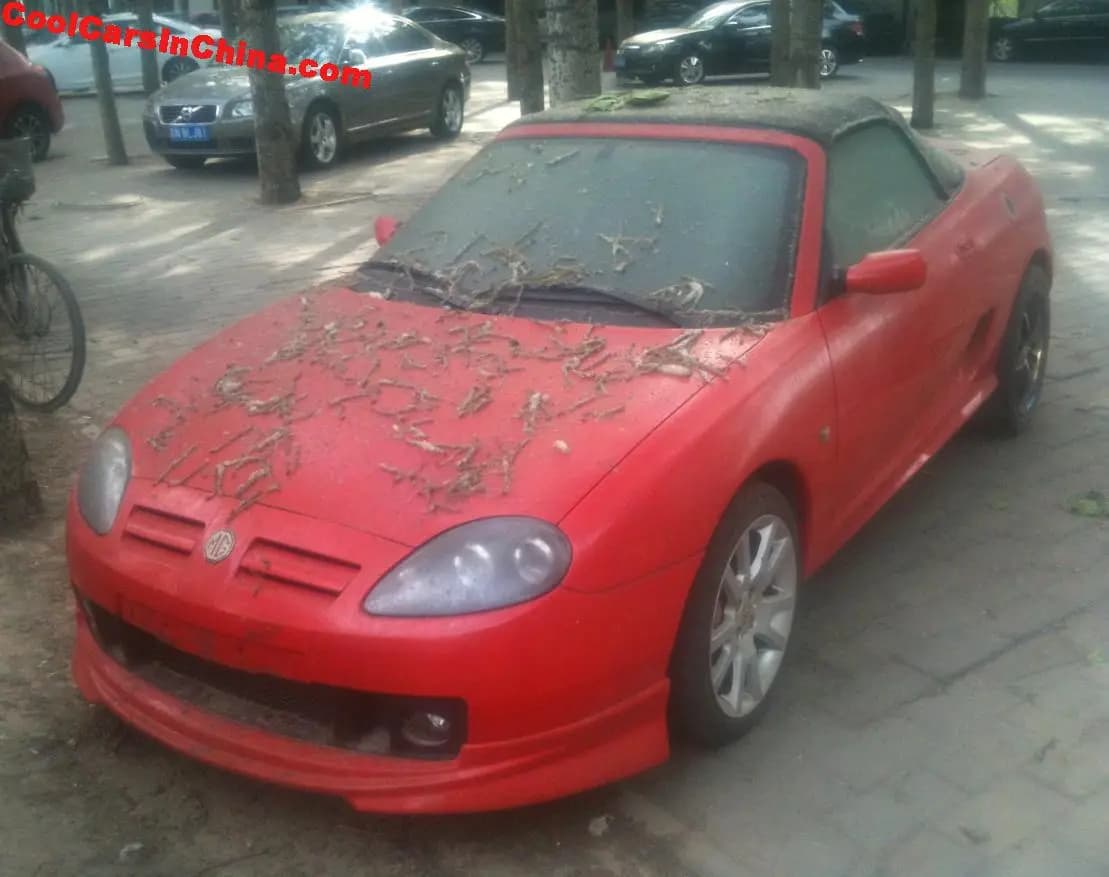 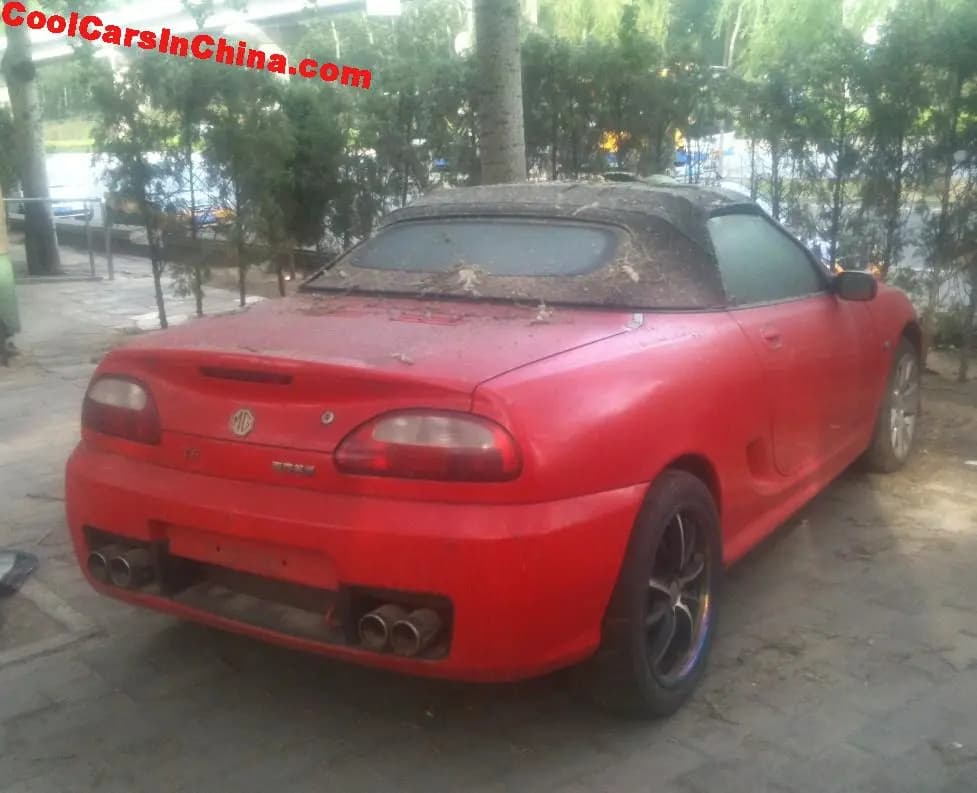 But the odd wheels might not be what you think 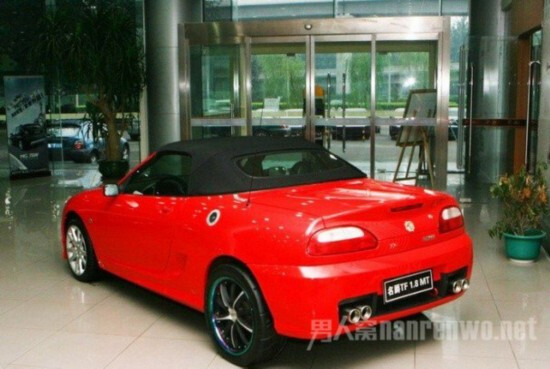 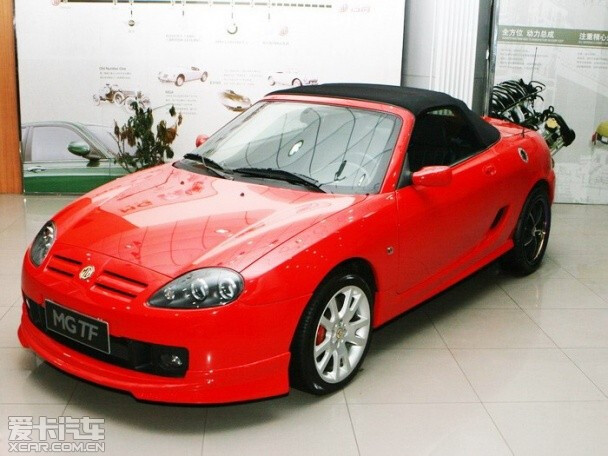 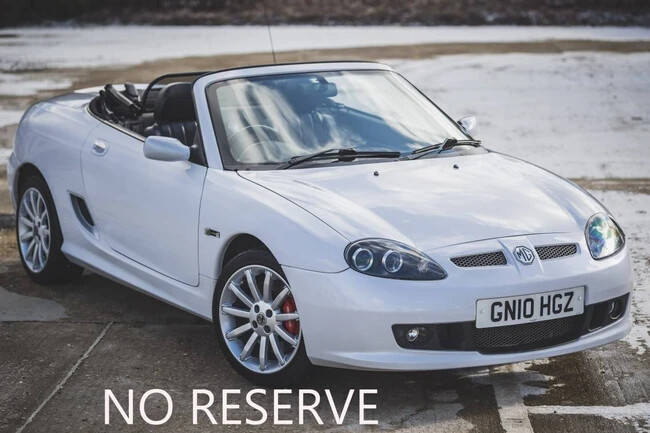 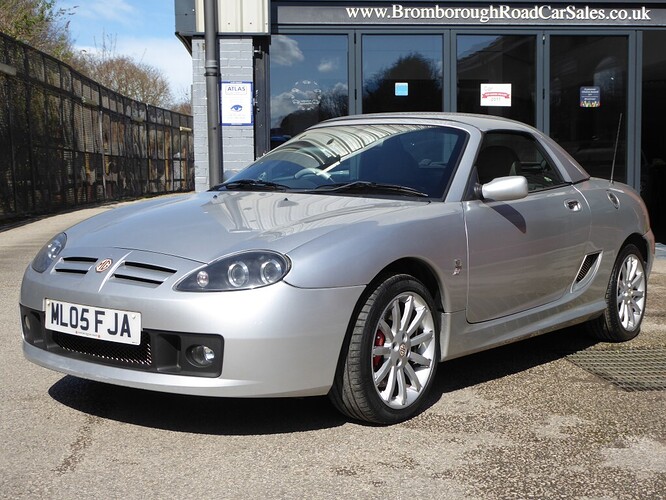 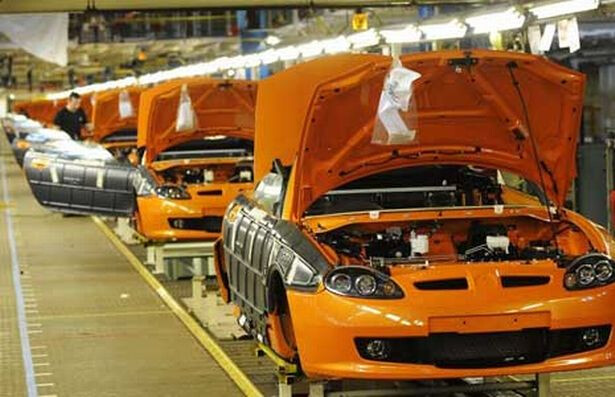 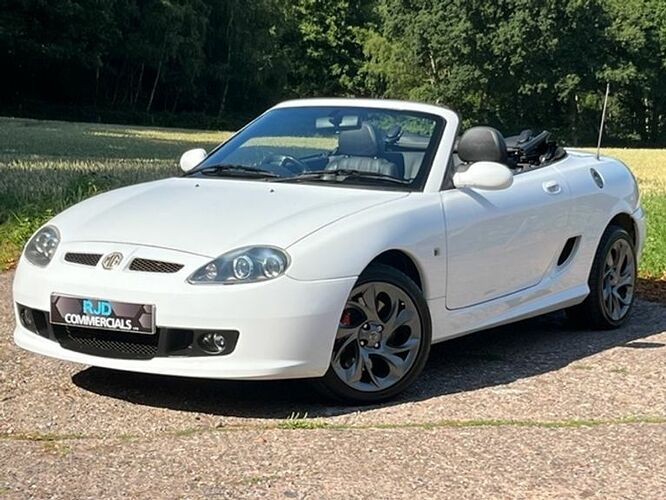 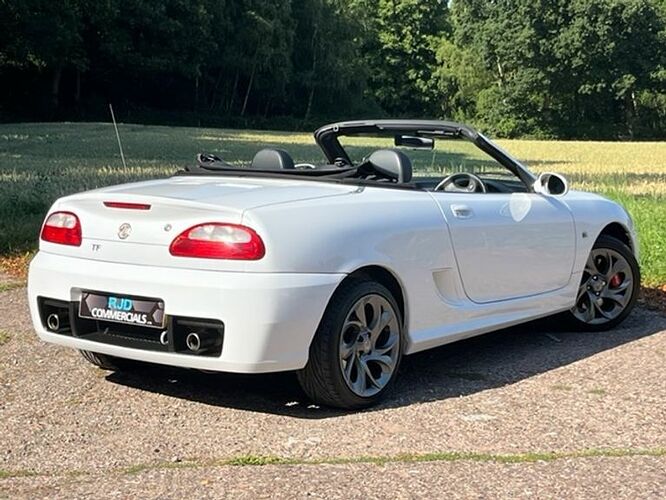 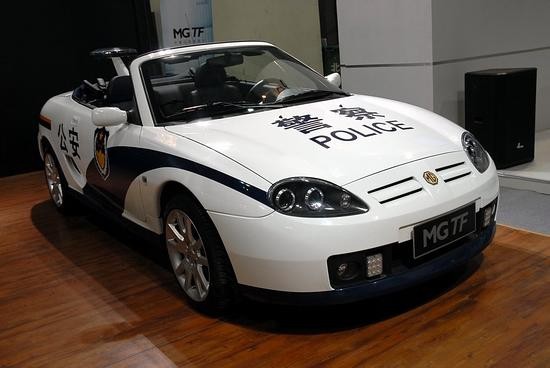