The last three letters of the registration is XUL, which at a stretch could be pronounced as Zuul. There’s a line in Ghostbuster that goes ‘There is no Dana only Zuul’

So, in the spirit (see what I did there?) of fun, what’s your MX-5 called and how did you name it/her/him?

I can see me changing the name to these two

Anagram of the reg letters - SPLOG

“money pit” is the nickname but I don’t really want to give her a female name as she is extremely good mannered with no bad habits… a “Unicorn” I suppose… that’s probably it. Mine is called “Unicorn”

Jayne named it Crystal as she wanted a girl and the colour is Crystal Blue.

It’s called ‘that one’

When asked which car we are going out in I point to it and say the above.

I call mine MX5…I don’t know if that’s catchy enough, but it seems to suit the car.

“My Precious”. In a Gollum accent.

These are brilliant, I love the humour and reasoning!

In a Gollum accent is how I read that too!

“Molly” as in mollycoddled.

Missy (dr who villain) or Ace. Love Dr Who. 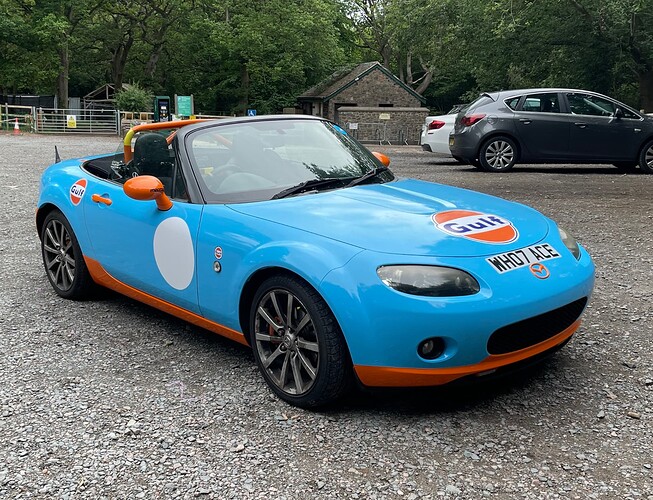