Hi, well when I joined this forum I was asking for name suggestions and as the colour is Highland Green someone suggested Highland Glen and so he is now Glen

Why? hard to know his reasoning, but I kept it at that because:

and it suits the car too 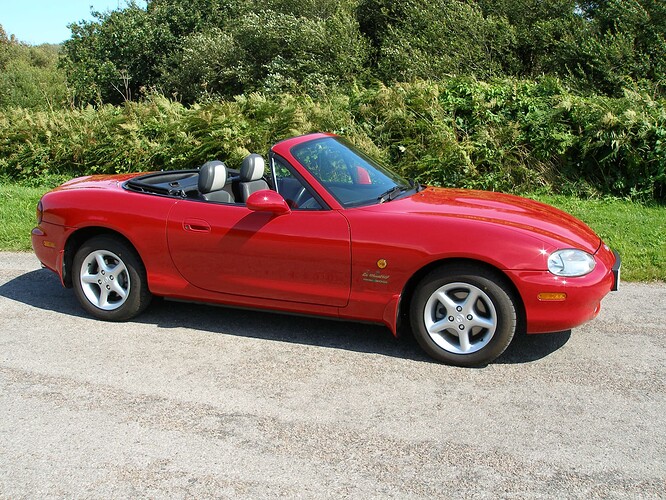 Zebedee, on account of how many sets of springs we’ve been through, getting the ride and handling perfect.

Mine is an ND called Sharky if it must have a name. 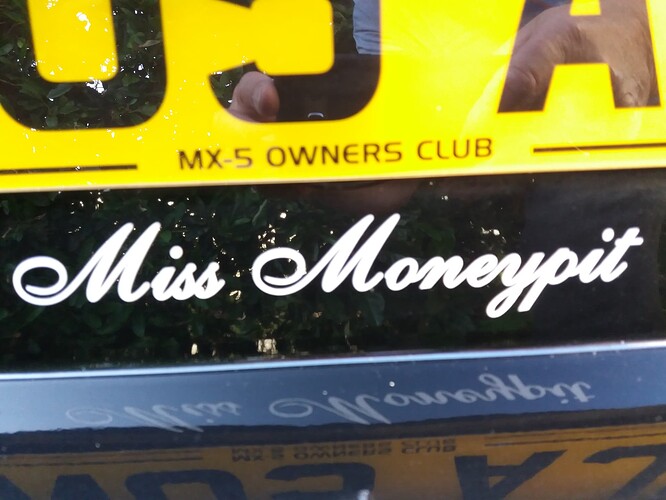 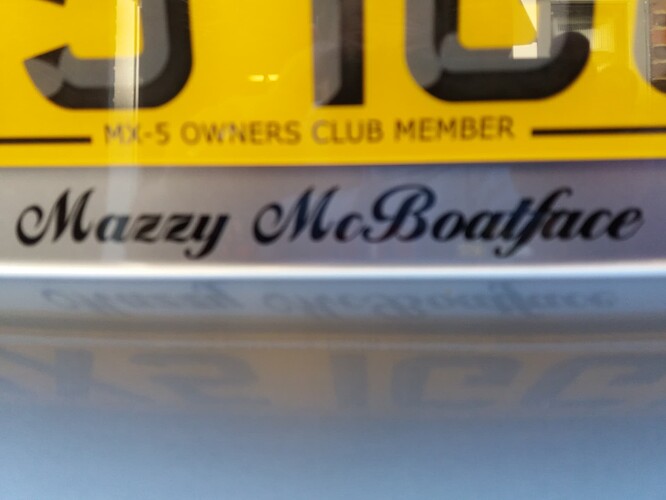 what a great idea!! I’ve got to get Dana added to her number plate 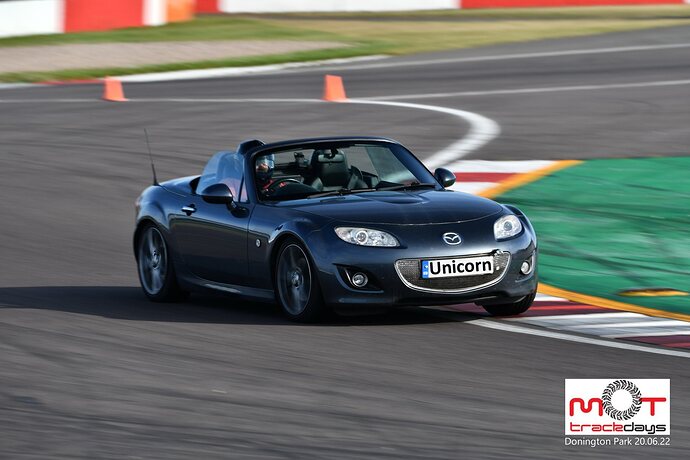 Looking at this photo reminds me when my Wife saw my car for the first time. “It’s smiling” she said. I love that

I haven’t named my MX-5, but when we go round to my wife’s parents my mother in law often asks if we’ve come in the Red Peril, so it has been named in a way.

We called ours Mia because a) we like the name and b) my partner is Spanish and mia is a possesive pronoun meaning ‘mine’ in Spanish.

Lazarus because it was pretty much a scrapper but is risen from its death bed.

Ours is also called ‘Maisie The Mazda’ but our young granddaughter calls it ‘Grandpa’s Racing Car’!

Now I know why you call it a Unicorn. No nasty stuff, just magic