Why do people have to mess things up?

Why do people have to mess with something that has worked and worked well?
The latest mess up of the forum is a prime example of “if it isn’t broken, why fix it”. I find this new forum totally user unfriendly. I have managed to load the new forum on my iPhone but it will not load on my desktop which operates on windows 7. Any suggestions please. Even though some members may be able to work with a computer we are not all I tech boffins. Surely the club money that has been spent on this apparently useless system could have been spent in a more useful way.
Roy

The old forum’s platform was on it’s knees in it’s final years.
It did not work well at all in it’s ultimate death throes and was the subject of much angst & frustration.
Adapt, adopt, and improve…and they have in my opinion.
I’m no IT genius by a long shot, but I’m Windows 10 “comfortable” having been a PC user since '96 and getting along fine with the new platform.
So saying, I only use my Iphone to call or text. It’s a phone. Period. Each their own.
In that sense, you could say I’m a Luddite /dinosaur and I could not care less.

Suggestions, get rid of Windows 7 frankly, it’s no longer supported by Microsoft and will become at ever increasing risk of being compromised. If you’re using Internet Explorer 11 this could be the source of your difficulty, download Chrome or Mozilla and I’d suggest upgrading from Windows 7 to something else.

It has also been said about every single forum upgrade. I the future people will be bemoaning the loss of this one. It just takes a bit of time.

I’m not a great fan of change and was not particularly looking forward to using the new Forum. My initial playing didn’t immediately dispel my negative view but having become a bit more familiar with it in the last day or two I can see that whilst there are some things I still don’t like, equally there are many things that are much better, such as adding pictures to posts which was a bugbear for many folks on the old Forum. In the IT world you can’t stay still - like it or not everything is changing around you and eventually software will either stop working or will become increasingly difficult and expensive to support. Equally the users change. Whilst I will never personally view the Forum on a mobile device I understand that lots of users will, especially the younger ones, and the Club has to cater for everyone.

Regarding your specific issue the issue is as Ian has suggested - Internet Explorer 11 rather than Windows 7. I have tried the Forum with Internet Explorer 11 on Windows 10 and it doesn’t work for me either - I get a blank white screen. It works fine on Edge, Chrome and Firefox so again, as Ian said, I recommend you download Chrome or Firefox, both of which are free and work fine on Windows 7.

Yes, it takes time to accept change and it will grow on us, I’m sure.

In the meantime I find W7 and Chrome works just fine.

Sounds like the issue as others have said is that you are using internet explorer [so you’re the one!]. While IE11 is still supported by microsoft and the latest version was only released a few weeks ago it’s still a shockingly bad browser and always has been. I won’t go into the ins and outs of why but suffice to say it’s a browser that using cubits when everyone else has gone metric. 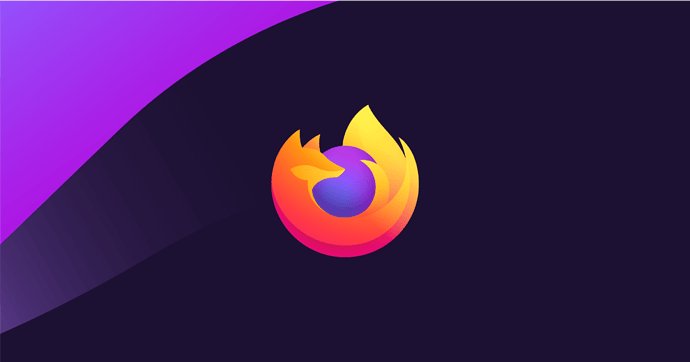 Get more done with the new Google Chrome. A more simple, secure, and faster web browser than ever, with Google’s smarts built-in. Download now.

Either or both can be installed alongside IE11 so you can keep things the way you like them for eveywhere else if you don’t like the new kids on the block.

I have a Lap Top on Windows 7 Business and tried to load the new Forum to no avail.
Then reverted to my fail safe granddaughter Kimberly,job done in minutes.

The latest mess up of the forum is a prime example of “if it isn’t broken, why fix it”

beleive me, it was very, very broken, ask those who experienced some of the outages we had last year. It’s been a significant effort keeping it going for the last 12-18 months. It had to change.

I like updated layout and functionality, not least because it mirrors other forums i frequent.

Once upon a time, I was a director of another car club which upgraded its old website. .You’d have thought the bloody sky had fallen in and we’d trebled the subs, from the reaction of some members . Reassuringly , a conversation with the secretary of another single make club revealed that such a reaction is the norm .

Me ? I am more interested in the message than the medium…

.You’d have thought the bloody sky had fallen

John, I’ve been involved with several forum changes with this Club, and the reaction has always been the same, in fact so far this one is getting a much easier ride!

HI Guys and Gals
I would like to thank you all for your comments and advice regarding the new forum and my post in a moment of frustration. I have today tried using Firefox as suggested by some of you as my desk top browser and sure enough it went straight onto the forum with no problem. The trouble with us mature members, we do get stuck in our ways. Hope you are all looking forward to another great year with your MX5 pals.
Roy

Absolutely agree with this Nick. Members just need to keep an open mind and go with the flow and they will see how easy it is and how many more benefits this version has over the previous system.

I had an issue posting our Area 2020 programme but came up with a work-around, as PDF files are not yet accepted by this new forum. But was delighted to see that PDF’s are being looked at by the technical team, which will make things much easier in the future.

By the way for the quote “if it isn’t broken, why fix it”.
The Forum was terribly outdated and new features were not available,
because the whole page was made to support IE.
This was the only way for the IT guys to do it

Furthermore using firefox or chrome all your browsing experience will increase ;).

Browser backward compatibility is often an issue when moving to more up to date forum platforms. I keep Edge, Chrome, Firefox and Pale Moon available for testing. Sadly no up to date Windows version of Safari now. Mobile phones compound the issue but this new MX5OC one is pretty OK to use on my Samsung S6. The only minor niggle is that the menus opened by clicking on the ‘three bars’ don’t zoom with a gesture. I have to put my reading glasses on. phpBB 3.3.0 zooms the whole display on my mobile.(with ‘pull down menus’ also zoomed). Kunena is very HTML5 and mobile oriented when visited on a smartphone. Very easy to use.

Still as someone else pointed out it’s the content that matters. PDF uploading functionality needs to be available though in my opinion.

Agreed, I raised a report with webadmin to have PDF’s added a while back, as EXCEL files are excluded from being uploaded in case there is anything harmful embedded in them.

Still awaiting a response to say PDF’s can be uploaded.

thanks for the reminder, will chase up.

I am not sure why it wouldn’t be working now but you will need to use a new browser soon anyway as Discourse are dropping support for Internet Explorer (IE) in June 2020.

From a software standpoint (I work for a software company), more and more sites and companies are dropping support for IE.
This is because it commonly requires IE-specific code due to missing functionality available from other browsers, take a look at this for more info!