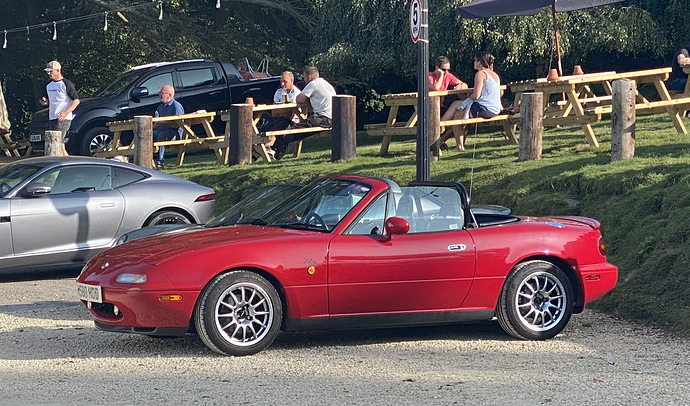 Owned since 2016, originally an early 1.6 5 speed I’ve gradually upgraded or replaced a large number of the mechanical components on the car. Always garaged during my ownership, Rolling road setup by Skuzzle, regularly geo’d by Wheels in Motion to make sure it stays aligned. Approx 160bhp at flywheel

During the conversion, also fitted:

Hood is the vinyl zip out type and in good condition, rain rail has been removed, repaired & refitted, hood drains are regularly cleared. Bodywork is what I’d class as good considering it’s age there’s a few parking dings and blemishes in the paint but it’s a 29 year old car!
I looked long and hard to find a mk1 without rust when I bought this car, it’s never needed any welding work since I have had it, the only previous work I can see is a small patch on one frame rail where it looks like it was squashed & a new piece welded in. As far as I can tell the car was imported in early 2000’s from Japan and has spent most of it’s life in the UK undercover.

The engine pulls really strongly and feels way faster than it did when it was a 1.6. Nick at Skuzzle tuned the variable inlet VICS on the engine well to give a nice torque curve and the 6 speed + 3.9 diff combination matches the engine which revs freely with the lightened flywheel. The 1-5 ratios are similar to the old 5speed but with 6th as a useful motorway gear.

Bad bits? If I’m being picky it’s been resprayed sometime in it’s past life, the front bumper & one popup are a very slightly different colour red but it’s never bothered me enough to do anything about it. Like most MX5’s of this age it uses a bit of oil depending on how hard you drive it, (between ½ to 1 litre every 1,000 miles) This is almost certainly the oil scraper rings as if you use an engine flush consumption is lower for a while. It doesn’t affect the driving so as it’s a second car I just keep the oil topped up regularly. Oil also gets changed every 2-3000 miles anyway.

Mileage shows 96,000 but at least 2/3 was km so realistically about 65,000 miles. The car gets used most weeks to keep it fresh and during my four years of ownership it’s taken me all across northern Europe France, Belgium, Luxembourg, Germany, including trips to the Spa Classic three years running and one trip to the Nürburgring. I’ll be sad to see it go but I’m moving on to a new MX5 project and I’d love ‘HOD’ to go to a good home.
Price is £4,500 + matching hardtop negotiable separately.
Location: Maidenhead, Berks

Please use the Personal Message (PM) system to contact me. 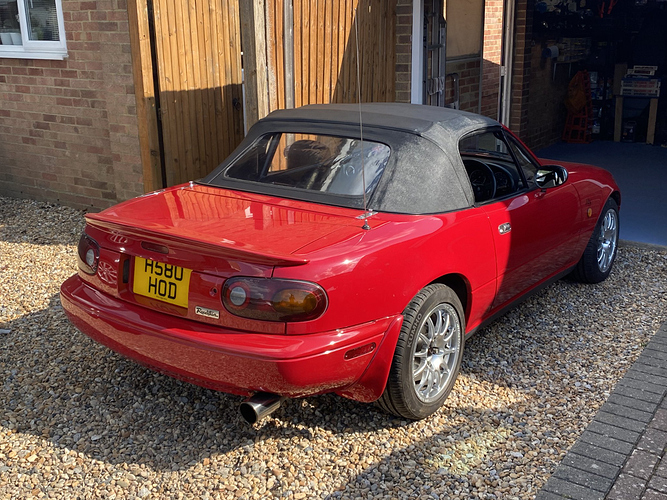 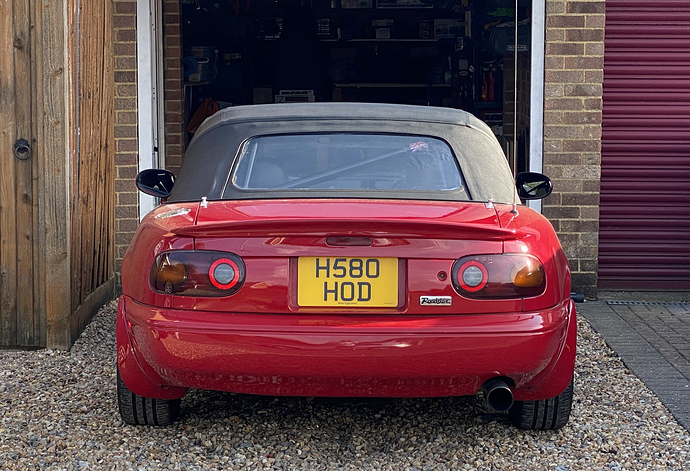 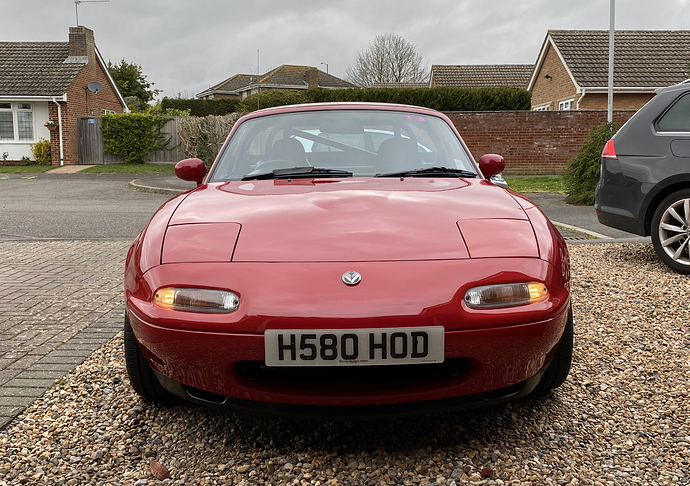 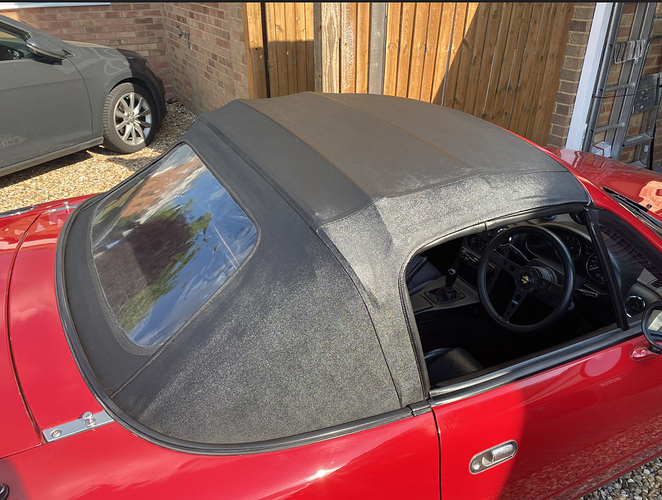 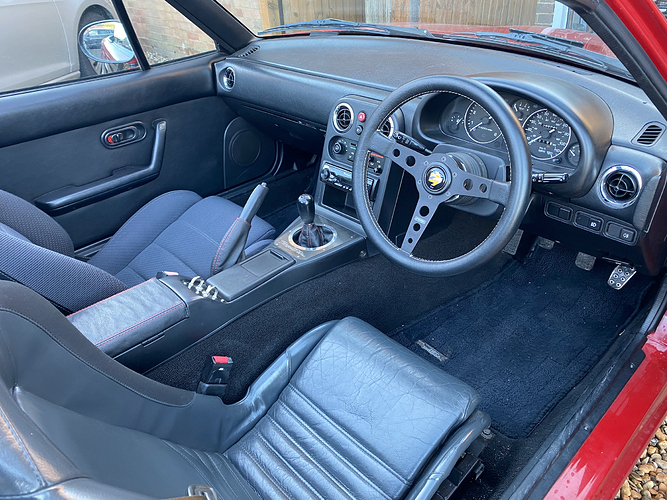 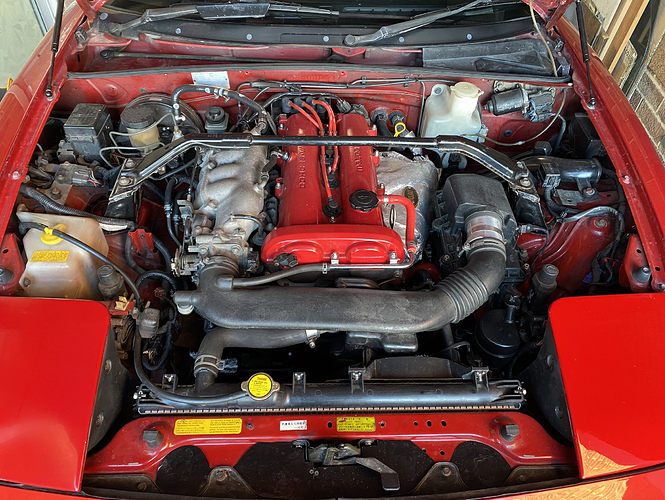 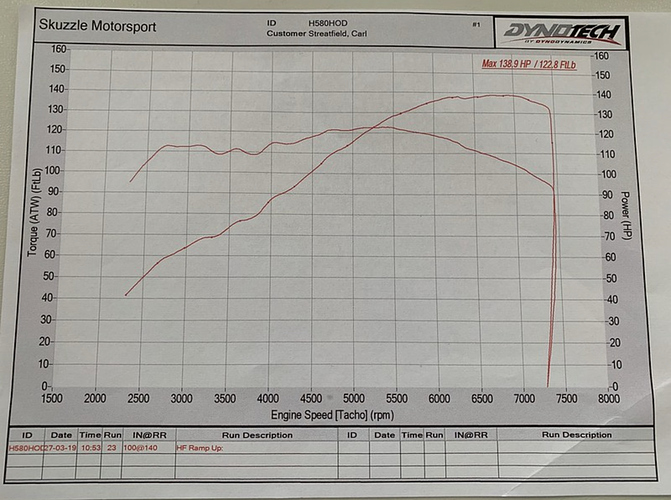 Older pics but the sun was out! (I still have the 5spoke wheels if wanted) 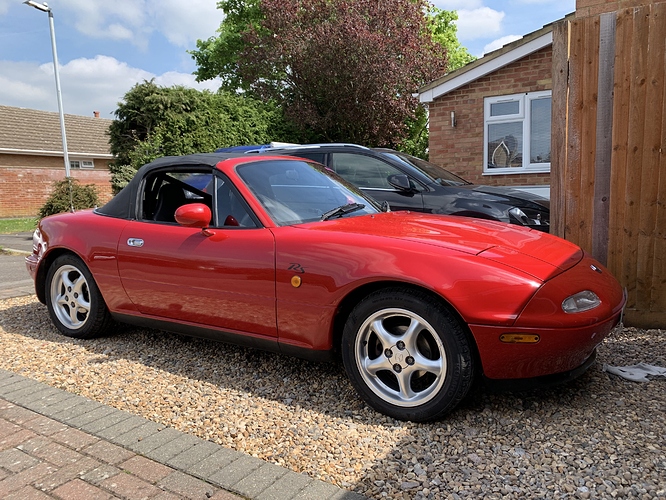 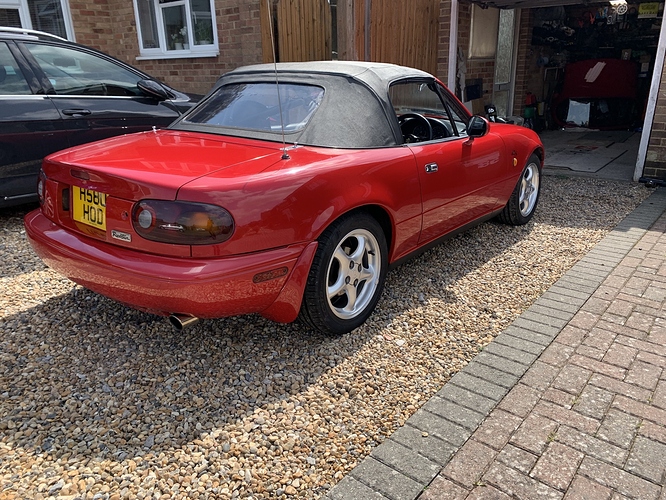 Sold, gone to its new owner