As i’ve just taken early retirement and fed up of decorating i am looking for a new project to work on over the winter months.
I have just been to look at a 2005 LE 54,000 miles (friend of a friend) the car at first glance looks straight enough.
Points.
New Cobra backbox.
Newly refurbished LE wheels.
The rear bumper has been hit and is not deformed but has spider crazing to the paint work.
Corrosion to the usual places, under boot lid and bonnet, easy enough fix.
No damp in foot wells or behind the seats although there was water in the o/s/r drain tray, again easy enough fix.
Rear offside wheel arch is starting to bubble, possibly an easy fix?
Oil is up to maximum level and looks relatively clean.
Engine is sweet enough.
Three odd tyres, which would have to be changed.
Only one stone chip to the bonnet which started alarm bells ringing and brings me to my main concern with it being an LE and presumably ‘velocity red’ which if i bought it i would want to keep it as standard.
On my current 5 the outer paint work is the same as the inner wings, under bonnet and boot lid, but on this car the inner paint work is a duskier red so i’m thinking it’s had a respray unless anybody who has owned or does own a LE can tell me different.
Thanks.
Dave. 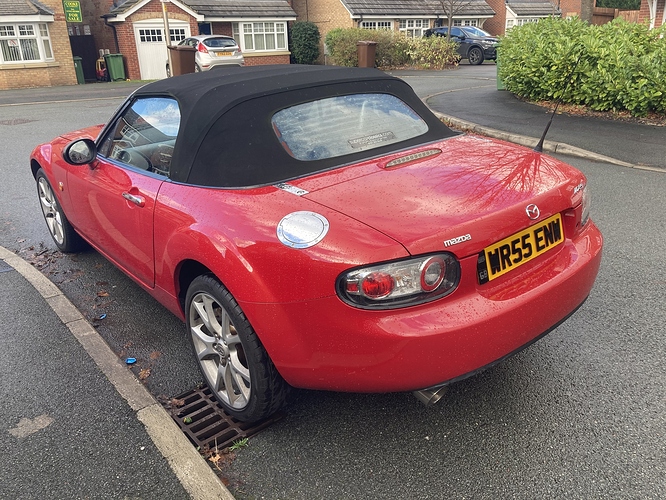 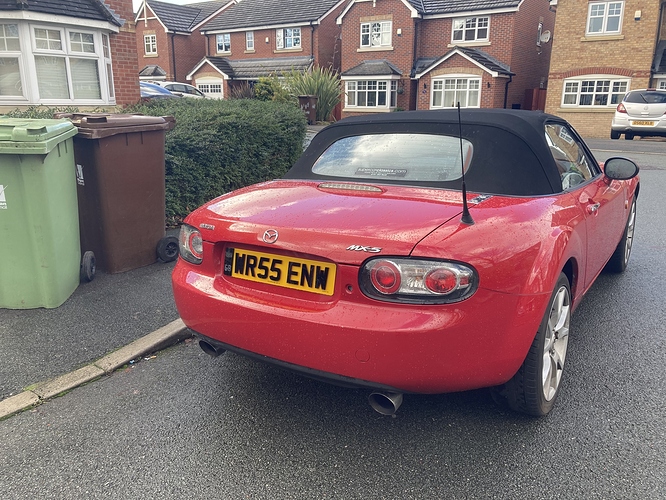 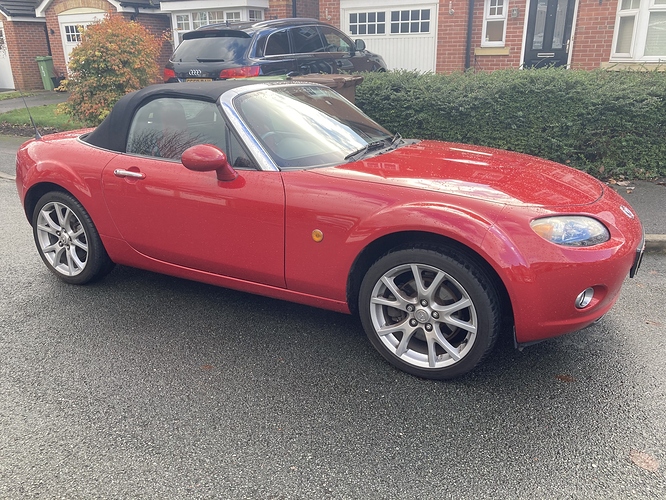 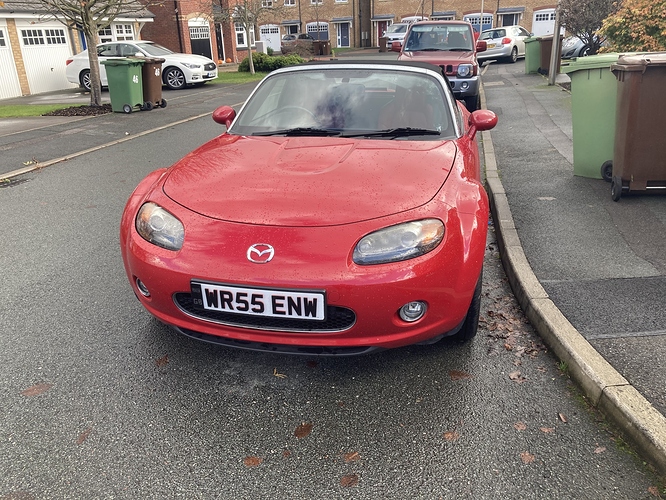 heres a pic , not best but best i can find , 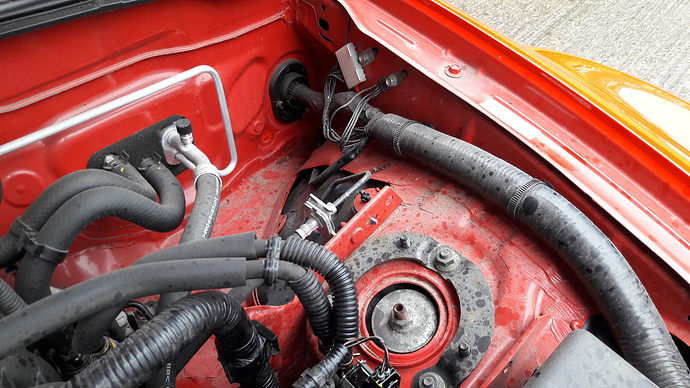 As Geoff stated, my previous NC (True Red) was dull and slightly darker on the inner wings and other areas. Looks as if no lacquer coat applied by Mazda originally!

Ex Supercar Classics car, they usually sell decent cars, mileage is a plus for a 15 year old car too

Nothing that would frighten me regards MOT History either. Nice car by the looks of things Dave.

looks nice dave , pass it on if your not buying it ( if price is right

Geoff and Barrie, thankyou both for the replies.
You have both put my mind at ease (i think) i am just concerned about the o/s/r wing starting to bubble, it’s about 3 inches up from the sill and about the size of a 50p and if it’s hiding a nightmare.

Did you get chance to look behind the front edges of the rear arches Dave?

Yeah, that’s where there is a bit of corrosion to the offside.
Also had a look and feel under it and it didn’t look too bad.

If that rust patch is on the return lip of the arch it’s easy to sort. I did a small patch on mine, just very slight surface bubbling, you can’t really tell it’s been painted. If velocity red is available in a spray can then away you go.
Looks good in the photos.

Am i wrong in thinking velocity red is a metallic finish and hard to touch up?

I’ve not seen one for a while maybe an owner can confirm if it’s metallic. I’ve always thought it doesn’t have a metal flake finish.

Velocity Red Mica is a three stage paint and it is a metallic finish. Notoriously difficult to match (tho’ easier than Soul Red

), a good painter is worth his weight in gold. If the area is small and isn’t noticeable, have a go yourself with touch up kit. I’ve never heard of an aerosol being available due to fore mentioned three stages.

So is there a velocity red and velocity red mica? The LE is velocity red, the paint is available at Mx5parts, it says requires lacquer.
BTW I’m no paint expert.

It’s Mica…if it doesn’t say Mica they’ve just left that out. I have now seen aerosols available…you also need a lacquer tho’. The paint code is 27a and the Launch Edition is Velocity Red Mica.