A second sports car anyone?

Not taking anything away from the great MX5 in all its forms, but given the chance to have another sports car , it would be interesting to know what other cars MX5 owners would have as a second car (money no object ) other than another MX5,… a Classic MG, Spifire, Caterham 7 , Ferrari ?
For me, probably a TVR Tuscan or a Morgan, or dare I say it, a Honda S2000

Well I’ve already got my quota of two, an ND 1.5l SE-L Nav and an ND 30AE. Before I got the first of those the only other sports car I SERIOUSLY considered was the Honda S2000 because I’d got a liking for the brand having had two Civic Type R’s (consecutively) prior to that.

E-Type, the best there is👍

It would have to be a Morgan. My Dad’s best friend had one when I was a boy and I have always wanted one. Not a new one or a Plus 8 just a 4 cylinder Ford engined one.

I am biased because I’ve owned two and done 100kmiles in them but for pure unalloyed driving joy nothing road legaI I have driven come even close to a Seven. Sublime steering, manouvrability and response that makes my MX 5 feel like a truck and performance which enabled even a plodder like me to overtake stuff like quick 911s and assorted turbo nutter Japanese stuff with ease on track .

Rubbish in the wet , loud , terrible on bumpy roads but surprisingly comfy -I once did a 500mile plus trip in a day in my R400

Alas, nowhere to keep it and I could not afford to own it, even though it would be a doddle to repair (I was involved with engine rebuilds and body surgery on a few Mk2 jags many years ago.) 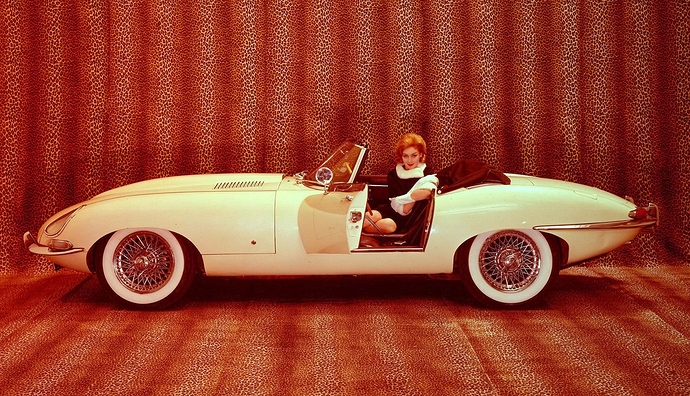 I still vividly remember my first rides in one, a high speed return lift to the dentist. My Maths Master (not the model above) at the boarding school had recently taken delivery of a brand new white fixed head (other car lwb Landrover), and school was five miles out in the empty country away from the little town. He needed to do some shopping.

The Maths Master was a fan of Stirling Moss, and followed his (apparently) one and only economy rule “Foot flat to peak revs in each gear, switch off and coast the rest of the way.” Which is exactly what he did, mentioning he had only one shot of the brakes before needing to turn on the engine again. As a sixteen year old with a fresh new driving license I had no fear and thoroughly enjoyed the two rapid trips.
That was the day I became hooked on the E-type.

Now, personally much older and slower, these days I find the safer NC is a perfect substitute.

Hi
The Honda S2000 is a fantastic car with a wonderful engine…only concern is the annual road tax…£550!!

I think I’d agree with you there John, but unfortunately not for the reasons you quote. Biggest mistake of my car owning career. Toyed with one, having seen the rave reviews about driving pleasure etc.
Fun for the 10 minute test drive, but having bought it, reality struck and I couldn’t get rid of it quickly enough. Ok, not one of the latest wide body cars (but then I’m 10 stone and 5ft 10), but it felt like the poorly assembled collection of obsolescent parts it was constructed of. Dreadfully noisy, totally uncomfortable for me - my left leg got cramp after 20 minutes. Absolutely and unbeliveably impractical, so I never did actually use it to go anywhere. I’m amazed anyone manages to clock up big mileages in the cars. As I found when looking for one virtually all the cars on sale have miniscule mileages for their age. I should have been warned! Frankly it didn’t seem anything special to drive, but that’s probably because it was so damn uncomfortable. I put the ‘hood’ up once, just to try it, but no way was I going to try it in the wet, as I’d get soaked whilst trying to actually get into the car.
There, that’s probably upset all the seven purists, but it is a very personal opinion.
JS

Its funny you should say that, because I’ve always liked the look of the 7, but always wondered how practical and comfortable they are, compared to say a Morgan, although if I had the money it would be fun trying them all out for size !

Hi JS,
Are you sure it was a Caterham and not one of the ‘replicas’? Your size and weight are ideal for a standard Caterham.
Not special to drive!!! I used to get home and frequently ask the car ‘how do you do that’. A totally immersive and extreme experience in dry grip, raw speed and exquisite steering and overall ‘feel’. Not for everyone I would agree, but???
The 7 is not a 5 by any stretch of the imagination, they do different things, but both are very good cars. That is not a personal opinion but a fact!!

Owned various MGs and TRs etc in my younger years after which moved onto hot hatches. Back in the day I also owned an elan S4se for a while. If I had funds and garage space I think I‘d like to go back to my roots with a Mint Mk1 Golf Gti and an elan sprint d/h.

Are you sure it was a Caterham and not one of the ‘replicas’? Your size and weight are ideal for a standard Caterham.

With respect, Malc, that’s a bit cheeky! No, I’ve played with cars since I was a teenager and I’m well able to spot a replica. It was a genuine Caterham Super 7 and from a specialist dealer. But, no, not for me at all. Yes, I fitted in, but couldn’t move my leg enough to avoid cramp. Only seemed like ‘raw speed’ because it was so damn noisy. Honestly, didn’t feel at all special.
As for feel, I much prefer the feel of a Subaru Impreza 4wd working as you accelerate out of a wet corner. Yes a 7 and a 5 are very different cars, but you’re welcome to the 7 any day.
JS

Always fancied a nice Boxter, or a Morgan. Got a Morgan factory tour to book when all this is over and wifes warned me not to come home with one as if that was ever possible like i did with the MX5

Austin Healey 3000! I know, even older straight six engine but I just love the lines of the car and mine would be red with white sides, not that I will ever get one! 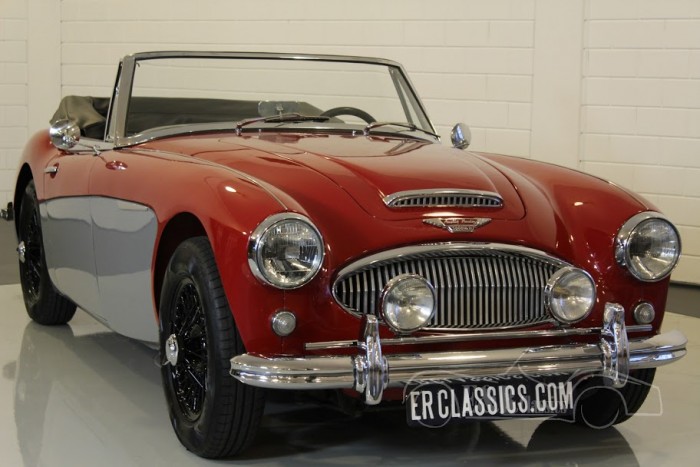 To me the Mk.1 3.8l roadster E-type (not necessarily white) was and still is the most beautiful sportscar ever designed!

The “stretched” version with the larger engine just ruined the symmetry of the original shape.

Hi JS,
Of course it’s cheeky, it is meant to be. We are all different thank goodness, and 0 to 100mph in 10 seconds does not ‘seem raw’, it is. Yes I’m being cheeky again. 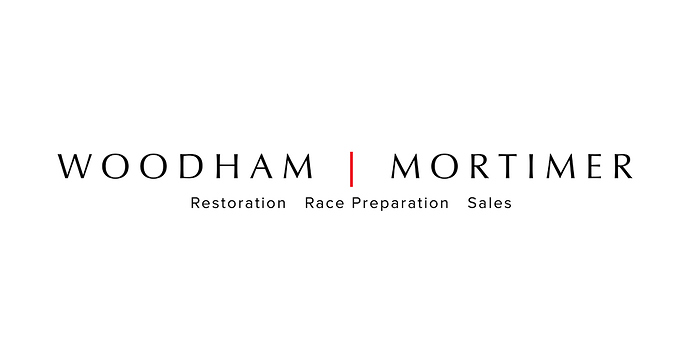 I’m quite fortunate in that I do have a second sports car, I’m the proud owner of my dream car - and its a Morgan Plus 8. A hugely different driving experience to the Mazda and most other cars too actually.

I have a Toyota GT86, never been an ounce of trouble in 5 years of ownership. Beautiful handling and great balance, mechanically unbreakable.

Can bite in wet conditions — must have Michelin Pilot Sport 4 tyres to be safe.

Mine would be a TVR V8S 4.0 in metallic blue with that fantastic V8 woofle