Just in the process of buying a MX5 and am looking at NB2.5 onwards. Every time I see a NB2.5 I like I check the MOT history its the usual seat belt and sill areas are rusty. Almost impossible to find one that isn’t heavily criticised at MOT time for rust.

This has got me wondering whether to only consider Mk3 which don’t appear to suffer the same rust problems. Are they better protected or are they just a bit newer and Ill be facing the same problems myself in a couple of years?

All Mazdas rust. MX5 or otherwise. Mazda skimps on rustproofing, in comparison with other manufacturers. It’s how they keep the prices down, and consistently get described as “… good value for money…” by reviewers, when new. Those reviewers are never seen, some years later, underneath the cars, with a wire brush, muttering "… for ***ks sake… ".

I’m finding it very frustrating - I’ve never known a car like it. Its like something British Leyland built back in the 80s. Id just assumed all cars these days had decent rust protection.

Gareth of Mx5 Restorers now works on rotting Mk3s as well as earlier Marks.
I saw daylight through the rear lower offside sill of a sliver Mk3 years back in a Tesco Supermarket park which had it’s plastic skirt removed . Apart from that the car was pristine…clearly well looked after.
Thanks to Bacofoil gauge steels and pretty much zero protection plus trapped road gunge.

The core issues are two fold as far as Mk2.M2.5 tubs go: I know nowt about Mk3 tubs.
The first big issue is “designed in cavities” eg the double skin chassis rails (of the Mk2.5 especially) in the engine bay, and over many years condensation attacking them from the inside out. Similar issues with the rear arches and sills, often made much worse by multiple owners not maintaining clogged drains etc.

Secondly, (I’m not going to get into a debate about it) is the British climate, not forgetting there is nowhere in the UK more than about 70 miles from the salt sea air, and then of course salt & chemicals on the roads will rot out daily cars as opposed to winter SORN’d garage vehicles which will still have creeping future hidden rot going on somewhere…just no so quickly.

There used to be a few folk in this forum deriding Mk1’s, Mk2s, and Mk2.5’s who had never experienced a 5 before but had just aquired the Mk3 to “avoid” as far as possible the poor factory processes. They are not so vocal now. Mk3’s are dissolving ( if you are unlucky) just as much.
Have a look at a couple of Gareth’s ( The Mkx5 Restorerer) videos if you think that’s harsh.

Mazda’s grim reputation on the subject has caught up and is far better understood if not accepted, but I guess people do accept it if they hang themselves out to dry with 3 or 4 years finance or PP deals for the Mk4. Some wiser ones buying used ones get stuck into the chassis either by a fillthy weekend in the garage or paying £4 -500.00 getting them rust treated ( note I do not say rot PROOFED) professionally.

I’ll be in the market for an RF in a couple of years but given the dodgy looking state of a couple of NDs I’ve already seen on ramps…rust proofing will be the first thing I’ll be looking at. The floor pan looks like a jagged Swiss cheese with nooks and crannies…and poking a boroscope in will reveal that spit on wipe off attitude ( bean counter policy) of grey primer.
They make these things to get through the warranty periods. After that, tough. To be fair, I doubt Mazda are alone in that. I’ts a hard nosed cynical business turning sheet metal into a profit.

Had a bit of a “forum recall” snigger on this while writing when I remember a few years back a well known OC Forum Officer requesting I and a few others wind our necks in warning people about the issues…after I’d posted up the rebuild in progress at the time and having had a very intuitive and long chat with a VOSA inspector about mine, 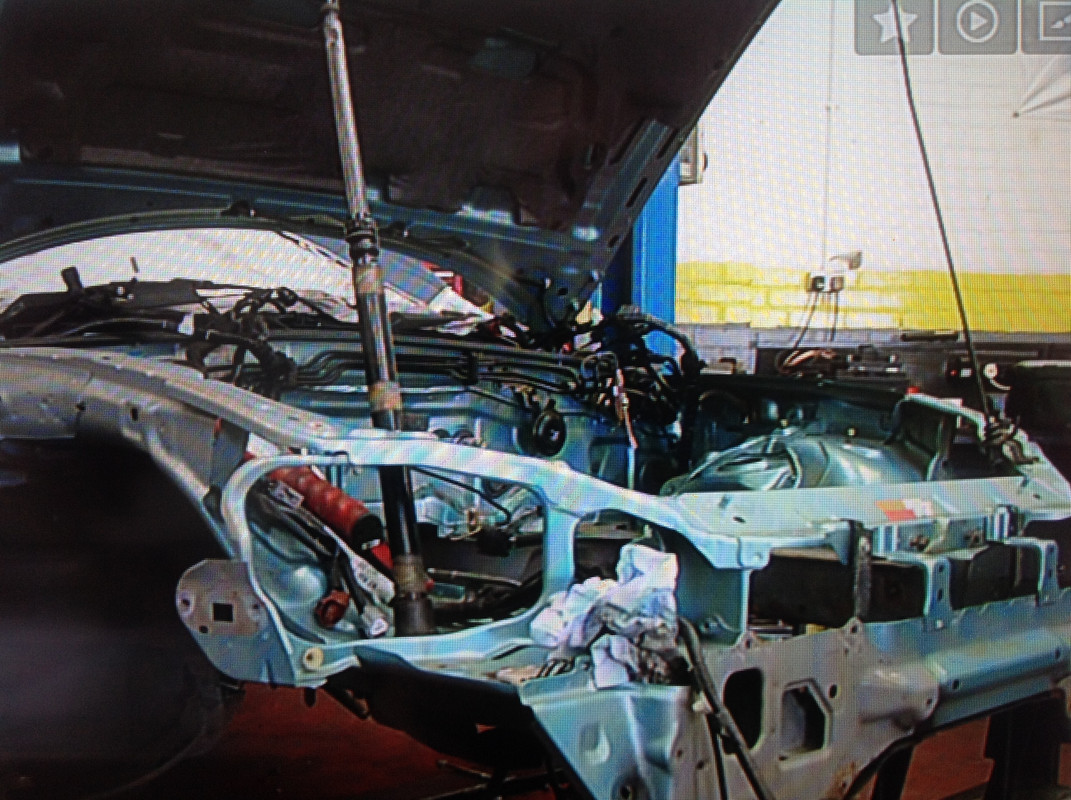 I have a 15 yo mk3 which I’ve had for 12 years. very earlt on I fitted mudflaps (been here before as you can see) and sloshed waxoil over and inside the rear chassis rails above the exhaust where the underseal was peeling off. Every 2 or 3 years I go over it in likely places and re-do the rear chassis rails. Likley places include the underside at the rear around where the drains are, below the bulkhead where the black sub-frame is bolted to it, and I’ve done and re-done the subframes especially at the rear, and inside the bits that look like meccano. All of these bits of black-painted chassis need treating, the paint comes off and they start to rust quick. I have a good look round under the front at the annual oiol change (while the crossmember is off) and haven’t spotted anything yet but it is a year since I looked.

I suspect I may have kept some corrosion at bay via these methods, and the mudflaps have certainly reduced the amount of stuff sprayed up behind the plastic sill covers, and up onto the bottom of the boot floor.

Hopefully the above will give some ideas of where to look.

One thing you might do is get a container of water, and tip some onto the roof behind the doors then stick your head under and see that the water is running freely out of the roof drains - just in front of the inner edge of each rear wheel, both sides. If its not, you don’t know how long the owner has negelcted to clear the drains. The carpet behind the rear seats gets wet when leaks occur, plus the boot floor. At the front the surface of the carpet gets wet if the door seals leak, better yet if the car has mats, they can get wet and the carpet underneath remains dry if that happens.

I am considering getting a camera on a flexi tube to inspect any cavities I can get at.

Thanks for that folks. I’ve just been to look at a Mk3 this morning and the rear wheel arches are rusting to the point where its just about to show on the (silver) wings.

Seeing another one this afternoon which I’m hoping may be better.

Ideally I want to get one which has nothing more than light surface rust then I’m going to treat it to keep things at bay.

your best bet is to try and find a low milage, winter sorned car and then once you have it Immediatly book it in for an underseal and general rust proofing.

Or even speak to Gareth at Mx5Restorer.
He usually has a handle on solid examples as you would think…given he brings them back from the grave.
I’m sure he would help if he could…comes across as a really top bloke for years here.

That’s what I’m hoping to do, however, there does seem o be hefty premium for those sort of cars which if I honest there’s others cars Id rather have for the asking money.

Ill let you know how I get on this afternoons viewing

yes, i paid 11 grand for a low milage (31k) 2013 not driven in the winter or rain car.
worth every penny in my opinion.
tho i have to point out even a car like that will need a fair bit of stuff doing to it.

but at the end of it you will have a very nice motorcar! that should last you for about 8 to 10 years

I’m back - overall its a very nice car except for the drivers bolster having a rip in it - (apparently a very common fault?)

Underneath there is quite a bit of surface rust all over the suspension etc but nothing that looks like its about to fail structurall etc and all 4 wheel arches are free of rust as far as I can tell.

Ideally a pampered non daily car owned by an enthusiast is the holy grail to look for. They are out there, tho’ you will probably have to pay a premium for a really clean, solid example. I was lucky with my Launch Edition as it only had 20k miles in its first four years and seemed like the owner didn’t use it for her short commute. Once I got it, I dived straight in to sort any rust out (a tiny bit of surface keek here and there) and it’s been fussed over ever since. 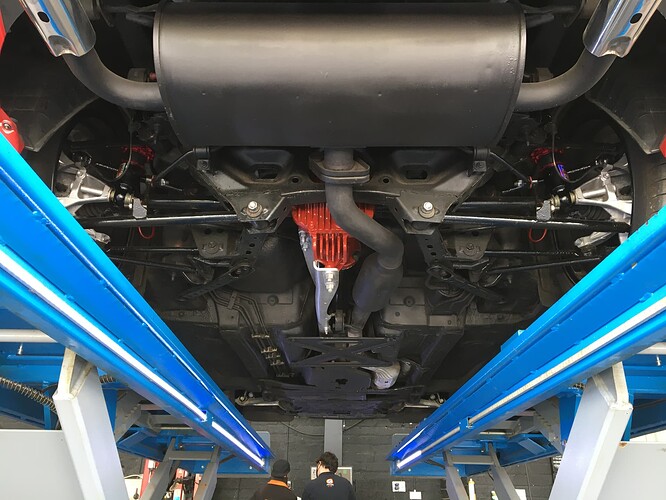 Got to hand it to you, yours is well cared for. Mine after 5 years of being off the road 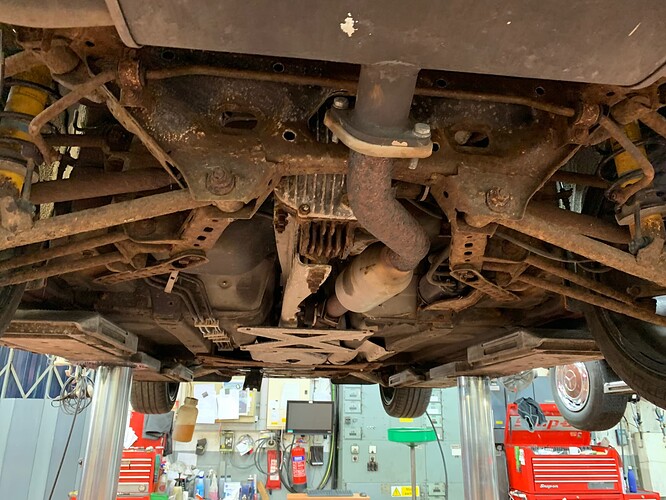 MK 2.5’s, MK 3’s are the worst, MK 1 is a better build quality but get attacked , but in most cases is fixable, MK 2’s have better paint for protection than the MK 2.5’s , watch the MK 4’s,(new) have had them completely apart in and out, get them protected quick if you want them to last.
They all rust from our great answer to winter …“salt” fully protected from the beginning( in and out) they all have a good chance to survive, but hind sight is a wonderful thing, or lock them in a garage never to be used, no fun in that and what they were built for.

i wish i could get mine looking like that.
sadly because its a daily driver its never going to happen because theres always going to be some road crud on there. 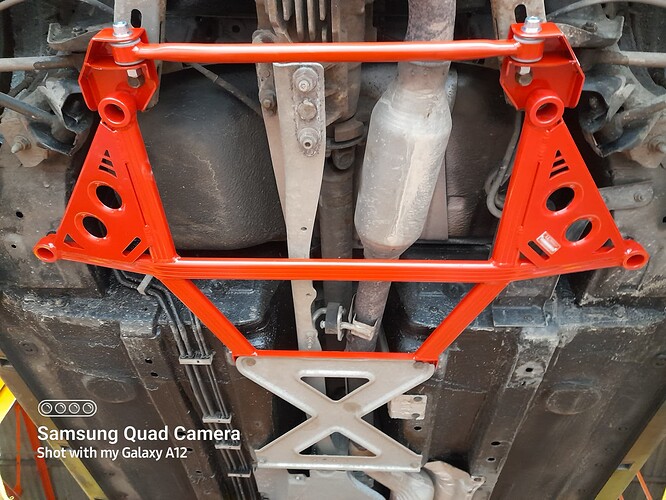 really want to get my diff painted
thinking blue hammerigt should do it.

My 2011 NC looks like yours, even though it is garaged and was used as a daily until I bought it in 2014.
I’m in the process of looking at options for stopping the Rust Army marching forward.
So many options, but does anyone know of a decent place in the Derby area, where I can get this looked at.
If not then what is the best treatment to use while on stands in my garage?

All Mazdas do it. I know someone with a 60 plate people carrier and underneath it looks like it’s been in the sea! Newer the better, but that’s only due to less time exposed to the elements.

Mine is a 2006. It’s covered about 2000 miles in 8 years since I’ve had it. Luckily the rust is superficial but looks awful because the rest of the car is fine. I did however have the dreaded rear wheel arch rust but had that all cut out and done.
Stood outside for 3 years under a cover but that I think didn’t help as the lack of use caused other issues.
I have found a Mazda specialist in Cornwall and to strip, prepare and waxoyl is £400 which I think is pretty good. I am concerned at the bolts tho, getting a mouthful of rust when I was under the car wasn’t pleasant

I’m having the ancillary drive belt changed for £40 all in as I don’t know if it’s been done.
If it’s not possible to waxoyl your car, painting old oil on the rusty areas can help to delay decay but obviously will wash off over time.
I use to work at a Mazda dealer 7 years ago and grabbed loads of wheel arch clips and m6 under tray bolts and just as well looking at what they cost.

This is all very depressing reading!!!

The search goes on…