This cropped up elsewhere and isn’t one I remember from around ND launch time, nice little video. Do you remember when you were converted to MX-5 ownership? 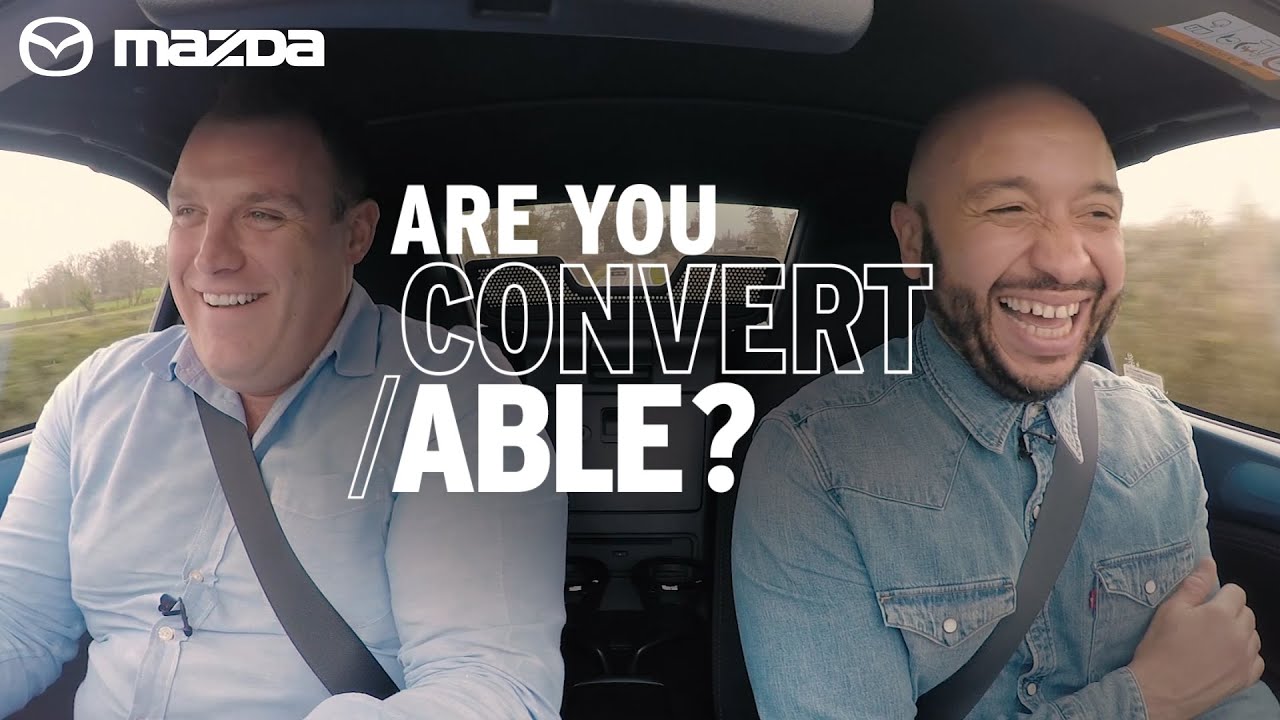 I’d not seen this before… Fantastic!

I remember! I took my late Father in Law to pick up his (new to him) Mercedes saloon. In the showroom was a fresh import Eunos. A J2 Ltd with a load of aftermarket JDM bits! Bought it there and then! This was about 20 years ago and I’m now on my 8th 5 IIRC

I had been working in Alabama, as a postdoctoral researcher. Initially, I arrived with no savings, and a bit of cash to buy a dreadful 1985 Mercury Cougar V8. After a few months, I got rid of that for a 1991 Honda CRX HF. I’d like to think of that as athe lightweight edition, but in truth it was developed for the California market in order to bring the fleet MPG up, so was a stripper CrX, no back seat, no parcel shelf, skinny steel wheels, 1.5l single cam engine. But it was a hoot to drive.

Moving back to the UK, to take up a Fellowship in Belfast, I brought a Peugeot 309 Gti as a run about and to tick a box (the 205s I looked at were a bit shabby at my pricepoint). It was disappointing as a car, so 6 months on, I was on the hunt for another CRX. The local Honda dealer just laughed when I enquired; too rare. But being in Belfast, at that time, I started to see a lot of CRXs with square rear plates. Grey imports. Some more enquiries, and I was at an importer in Banbridge, who had a brace of them. All of them were Cyber CRXs, with the full glass roof. Mechanically, they were scary, with a 1.6 VTEC, and most on throttle bodies.

But I was drawn to this green MX5, which turned out to be a blinged up V-Spec, with hardtop, BBS wheels and lots of crhrome bits. Probably was JDM heaven. It drove great, as fun to drive as the Honda. So I tried another car the dealer had in, a mariner blue ex-track car. It had a ducktape covered rollcage, but it was tight to drive. And no top. So the hunt was on.

In the end, SAZ9826 was found at the dodgiest of garages in the dodgiest part of East Belfast, and I was allowed a solo top down test drive on a cold November evening through Belfast to seal the deal. The car was fresh off the boat, and the dealer ven took the 309 off my hands for a decent price.

During the buying process, as I was now flirting with the idea of a convertible, I did also consider a fresh bodyoff resto TR6 for the same money as the MX5 (about £9k), but had pangs of guilt, as I knew I would end up ruining it. Anyhow, how valuable could these Triumps ever get?

For 15 years, MX5s were my main transport. Now my career has moved on, so its a bit of an indulgance.

I suppose my route to an MX-5 comes through various influences.

My brother had a Beach Buggy, I remember a couple of exposed trips between Northumberland and Aberdeen in that.

Good friend had an NB in BRG which was the reminder when the kids were of an age and cash was a little bit more free that the spark was still there.

2004 NB bought new from a discounter, it was a daily for 4 1/2 years until rust bubbling through the quarter panel suggested it was time to move it on. Possibly had been sitting round a wet field/aerodrome before I bought it as a result of over ordering or perhaps that’s as long as the NB was good for through a few NE Scotland winters.

16 years in and still loving the driving experience, nothing consistently comes close

I didn’t know there was such a thing as a CRX HF. I’ve just googled it and I had the same shape but with the non VTEC 1.6 engine and fatter tyres, like you say a really great drivers car. Wish I still had it now!

Not really sure how we got to owning our NC - we were just having a look earlier this year and fancied a convertible 2 seater. Had a look around and it seemed to be the least rusty nicest colour choice we found! My last ‘fun’ car was the CRX, it’s been company cars ever since 2000 for me. Nice to have our first Mazda and nice to find a car that I can improve too!

My CRX HF. Nothing to do with a Lancia. 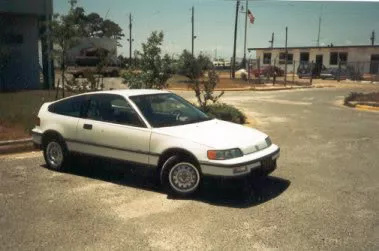 It had these thin seats, no back seat, no shelf, one mirror, wind up windows, steel wheels.

But Honda did something with the gearing that made the car immensely fun to drive. I’d like another one, but they have all rotted away. Couldn’t bring it back from the States, bank was slow sending me the pink slip.