CTEK MKS 5.0 https://www.ctek.com/products/vehicle/mxs-5-0 seem to be widely recommended by almost every forum

Would have gone for another ‘3’ but well thought of and still selling for more than I paid new 15 years ago,

Still getting used to the ‘4’ but appears to be an even better charger.

These smart chargers are to be relied on particularly if like me you leave the MX5 and motorbike sat in a cold garage unused for 4 months+ of the year.

Precious few things that make my life easier nowadays, even outperforming - the optimate charger is one of them.

If someone has replaced it for a gel type (Typically Westco) they will also perform well.

They are also good for lead acid batteries but these batteries are less well suited to MX5’s, the original Panasonic AGM Battery is the best compromise of cost, quality, performance and safety.

I opted for the CTEK simply because it could charge a larger range of AH capacity batteries.

But both are good buys.

Let’s not, in this new year, get all caught up in a tit for tat, this is better than that,

and that is better than this.

Mine’s reassuringly cheap (£13.95) and does a similar job. Not always widely available but grab them when in stock at Aldi.

I found this thread very helpful when trying to decide what battery charger to get as post lockdown my MX5’s battery is vey flat.

I thought I’d share the extra info I recieved when I asked Optimate for a recommendation as I have several vehicles - in short looks like the model 4 mentioned above is a good choice for a MX5, but if you want to use it with other vehicles that have a bigger battery their model 6 is probably a better choice.

They also do a solar powered one that looks neat.

The OptiMate 4 has been a popular charger for the MX5 but it may be a little under powered for your other vehicles. The OptiMate 4 can only really maintain a battery up to 75Ah.

You could consider the OptiMate 6 which has an AmpMatic microprocessor which automatically diagnoses your battery’s condition and sets the optimal charge current and program. This makes it an ideal charger if you have multiple batteries of different sizes and conditions.

My Eunos lives on a Halford’s battery maintenance charger in my garage, cost about £30 back in the day! Great bit of kit tho when I don’t use the car all the time.

Back when this lockdown began, in anticipation of not using our cars much, I bought a Halfords Advanced Smart Battery Charger Plus (bit of a mouthful I know), which seems to work very well.

We have two cars, an MX-5 and Mazda 3, and each week, I would set the charger up on what is described in the manual as a ‘maintenance charge’, and just let it do its thing. One car gets treated one day, and the other the next.

It’s worked perfectly, and now that the restrictions have been eased a little, and we can get out on the road for a little topless fun, both cars start first time, every time.

An old post I know…
Mines reassuringly cheap too and costs on average £15.

It is an “Intelligent” one also.
Keeps it topped up without harming the battery, job done.

They all do more or less the same job, just depends how much you want to pay at the end of the day.
Available from lots of places. 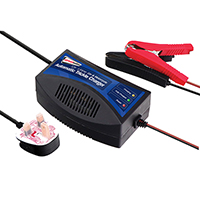 During this lockdown period it got me off my bum to solve the battery maintenance ritual I go through to keep mine topped up.
Instead of trailing an extension lead from the back of the garage with wires draped around ready to trip you each time, I installed the cars own charging station.
Equipped with Lidl’s finest. I’ve got the Aldi one too and plug in for the other car if needed. 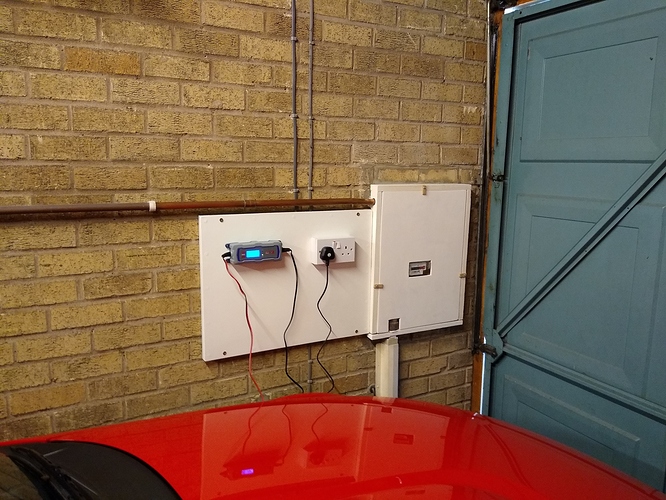 I’ve had a CTEK 3.8 (older model) which kept the old battery working. I think but ‘5’ (appropriate number) is Auto Exp’s No.1 and mine has been faultless. Unlike my 5’s battery which I eventually replaced last week. Ok it was the original Panasonic and 11 years old so not bad. Replaced it with Yuasa Silver YBX5053 (HSB053) - brilliant. Weirdly my Bluetooth works every time with my phone automatically now. After 3 years of manually connecting phone to car, yep every time I got in the car, it just connects.After battery change only had to reset DSC, radio carried on working without resetting.

Just thought I would give a bit of feed back reference battery chargers.

As stated I have a Streetwize Trickle charger which “I thought” was doing the job.
The green light comes on indicating fully charged and just topping up.

But NO it doesn’t.

Our other car is a Volvo V60 with Start Stop, which decided to stop working.
Volvo main dealer stated it was because the battery is not fully charged…
Really, I thought. It starts it charges never a problem…
Until short journeys etc etc

Sir you need to fully charge the battery.

Never experienced this before.

I connected the car to the Sreetwize charger for 48 hours with the green light on and thought it was fully charged.

Start/Stop still not available or working.

something is not right.

So I decided to bite the bullet and bought the CTEK MXS 5.0. due to previous comments on the forum and reviews.

Well, the result is, this bit of kit DOES fully charge the battery properly unlike my cheap charger which I thought and believed was doing the job.
(No idea what the other cheap ones are like).
Again, I said I believed they all do “more or less the same job”, but have proved to myself that they don’t.

Not the cheapest bit of kit, but feel rest assured it DOES work properly and would absolutely recommend it.

I now have my MX5 wired accordingly in the garage to use it too.
(It took a few more hours to fully top it up from disconnecting the Streetwize one which indicated it was fully charged).

Winter is not far off the horizon for the people that put the car to bed for the winter.

I’m no way an electrical whizz but I have similar experience with these high capacity stop/start batteries. My NC battery shows full capacity after being on the maintenance charger or actually running the car over any distance, no problems. My daily driver, new battery last year at just over 4 years old doesn’t show fully charged for long, maybe a day later it shows discharged on my meter after say a long run. I’ve tested it many times, maybe it’s the systems taking more out of the battery when not used. Everything works fine, stop/start, starts ok no problems and the alternator works ok.
I never use the stop/start, well very rarely.