I am in the process of stripping out the engine bay to treat rust (mk 2.5). There are a couple of large holes which will need welding - but a good many small spots which I have brushed out and now need to repaint. I originally bought some etch primer - but I am concerned about this as it is impossible not to overlap the existing paintwork. I understand that the etch primer can sometimes lift existing paint.

I looked at alternatives and Halfords standard acrylic grey primer looks like it should do the job if it is anywhere near as good as they make out. I also wondered about an epoxy primer (probably one of the aerosol ones). The epoxy primer seems to bond to all surfaces very well including paintwork.

I wondered what experienced restorers on the forum use for priming small areas of bare metal which are surrounded by existing paintwork? Thanks for any advice you can offer.

I can offer up what I did to treat around the rear arch lip on my Mk3, infact the undersides too.
I used the Bilt Hamber black epoxy mastic, you buy it as a two part pack and mix it up as required (see their website for more info) After grinding away as much rust from the chassis/wheel arch areas I used their Hydrate 80 rust treatment/converter on the bare metal and pitted rust. Mine wasn’t that bad, no rot as to speak all surface stuff. Next I applied the black expoxy mastic as shown in the pictures including around the wheel arch lip, suitably masked off around the lip. As you can see around the lip I then applied a few coats of grey primer to cover the epoxy mastic, after that had cured I applied my final coats of true red finish followed by a lacquer to finish.
The rest of the epoxy mastic in the wheel arch and sill areas (2 coats for good measure) I applied a coat of black hammerite as this area isn’t obviously seen much and didn’t require a top finish coat as in body colour.
Around the wheel arch and as maybe in your engine bay area they aren’t as much in your face looking at areas but I did a pretty good job as you can’t notice much only close up at the re painted areas.
And just to add I probably wouldn’t have used the epoxy mastic had I not needed it for the chassis as it’s a rather expensive buy just for a few touch up spots

I didn’t take any pics with the epoxy mastic applied around the arch lip but believe me there are two coats of it under that grey primer. 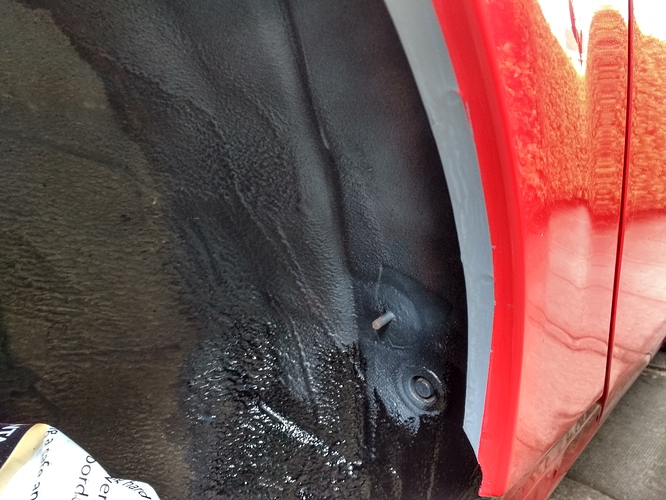 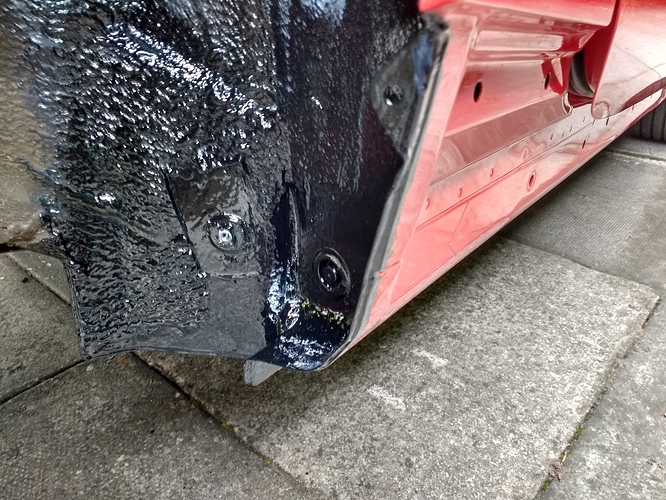 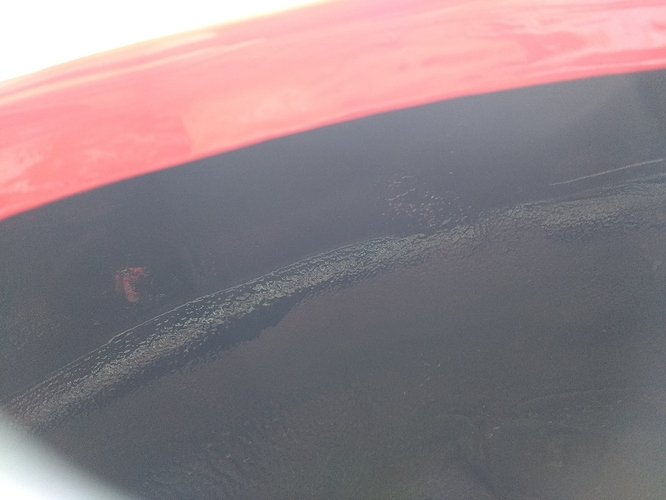 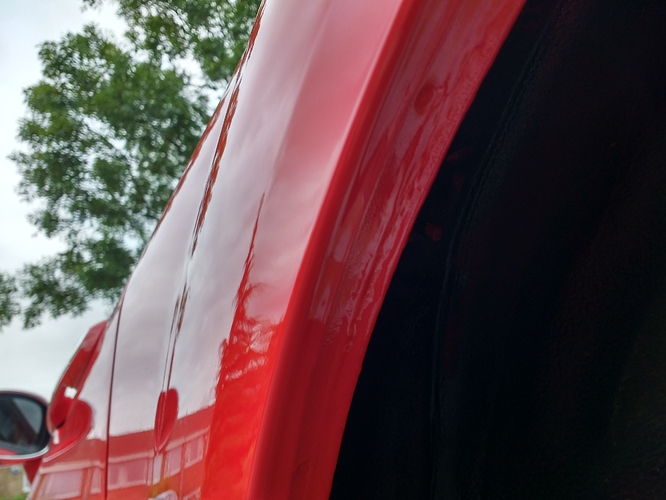 thank you @MickAP for your response. Under the wheel arches I used Dinitrol Rustconverter which says it acts as a primer - probably the same as the Hydrate 80 you used. I applied Dinitrol underseal over this. This seems to have worked well - time will tell.

What was the grey primer you refer to?

For the engine bay I tried an etch primer (before I was aware that this might lift existing paint). This seemed to work very well - but I will have to keep an eye on those areas in future.

Since posting above I have also tried Halford standard grey primer, since this says it adheres to existing paint work and bare metal. If the paintwork is sanded suitably before application it does seem to work okay - though not as well as the etch primer.

I have also bought some epoxy resin primer in a can from Frost. This has a limited lifespan once started, so I willl have to make sure all the areas requiring treatment are ready - but I am hoping it is better than the Halfords without the dangers of the etching.

I used Hycote grey primer just over the black epoxy mastic around the wheel arch lip. I figured the red top finish would go on to this and provide a better finish than straight on top of the black mastic.
I did as you have and straight over the chassis and inside the wheel arch treated areas with the mastic then as said a coat of black Hammerite.
TBH I also had some black paint which was cluttering up the garage, Valspar years old think I bought it to paint iron gates. I lathered that up under the wheel arch too