Car park fines, are they enforceable?

Help very much appreciated.
Fact, i parked on BP petrol station forecourt which i don’t deny, i presume this is private land and not local authority land, i have now received a notification from ‘euro car parks’ for a £100 fine!!!
I have been told by a fellow MX5er who was with me at the time to bin and ignore the letter.
So can ‘euro car parks’ enforce in law this fine or are they just chancing their arm.
Please advise if you can.
Dave.

Thanks for that Mick.
As i read it they can take you to a small claims court to recover the imposed fine, would i be right in thinking it would only be the fine and not legal extras.

Can they force you to pay?

Private parking companies can only make you pay by taking court action, usually through the small claims court.

Even then you will have the right to defend yourself and give an explanation why you have refused to pay, meaning there is no guarantee their claim against you will be upheld.

I would have a read (a wade through this lot below) give you an idea.

TBH if I thought it was dodgy I’d contest it, like did they have signs up saying you could be fined for parking there is one. 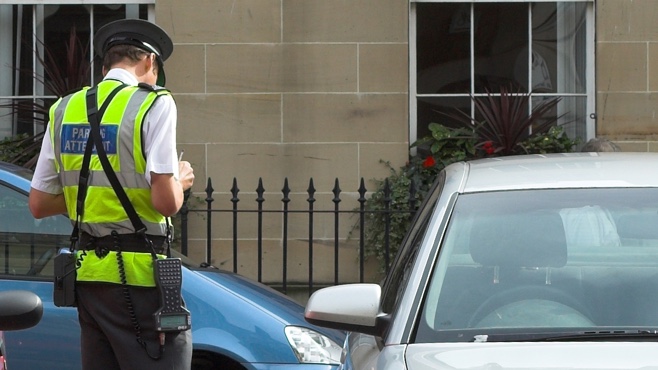 You shouldn't pay unfair 'fines' and many parking tickets issued in private car parks are invalid - see our step-by-step guide on how to check & what to do.

As it says, don’t pay it, it’s not a fine it’s an invoice, they can’t force you to pay, they can’t send the baliffs in, it’s a contractual dispute so it would necessitate them making a claim through the courts. As Mick says, contest it, check for signs etc., and if there are are they visible. Good luck.

I have received a few Euro Car Parks fines before as I have overstayed the maximum time allowed for the car parks, I travel for work and have to visit facilities that Euro Car Parks control the parking for. I usually get these tickets when a staff member at the desk does not register my reg as a visitor.

I have gotten out of all of these tickets by just appealing and explaining that I was working on site that day without any issue. I’m not advising you to lie on an appeal, it’s just worked for me without question, although, I am parking in a Transit van with company logos on it (different logos than the facilities I am parking at) and I imagine that does make the appeal seem credited.

When you park in a privately-owned car park, eg, a supermarket’s or hospital’s, you’re effectively entering into an unspoken contract between you and the landowner.

On the landowner’s part, they’re effectively allowing you to park on their land. On your part, by parking there you’re agreeing to meet the conditions they’ve stated (eg, paying £1 for an hour, or staying for under two hours).

If you pay to park and leave without issue, great – contract fulfilled. But if you park in a reserved place, overstay, don’t pay or leave your car outside an allocated parking area, the landowner can argue you’ve broken this contract, and issue you a parking ticket.

Under contract law in every part of the UK, private firms are allowed to do this. However, this doesn’t mean they can issue tickets willy-nilly. To enforce their case, they’d ultimately need to take you to court. Even then, don’t worry – it’s not a criminal problem, just a contract dispute.

I think i’m just going to ignore the letter for the time being having read the last paragraph of the above, and it’s not as though i didn’t spend in the petrol station.

As said above, check for signage. As its a garage for court I’m assuming there was not an option to pay to park.
How long was your car there for? If it was just for half an hour or so I can’t see a problem, but if you left it there all day they may have a case.

You can pay the invoice, or you can dispute it, but whatever you do, do NOT ignore it.

There are forums on Pepipoo and on MoneySavingExpert dedicated to helping people who have received Penalty Charge Notices, but you need to follow the correct procedures. Ignoring it may well result in a court case against you, which is a level of pain and hassle that you probably don’t want.

Personally I’d just pay it - to me it’s more hastle than it’s worth for £100 and if you don’t they’'ll most likely pass your details over to a debt collection company.

Details on ECP here, including links to various appeal forms.

How Do Euro Car Parks Operate?

They are a mixture of ANPR and Warden control areas… The ANPR Cameras calculate the leaving and arrival at the car park and then a a ticket is issued for an infringement.

Do they do court?

Yes they do occasionally.

I got a ticket when I left my car for an mot as garage used same car park as supermarket, I appealed but they threw it out so I spoke to the garage and they sorted it for me as they hadn’t put my registration on the parking eye system they said cameras are rarely on. Not sure how long you were there but I would talk to the manager as he maybe able to get it sorted for you as you purchased something from his garage.

I,m not an expert by any means but as Philip says don’t stick your head in the sand, having watched quite a few “can’t pay we’ll take it away” programs every so often they seem to visit someone who has not paid a parking fine, by the time debt collectors get involved the bill is a lot more than £100. These parking companies are like rotweillers they make their money from the fines so they will push all the way usually.

If you ignore the ticket, you run the risk of a CCJ being recorded which sticks for years even after the debt is paid…or not. You then have to apply to Experian etc etc to have it lifted.
If you have a clean credit track, it’s just not worth it.
Best to either pay it if you’ve been a bit of a chancer & move on, or appeal with a reasonable & checkable rationales. If you did it, you did it. If it’s not your fault, prove it.
SWMBO overstayed her welcome 4 years back in the Sport for around 30 minutes and got “invoiced” by member of the Euro mafioso. It’s a 30-car park servicing a large Vet practice, Pets at Home , a Costa, and summat else I can’t recall. Anyway, SWMBO has loyalty cards for them all, and had a recent invoice for our cats’ annual MOT. One of them had to be put to sleep…but we knew that was coming.
The reason for her lateness was a Q in the vets…not to mention the rather emotional subject matter.
I scanned all the cards, invoices, and whacked them off on an email telling them I’d visited all these businesses to tell them we’d not be back if the fine was pursued ( since Euro Mafia are “acting for them”) in any way…plus the telephone number of the Vet reception.
As I understand it, the Vet emailed them and ripped them a “new one”.
Never heard a dicky after that. As I said in the email…" Look forward to seeing you in small claims Court if you really think it’s worth your while…but in Scots Law only one witness is required. We have a room full, so crack on"

I received a ticket in a Staples car park for forgetting display my fathers blue badge when I took him shopping there. He vowed never to use them again (he was 90!). God, I was so pleased when they went bust!

Dave. In the end it comes down to how you HONESTLY feel about it. As Rob (Scottishfiver) says, If you KNOW that you took a chancer and got caught out, then pay it, forget it and move on. If on the other hand you have a really GOOD/HONEST reason not to pay it, then follow the procedures set out it the links provided. Whatever you do, do something, do not ignore it. Best regards. Roger.

First off, can i thank everybody who replied to my dilemma i very much appreciate all the help and advice you all gave me…THANKYOU!
Secondly, i have just paid the ‘fine’ over the phone as i just don’t need the hassle of some two bit jumped up thieving bastar* parking wombles sending threatening letters to me every 5 minuets.
Thirdly, EUROCARPARKS you are a set of tw*ts and you need to get a life i.e. get a proper job instead of ‘raping’ the honest law abiding public who work hard for their daiy bread!
Signed a hissed off honest citizen.
Dave.

Well done, now forget all about it and just get on enjoying your mx-5, the next drive will help you leave it all in the past.

We got one for over staying in a Matalan car park by 5 minutes.Every letter they sent us we responded that we did over stay and we where willing to pay the going rate of surrounding car park prices hourly rate. So we offered them £10 for one hour which we put in the letter that any judge in the land would think was an acceptable offer, they rejected the offer this went on for about two years.Then nothing they backed down

Exactly.
Confucius said:
Life’s rear view mirror is only for checking Audis & BMS up yer bum.
At least…a mate down the pub said he did.

ParkingEye Ltd v Beavis made changes in the enforceability of such ‘fines’ (actaully fees). Previously , one could argue that charges were a penalty and thus irrecoverable - it is not widely known that a penalty(ie a fee out of all proportion with the loss actually incurred ) is not enforceable by the court .

But this case effectively legitimised the practice of levying high fees for parking on private land without consent , or overstaying . There are exceptions , and the case is worth reading .

But , as said , it is not a criminal matter ,it is not a fine but a fee, or debt , and as such recoverable only by civil action . Irritatingly , as I have found from my own experience , these rapacious bastards (or car park operators , as some call them ) also witter on misleadingly about 'appeals '. They are nothing of the sort - an appeal relates to the judgment or decision of a court or tribunal - not Jayden sending out a proforma letter demanding money from you for staying a little too long in a deserted car park