Got the dreaded clear coat flake. A bit disappointed really. It’s the only car I’ve actually waxed a couple of times a year, and for about 7 out of the 10 years I’ve owned it, it has been garaged from Oct to Mar. Can’t afford a respray. Is there anything I can DIY? Engine, running gear and handling are all fine. But now it looks a complete wreck. 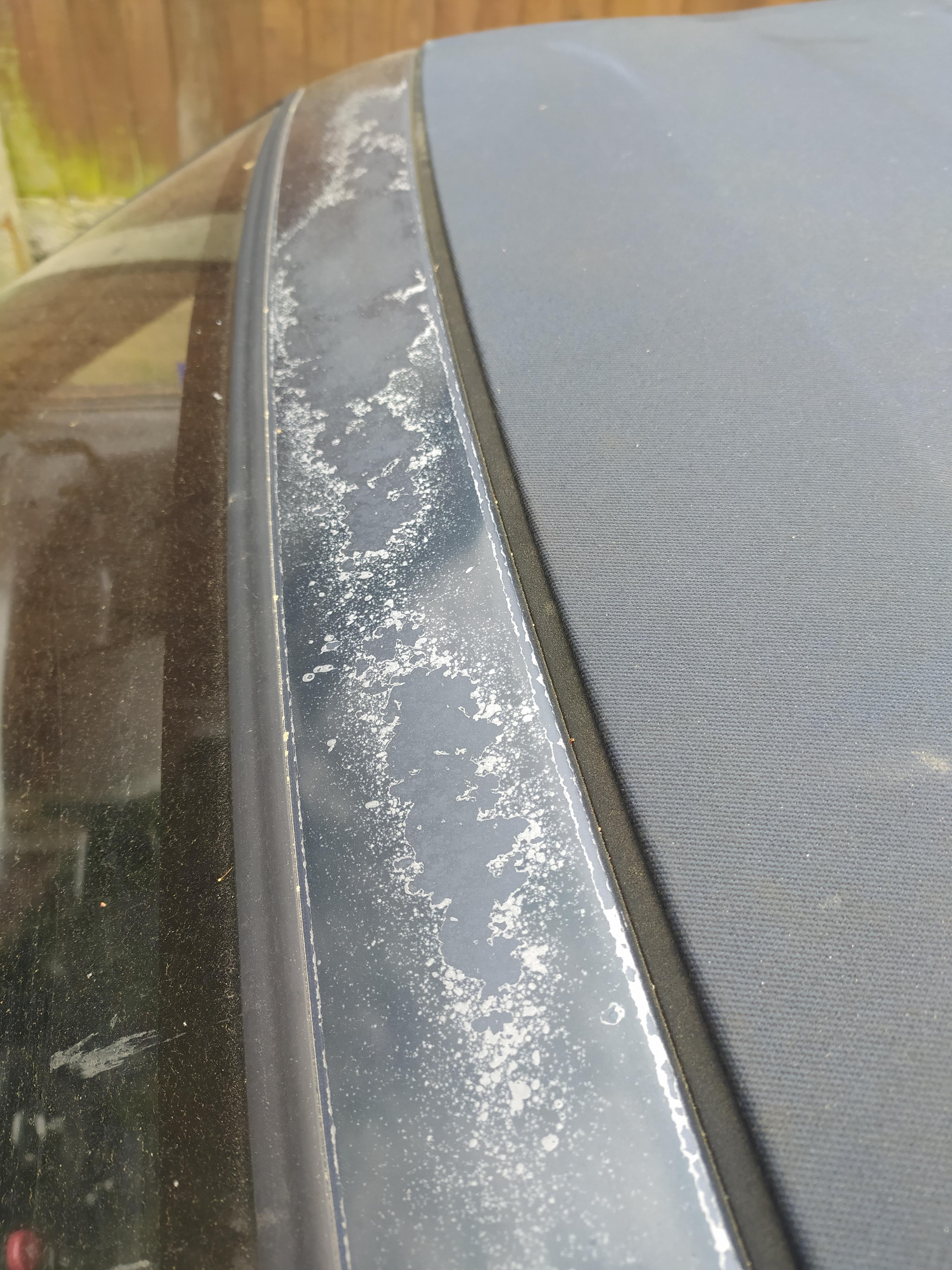 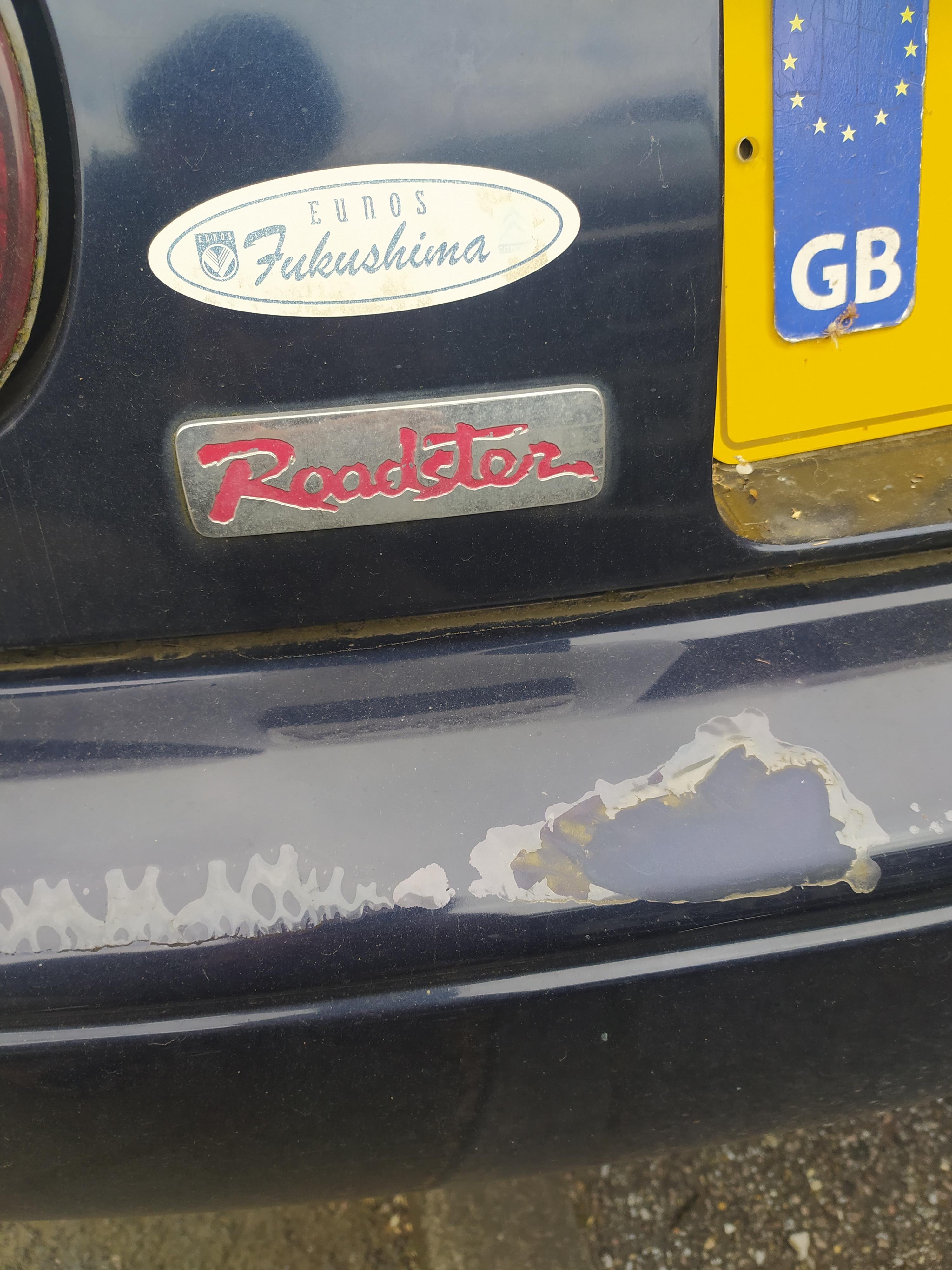 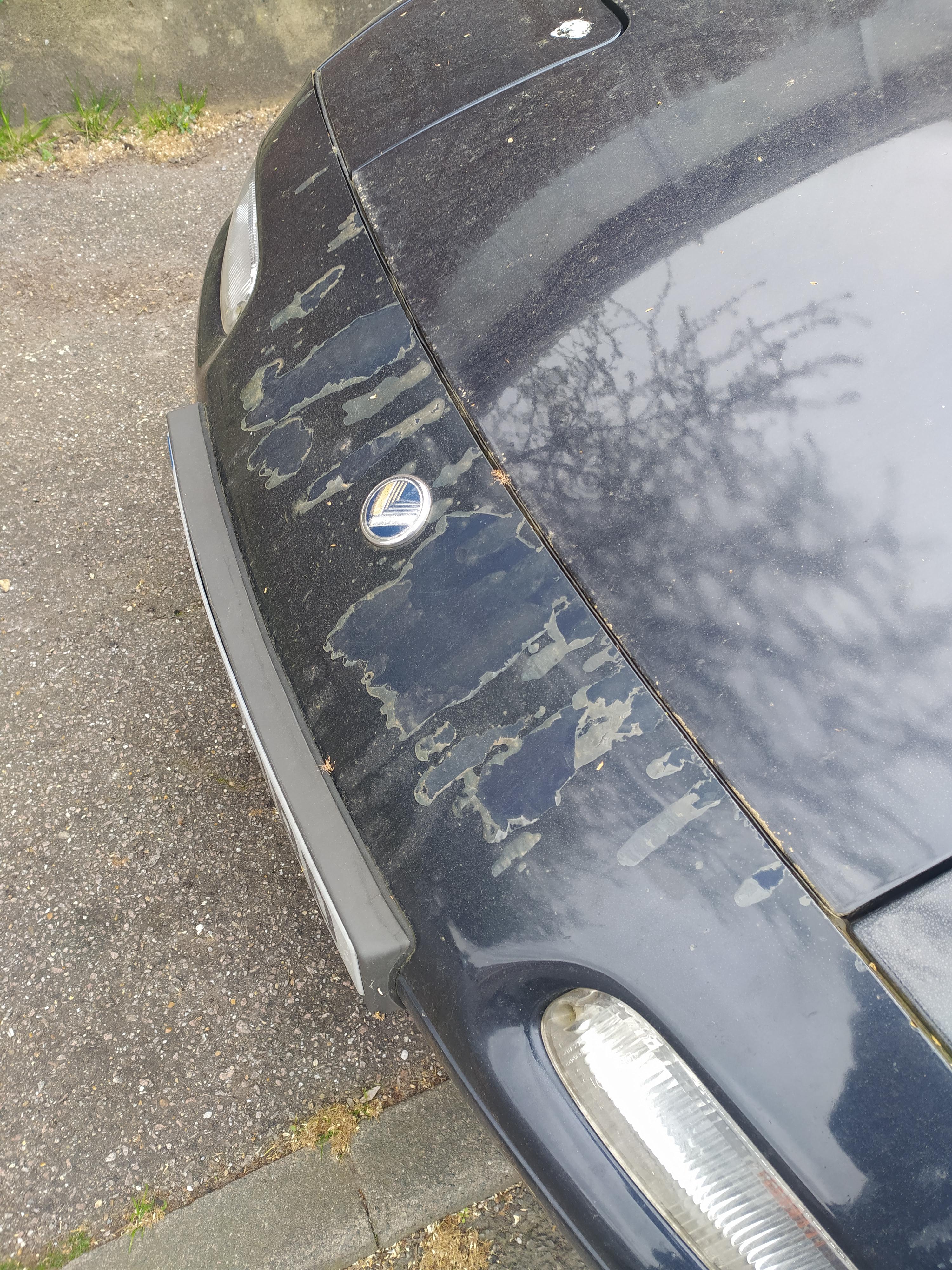 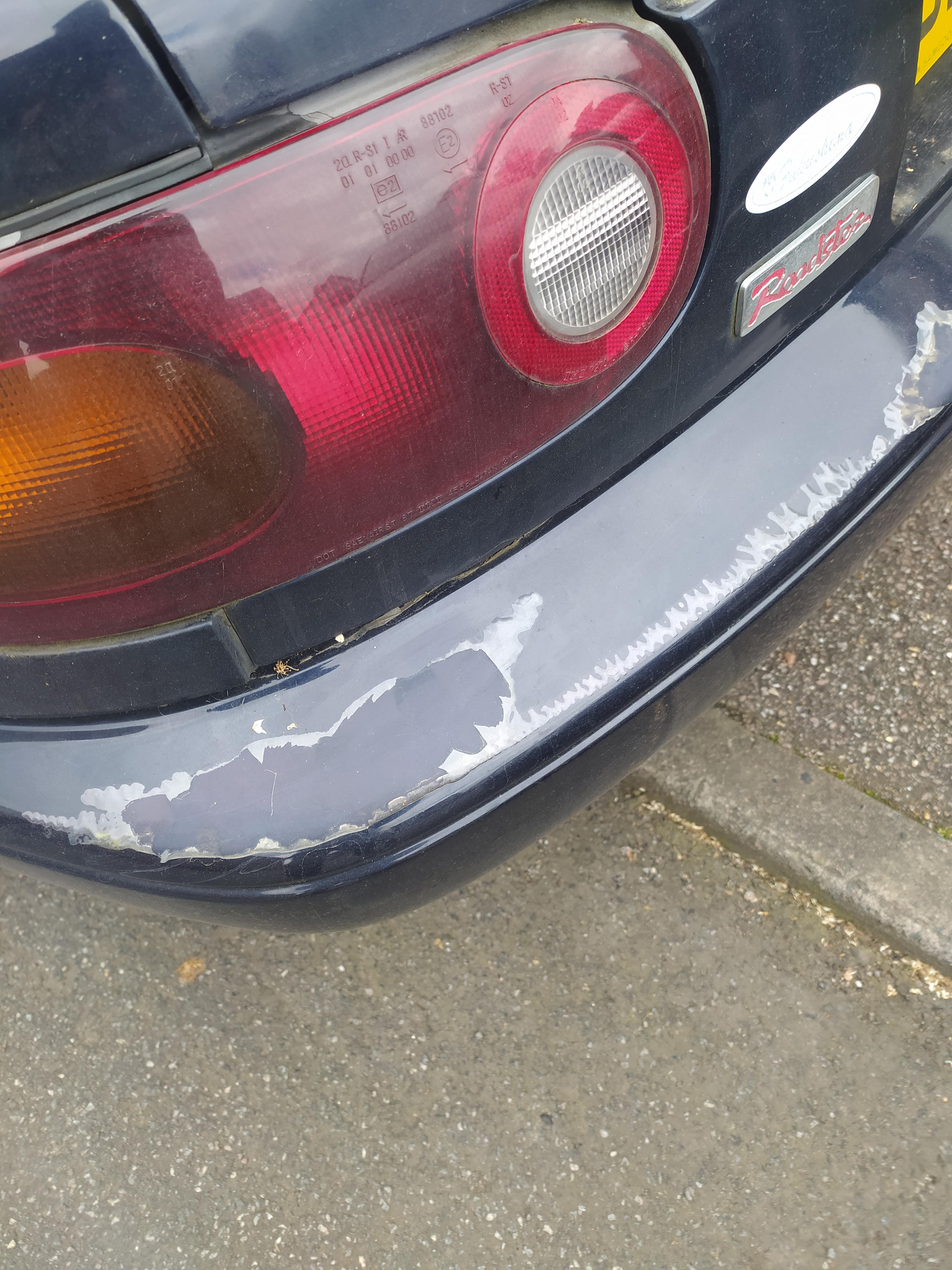 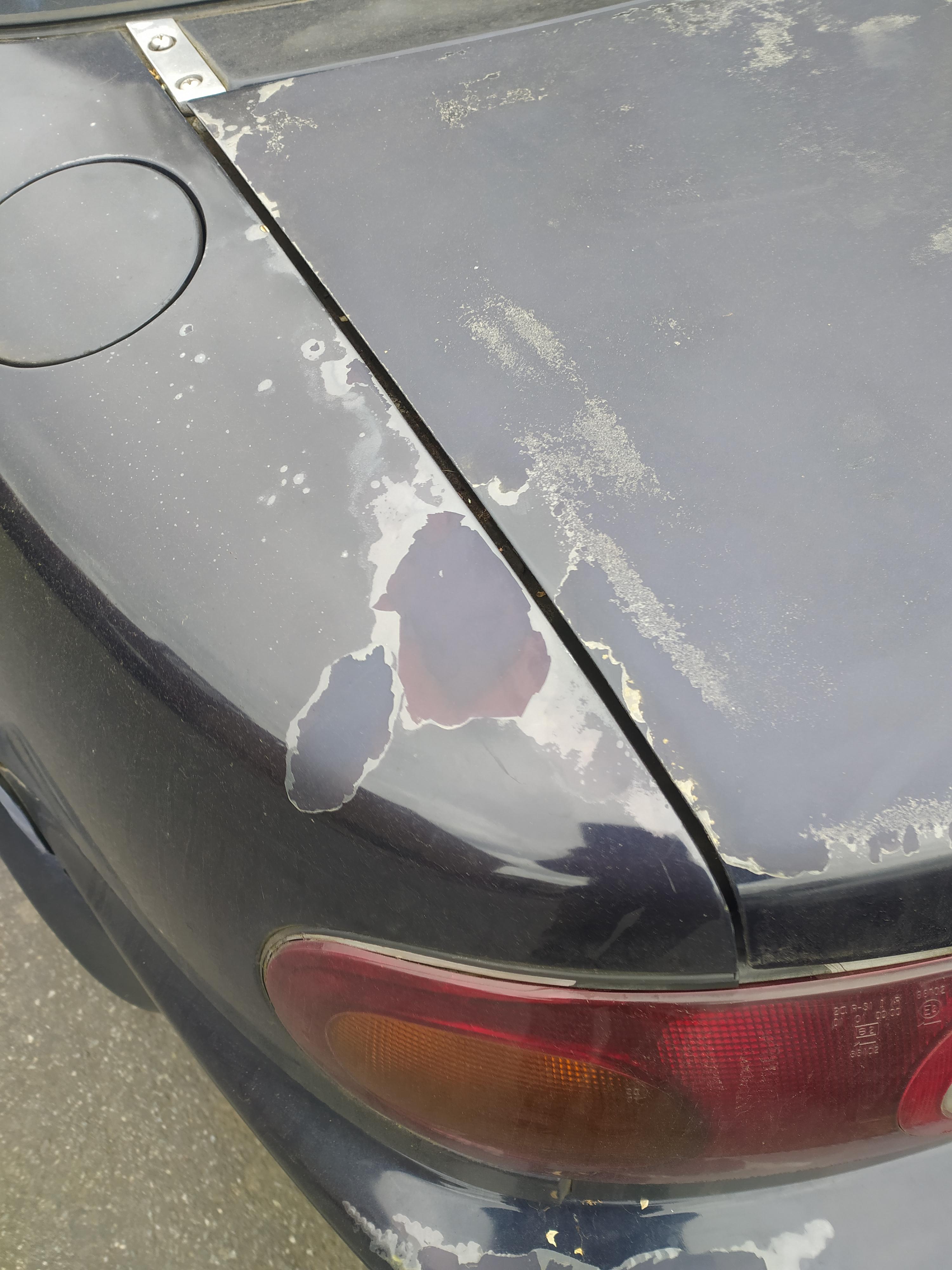 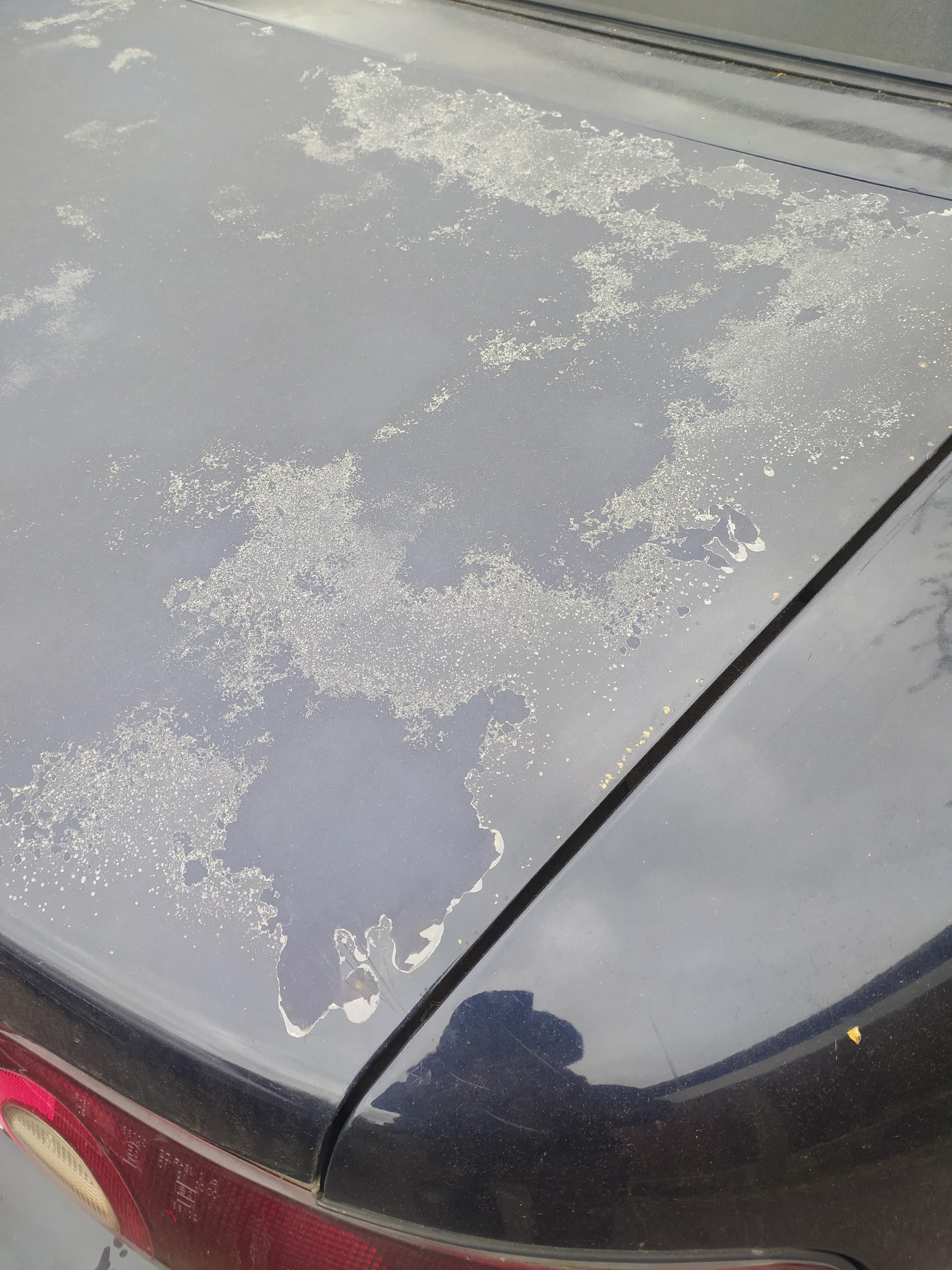 Credit to you for owning for ten years, it doesn’t owe you a thing but if all else is good then invest in a good respray and I don’t think you’ll lose out, in fact I reckon you’d increase the value.

It rather looks like your best bet is to get the car professionally sorted.
You can improve the look as a diy project but it will be a LOT of work.
You will need to sand back all of the clear coat without going through the colour coat. Far easier said than done.
Then you can use spray cans to re-apply the clear coat but the finish will not be as good as a professional result.
All in all the best route would be to try to save enough to get it done properly.
Hope you get it sorted.

I agree with both of the above and if the base coat is good, a pro topcoat will be transforming.
Good luck.

The problem is that I can’t afford a couple of grand to get it done properly. I’m wondering if there is some way to remove the clear coat without disturbing the base, and then attempt something with rattle cans. I really need some hands on advise from someone in the Watford area.

I wouldn’t fancy taking that on. The odd flakey bit maybe but you are looking at having to carefully flat the full car here. You will be crying like a child lost in the woods alone at night!!

Even if you do that & put new paint on top of a layer that isn’t sticking properly then you could well be back where you started again. I would seek the advice of a professional paint shop.

It’s quite the conundrum. Short answer, there are no easy fixes for this.
What are your thoughts on vinyl graphics?
A quick and easy, relatively low cost solution could be a design using coloured vinyl graphics. Motorsports/ motorsport sponsor inspired perhaps? Or drift racer/ Need for speed style? You could let your imagination run wild. The vinyl would be used to cover the unsightly peeling lacquer and although the rough edge is likely to be visible the colours in any design would tend to distract the eye, lessening the poor effect.
That should also help to slow down thw peeling effect to some extent.
It would be cheaper than a full wrap and might let you enjoy your car while you save some pennies for a proper professional job to put it right eventually.
Just an idea…

Interesting idea with vinyl, but I prefer the clean look. (not so clean at the moment). At this stage, bathroom acrylic applied with a roller would probably be a slight improvement. Since the car came from Fukushima, one could be forgiven for thinking the flaking was something to do with radiation, but in this case it was imported in 2005 well before the tsunami.

Difficult one this as there is such a lot. As Arferdaly says a full respray provided it is sound underneath is the best action but maybe not achievable.
I am brave with a rattle can but this is a big job, it needs rubbing down, primer, base cost and clear coat to so many panels and the cost of cans is not cheap.
Why not have a go at one panel first, see how it goes, maybe the rear bumper as it is quite easy to remove. Give it a good flat down with wet and dry. Couple of coats of grey primer, flat down with 2000 grade wet and dry and plenty of water. Couple of layers of bass coat then top coat.
I would budget on about one can of base and clear coat per panel but always have a spare, nothing worse than nearly enough.
I would not try and just do the top coat, the base is already compromised.
For top coat use a two pack can with the activator button underneath. Far better than air dry.
You will get about an hours use after activation so enough time for two coats.
Let it harden overnight, flat again with very fine wet and dry if necessary, (2500 grade), then polish with liquid brasso or T cut if you prefer.
Take your time and the finish depends on the work you put in.
Finally the cans spray better when warm. Keep them in the house. Maybe stand them in warm water.
Good luck and let us know how you get on. You have nothing to lose so have a go it is actually very rewarding.

If DIYing an entire car, consider hiring or buying a compressor

Thanks for the instructions Binty and Saz. I would be interested to know where I can get a decent respray for £1k. That could be an option. I was under the impression that £2k-£3k was the going rate. Watford is practically London. Maybe it’s cheaper out in the sticks.

Definitely cheaper elsewhere. Have a look on Facebook market place, loads of cheap sprayers on there. Probably not the best but will tidy it up.
Alternatively I saw this, no idea what it is like and may require you to flat the cat first to keep cost down as an alternative.
https://www.facebook.com/marketplace/item/790452951885863/

Thanks. Will check it out.

Youtube is probably your friend for remedies for lacquer peel.
The issue of the DIY option is without the right tools it will become a very long process without the desired results, you spend 20 hours (probably more) doing it, spending money on sand paper, spray, lacquer, compound, polish etc and then you end up taking it to a pro to do and realise you should have went pro to begin with and saved yourself the hassle.

The boot is nice and flat. I’d be tempted to use that as a testing ground for a DIY job, spend a few quid on parts and see what you can do, even if its just you taping off a section and working it it.

I’d imagine in London the bumper alone would be £400.
I would guess about £2k to repair it all professionally from what we can see in the pictures.

Over the years, I had 3 cars cheaply painted. A red one cost me £800. Looked fine. That was through Autolink, who put me in touch with a sprayer working at the local Vauxhall garage. Sold the car after a couple of years, so didn’t see how long it would have lasted.

Second onewas £1100, but that included painting a GRP front. Used MNS in Nuneaton. Still have that car, and many years on, the paint is still ok, though since then, I’ve had repairs, and as its a Montego Blue, is looking a bit piebald. 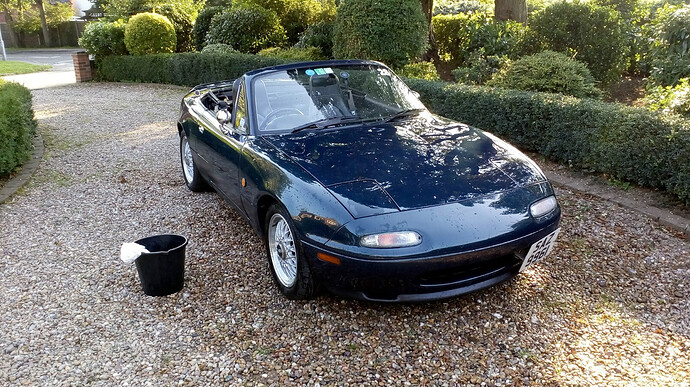 Third car was a S-Limited, also used MNS. £1200, as he had some repairs to do on the rear quarter, plus had to remove a lot of hail damage 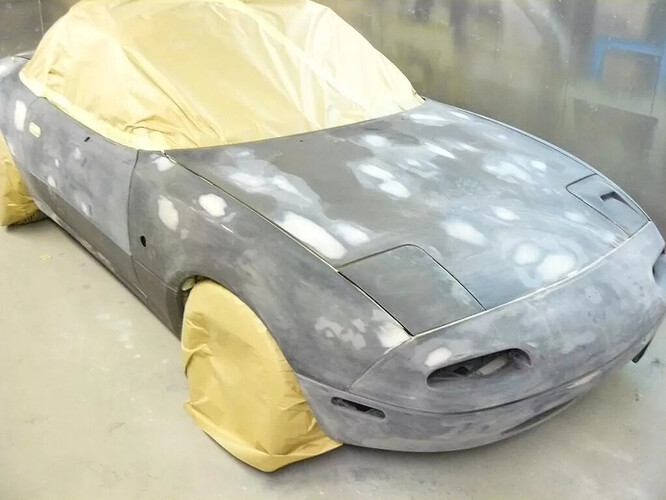 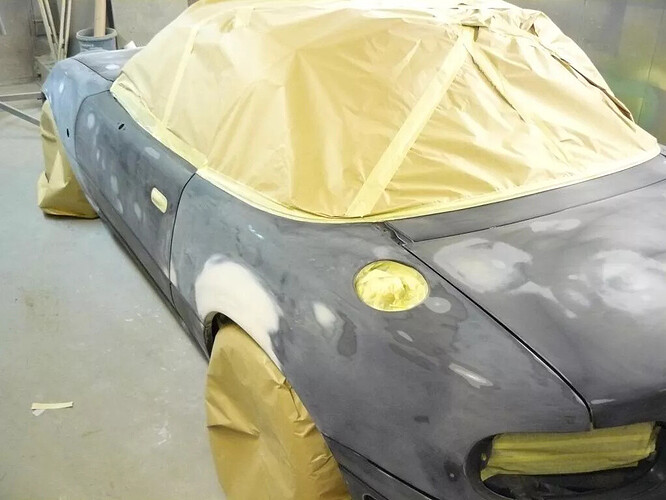 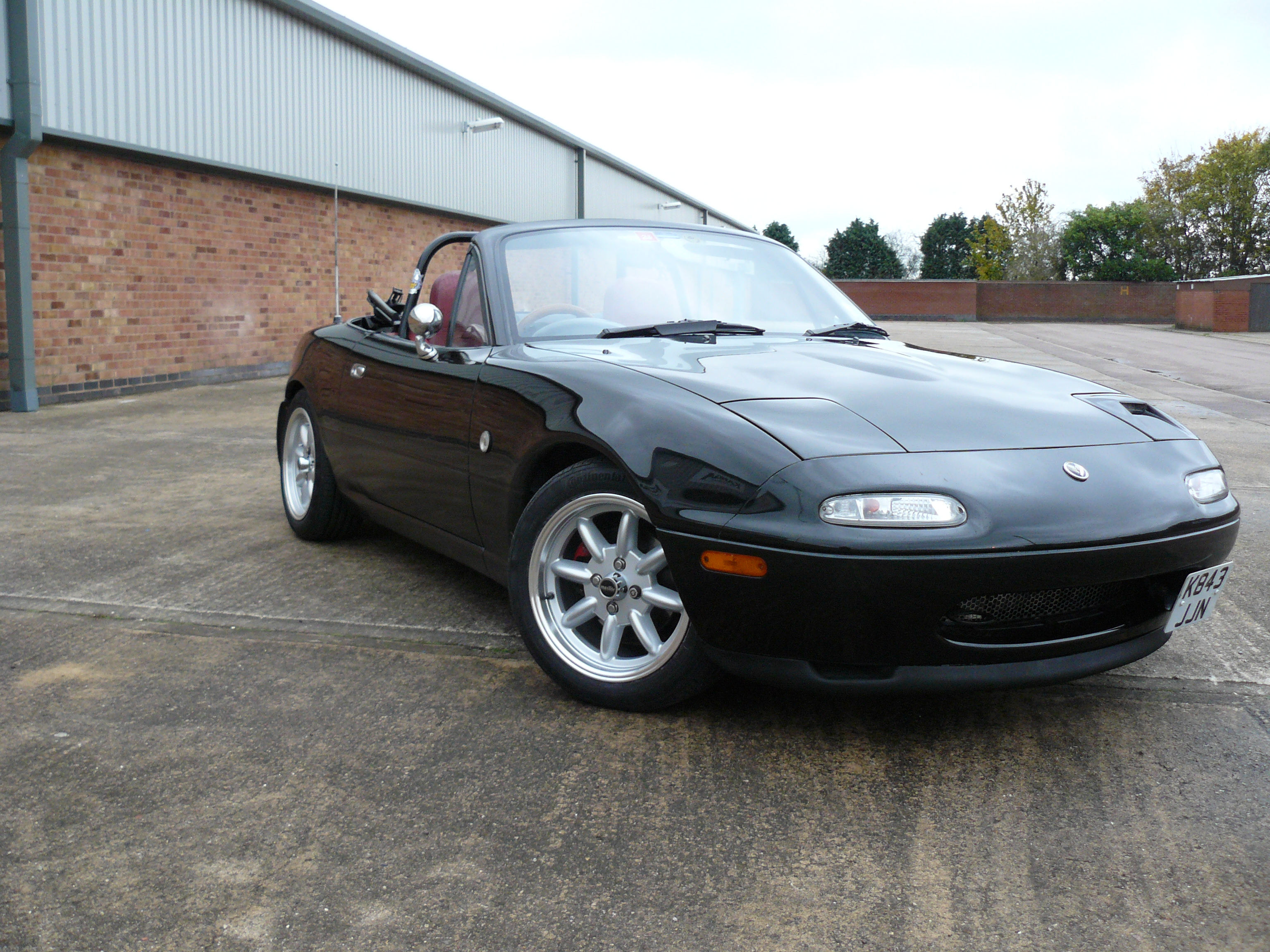 For a cheap repaint, you won’t get bare metal, doors off, glass out job. Where it will be telltale is around the glass rubbers; over the years, the paint will shrink away from the rubbers. As an owner, there is a little bit you can do in the prep, not so much to save the sprayer time, but enure that you get the best paint job done possible. Take off the bumper reflectors, headlight shrouds, radio aerial, accessory grills. At least then you won’t get overspray on those. With a NA, I would want to be 100% certain that the sills and arches are good before starting; no bubbling rust, no bulges on the wheel arch lips. Otherwise in 6 months, you’ll be painting again.

EverythingMX5 in Romford for years did a £850 MX5 respray.
http://www.everythingmx5.com/

Don’t know if they are still in business. I think those that got it done were pleased. It won’t be concours, but it will be nice enough, especially if you are just sticking to the original paint code, and set your expectations.

Everytime I got one of these paintjobs back, I felt pleased, felt like I was getting a new car.