A friend of mine was over with a Brompton recently and so we took the opportunity to see if it could be fitted into the boot of my NA. Not only did it do so - just - with a bit of manoeuvering there was also space for the spare wheel. Some photos for anyone who’s interested: 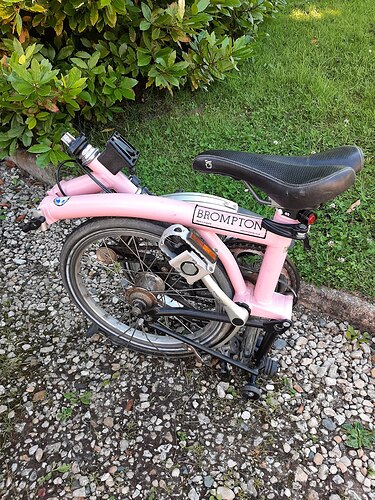 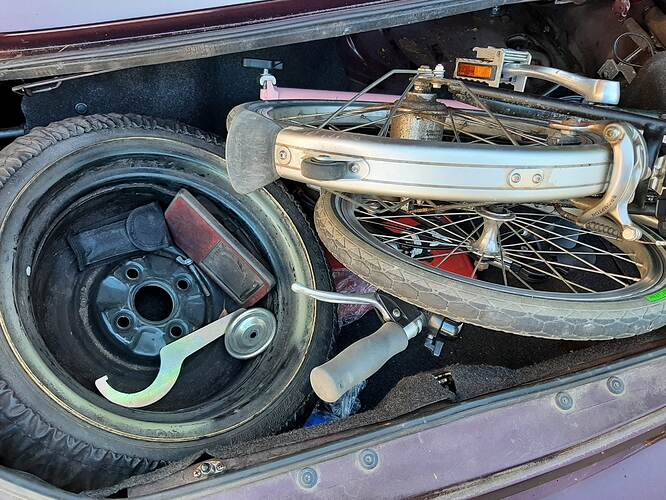 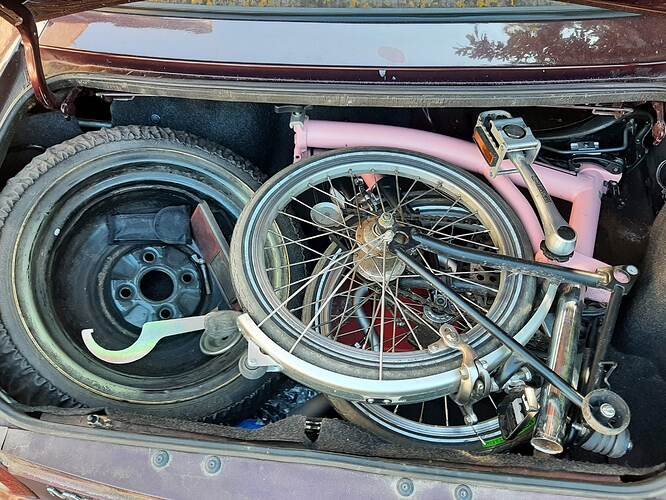 I’d like a folding bike but a Brompton is a bit beyond my price range. Has anyone else succeeding in getting a folding bike into a mk.1? If so, which make and model?

Useful to know as I have a Brompton and a mk1. I don’t think there any bikes that fold smaller than a Brompton. I agree that are expensive but they are good quality. There are plenty of second hand ones around. It is worth trying one out before you buy it as they do ride differently to a larger bike. You can hire them from some rail stations.

Update! Thanks to the kindness of a family member, I’m now the owner of a secondhand Brompton M6R. Problem is, it’s ever-so-slightly bigger than the model tested above. As such, while I can just about get it in, it comes with the following issues:

The difficulty stems from the rear rack: not only does it increase the width (which translates to reduced headroom), it increases the depth too. The rearmost wheels on the back of it press against the back of the boot. (I’ll try and add a photo at some point.)

Has anyone else had similar issues?

An extra inch of space would make a big difference. This may sound crazy, but might boot modification be an option? Could a bit of extra space be hollowed / hammered out, realistically - or the protruding lower part of the lock be removed?

I could, of course, strip the rack from the bike, but it’s likely to be useful so I’d rather not, if at all possible.

Leave the spare tyre home? Why have it in, if you cant put anything else in the boot if the bike is in there.

Sorry, I wasn’t clear: the issue isn’t with the spare tyre. Even without the spare tyre, the problems remain regarding squeezing the bike in.

If the bike is too wide & you don’t want to modify it (take the rack out) and the one you had borrowed from your friend fits:
Forget about modifying the boot, costs plus what will you modify, I think the fuel tank is underneath that so not sure there is any mileage on that idea.
Swapsies with your mate?
Sell the bike and buy another that would fit?
Different rack?

maybe a picture would give us idea what the problem is.