Today, I finally received (from America!) the crucial components for the 1-32 Mk9 Tamiya Silver Spitfire (a Mk9 and just Girty to her friends). It’s tribute to both those involved in her epic global flight, and to my Grandfather who triggered my admiration of the warbird.

He took me to the Glasgow Art Galleries as a boy, and there was the mighty Merlin, fully dressed, on display. I’d never seen an engine so big. Suffice to say I’ve been a Hurricane & Spitfire fan since. I have the model, and am gathering all the tools, paints, and “stuff” to try…at least try…and put together a decent tribute to Gi-rty. There is a raft of detail differences to Gi-rty eg Brownings deletion, but the gun bubbles still exist, but I’ve amassed dozens of photos form her trips, including service schedules, to get the engine details as near as possible.
The deal breaker was the quality of the decals from America, and they do not disappoint. Given their price, I’d hoped not. 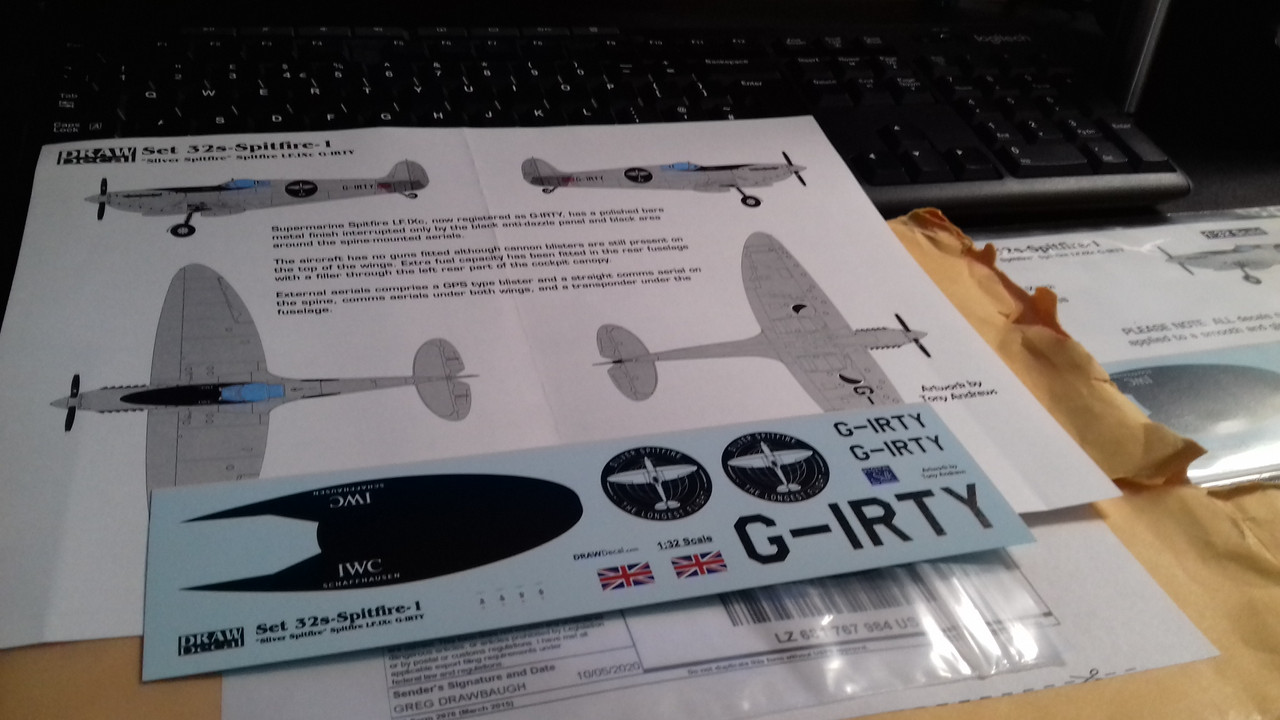 It will be a test of patience, of which I possess little, and although I’m ok with 00 model railway stuff, I’ve never touched an aircraft so we will see how it goes over the dark Co-vid winter evenings which by all accounts are going to be “a bit different”.

I do have an actual bit…(about 5 grams!) of pre-modded Gi-rty, smelted from an original war era inner wing spar. 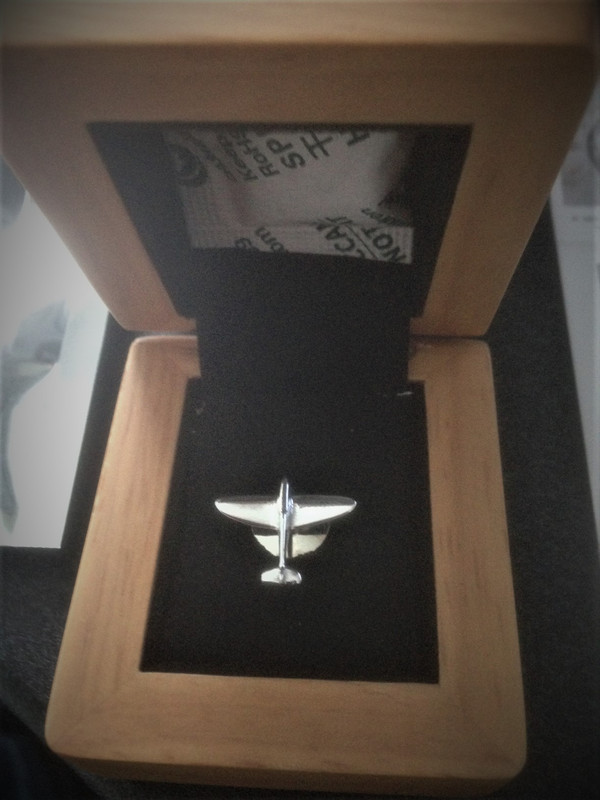 That’s very interesting, I didn’t know about the aircraft and what it is doing, so I’m on their website catching up on it. Considering it flies out of Boultbee Aviation at Goodwood and we go there every year for the Revival, I should have known about it. Good luck with the build and don’t do what I did as a kid and get glue all over the cockpit as the pilot won’t be able to see where he’s going.

G-irty is kept in “Go Status” it seems, following a chat with the chaps at Boultbee who helped out with a couple of photos. In fact the boogers had great sport in teasing me as they were looking right at her while we were chatting.
Seems they take her up now and then just to keep things circulating.
Bit like our 5s I guess.

I am of the view neither she, nor her keepers, got anywhere near the UK media coverage or recognition deserved of her epic flight. She was an absolute hero everywhere she landed around the world though.

Impressive looking decals. Is it just me that finds it difficult referring to them as decals rather than transfers? My Dad had the same problem when referring to fertiliser.

That pin badge looks very impressive as does the presentation box.

Pin badge was £75.00 or summat, worth every penny to me.
That tiny wee bit of metal saw action to the death rattle of conflict-engaged Brownings.

I followed the flight of the Silver Spitfire on their website, and some of the photographs and footage was fabulous. You are right - there was no where near enough media coverage or recognition of the achievement in my view.
I too have a life long interest in Spitfires - and my aim in life before springing off my mortal coil was always to fly in one. That dream came true four years ago with the most amazing flight in the two seater - SM520 - G-ILDA - that Boultbee own. I flew out of Goodwood and over the coast - doing wing-overs, a barrel roll and a victory roll along the way - it was truly the most amazing and emotional experience. Utterly wonderful and it will stay with me for the rest of my life.

You’re dead right there, I didn’t know anything about it (or I don’t remember). I bet they got through lots of tins of Brasso though. I usually like to watch or read anything to do with the RAF as that’s how my mum and dad met during the war.

Looking forward to a “build” series . . . . especially the special paint you’ve acquired to give the silvered chrome finish.

That’s the scary bit Jeff.
I’m afraid…an unbuilt Tamiya Eunos Mk1 is going to have to offer up it’s body like an Aztec sacrifice to The Great Sun Gods of the Airbrush.

So,
Your Dad got her in his cross sights, had a good squint, aimed, pressed the fire button muttering Attackattackattack… and her heart spun out too late to pull the RipCord of “escape” 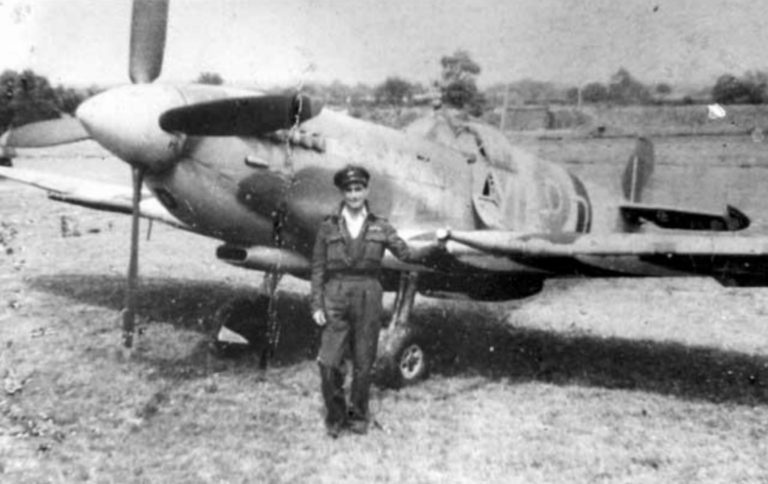 Busy lady in her day.

MJ271 moved to 132 Bombay Squadron and followed the Squadron to RAF Ford in Sussex in April/May 1944.
She saw action in 28 operational sorties which included close escort for B-25 and B-26 bombers as well as dive bombing of targets on the French coast, before having a ‘wheels-up’ landing at RAF Ford during the night of May 9th 1944.
On June 21st 1945 MJ271 is delivered to 29 Maintenance Unit at High Ercall before passing on to the Royal Netherlands Air Force (RNAF) on November 25th the following year with the designation H-8, later becoming 3W-8, the designation she would wear for some 70+ years before rolling into a hangar at Duxford to begin the restoration which is transforming her into airworthy condition once again, ready to begin her next adventure as the Silver Spitfire.

Something like that, although I don’t think he would have been so poetic. 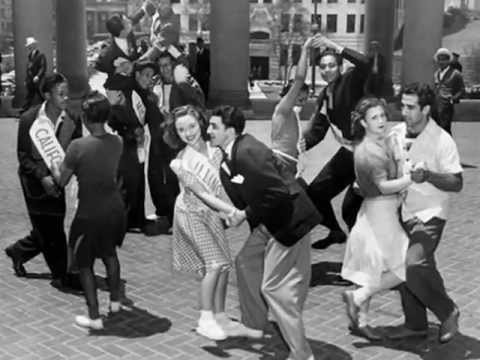 Better than the one I flew in recently; found in a rubbish dump in Israel (well the front half was). Reconstructed from the cockpit firewall back.

The flight I had in SM520 - G-ILDA - from Goodwood, really was the most amazing experience - looking out over that iconic wing, and being in the most evocative of all warbirds was truly fantastic and very emotional.
A Spitfire has just flown over our home this afternoon, and that unmistakeable sound always sends shivers down the spine. 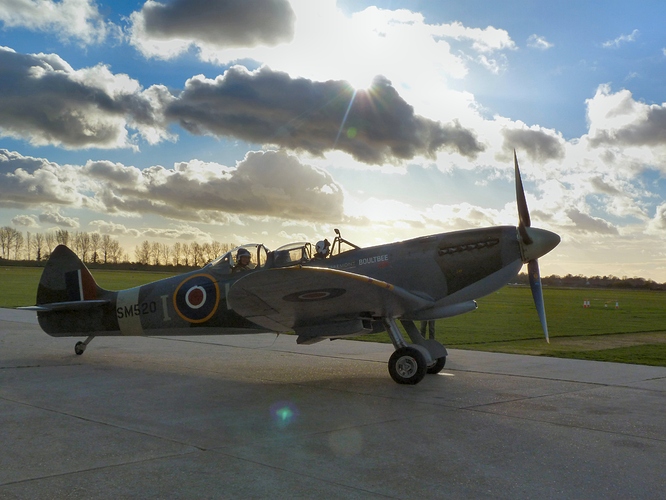 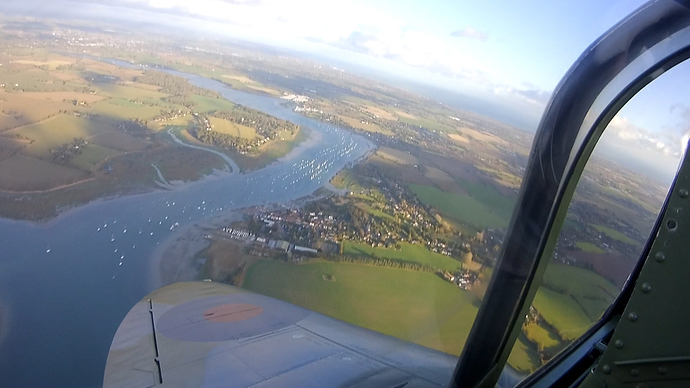 Strange how a mere lump of machinery can reduce grown men to quivering loons.
I guess it’s a combination of history & the love of engineering excellence.
Makes you think…what the outcomes would have been without the Merlin in all it’s applications.
I’d rather not contemplate. Probably the most pivotal mill…ever.

Anybody remember this Merlin engined road car from the 70s? 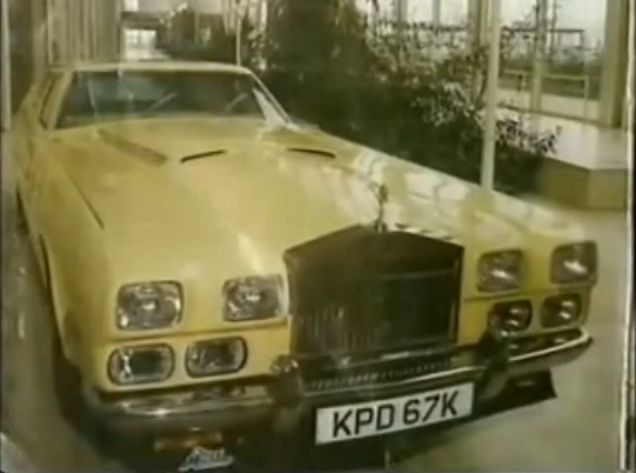 John Dodd and the Merlin-engined monstrosity that infuriated Rolls-Royce

Wearing hand-made glassfibre bodywork with a backwards-mounted 27-litre Merlin V12 (minus superchargers) driving the rear wheels through a step-up gearbox, the Merlincar is possibly one of the most curious cars you’ll ever see – and for its owner...

Think it was really a Meteor British Army tank version of the V12 from memory.
Ended up in Spain or summat. Some body work was former Ford Mustang…again from memory.
Thankfully.