Hi
new member
Bare with me not the biggest forum user
Thinking about a MK2
I’m interested in the 1.8 version what are the pro’s & cons between 5 & 6 speed gearboxes

I have a 99 classic mk2 it has a 5 speed box the gear ratio is good and very useable. Not had any experience with 6 speed versions. 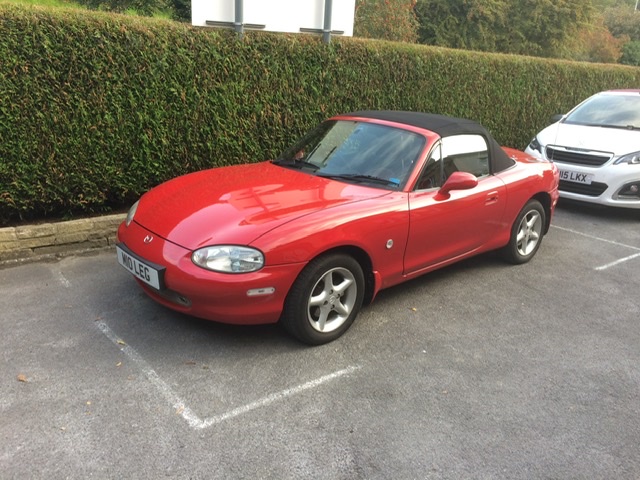 I have a 6-speed mk 2 and my boyfriend had a 5-speed mk2. His gearbox was much nicer, less notchy (especially the lower gears when cold), but I do like having 6 for motorway use.

I occasionally drive my wifes Kia which has only 5 gears.
I also very often try to select reverse gear when travelling at 60mph.
If nothing else, having 6 gears is good in the respect that 6 is where you’d expect it to be.

I’ve had both 5 and 6 speed MX-5’s.
I’ll give you my honest opinion on how I found them
Mk1 5 speed was a dream to drive, the gearbox was nice and smooth to shift all gears, a little stiff when cold but it soon warmed up and felt good.
Mk2 (import) 6 speed, gears very notchy from 1st to 2nd until warmed up, still notchy after but much improved. It helped changing the oil which I’ve done with all cars gear oil and sorting out the upper and lower shifter gaiters, it doesn’t help if they are worn. When driving the MK2 I found I had too many gears, in other words that 6th wasn’t really necessary unless cruising on the m/way
On to the current Mk3, again 6 speed, notchy again from 1st to 2nd until warm, and again better when the oil was changed out. Gear shift gaiters not really a problem on the Mk3, well on mine anyway.
You’ll find many posts about the notchy 6 speeds, it’s how some are. 5 speeds I don’t think I’ve read any TBH of those being troublesome. Don’t get me wrong they are still a good drive the 6 speed and you get used to the way they shift (adapt) but for me too many gears. If I could have bought a 5 speed sport I would have gone for that again maybe the 6 speed ok for cruising and just a little better economy

thanks all to your replies
it’ll be a second car for fun purposes
I have a 6 speed Bahn Stormer & yes it’s fast, pleasure on long trips & economically but in my mind not fun on the roads I like to drive

Planet_Claire, is your boyfriend tall and left-handed??

I think your problem may be at least partially due to clutch drag.

It seems to be commonplace for these cars to have the clutch bite-point somewhere in the region of the carpet. The clutch pedal is adjustable but it helps enormously if you are left-handed and your arms are long.

If you fit that description, all the better.

I don’t I’m afraid. I was able to do it but it was quite a struggle. The improvement is huge though.

I don’t know about earlier cars, but certainly the 2.5 sport 6 speed works fine. I have driven ones where gear were notchy when cold and I have driven ones which were so ridiculously silky I felt I could all but flick the lever between gears and I mean flick, not the motoring journalist description. The point is however that the 6 speed comes with a taller diff ratio and so does allow less revs for the same speed. 5th and 6th ratio are generally the same as 4th and 5th in the 5 speed box, the diff is the difference. However, the car will happily drive at 30mph in 6th, it is really quite tractable. From my experience of sitting alongside a great number of MX-5 drivers this willingness to drive at 120 or 30 in the same gear often gives the impression the car is not as capable as the 5speed as driver frequently do not use the gears and rev range to their advantage (it’s not just an MX-5 thing) and might change from 6th to 4th to overtake, when they need to be in 3rd or even second.

Don’t be silly, it is totally usable everywhere.