Hi I’m a new member I’ve got mx5 mk1 black pearl g200 rkm registration. One of the 20 what was used for track race testing. It’s still alive and on the road 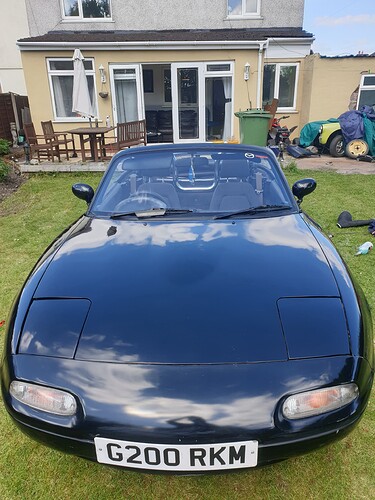 Welcome aboard David. Good to see your girl in such great condition

Interesting that car has surfaced again look at this old thread

Track Race tesitng? You mean one of the MX5 Cup cars that was returned to road use? I see the interior is from a later car, but any sign of its prior life, such as on the floor boards, where the rollcage would have been fitted. Interested what colour that car was origiunally, as it’s unlikely to have left the factory in black. Genuine question only for D. Mullard given it’s his property.
Do these rare examples hold any value over and above early examples, especially if not in the original livery?
I guess one usual aspect could be " depends how a buyer sees it".

I know. The log book might say black, but the car will be a colour change. It was part of the first batch of official UK spec cars to be shipped over, after that Eunos Roadster MCL brought over in Jan 1990.

I hadn’t realised before that these MX5 UK Cup cars, except for carpet and drivers seat, ran with full road trim, including a passenger seat. 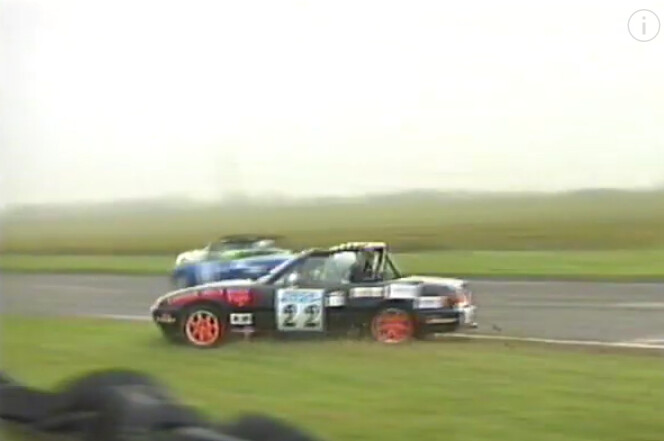 I think a it’s fascinating and fantastic that a car that started life as a racer 33 years ago lives on. Bravo!

My uncle has a H plate from new! I see yours is a G plate! Was yours imported for the UK market?

I have driven rental cars in Japan and noted that the wiper and lights stalks were reversed, 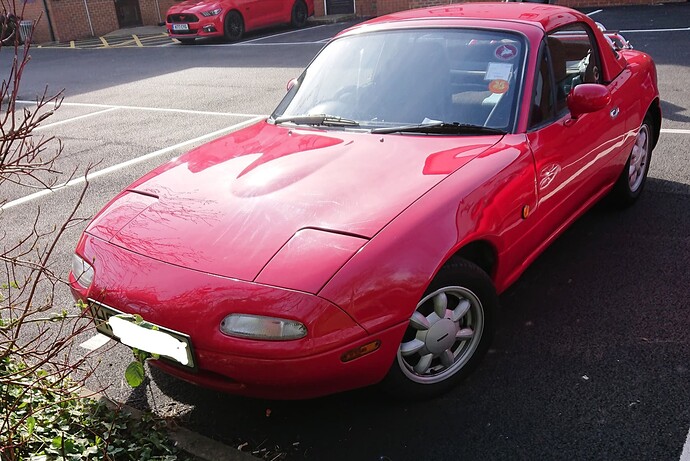 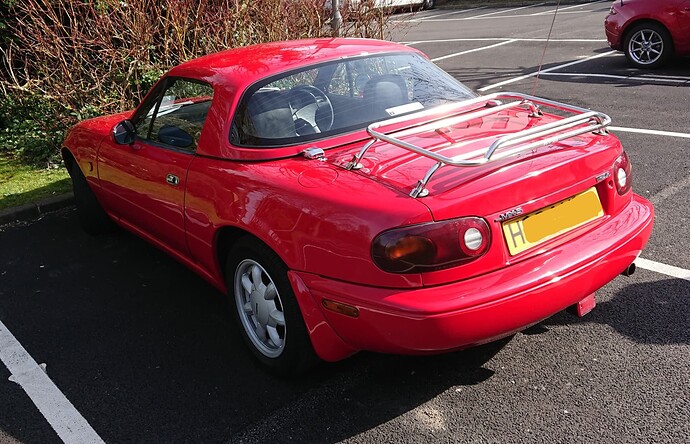 xx RKM cars were cars registered by Mazda Cars Limited (MCL). First was registered in January 1990, and then the first official batches in Feb 1990, ahead of the March launch, so naturally all are on G-plates. Technically, all MX5s are imported, one way or the other.

Stalks on UK and JDM NAs are the same.

Sorry, nice place Dave…to early in the day for me; enjoy Your “5”.

Lovely little early example of what is now considered an Icon… so popular that now, That one crops up in view every time we go out… They really are lovely little Roadsters Over 1,000,000 + people bought one , And by now Three times that number have now owned one too… three million + happy smiling faces over the past years, Now I hope you have a smile from ear to ear too, each time you drive around the lanes of this lovely Country, Best regards keep safe from Ray and Sue in Epping Essex
My car Silver 2007 MX5 NC1 Sport …