Im looking to replace my 2006 108k mile stock bilstien suspension with some quality coilovers. Originally I was going to put some lowering springs in but I need to now change shocks and probably the bushings and bumpstops. Coilovers seem to solve all of that as the money creeps up when adding parts.

Alot of hype over the MiesterR ZetaCRD but they are sold out and I was told early September to expect stock.

Are there any other top options in the same ballpark and under 1k £. Those green Tien coilovers are good price but seen some negative reviews on wear/durability.

Anyone have the BC Coilovers?

BC/Tein/Meister/D2/Yellow speeds all are pretty much the same bodies. The internal valving will be slightly different though.
The premium European stuff (Bilstein/H&R/Ohlins) are much thicker construction which is why they cost more for less ‘features’.
BC will be fine. I’ve always been a Meister guy on my Civics (CRD+ and Clubrace) and loads of folk use the BC’s on many cars so I think they’d be fine.
Have a look at HSD too.

2 main types of coilover seem to be monotube and twin tube - there’s a really good explanation on the 2 on the Tein site.

Under 1k, I think the Tein give the best ‘fit and forget’ value for money to be honest, BC/Meister if you want all the adjustability for track days etc. And Ohlins if you’ve got plenty of cash spare

Thanks man, just dont know if i can wait till September. I think the clubrace is in stock for the NC somewhere on the Internet. I tried finding reviews on its street handling on soft setting. Its not much more expensive that the CRD.

Atm I have no plans to track it ( maybe a track day or two down the line) or anything just spirited b road driving.

I had CRD on my Mk8 civic and Clubrace on my Mk7 Civic (both Type R’s). The mk7 (ep3) was purely for track and even then it was a bit stiff! The spring rates on the CR were far too harsh for the road on the civic. For road I’d go with CRD if it’s the same, no question.

I was very tempted with TEIN, can’t remember the model number, but same adjustability as the CRDs. I also read some concern about quality, but turns out they were specific to the cheaper ones, which I think were China made, where as the fully adjustable ones were Japan made.

If I remember, cost wise they were about £80 cheaper than the CRDs too. And… they could be fitted with a cabin controlled servo motor that could adjust the dampening on the move. Very tasty.

I went with CRDs because everyone said “do it”, and I had already bought the wrong things once already (too great a drop) and wasn’t brave enough to swim against the tide. Very happy with CRDs, but in your position reckon I would be splashing the cash on TEIN despite the god awful green paint.

Thanks for the info

. Yep so Im in a pickle between the BC racing BR’s/ Tein Flex Z & HSD monopro coilovers. Probably nothing between them in terms of what I need.

I guess it comes down to reputable brand, quality and serviceability when it comes to replacing a spring etc.

Only reason I dont wait till they restock is because I have a bad broken drivers side spring and it wont pass my countries yearly inspection coming up in a month obviously so I dont want to be doing the job twice if you get me.

Btw, Does your NC’s have a little lag on the throttle? Its very noticeable when pulling off like theres a half a second maybe more input delay until the revs build, quite annoying. Is this normal on stock 2.0 NC’s ?

Btw, Does your NC’s have a little lag on the throttle? Its very noticeable when pulling off like theres a half a second maybe more input delay until the revs build, quite annoying. Is this normal on stock 2.0 NC’s ?

Start a new thread on this, easier for all sorts of reasons. But short answer is No, instant pickup on mine.

I’ve given up on wIting for Meister and have gone BC which arrived today (yay)…shame my prht broke yesterday (boo) got to get that roof fixed before I can drive over to Pevensey to get my coilvers on.

Also looked at Tein in the past. Noticed that Racingbeat Europe are selling those and they supposedly know their way around an MX5…

Sorry about your phrt… at times I wish I had one but the soft top takes literally 3 seconds to put up and down, no fuss.

Hi Darren, I went 7/5 on the advice of Bofi Racing. I want to do the odd track day in the future so they advised in favour of the slightly stiffer set up. They said that in their experience this wouldn’t be uncomfortable on the road.

Setting off for the Mazda dealer shortly to get the prht looked at. Fingers crossed…

Prht fixed without major expense, now time for these bad boys to go on… 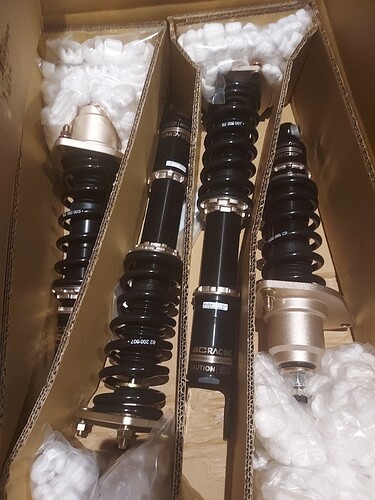 Can I ask what the issue was with roof? Mine played up last year to the tune of £900! New motor and limiter switches needed plus labour at Mazda dealer

They couldn’t find any electrical dault or mechanism failure but they realigned the mechanism, motors and gears, lubricated and tightened up etc so job done.

Looks like after 12 years (11.5 years of gentle use by first owner and 6 months owned by me!) a bit of tlc was needed, nothing more.

Still cost me 240 quid in labour though…

That’s a good result though

should keep it working fine now if all ‘serviced’ Have to say, I do like the PRHT despite my own issue with the motor

Are you doing the suspension yourself?

Hi Barrie, I had booked in with a “specialist” in Jan for Meisters but they couldn’t source those so got the BR’s myself for them to fit.

Now waiting for them to respond to my request for a date but if it goes on much longer I may well go DIY with a friend who is ex motor industry /motorsport (also owns a PRHT MX5) to assist.

It’s not that bad a jobTBH, you could save a few bob too!

I got NB ones from coilovers.co.uk yesterday

BRs are on. Lower than expected but firm and nicely compliant ride… 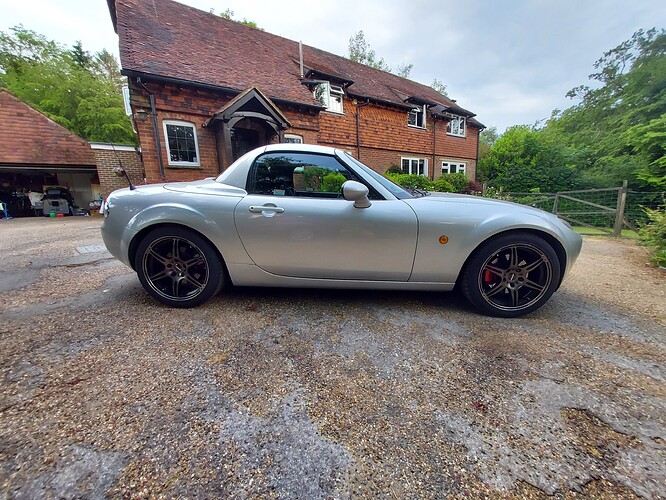 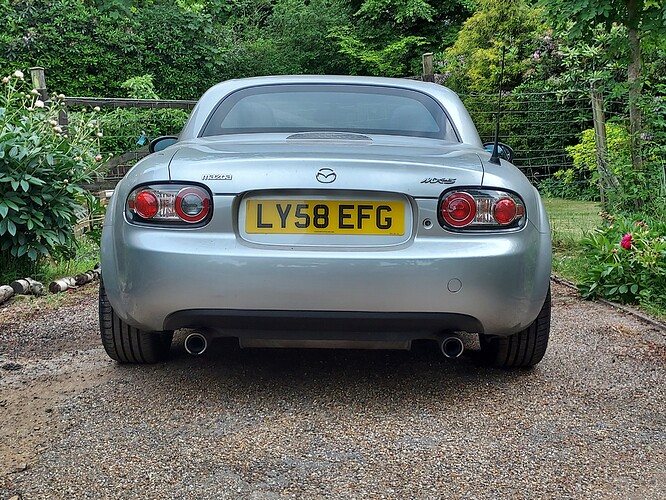 Nice!, did everything go OK with the install? The 5’s always look more purposeful when lowered some, IMO

) but going by what certain folk on here say, they’re all much of a muchness!

enjoy trying the car out and possibly experimenting with adjustments!