What MPG are people getting from their cars?

I’m getting about 3 MPG at present.

That’s Months Per Gallon, by the way. 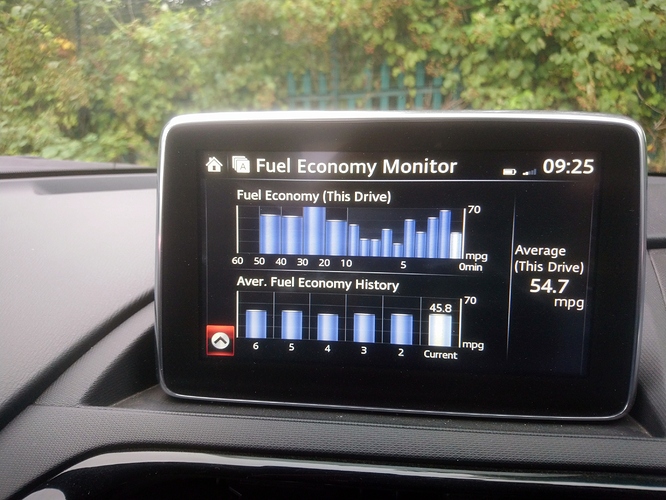 Horwich to Salford on a Friday morning, on a day there wasn’t a traffic queue on the M61

Nice to see another N.D getting over 50 M.P.G ,mine regularly does top 40s to 52 m.p.g ,and lots club members do not believe me,amazing when you think 2.Litre petrol car reg topping 50 M.P.G,my best so far is about 52 M.P.G,hopefully when i go on holiday shortly on nice long run i will try to match you.
All best Simon 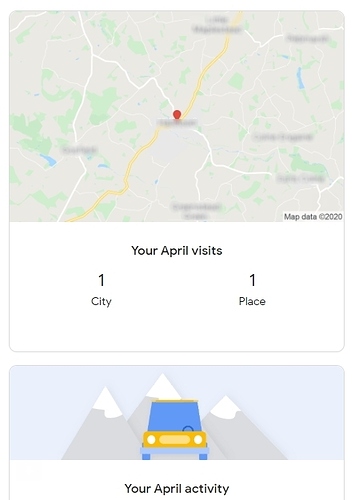 Because of lockdown, I’m getting about 10 miles per month

Big Brother is watching you

Had my 1.5 ND Arctic since November and averaged an amazing 53mpg over 3000 miles. Latest 270 mile round trip to Salisbury today (essential worker) gave me 59mpg. It really helped sticking on the cruise control at 70 and the roads being quiet. Who needs diesels!!!

I fill them.
I drive them
Fill
Drive
Fill
Drive…or used to.
Currently 2 pints to the yard / week I think.
Actually, never given a toss.
Bit like counting lentils.

Mine aint moved for over seven months.

I agree with Scottishfiver most people wouldn’t have a MX5 whatever mk or edition for fuel economy. How can you get a Smile factor being worried about how much it is costing.

I don’t worry about fuel economy, but I do appreciate when it happens without me trying to achieve it.

True but I’m rather proud when I get less miles per gallon and I know I am driving it how it likes to be driven.

Thanks for the replies guys, this was meant as a tongue in cheek post but looks like it got moved to a “serious” section of the forum

I’ve never worked out the MPG on either of my 5s. I only know what my other cars do because they tell me

My 2.0L NC Sport will do around 37mpg on a decent run, but only the low thirties when poodling around town, doing lots of gear changes.

This actually compares extremely well with a Vauxhall VX 4/90 (the 1970 FD version with a 2.0L engine with twin Stromberg carburettors), which I had in the 1970s, which I was lucky to get 30mpg out of.

My wife used to have a VW Scirocco, 2.0L turbo diesel, as a company car until a couple of years ago, and despite manufacturer / government claims of 50 plus mpg, rarely gave her much above 40, whilst driving to Bristol and back (25 miles from Frome) each day for work.

Her current car, a 2016 2.0L Mazda 3 automatic, regularly returns over 40mpg - better than the Scirocco actually !

Around 46 MPG on a decent run from my Mk3.5 2.0 Sportech. Hasn’t had a decent run though since early October when I had a week in Cornwall…

Does just under 30 MPG around town.

Incidentally the trip computer on my car’s very accurate with regard to MPG - I always calculate the MPG after filling up & my figures are invariably within a few tenths of a mile per gallon of the figure displayed by the computer. Unlike the trip computer on my previous car (2009 Fiesta) which always indicated that I was getting around 8 MPG more than I actually was!

MPG is a moot point. Some of us don’t care, some of us are OCD.

I always keep an eye on it because it is a very good pointer to the general condition of the car - the lower the mpg the more likely there is a problem developing or existing. This is something to be thought about as well as the way one drives it and the time of year, winter carrying up to a 10% penalty.

My old (1957) Mk2 Zephyrs, Zodiac, (1964) Humber Hawk, (1971) PC Cresta, etc did between 19 and 23mpg all the time regardless of how I drove them, gently pootling or hammering, and they were very un-aerodynamic at 80mph. An audio person might compare them to an old valve Class-A amplifier, wasting lots of power all the time regardless of how much sound comes out the speaker.

The (1963) woody Mini Traveller always pootled and did about 40mpg, except when SWMBO forgot to push the choke back in. It also did about 500miles per pint of Duckhams (bought in 5 gallon drums wholesale).

The 1996/7 Vextra-B (1.8l) did 33mpg when SWMBO drove it and 40mpg when I drove it, always on V-Power after the first couple of years. It never burnt oil, but lost it steadily through the many replacement Crank-AS O-rings - no rust under the car, and a steam cleaner got it through later MOTs.

My 1994 Astra (1.4 SE) averaged 45mpg over its 205,000 rapid miles on cheapest available, and used a litre of oil every thousand miles to begin with, but eventually only one every five thousand. Totally reliable, my cheapest car to run (even with main dealer servicing), ever, until it died suddenly on the one and only breakdown when bits fell out of the clutch.

The (2016) Mazda3 (2l Skyactive) has averaged 40.2mpg over 15,000miles so far, anything from 34mpg to 49mpg per tankful depending on which of us drives it, and if grotty regular or nice V-Power.
One tankful of Texaco regular coming back from West Wales was particularly bad, requiring me to drop three gears to climb one particular long dual carriageway hill previously done in top at 70+, and 10% less mpg (42) than the previous V-Power tankful (46) also fully loaded on the same roads and at the same speeds.

The (2008) NC (2l) has averaged 37.3mpg over 15,000miles so far from 2014, anything from 29mpg to 47mpg depending on if grotty regular or nice V-Power.
It is worth noting that the V-Power tankful less often used for three to four months over winter (Oct-Jan) is always 10% to 20% worse than normal.
Also four out if six regular tankfuls (Cornwall, Wales, Ireland x 2) were 20% worse in summer! Two other regular tankfuls, Lakes and Northumberland were same as normal.