Love this article. These people know what they’re talking about and having owned a Caterham and now an MX5 I think they’ve got this spot on. The MX5 sits in good company here and you can use it as a daily driver without so many worries about where you leave it. 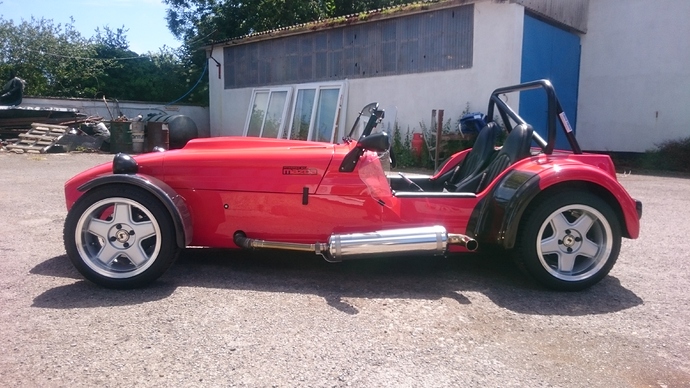 The Caterham 620R looks like a barrel of laughs, absolutely love it, but I would need a spare pair of pants

and plenty of money !

My last Seven had 220bhp and certainly focussed the attention…NIghtmare on very wet and /or bumpy roads , sublime on smoother and drier roads. Ballistic go - and remember that even 6th gear was only 18mph/1000 rpm and handles and corners at a different level to anything I’ve driven except other Sevens , a Westfield and a single seater . Staggeringly noisy , transmission shunt and whine , very tight fit and you get damp when it rains - so MX5 far better as a touring sports car ,

But the one thing I still miss , on every single journey is the sublime (non pas) steering on a Seven - especially compared to the simply awful steering on the MX5, which is far too light , the horrid , big , slippy and thin rimmed steering wheel , zero feel and zero feedback -the car’s one big shortcoming .

This year the Japanese manufacturer celebrates its centenary, and here are 5 hugely important cars from the firm over the years

And I seem to recall that the peddles were closer together in the Caterham. Inevitable that there will be a few compromises I suppose to make it appeal to a broader market. Have to agree that Caterhams are hard to beat on the track. Awesome memories

The pedals are indeed very close together - great for heel 'n toeing (and if you don’t,. or can’t heel 'n toe you shouldn’t own a Seven) but it was very tricky on first acquaintance . When I bought my first I’d never driven one, just sat making brrrm brrm noises at the dealer . I found out , 100 yards into the 150 mile trip home , that the car was undriveable in my normal shoes, so I drove home barefoot and ordered some sexy Sparco pixie boots .

Come to think of it , I’d never even sat in an MX5 before driving mine home to Yorkshire from Wolverhampton . Entirely straightforward , but what most impressed me was that it was bigger than a Seven - but not by as much as I’d expected , and my inner Colin Chapman loathes any car that is bigger than it should be .

Heel and toe is an essential skill, even in normal motoring when the handbrake is inadequate, or, worse, non existent as with the automatic (huh!) electric parking brake I struggled with recently on two different hire cars in France!

I learned to drive in 1963 on a 1951 Morris Minor with the usual joke handbrake and no synchromesh on first.

When it came time to take my test in the Moggy, the hill start required heel and toe because the handbrake could not hold the car. Better still it was utterly gutless, so when the examiner said ‘you can change up now’ (I knew the car would not pull second) he was most impressed, and relieved, when I double-declutched to change back down to first again. It was very quiet going back to the test centre.
If I had failed in either exercise, it might have been a terminal fail because at the foot of the short steep hill was a hairpin bend, and if one missed the bend there was no safety barrier to prevent a tumble down an even steeper wooded rocky slope. The road was Skipper Hoste in Harare, the one and only proper hill in the city, trivial in a driving school 's modern Anglia, but significant with less than half the power in the Moggy. 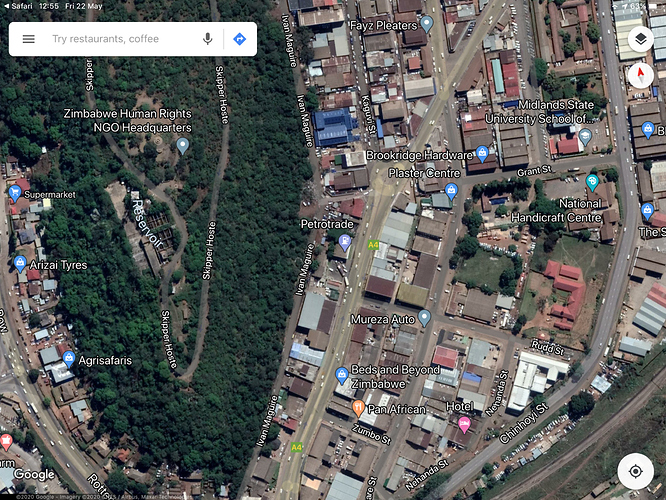 That’s the place! I had a look on the google maps 3D but it doesn’t really show the steepness.
I guess this is drifting off topic.