Hi All, I thought I would post a  a couple of pictures of my latest addition to the MX-5 Family.  It’s a Jap import 1993 Mk1 Eunos Roadster.  1.6 but with a Turbo conversion (Skuzzle) Custom Intercooler, ME221 and straight through exhaust (stupidly noisy!) and HSD shocks 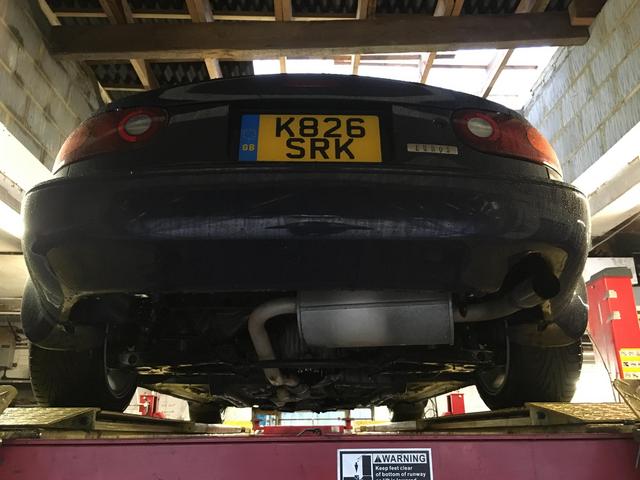 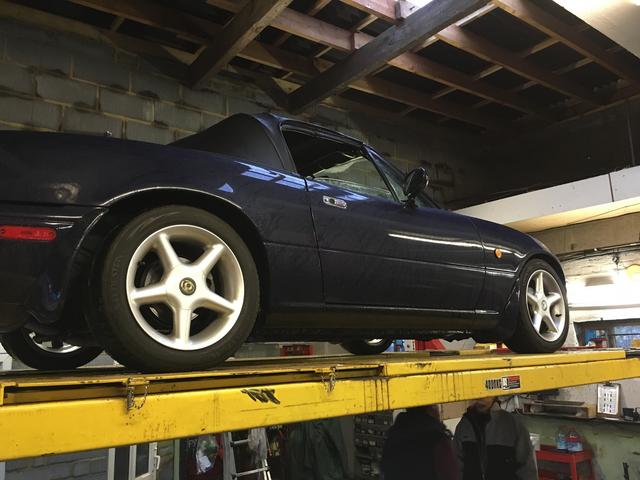 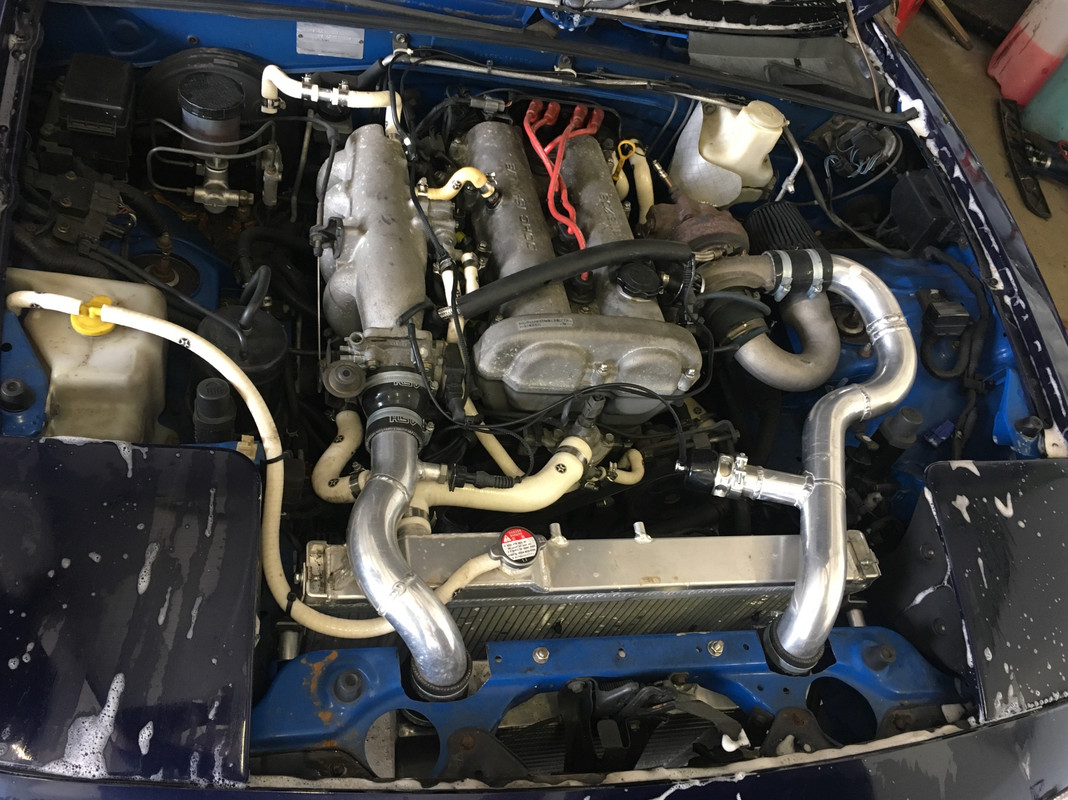 She is absolutely immaculate underneath (original underseal still visible) and I have just had her waxoiled.  But she has suffered from a cheap respray at some point I think she was originally light blue judging by the colour mismatch under the bonnet

I have a LOT to learn about the engine modifications and living with a Mk1.

The car was owned by another club member as I have just found his membership card in the car, if anyone has any details about the car, I would be very grateful!

Isn’t the slam panel supposed to be, er, structural?

Isn’t the slam panel supposed to be, er, structural?
.

Im not sure, but it’s a monocoque chassis as far as I am aware.  The trim was completed by skuzzle, so I would HOPE they know what they are doing!!

Almost certainly part of the tub but to be candid they have little in the way of built in passive safety anyway…and the Mk1 chassis rails are usually solid.

Two ways to view it…needs all the help it can get…or booger it.

However, that age of Mk1 pre-dates the strengthening they engineered into the (1840cc ?) Mk1s…a bit porkier of course.

I guess, so long as you have good competition restraints etc…and consider a proper roll bar…“Rules Apply”

Thank you for true feedback, it’s a little frustrating that a professional company would change something that is structural, but the chassis of the vehicle as in excellent condition (that was the main reason for purchase)

I have just fitted a TR Lane roll bar / harness bar and will fit a harness for competition.

Do you guys run harnesses AND seat belts, or just swap them out completely?

I assume I’m using the seatbelt mounts for the harness?

When I was competing, I retained the standard belts for road use. Harnesses are useless for road use, downright dangerous at times.

There are other intercooler setups that don’t require the butchery Skuzzle has apparently carried out. I’d say fit a shock tower brace, but of course the turbo stops you doing that.

I have a strut brace ready to fit, but I need to move the air filter first as it’s in the way currently. Oddly the turbo doesn’t interfere as far as I can see?

How did you fit your harnesses?

As I was competing, there was no need for a passenger harness. I fitted a harness according the method of the Japanese Auto Federation. RAC-MSA scrutineers were perfectly happy with this.  So-called experts on this forum labeled that as “pikey” (their insulting racist term). Use the forum search function to see how others fitted their harnesses.  I’m not going to get into any further debate on the subject.

Hi Guys, a bit more info on the car as I have been researching / working on it!

The receipt from Skuzzle (Thank you Nick!)

Injectors are yellow so assume RX8?

Clutch is a Paddle version unknown brand but awkward in traffic!

and the Dyno result

My friend had the work completed, then drove it for a couple of days and added it to the storage barn with the other vehicles having quickly fitted a set of HSD coilovers (but clearly not setting them up!) The car then sat for a number of years at the back of the barn.

The day I purchased the car, it looked like this and was completely un-drivable!

The suspension had just been fitted to the vehicle and not set up in any way.  the initial height settings were all over the place and the car wouldn’t clear potholes, let alone speed humps!

The heights were as follows:

After several hours of adjustment, we set the suspension up to the following:

The suspension is now MUCH more compliant but the rear still bangs on the biggest of bumps in the road.  The Damping is set to 8/16 all around.

I am planing on using the car for weekend fun and also entering a couple of Hill climbs / Sprints, so it needs to be reliable and setup well!

On collecting the vehicle, it was dropped off to my trusted friend for the following work to be completed as I was about to head overseas for a couple of months:

Welded diff replaced with a 3.6 TorSen unit with drive shafts and Prop, that I  refurbed from my 2001 SVT donor car:

The car was then collected and brought home to sort the suspension issues detailed above.
Since arriving back in the UK I have:

There are still lots of jobs to do, but that’s the whole point of these cars!

The next job is to fit the new rear springs, adjust the ride height and fit my new wheels!  Then its off to the alignment centre for a fast road setup (any suggestions welcomed!)