The car has aftermarket keyed central locking. The failure of the driver’s door to unlock coincided with the battery having gone flat overnight. Using the key on either side unlocks the passenger door, but not the driver’s side, where the slider with the red indicator inside the door cup only slides about half the distance it would slide when the door used to unlock. The locking can be heard moving on both sides.

No doubt a simple fix/improvements once I get the door card off, but I need the door open to do that!

You can still get the card off with the door closed, or at least enough to get arm in to unhook the lock mechanism.

Thanks. Is the top (“tan”) part separate from the bottom part? 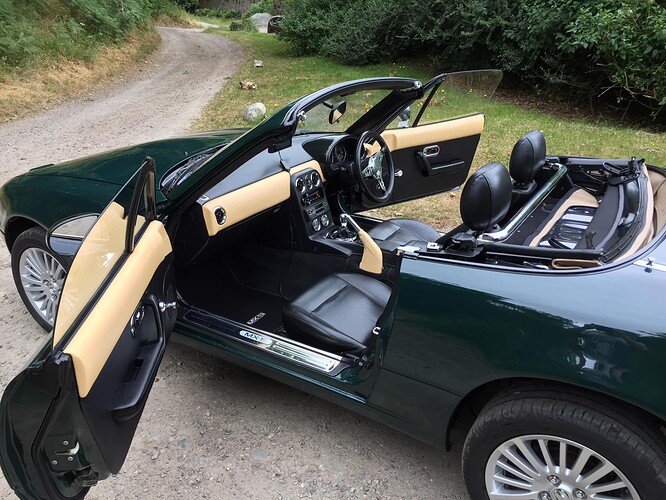 Not by design but it’s not hard to make it so, the part that the screws go into breaks up with age. As yours has been Re-trimmed by the look of it someone may have “made good” the join though.

Would removing the drivers seat help, giving more access to the door card and less likely to damage something?

It looks as if this door is missing some bits in this pic. But does it give some clues as to what I need to do? 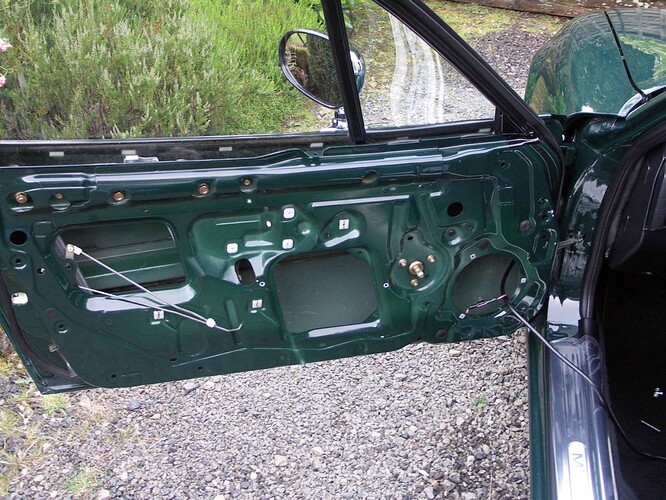 The lock actuattor will sit in either of those main openers, likely fitted with a bit of mecanno. All of them will be hooked up to one of those lock actuating rods that are connected to the interior door lock pull. You just need to remove the white-beige snap fitting to essentially disconnect the interior lock pull from the lock, then you can use the key as normal. THe door car has normal poppers. With these freed, the door card will lift off. The top part will detach, usually secured I think with some sort of hot glue, but as its been retrimmed, probably tiny screws. If you can seperate this, you can get the card off, But the popper in the corner by the top hinge will be a problem. But the card is just thin hardboard. Take the seat out to give more room. With it out of the way, you should be able to pop off the car and get a hand in there to feel for the clip. Push the clip off the rod (its a clip), then pull the rod out. Then there is nothing stopping the lock. Probably will end up with cuts and gunk on the hands.

Good example why these rubbish central locking systems don’t belong in a MX5. After all, its not exactly a big effort to lean over to unlock the passenger oor from the drivers side. Once you get in, I would rip the guts out of this system and bin it.