Hi MX5 fans. I’m getting frustrated with my search for a VGC low mileage SVT Sport, so am thinking of widening my search a little. I noticed this nice Icon for sale, and note it ticks several ‘must-have’ boxes ( dark colour, black leather seats, no aircon… ) but what DON’T I get with this compared to an Sport? Same engine I guess? But no 6 speed box & LSD ( which sounds like a blessing, maybe ) small rear brakes? Smaller wheels? 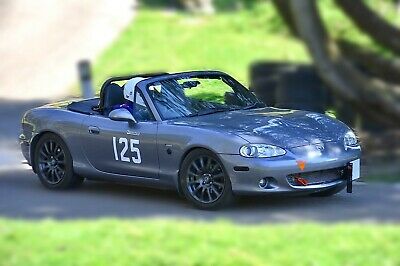 Here we have an ultra low mileage MX5 - with a host of performance modifications that transform the car. To support the increased power we also have the following, all professionally fitted by MX5 Heaven --.

It’s worth noting that even that well looked-after car has had the usual corrosion to seat belt mounts ( which I guess is inner sills? ) .

And also - what other models should I be looking at to get leather, but no aircon?

Wrong link! That’s one I had considered as an outsider, but it’s sold 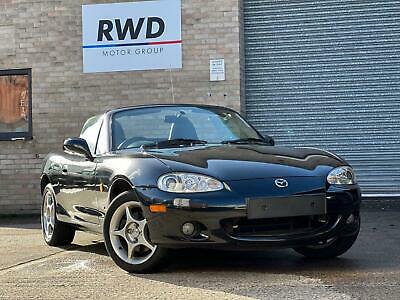 In the advert that you linked to there is another eBay sale of a SVT sport. Did you see that one? 53plate, 50k miles in dark blue with black leather. 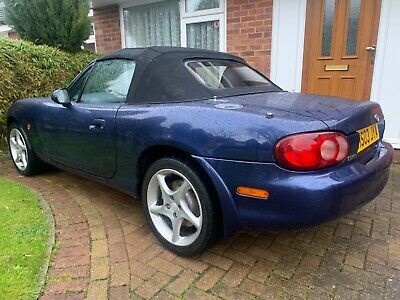 I did see that one thanks. I got quite excited because it’s close to me / my pref colour / low miles / had the timing belt done. BUT, look carefully at the nearside sill & rear wheelarch. There’s plenty of trouble brewing, which is reflected in the MOT history too. I’m hoping for something where the work has been done, or ( less likely ) no work needs doing.

I have a 2005 1.6 icon which was specced differently from the 1.8 but as far as I can tell the 1.8 icon was based on the standard car but with lots of toys inside & out rather than mechanical upgrades.
It won’t have the LSD or the 6 speed gearbox, however it should have the VVT engine the same as the Sport, and being a late car it may have the bigger brakes but hard to tell. By 2005 Mazda were getting rid of stocks out of the parts bin so the Phoenix edition for example had Sport brakes but 15" wheels (a tight but acceptable fit) The wheels as you can see are 15" but are make by Enkei so are still good quality, and it probably doesn’t have the extra underbody bracing of the Sport.

These can all be added by yourself later, the 1.8 brakes are perfectly good for a standard or even mildly modified car, extra bracing is a good addition, wheels are personal preference, and the 6 speed again is a personal preference. The LSD of a 2005 if it had one on a Sport would be a Fuji which has a bad reputation for being broken / fragile. But they’re not all bad it depends how they’ve been treated.

This topic was automatically closed 30 days after the last reply. New replies are no longer allowed.