Lastly, after connecting the airbag and then reconnecting the battery, I turned the car on, switched the radio on, and realized that the multifunction buttons don’t work, which is slightly surprising, as all the pins on the steering column side seemed to be there and the old plug even had a jumper wire, so I assumed the wiring harness of the car had the wires for the steering wheel buttons installed. Or does anyone know if there is a software feature on the radio unit that would make the buttons work?

So, hopefully this will help others in the future that will be searching for the information that I couldn’t find. 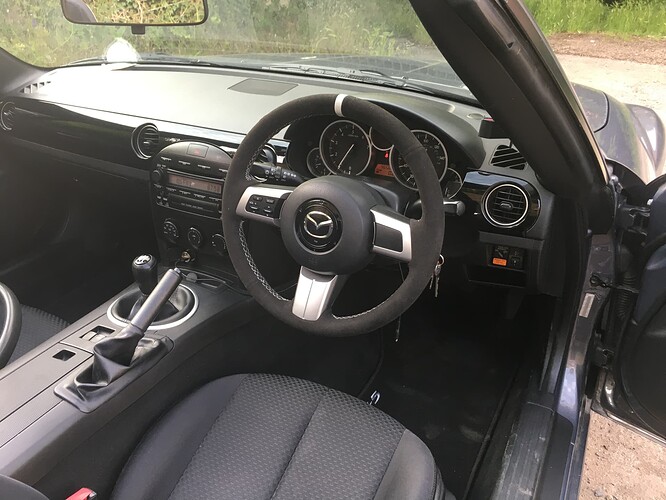 nice work and nice thread.
I’m sure people will find it very handy.

also, I’m taking a guess here but I think you might need to change your stereo unit to one from a car that had wheel controls

Wait, your buttons do work? Did you need to change anything to make them work? What year is your car from? Mine is a late 2007, just asking because they might have changed the wiring over time. Also, does anyone know if the wiring might be different between Mk3, 3.5, 3.75? There was no indication from which exact car the steering wheel was because they all look identical, but as 3.5 and 3.75 have different radio units from the Mk3, they might actually have different wiring.

Regarding the airbag handling I consulted the official service manual and closely followed the instructions, disconnecting the battery and always placing it with the explosive side up and away from my body.