I purchased a rear light strip from Roadie for my ND and as it had been raining almost constantly, I hadn’t fitted it until today. Luckily, I read elsewhere that someone with a grey ND didn’t have as bright effect as on Roadies red ND.

This led me to also purchase a 1m x 10cm red reflective strip to stick to the bodywork so as to reflect the LED’s from the strip.

TIP : Instead of going into the nearside rear well to get to the plugs, I went in the other side as all you have to do is remove the jack door and you can get to the wiring of the drivers side very easily with no trim removal. Helps if you have a bit of gynaecology training . . . .

As well as using the alcowipe supplied in the kit, I also wiped everything over with a degreaser so as to give the adhesives the best possible surface. I used HG spray degreaser, marvelous stuff. 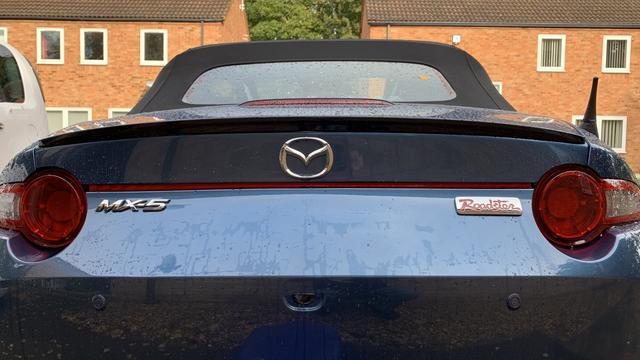 This will be visible all the time and gives a nice effect even without LED’s (in my opinion!)

Wiring going through on the drivers side. Another factor in this decision was my CB antenna feed goes through the left hand grommet.

Fitting the wire through the grommet is tight - ANOTHER TIP - check if the wire should go through from the front or back of the grommet BEFORE fitting, I was lucky and I fitted the first one and it was the correct way around. 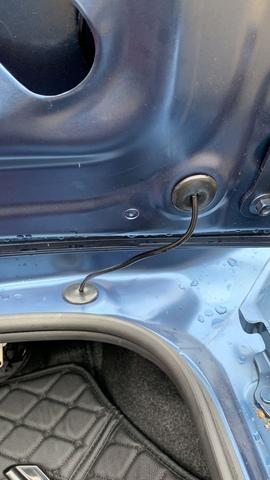 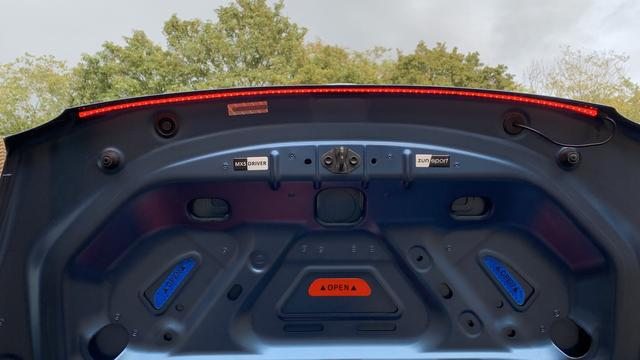 The weight of the wire at the connection was pulling the strip away slightly . . . 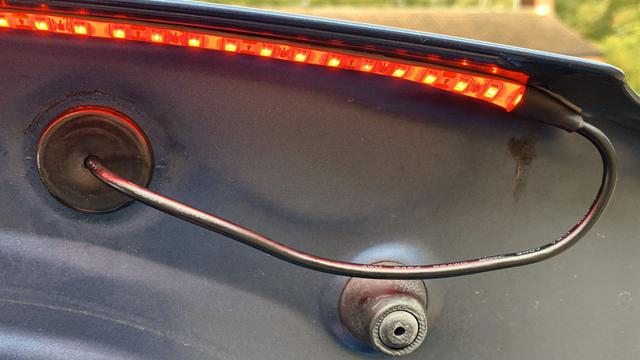 So I gently tucked it behind the rubber boot shut until the adhesive has had a chance to cure.
I may make a thin cable tie from some strong thread and pull it through and capture it behind the bung. 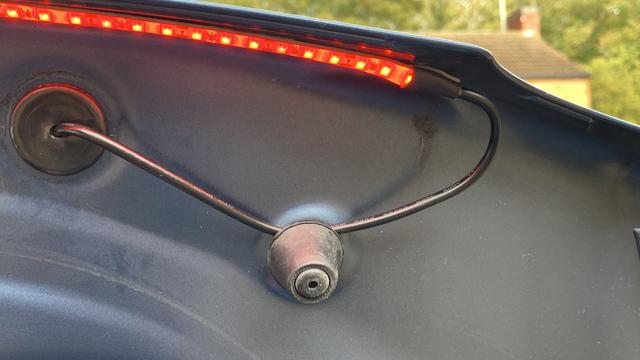 The effect (daylight) - I will post a picture when it’s dark . . . . It appears to be as bright as the strip light to the left of the circular light.
Photographing LED’s is never easy. 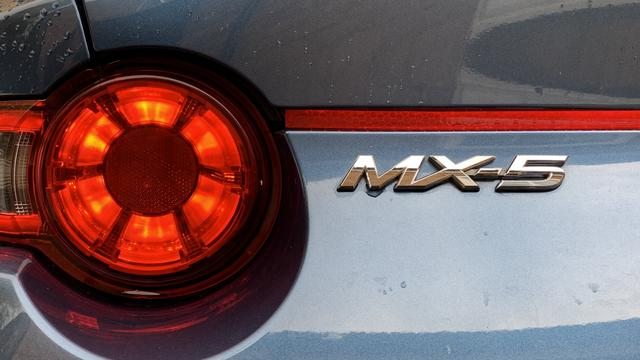 If anyone else is thinking of an adhesive reflective strip, then a 15mm or 20mm width will also work.

NO lights on / reflective from flash

That would have been me!
Have you got as link to the reflective strip you used and a photo of where exactly you fitted it?
Looking to add it to my car now

I think it would be an issue with any other colour car than red - except, maybe, white.

The strip was red reflective tape, 10mm x 2m but I would think that 20mm would have probably been good as well. You need just under a metre. The gap between the lid and body is just under 10mm so something a bit wider would have worked as well. It was actually difficult to just get red tape as most listings on well-known sites (Amazon and eBay) mainly sold in multi-packs of different colours, colours I would never need or use!

I eventually found a company that would sell just a red tape and I bought 10mm x 2m at a cost of £6.70 inclusive of all extras (VAT and postage). Not the cheapest, I am sure but it was available in the size I wanted. I could have bought a multi-colour pack and thrown the other colours away but I couldn’t bring myself to do that!

SHOP where I ordered the tape from 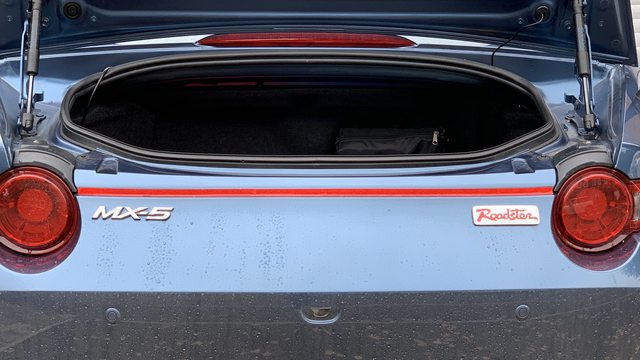 These were taken with camera flash on, to show the effect. 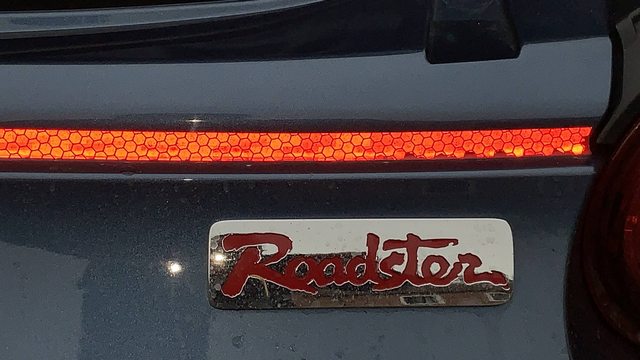 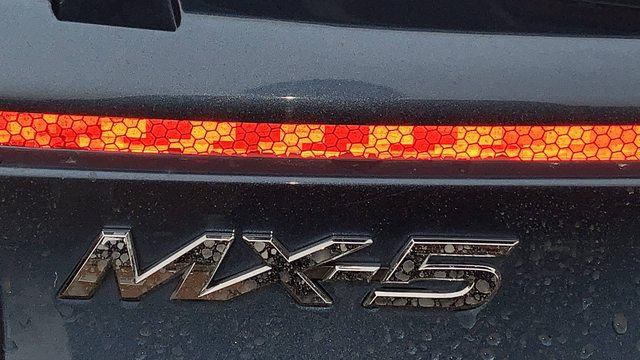 The following photo is taken on my iPhone with flash - the lights are NOT on, this is to show the reflective properties only . . .

Where were the the LED strips purchased from please.