Hello,
I’ve an Mk1 R Ltd (in white and red) which I’m trying to set back to as original as possible but the BBS wheels (there’s a good photo here https://www.solentmx5.com/very-rare-r-limited-in-white.html ) are rare as hens teeth. I figure I might as well invest in a brand new set of wheels - what’s people’s opinions on what’s close to the original look? Ideally I’m not looking to spend more than £200 a corner really.

Actually, if anybody knows exactly which wheels it would have come with originally that would be great. I think they might have been gold?

15" silver BBS,as per RS-Limited and S-Special II. 4-stud VW and BMW BBS are quite close in appearance, but different offset.

Ronal LS is kind of similar. Will likely corrode quickly.

Thanks, they certainly have the right look. Why might they corrode quickly?

Because of “polished”. The rims are"polished",ie bare metal with a lacquercoating. The lacquer coating always fails. These are, ultimately, cheap wheels. BBS wheels aren’t lacquered, but use a clear anodized layer, hence are very expensive.

The alternatives from “Japan Racing”, Dare, Lenso, Calibre seem to be copies of/inspired by the BBS Super RS split rim, only these are fake split rims, with split rim “bolts” that are plastic and fall off.

Another to keep an eye on is Maxilite. Anothe Swiss-German company that actually makes wheels in China. They specialise in replicas of classic designs. They brought out a 15x7 BBS copy for vintage BMWs that has a rim style really close to the BBS lip. 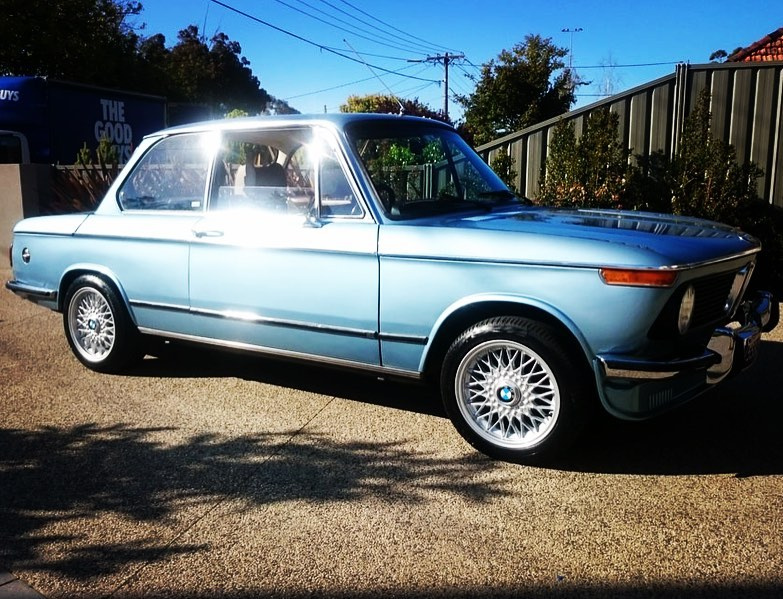 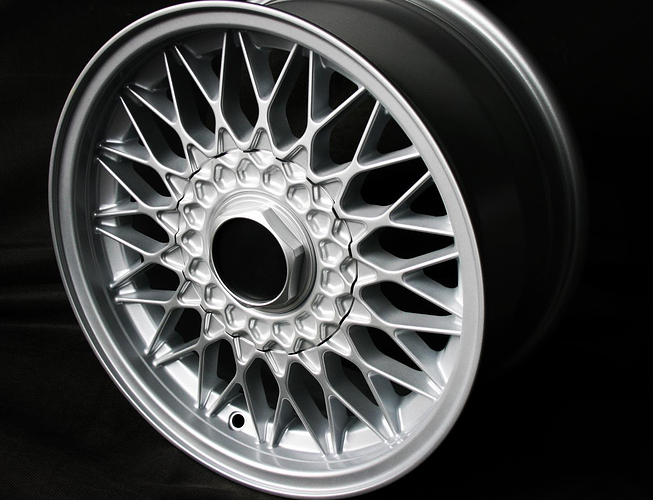 Looks like they are going for all silver paint finish, not bling polished rim. Sensible. But these only came out in July, with a BMW 1502 fitment only so far, which means the offset is out of whack

The 1502 used a 4x100 stud pattern so these will fit, but with a ET10 offset, will stick out too much. Might be worth enquiring with Maxilite at https://www.maxilite.ch/en/about-gtc to see what is in their pipeline. If they get the fitments right, these I expect will be a hot seller. Later BMW 4-stud, VW Golf 4-stud and MX5 NA are all pretty close (tough MX5 will ned spigot rings).

I had brought previously their Minilite style wheels, and found them very communicative. And they seem to have revised their wheel design in response to my comments (though, for these wheels, they used polished rims, which, sigh, after 3 years, started corroding). 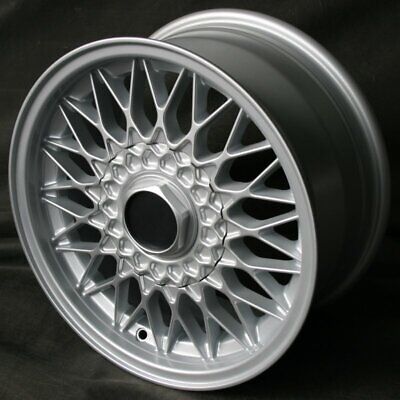 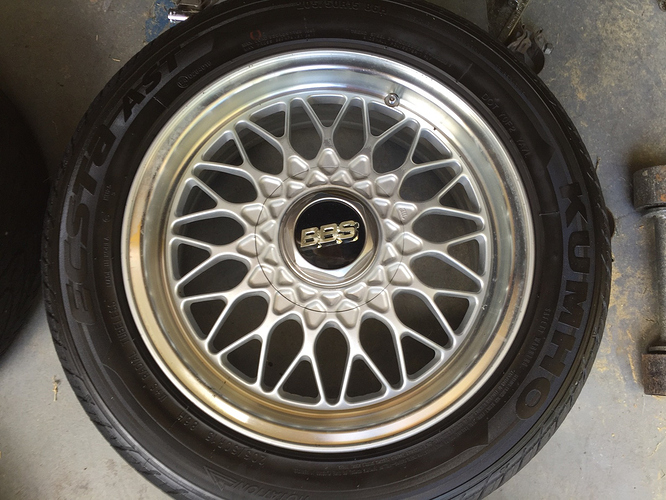 The Mazda BBS Wheel centre caps are not the same as the BMW ones.
Expect to pay over £400 for a genuine set of wheels, Thats the cheapest I have seen for a few years.
I just happen to have two sets but they are correct for my two cars so will not be for sale.
It only took me four years to track down and buy a set.

I have had two sets of the Dare BBS copies. 15" 4x100 for one of the mk1’s and 17" 5x114.3 for my previous mk3. I was advised to lacquer them myself over the original finish from new to try and alleviate the issues discussed relating to corrosion. TBH, they were quite nice wheels. They don’t drop to bits on the day they are fitted! Offset is less than OEM wheels but I liked that look.
Barrie

You can pick up the original 15" BBS’s. keep your eyes peeled in the for sale sections of the forums, and marketplace on Facebook.
I managed to obtain a spart set last year for £350. They needed refurbishing, so cost me a fortune all in, but they look amazing. OEM is best. Try advertising for a set on the forums and Facebook.

Thanks everybody for the super detailed replies, very much appreciated

Thanks folks, I found a set that had been refurbed (including coating!) from a club member, off to pick them up this weekend. Photos once they’re on the car (2021 at this rate)

Just back from picking up four of these! Beautifully refurbished, original 3d centre caps. Not cheap, but not far off my original budget. 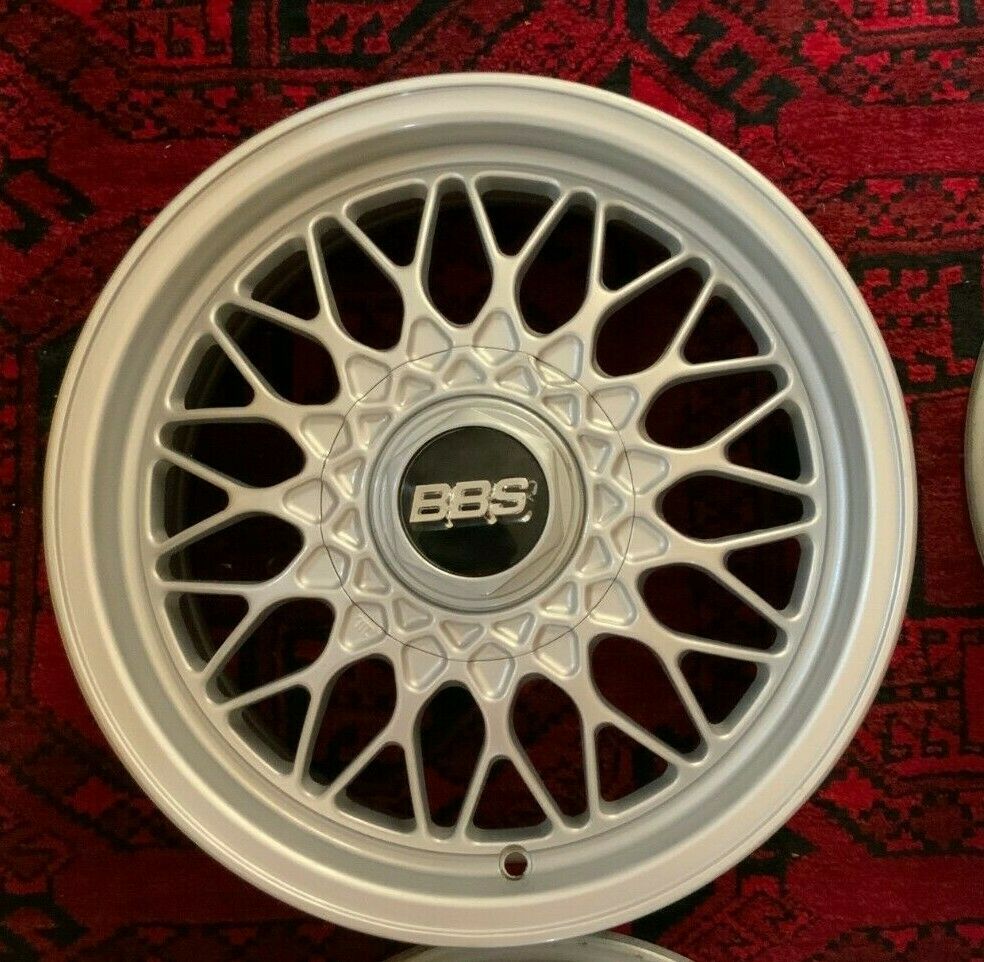