Other option is to hack the ND wheel onto my NC - anyone know whether the spline is the same or any reason it would not work? (I need to fit a plug to wire the buttons and figure out the resistance of the airbag and whether I need to do some conversion so it wont blow in my face but that’s electrotrickery and I’m ok with that)

Another option I was looking at is to buy an OMP and make a cradle to fit the existing steering controls (or use different buttons all together) on a custom made hub similar to how my sim racing rig is put together. 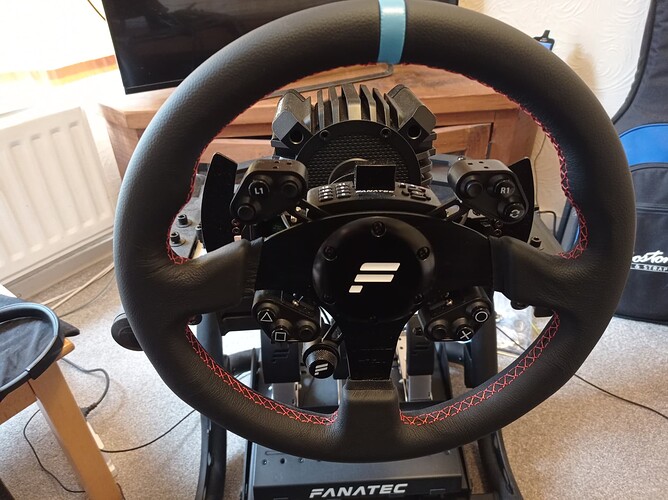 Yes I know about MOT and no steering wheel airbag, I would need to use a mate or connect the OEM back

I’m after for some brainstorming here chaps… so feel free to comment.

A smaller wheel would almost certainly obscure some of the instrument panel - fuel and temperature gauges in particular.
Also unless you shorten the stalks they will stick out beyond finger tip level and be more difficult to operate.
Not sure why you think the Mk3 steering wheel is massive. I have a Royal Steering Wheels upgrade and, being thicker, it gives the appearance of being smaller.

I do quite a few trackdays but i want to keep the car road worthy as i use it daily. I think the wheel is too big for track driving. Personally I don’t really think the sticks would stick out to be honest, i wasn’t planning on going that small anyway but if i was i still don’t really think it would be a huge issue.

As for the control buttons the cruise control is also used to change the maps so i kinda want to keep the buttons on the steering wheel.

I had Momo wheels on my(airbag free ) Sevens and on my daily drivers too , until the advent of airbags in the mid 90s I think, and I have been saddled with standard fare since. Actually, most are ok and at least they are all leather these days , and not the slippery plastic rubbish of my youth .

I would love a small Momo Prototipo or Veloce wheel on my ND , and although I don’t care too much about instrument visibility , the airbag /controls/ MoT / insurance issues of getting one meant I bought a Royal , which is excellent . But it still isn’t a sexy Momo .

I’ve fitted a 320mm non-airbag wheel to my NC, it partially obscures the top of the dash, but as i have ancillary oil and water temp and oil pressure gauges on top of the dash it isn’t an issue. The indicator and wiper stalks don’t stick out either. Its much better on trackdays and normal driving and adds to the steering weight, which feels over assisted with the normal wheel.

hi mate, can you also mention what base you used? thanks 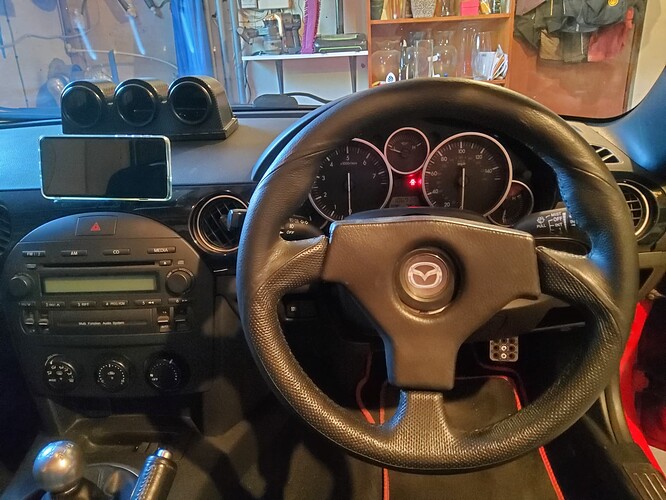 Yea i know. The trackracer tr8 rig (cant see it from the picture) is probably as important as the wheel and pedals.