Well, for anyone else who has this problem in the future and wants to know if it got solved - it did!

It appears that an original hood would have just worked (it would have been very tight though), but an OEM spec aftermarket one (due to the different way that the windows are bonded in) didn’t quite work, and my Jack Smith one definately didn’t fit due to the double bonding - see above. In the end I went to Allhoods in Romford, who, as a custom project, made me a new roof using their existing pattern, but with an MGF window (which is a little smaller, height-wise) instead of a Mazda one. The results are utterly superb (especially as I opted to have it made in burgundy mohair).

You’ll notice that the Hard Dog Deuce is no longer black - it was vacuum metalised by a company called Chromespray in Basildon. It looks exactly like chrome, but they could go straight over the black powder coat, instead of having to strip it down to bare metal, polish it shiny and then coat in a huge electrolysis bath. The result was that it cost about half as much as chroming! 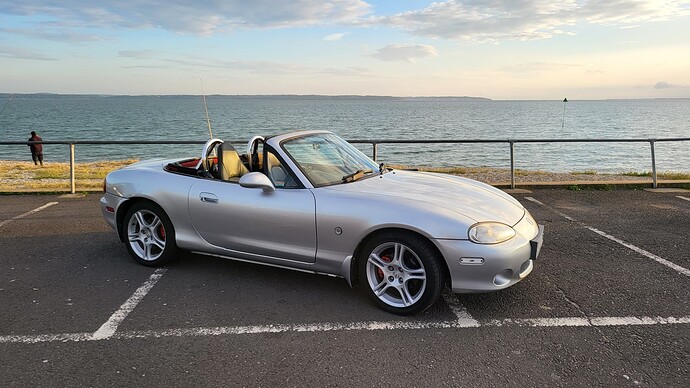 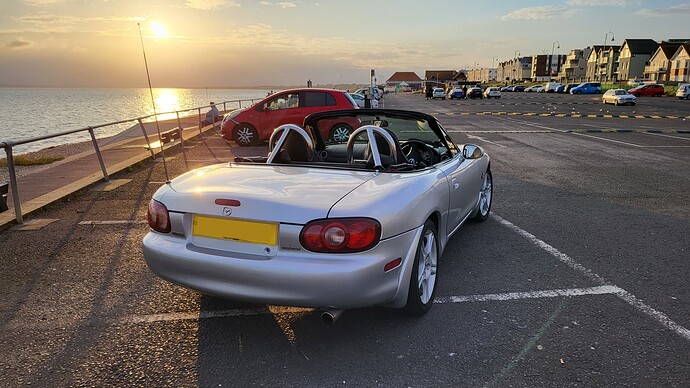 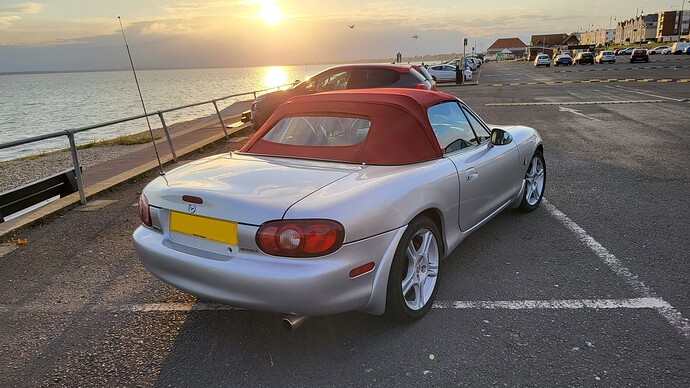 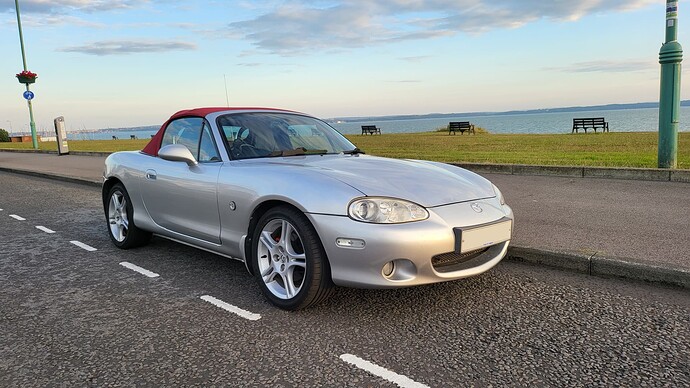 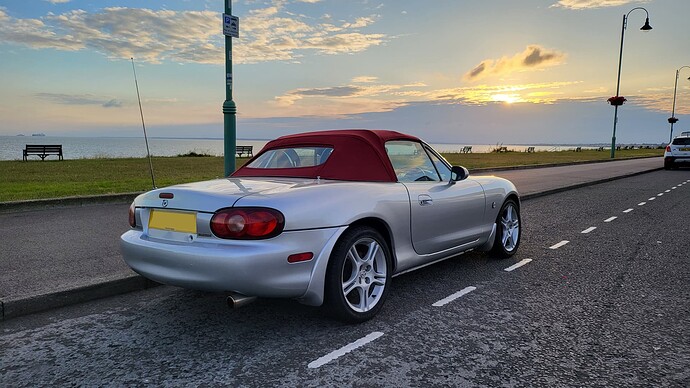 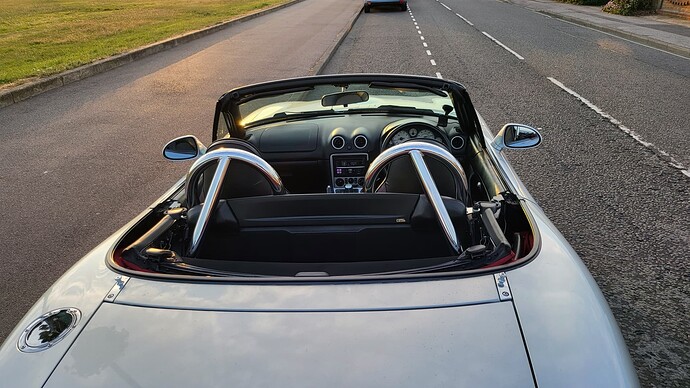 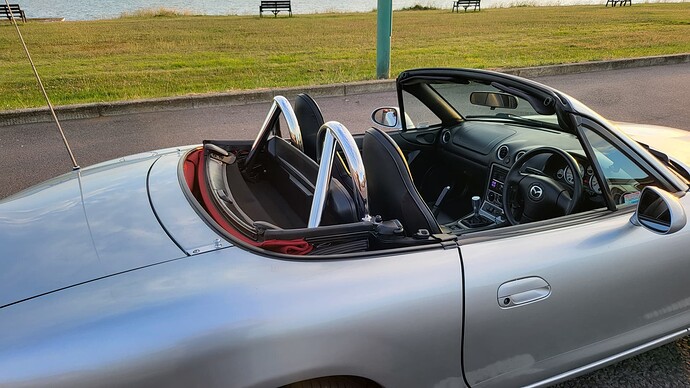 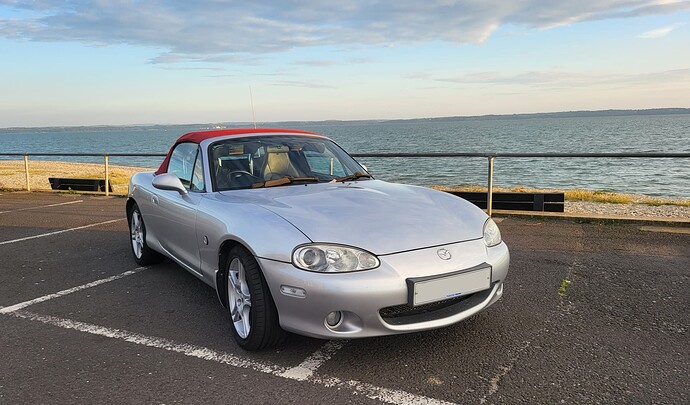