Anyone know what that Sonic Boom was all about today in the Cambridge and surrounding areas?

There was a deep boom here (Southend on sea) at about 15 minutes ago, would a sonic boom cover such an area ? We thought maybe it was from AWRE Foulness island?

What time did you experience it

I’m in bishops stortford. A bloke on Twitter worked out what plane it was ZK357. Plane was at 41000ft!

Don’t know why yet theough

Probably not related but there were a pair of F15s (I think) flying over Gloucestershire mid afternoon yesterday and heading for the Fairford base where there’s a significant American presence. I live around 15 miles from there.
They were definitely having fun on the way, pulling several high speed loops around the area. A couple more came over later doing the same.

RAF Typhoon then ?
I was working at BAe Warton in 1997 when they flew one of the first production aircraft, they were still called Eurofighters then, pretty sure that the British, German and Spanish Proto’s all took off at the same time in their bright yellow zinc chromate primer paint.
Still flies like a spaceship when being displayed at Airshows and yet 1997 seems like such a long time ago now…

I once lived in Barnstaple North Devon, you could almost set your clock (around 4pm ??) when Concorde flew through the sound barrier almost every day overhead. BOOM > BOOM ( bang & echo)

This time last year we were living in Mid Norfolk, a great place to watch the local jet fighters dog fighting above your head, mostly F-15’s that i saw. My missus used to complain about the racket they were making, i loved it Jet Noise = Freedom

This is quite a good Aircraft spotting/radar site if you want to include some military stuff too:
https://globe.adsbexchange.com/

As I understand it, Concorde flew down the middle of the English Channel in order to minimise the effect of the sonic boom(s)
We used to hear the double booms very clearly in Mousehole.
I’m surprised they could be heard as far north as Barnstaple.

Sonic Boom was all about today in the Cambridge 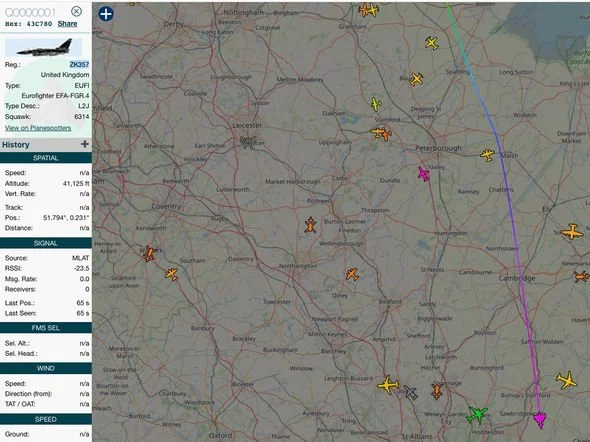 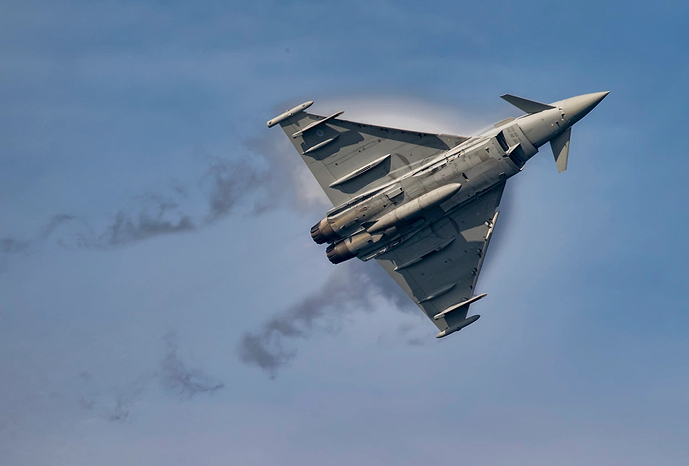 We heard and felt it in North Herts. SKY News confirms that a private plane lost contact and was intercepted and safely escorted into Stansted. Obviously any unidentified aircraft heading into the UK from the EU must be treated as potentially hostile !

Heard it about 13:04, thought it was the cat on the flat roof, realised she was on my lap. Real answer was 2 RAF Typhoons off to intercept a “bogey”.

thought it was the cat on the flat roof

Just how big is your cat to make that much noise???

There are more tigers in captivity in the US than are left in the wild. These silent yet deadly hunters showed an alarming decline of more than 95% over the last 150 years. Learn more interesting tiger facts and find out what we are doing to protect...

We stayed at The Dabbling Duck in Great Massingham for a few days last summer and we used to sit in the beer garden watching the dog fights high above, was great