Turbo on an automatic

Hi
Is it possible to fit a turbo to a MK1 1.6 eunos ?
Car is an automatic.
Cheers

Possible but not cheap, check our these guys and BBR GTi for kits 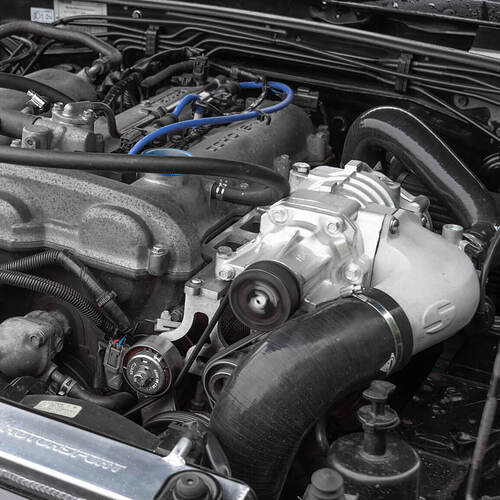 Back in the 80s, the worst car I drove was a Saab Turbo auto…it was all or nothing power…kick down meant turbo kicked in…so immediately had to back off,auto changes up and turbo goes off boost…

Same kind of experience here but with a Toyota. Almost as if the engine was telling the gearbox to do something it shouldn’t be doing.

It would probably be horrible to drive as above. Turbos can produce low down torque and the gear change points will all be wrong unless the gearbox can be remapped which seems unlikely on a car of that age. Similarly the gearbox might not have full manual control either - mid 90’s could well be a 4 speed (really 3 with overdrive, maximum speed being reached in 3rd).

Just thinking aloud, not any sort of expert opinion. But I’d want those points considered.

A long gone guy called Gixer, UK expat who lives in Greece, had a BRG 1840cc Auto like mine into which he ( after discounting the turbo route for on/off boost reasons I think) went the JRSC Supercharger route instead and it turned out very successful at various events in Greece.
The point was at the time…from distant recall now…was the supercharger fed in torque pretty much from tickover…into…the torque converter. Very linear and even. Think it did around 180 odd bhp.
Seems sensible.