Hi,
Apologies if this has been documented else where.
Read various threads on clearing the scuttle drain on the Mark 3 NC due to water getting in on the passenger side.
So thought I would have a look today just in case.
For those with a 3.75 DON’T bother.
They have modified it and put a moulded plastic drain on the nearside.
As per the attached photo’s.
Not sure whether the 3.5 is the same or not, but I am sure those that have one will be able to say. 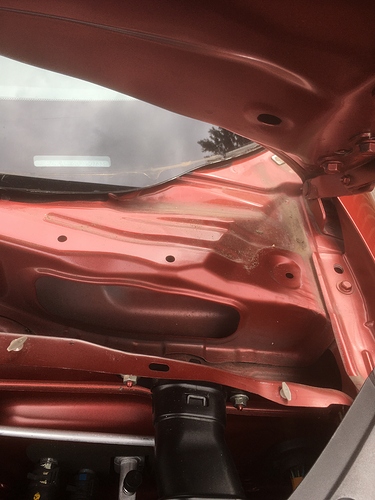 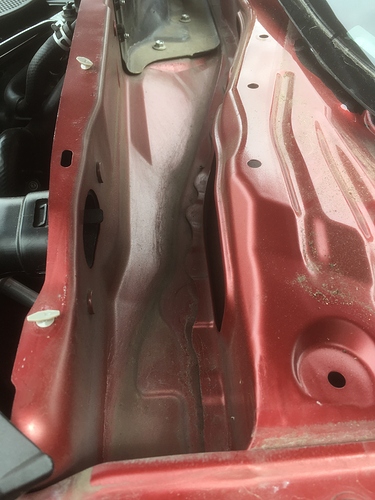 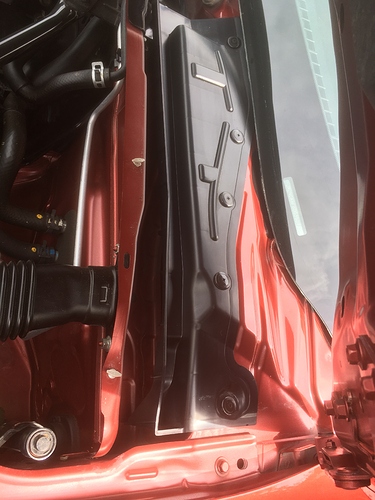 How does the windscreen black panel fit to the scuttle, is it a screw each side under cover caps?
What’s that oblong thingy in the first picture positioned top right on the scuttle obscured slightly by the rear edge of the bonnet?

I have a 2013 NC 3.75 which suffered from a leak into the passenger footwell. This was fixed by replacing the gasket under the scuttle as described in previous threads. This was done by the local dealer under warranty so I didn’t see what was under the plastic scuttle.

So, if you get a leak there it may still be worth checking the scuttle screws.

Think you’ve misunderstood, it’s not the part in your photo, it’s a small plastic grommet, one on each side just below the windscreen. The two screws that you removed to take the black plastic panel off is where the leak occurs.
Have a look in downloads (as a member you have access) and the whole proceedure is explained with photos.

Perhaps I have!
I printed off that topic and followed (so I thought).
So are we talking about the white plastic grommet that the screw goes into then??
As in number 8 of the print out. 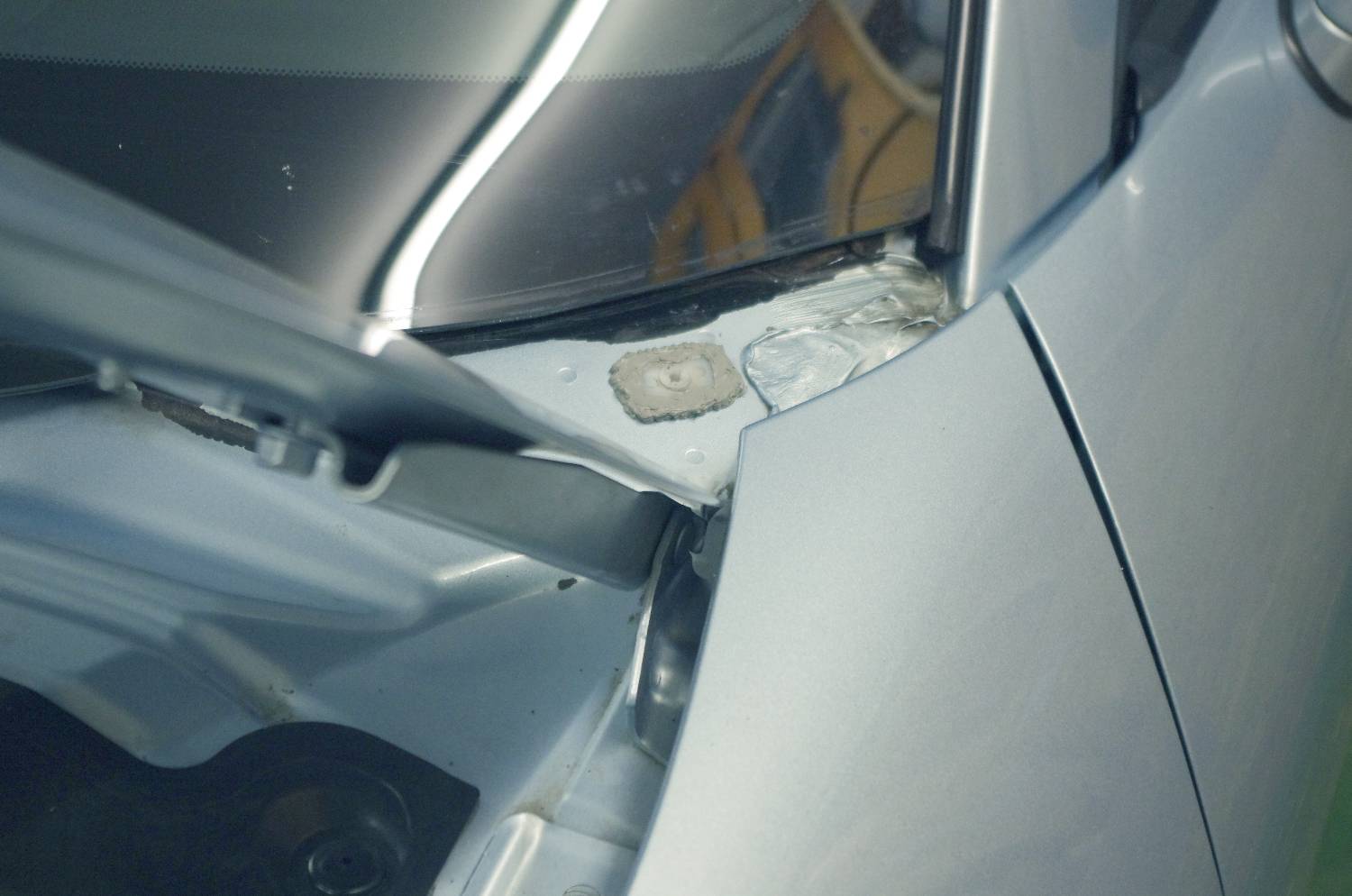 The first part yes it does.
Sorry, but not too sure which bit you mean?
Edit- Yes that was the bit in question

Picture 12 shows the grommet, clean the area around it a then seal around the side/base of the grommet.

Richard, thank you.
So it is that little white piece where the screw fixes into.
Much clearer in your photo than the print out.
I was looking elsewhere to be honest and didn’t realise it was that little piece.
Off it comes again!!
Many thanks every one for pointing me in the right direction.

Just double checked and it’s this pesky little chap here!
Which is loose so will sort it now!
Must confess, I was looking for some form of drain… 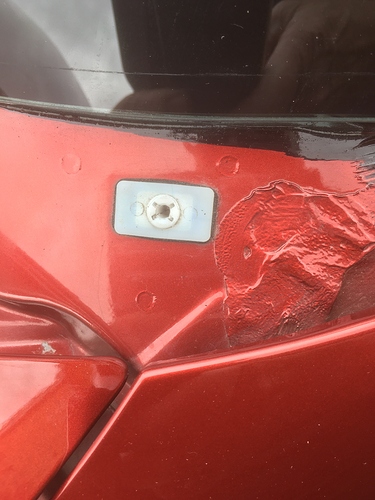 Yes, that’s the relevant part. They are a bit loose when fitted, then as you tighten the screw to secure the plastic scuttle panel it pulls the grommet against its plastic fixing tags underneath, which grip onto the underside of the panel thereby forcing the grommet downwards & making a tight seal. Assuming the foam gasket’s in good order - it’s failure / ageing of the foam which causes the water leak.

Best to seal with silicone for a permanent fix - many folk on here recommend Fernox LS-X which is what I used on my (non leaking) ones as a precautionary measure a while ago. 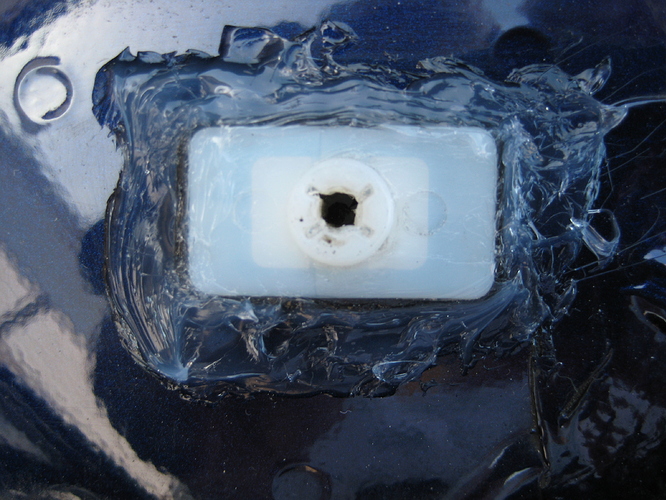 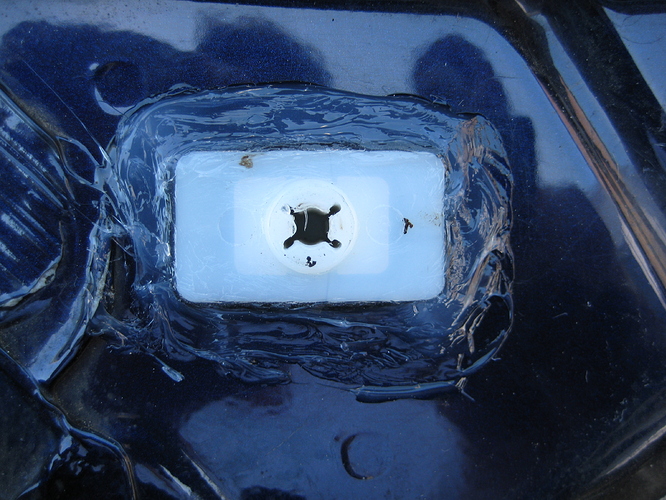 I had some good sealant given to me when they fixed my motorhome.
All done and back together.
Thought I might as well spray the wiper arms to make a proper job too.
Thanks all once again.

Thank you for the post. Ill check mine out today
willie

It’s best to get it underneath

I used a length of damp old dish-cloth to saw out the residue of the foam and also clean the dirt away to give the best adhesion. When it was dry I worked the silicon underneath, then went round with a reinforcing bead afterwards. Overkill perhaps, but I didn’t want to have to do it again.

I don’t know if anyone has noticed, but the same idea of the foam-seal behind these white plastic square screw holes is used elsewhere on the car, including under the sliders on the rear-wings where the bumper locates. These are other potential leak spots IF the bumper has been disturbed or the rear-wing flexed badly. It does not cook up so much here as the scuttle grommet but time will eventually do the same as the excess heat did for the scuttles. As you can see mine had not yet leaked when I took the photos last year. 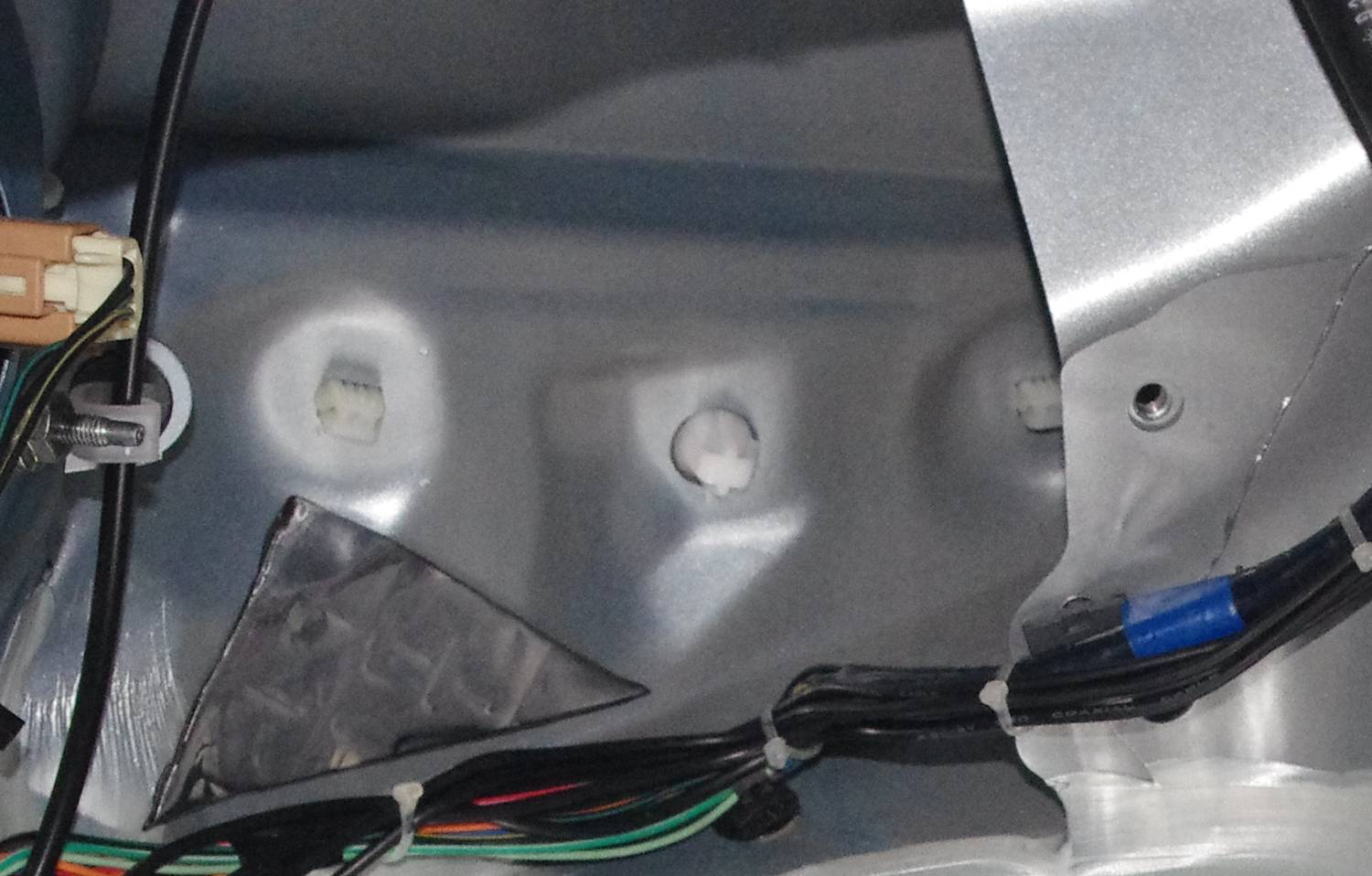 Driver’s side, one of the two expanders visible and the locating peg 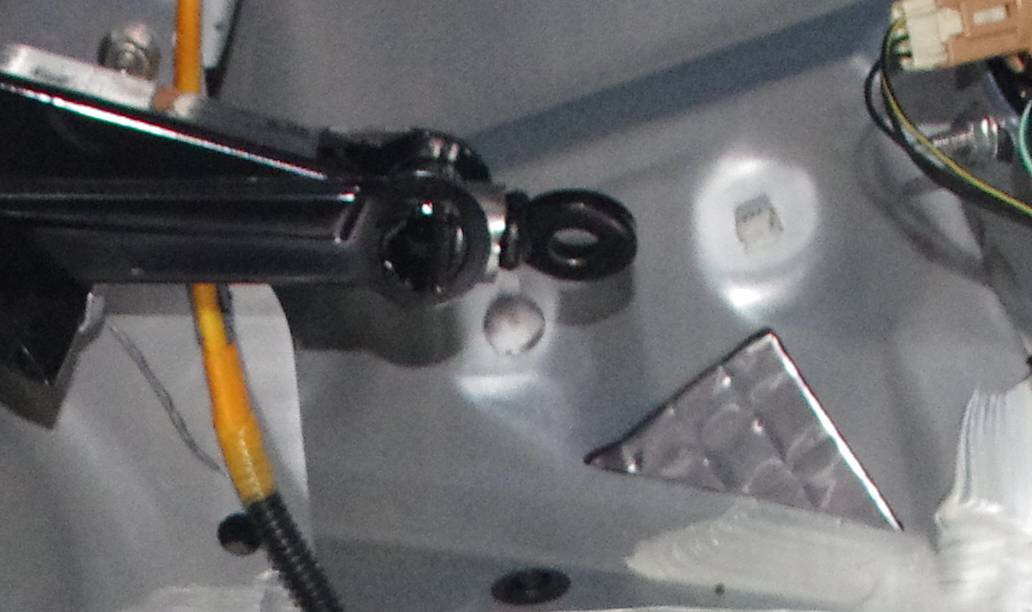 Absolutely, if you just put it around the edge with it flat to the metal, it will just pull away when you tighten the screw. I lifted the insert, I can’t really think of it as a grommet, and using a fine nozzle, filled the gap underneath and around the edge with silicone but as a bead rather than spread around.
So far so good…