I have a 1993 Mk1 Eunos S Special which has a standard factory-fitted engine bay cross-brace. I’m considering fitting a Pipercross induction kit but I’m slightly concerned that the conical filter may foul the cross-brace, so I’m just wondering if anybody on here has done this before and can advise?

It might. If it does, there is usually enough flexibility in the brackets to have it sit a little lower.

The HKS intake has more flexibility 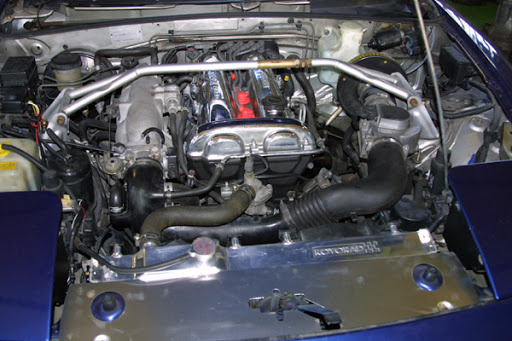 The reviews on MX5 parts has one that says it fits.
https://www.mx5parts.co.uk/pipercross-induction-mazda-mk1-pri-332.html?reviews_id=37

I would not recommend using these kits if you are trying to improve performance as they all tend to suck in more hot exhaust manifold air.
The 1.6 airflow meter does make adding a good cold air intake difficult without a bit more modification and even trickier with the strut brace fitted. There are a number of home made solutions that move the intake nearer the colder air at the headlight or snokelled in.
I had a drilled airbox on my Mk 1, that made it sound a bit better and used a K&N filter to maybe give a few BHP increase. Not quite as shiney as the Pipercross

Mazda’s intake set up for the M2-1028, which developed significantly more power than standard. They weren’t all that interested in “Cold Air” 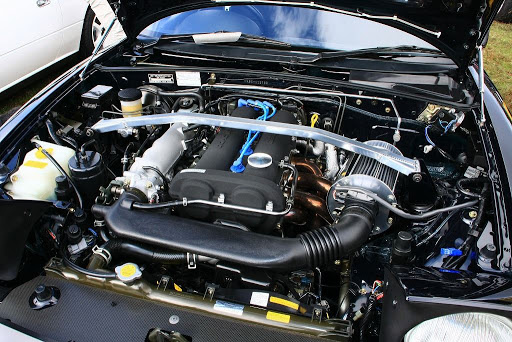 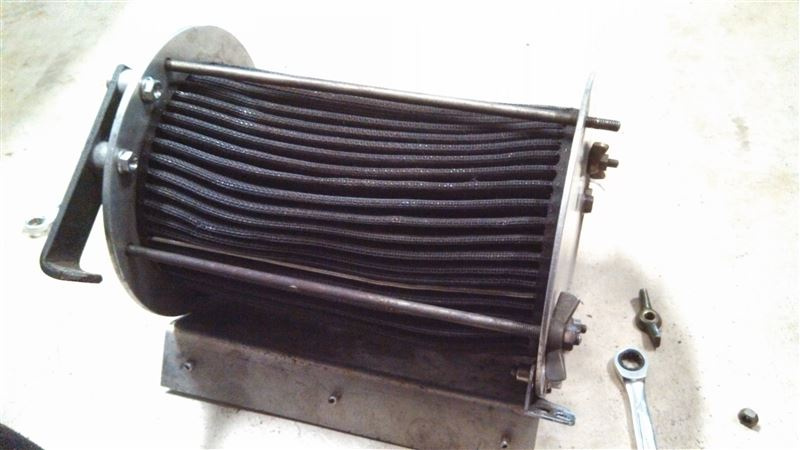 Interesting photo! Certainly not bothered about cold air, there’s a very pretty 4-branch manifold with no heat shield - I reckon that air filter is sitting in about the hottest area under the bonnet!! I wonder where the windscreen washer reservoir went?

Yeah I’m in 2 minds whether to do anything at all - I’ve already got a flat K&N filter fitted in the standard air box. Its just that if I don’t find some jobs to do on the MX-5 then The Wife will find me some household jobs to do…

Interesting photo! Certainly not bothered about cold air, there’s a very pretty 4-branch manifold with no heat shield - I reckon that air filter is sitting in about the hottest area under the bonnet!! I wonder where the windscreen washer reservoir went?

Good spot. The M2-1028s certainly did originally have the usual washer bottle. Its possible the owner fitted the version that sat in front of the radiator, and normally found on ABS equipped cars.

Over the years, on the 96, I’ve had a variety of intakes 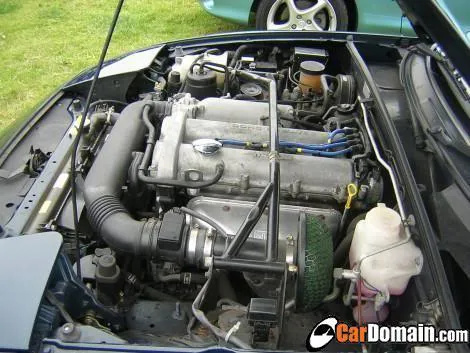 Then added a ARC cross over pipe 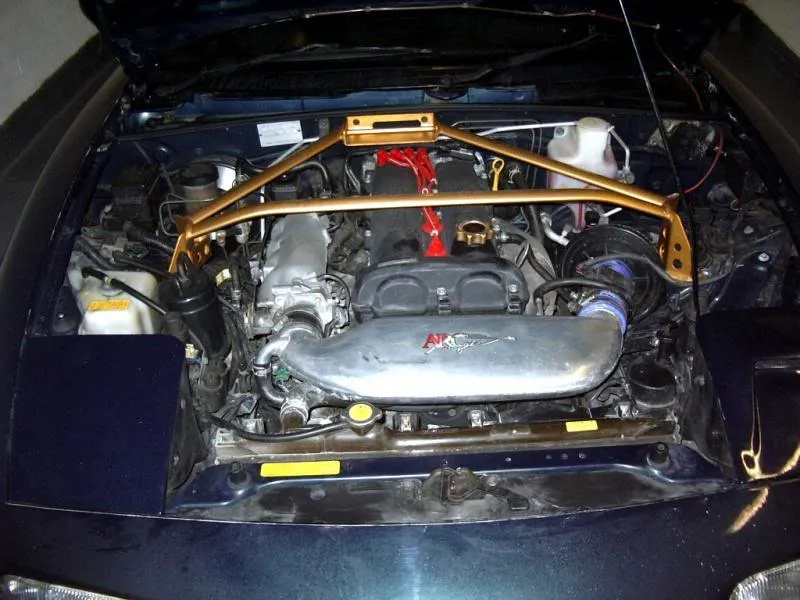 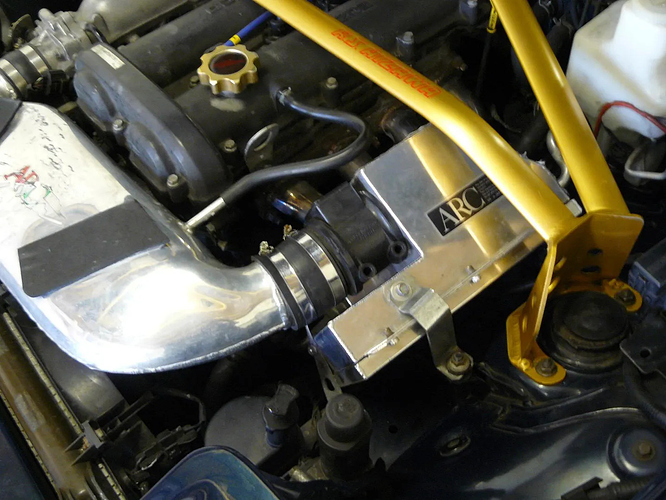 Then, when I thought I was selling on the car, I sold the intake box. Even though I tripled my money, it was a huuuge mistake. Because I ended up keeping the car. On went a cheapie generic filter 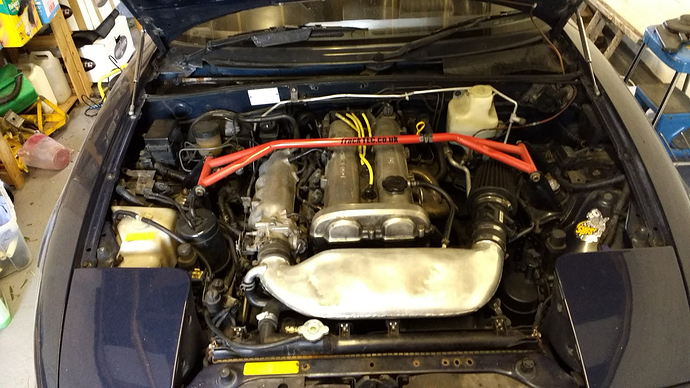 As years went on, the cotton filter was looking manky, and on went, for an extremely brief period, a Ripspeed mushroom filter. 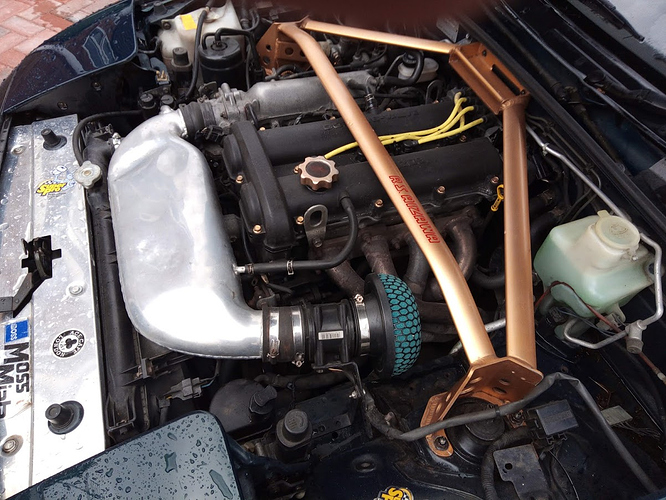 Really bad design. On the HKS filter, the filter cage is secured by a bolt and captive nut. On the Ripspeed, its a bolt and non-captive nut. I had visions of the thing shaking itself apart, and the nut doing god knows what. 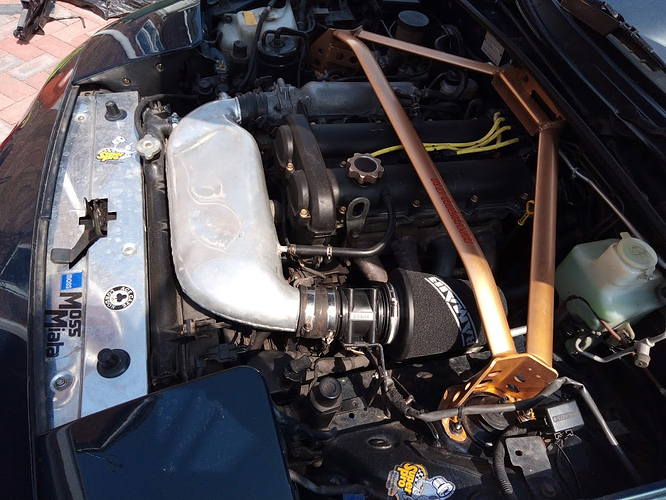 On a S-Limited, I fitted a filter and heat shield from Fast Eddies, I think all in £40. Looked alright. 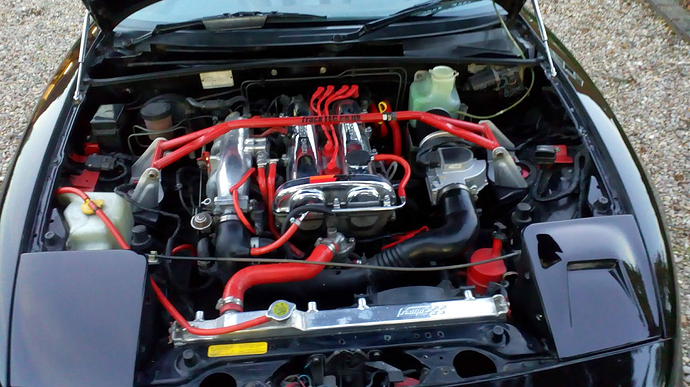 Wow, looks like you’ve tried them all! But you’re not helping me!!