When I open the driver door, if it has been raining I will get some water run out from the seal at the bottom of the door card. This doesn’t happen on the passenger side (that I have noticed). I am assuming the water is being trapped there, but the door is not full of water, just get a couple of spoonfuls run out when the seal is released as the door opens. It is possible that the water is just trapped in the rubber seal, and this is ‘working as designed’ but I would have thought water would drain rather than be trapped.

I am assuming the water gets in here : 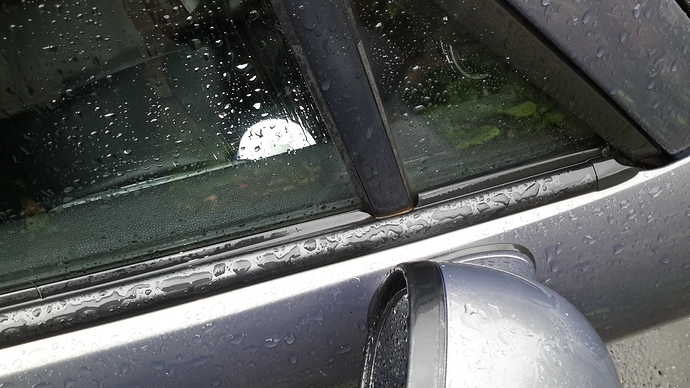 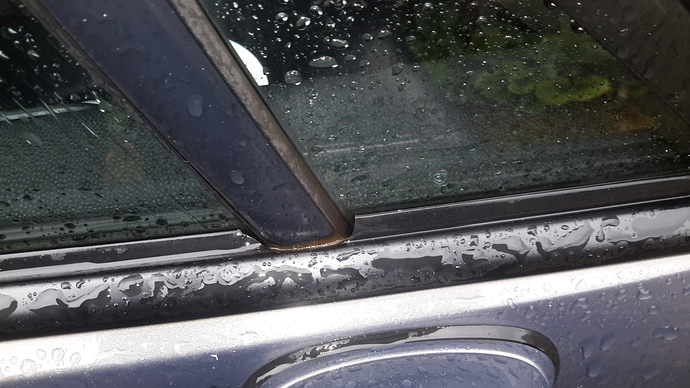 Should this be sealed better than this? Tempted to tape this up or apply silicone sealant, but it won’t be pretty.

I have the metal part from a scrapped car, and worry mine is going the same way with the rust. 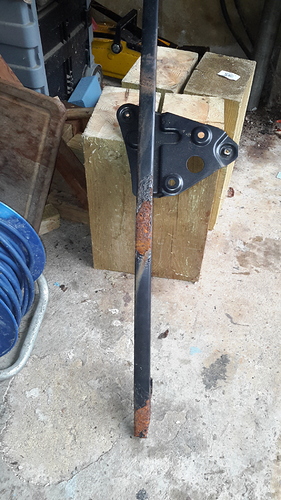 I will take the card off tomorrow (if it stops raining!) and have a look for anything obvious. But has anyone been there and fixed that to give me a head start?

Those weather strips at the top of the doors aren’t really to prevent every drop of water entering the door void just most other stuff really. They all rust on that upright, just treat and paint, or you can get new ones.

Your door sealing rubber could be porous (be damaged) and hold water, check that and they can be replaced if course.

When I had much the same problem it turned out to be the little pointy bit of trim at the front of the rubber strip. IA few dabs of silicone sealant cured it.
Regards
Darryl

So door card is off and I see that my Focal speakers are catching drips that should end up in the bottom of the door and exit via drain holes. 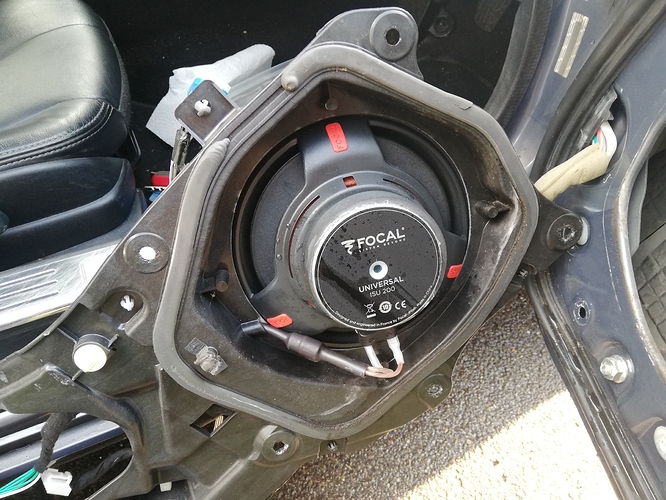 This then pools in the bottom of the speaker housing and seeps through he seal allowing water to run inside the door and collects on the rubber seal until the door is opened and he water then drips out.

So I need ideas.
I can’t just stick on a sheet of heavy duty polythene or similar as the speaker will blow it off when cranking out Electric Six at motorway volume.
I am wondering if the top part of the seal is meant to be missing an inch or so (see picture above) - if not maybe the water is dripping in there? Anyone know?
I could take the seal out and replace it with a glued on P section of rubber.
I could cover the top half with heavy duty plastic sheet, and hope it doesn’t flap and distort the audio.

I have not looked at the passenger side yet - as previously, I am not aware it has the same problem, be interesting to look at the top of that seal. I am now strapped for time for the next week, so might need to just leave it for a few days and come back to it next weekend, so if anyone has knowledge to share - would be much appreciated.

The inside of the door looks relatively clean for a twelve year old car, but I will add some more sound deadening and will give the bottom a spray with some wax when it arrives in the post. 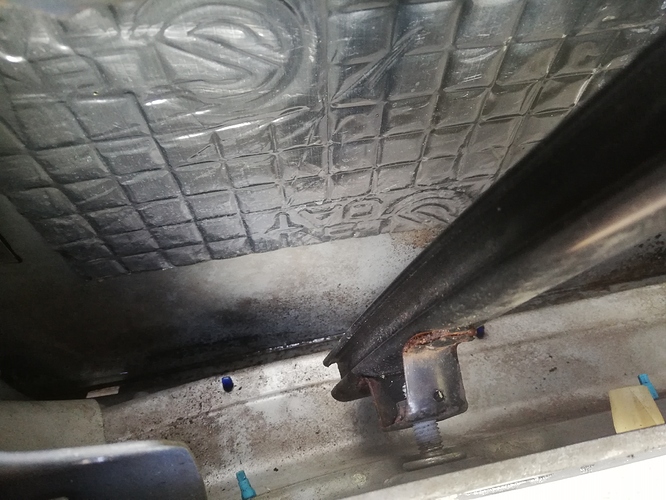 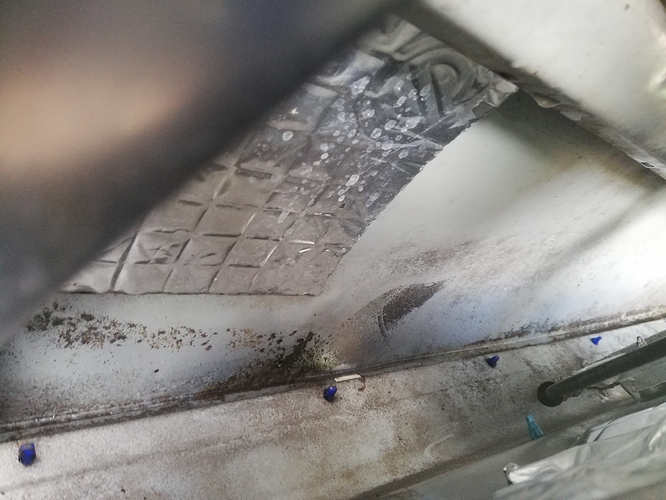 I’m trying to remember how the speakers went when doing mine, I fitted the JVC ones.
I definitely removed a water deflector from OEM speakers (it was stuck firmly in place) but I managed to part them and transfer to the new speakers.
I can’t see said parts on yours.

No, left the semi hard foam shields on the Bose when I sold them. Will have a think how to fabricate something similar.

Yeh, my speakers had a plastic shield on them, and I think I may have refitted them to the new speakers.
As for the seal along the top, I’m pretty sure that mine is the same with the gap.

I don’t drive in the rain, so I’ve not experienced the water drips.