I’ve been a forum member and an off on fully paid up member for about 15 years but have never really posted much. Mostly because I hate the sound of my own voice (typing) and convince yself nobody would be interested!

Anyway, what with the way of the world at the moment i’m trying to become a better person and more rounded

Having owned 4 Mk1’s in varius guises and states of decay when I was younger, in October I purchased this 2010 PRHT: 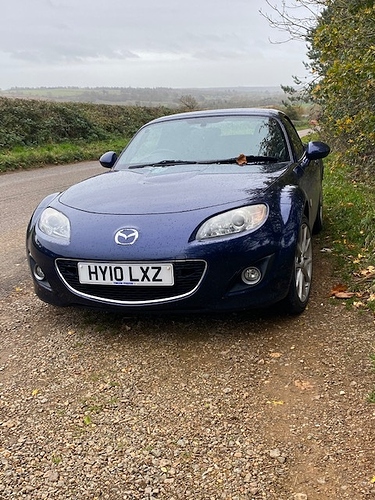 I ordered a BBR Turbo kit but then got made redundant, so cancelled said kit. (And then I got made un-redundant so ordered a Rocketeer kit. How does that happen!? - later!) Well, the BBR Turbo idea was me trying to be sensible but still getting more power and speed from my beloved MX5’s. However it wasn’t really what I wanted to do, tuning a MK1 had always been a dream of mine and I love v6 engines.

So, being the kind of guy that makes rash decisions, does things in the wrong order and then buggers it all up, I ordered the Rocketeer kit before i’d got myself a new MX5…as my mum would say, “Oh, Andrew…” Even though i’m 38 she still says that, thats one for my counsellor

Anyway, as I write this my new (old) MX5 is at my girlfriends house (she has a garage), and here it is: 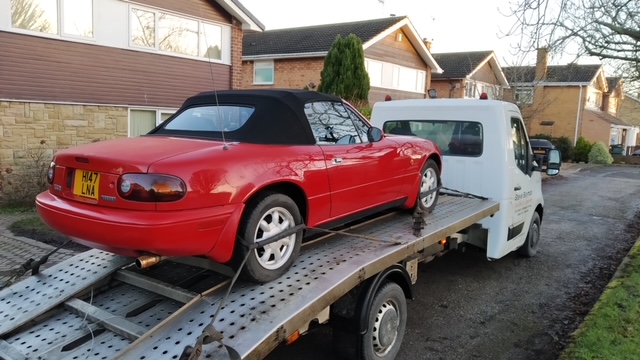 Its a 1990 Eunos, and is in fairly remarkable condition. The only ‘downside’ being that its an automatic. But after lengthy discussions with bruce and my conscience, buying the right shell is the key and i’ve got a good un. Well, I think I have. I’ve never seen it. Now, for some of you this will be a big no-no. You’ll be writing me off as a moron, sure to end up somewhere outside of Kettering in a ball of flames, roof down, gurning. I hear you. However, and without going in to it too much - Covid has been tough for all, i’m dealing with that and i’ve also got MS and suffer pretty badly with depression/anxiety (buying a car unseen didnt really help with that!), so after many man many email exchanges with the previous owner and over 100 photos of all parts of the car sent to me, a deal was done.

With reference to the mental health stuff, I know a lot of people on and off of this forum will be suffering from the same things; some of you will be willing to talk about it and other s won’t and thats fine, whatever works for you. I’m not going to talk about it to much because I know it can make people feel awkward or get the wrong idea of me (i’m certainly not looking for attention), but the idea of this post and the updates, is for me to do something out of my comfort zone whilst also providing interesting content to you guys!

I’m also going to start a YouTube vid thing of my Rocketeer build. I know they have been done before, but (from the ones I have seen anyway) the people involved seem to have some idea of what they are doing. I’m, I imagine, like a lot of you guys. A dreamer, likes the idea of being a mechanic, but isn’t one. So I hope my updates and videos will serve to motivate and inspire those of you, who like me, are less talented with a spanner.

If all of that fails, see you on the outskirts of Kettering in a ball of flames

Looking forward to your progress.
However, the word “sensible” has no place in your future reports.

More power to your elbow Fivealive.
Go for it.
Please link to your YouTube channel so that we can like and subscribe.
I shall follow along avidly as like you, I like to dream of being a bit mechanical.
There’s little doubt that the learning curve could be steep but there are plenty of folks on here with a wealth of technical knowledge who ought to be happy to help you succeed.
ATB,
Guy

Too right! On both counts!

Thanks Guy, i’ll try to make sure to keep on top of the posts

This will be great

It’s hard putting yourself ‘out there’ but like most things in life the more you do it the easier it becomes.

Well done for being brave & doing something most of us would dither about. And sorry to hear you have MS

Are you in RR at the moment?

Well, yes, is the short answer.

I went off my medication a year ago because of side effects but trying to get back on them and have an MRI is proving really tough because of Covid. I’m lucky, my symptoms are very mild - so i’m in no way complaining; the people going throguh having and dealing with Covid have it far worse than me, but I really would like to get back to having regular check ups and at least know im doing everything I can to keep it at bay.

I took the Eunos out last night for a first drive…happy happy memories of my previous NA’s.

And i’ve got to say this one is tight. It betrays it’s 30 years for sure.

However - and this wasn’t a surprise - automatic gearbox in an MX5. No. I know auto gearbox tech has moved on since then, but dear god. It is amazing to think that in a few/a lot/a considerable number of months, this car will have a different engine and a different gearbox and will feel completely different. But having driven it as a 1.6 auto, i’m very glad it isn’t staying as one

Anyway, she’s tucked up in my girlfriends garage (after I pressed the pop up light button 47 times), awaiting my house move and the delivery of the Rocketeer kit.

No doubt about it, Auto 5’s / Roadsters are a classic case of Marmite.
Never the less, they serve a purpose as in my personal case, of some people being able to enjoy them if they are not in able to drive a manual for any great length.
I can do around a couple of hours in my wife’s 2002 Sport, but then the legs begin to go numb thanks to being written off by a drunk 24 years back.

On the other hand, my 93 1840cc Auto with the later JatCo 'box is really a different kettle of fish. In position S with Hold depressed, it morphs into a pretty speedy tool…and plenty engine braking. X country it goes like a stabbed rat being kept between 4k-7.4k RPM…with the torque converter locked up. In fact, I’d say they compare apples with oranges.

I’ve had it 15 years, and never felt short changed…off the lights or anywhere else.
I did test a very nice early 1.6 like you have, and I agree…you had to send it an email through the throttle to waken it up. But, coming from a Monza 3ltr…you can imagine.

Even now, try if you need to to find a decent Mk3 paddle shifter, and you’ll be there all day.
There are reasons for that.

If you ditch the current engine, it still has currency as, with it’s low compressions tuned for torque, it was actually sought after back in the day by the turbo/ SC brigades. I’d say you’d sell it no worries…anywhere between £150-£250 quid if its a tight non-burner.

Hey, yes of course auto’s have a place for those that need them or prefer them , I didn’t mean to be rude. It just came as a bit of a shock! Your '93 sounds ace!

Like you say, I should be able to get a couple of hundred pounds for the engine and the gearbox which I can put towards tea and biscuits to get me throug the months ahead!

No offence taken at all!
Just a pity I cannot take you for a wee spin and buy you a burger…you’d laugh your backside off.
Here is the cheeky wee beasty.
Post restoration 2019. 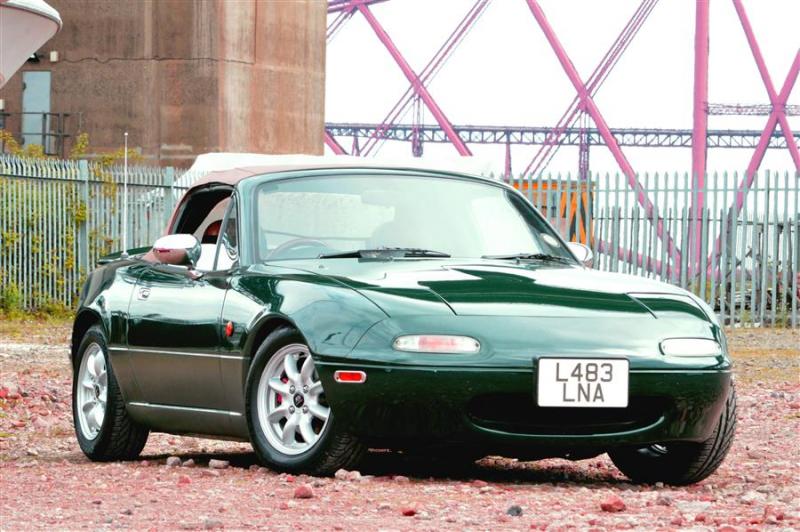 And I love burgers, and Scotland - so maybe one day!

Look forward to that then.

Very much enjoying this topic.
I am glued to my screen and eager to hear more.
Is the planning fun? I can picture you envisaging all of the future escapades with enthusiasm and fire, I know I am and it’s not even my project.
Have you gone for the fuel injection and carbon fibre intake plenums?
I would love to do ITBs on that engine.
I thought I’d read that an early iteration of the conversion used ITBs before they settled on their current system?

I haven’t ordered the engine yet although I have decided to buy the engine through Rocketeer. I know it’s ‘expensive’ in the sense that I could buy a 2nd hand engine for £500 on eBay, I just decided after watching other people’s experiences that starting from a position of strength with an engine seems sensible to me, so I can justify spending the money. Also because I plan on keeping it a long time, and making the car beautiful in every sense, I really really want to do the best job possible.

I am enjoying the planning although if I think about it too much, I get scared! Short term initial plans in some sense of an order:

Anyway, the kits should be shipping out this month, I just need to give Bruce an address to send it to

Oh wow! My swear word isn’t a swear word at all. Begins with a and rhymes with farce.

Haha yep! Great. I imagine I’ll be using 4r5e a lot. I’ll have to try it with similar words. 8ugger, whoop5ie dai5y and so on…